DES MOINES — Statehouse Republicans — fortified by 2020 election successes — are hoping this year to resume revamping state tax policy against a backdrop of revenue uncertainty as Iowa works to rebound from a deadly pandemic and damaging derecho.

The biggest question marks hanging over Gov. Kim Reynolds and the GOP-led Legislature are how soon and how effective will a vaccine for the coronavirus be in returning some semblance of normalcy, and how will government finances stand up to the COVID-19 ripple effect as they build a new state budget without the safety net of the one-time federal infusion of $1.25 billion in aid and billions more in emergency assistance.

“We’ve always approached it in a way for uncertainty,” Iowa House Speaker Pat Grassley, R-New Hartford, said in discussing GOP budgeting principles that has held spending below projected tax collections, though “we didn’t know that it would be this uncertain.”

“We have always tried to budget in a way where, if something unforeseen happened, we were prepared for it and thankfully we did, looking at the position that we’re in now,” he said in a recent interview.

That cautious approach likely will be on display again when the newly configured Iowa General Assembly convenes its 2021 session starting Monday.

State revenue projectors — with some concern over ongoing volatility — have estimated state tax collections will grow by 3.7 percent in the upcoming budgeting cycle. That growth has bolstered GOP resistance to calls for tapping into more than $1 billion in state emergency and surplus reserves to aid in Iowa’s COVID-19 recovery.

Key legislators indicated during pre-session forums that the financial toll of the pandemic on Iowa still isn’t fully known, so it would be best to take a prudent approach to setting spending levels or considering any state tax changes until hard-hit sectors of the economy and workforce are more fully recovered.

“I’m kind of in the ‘wait and see mode’ to see what the governor comes with, with her Invest in Iowa, if she’s going to move that forward or a variation of that,” said Rep. Lee Hein, R-Monticello, chairman of the House Ways and Means Committee.

At the same time, he indicated it may take six months or a year “to kind of see how things shake out with the virus and then we can move forward.”

Reynolds has not said whether she will resume her call for a major tax-swap plan that was sidelined when COVID-19 hit Iowa last March, but she did tell a taxpayers’ group recently that while the pandemic has Republican tax-cut plans on hold in Iowa, the pause is only temporary.

“As I’ve said time and time again, we’re not done yet,” Reynolds told members of the Iowa Taxpayers Association.

Likewise, Senate Majority Leader Jack Whitver, R-Ankeny, said as long as Republicans are in control of the Statehouse, efforts to reduce taxes and streamline government will be at the top of the agenda.

“We’re going to look at ways to continue to make our tax code better and continue to reduce taxes where needed,” said Whitver in a recent interview, “and so this session won’t be any different in that way.”

Reynolds has said Iowa is looking at the post-pandemic from a position of strength after finishing a rocky fiscal 2020 with a $305 million budget surplus and reserves topping $700 million. Following revisions in December by the state Revenue Estimating Conference, fiscal analysts in the Legislative Services Agency projected the state’s surplus could grow to $443 million and emergency reserves will be $784 million by June.

Sen. Joe Bolkcom, D-Iowa City, said the state should use the surplus to remove state taxes on unemployment insurance benefits paid to Iowans thrown out of work due to the pandemic, similar to the way that taxes were waived on Paycheck Protection Program to Iowa businesses and on federal stimulus checks of $1,200 and $600 that Iowans received or are slated to receive.

Also, with a slower then expected federal rollout of the COVID-19 vaccination program, Bolkcom said Iowa should devote surplus state resources to expedite the process of getting the vaccines distributed here as a top priority — especially schools, packing plants, grocery stores and other sectors with essential workers.

Doing that “is going to take more state resources, and we have the money,” he said. “We’re collecting taxes. (Republicans) want to stockpile it to give another tax cut to rich people. That’s what they do.”

Grassley said he would resist efforts to tap into the “rainy-day” fund or cash reserves because those one-time commitments would need to be repaid, which “will only tie our hands for the following year’s budget. If we’re going to be looking at any of those things, my opinion is that it needs to be done using the ending balances.”

The House speaker said he expects a number of proposals will be considered but in the context of maintaining a “responsible” budget.

“We’re going to have more strain and asks and requests on our budget than I think we’ve had in my time in the Legislature,” he said.

Reynolds has said it’s too soon to consider using state reserves and Iowa still has $47 million in federal CARES Act money to distribute. Also, recently enacted federal legislation will send Iowa and other states millions of dollars to distribute COVID-19 vaccines, pay for more testing, for food assistance and child care, and to perform other local public health functions.

“While the state of Iowa really is in great fiscal health when you consider the year that we just went through whether it’s COVID-19 or it’s a drought or it’s the derecho that hit a large majority of our state,” Reynolds told a recent news conference, “we’re not through COVID-19 and so we have to continue to monitor it very carefully and continue to see what the impact is to revenues.”

Reynolds declined an interview request for the bureau’s legislative preview series, breaking a long-standing tradition of the sitting governor meeting with Iowa reporters to discuss issues that might be addressed during the session.

Instead of meeting individually with Iowa news organizations, she plans to attend a roundtable discussion with members of the Iowa Capitol Press Association this week.

The plan — which Reynolds said amounted to an overall tax reduction — would still generate about $540 million a year for the state, with $172 million going to natural resources, conservation, outdoor recreation and water quality improvement. More than $80 million a year of it would be earmarked for mental health care.

“While the pandemic cut our discussion short on those and other tax reforms, I want you to know they’ve just been delayed, not forgotten,” Reynolds told the taxpayers association.

“I hope you know that we’re going to continue to look at tax cuts. Everything is on table,” she said. “We want to really try to be as bold as we can but be very fiscally responsible in doing that and being able to fund the priorities that we believe are important to Iowans.”

Legislative Republicans have indicated an openness to making tax policy changes and possibly easing or removing triggers in 2018 tax legislation that would accelerate some provisions.

But Whitver said Senate Republicans were “very, very hesitant” to raise the state sales tax “and it would have to be a very, very significant overall reduction to have that conversation.”

The constitutional requirement that three-eighths of a new sales tax increase goes for environmental and conservation programs would mean about $193 million. And having the state pick up $80 million of the counties’ $115 million mental health levy would combine for about $270 million in new state spending commitments.

Coupled with an overall $260 million cut in revenue, Bolkcom said that would create a $500 million-plus swing and a shift in tax burden to lower-wage workers to pay for government.

This story is part of a series previewing the upcoming session of the Iowa Legislature.

Wild sheep freed from his own wool in Australia

Wild sheep freed from his own wool in Australia

Lawmakers for years have refused to fund the Board of Regents’ full appropriations requests — at times delivering debilitating cuts instead — a trend likely to continue given the pandemic and number of spending requests expected.

As the state’s official student financial aid agency for more than 50 years, Iowa College Aid is limited in the type of external funding it ca…

Watch live with us as the Iowa Legislature opens its 2021 session.

The governor is expected to sound themes of optimism, economic rebound and resiliency, telling reporters “we are so ready to turn the page on 2020.”

In her Condition of the State address, the governor outlined legislation that would ban racial profiling by police, and also define punishments for anyone who participates in a riot or attacks law enforcement officers.

The bulk of the new money would go toward a three-year, $450 million plan that would expand accessibility to affordable broadband — “the biggest build-out in the country.”

Public debt in Iowa grows but still among nation’s lowest

The outstanding debt for state and local governments increased 4.8 percent to $17.9 billion in the last fiscal year, which puts it among the 10 lowest in the nation. 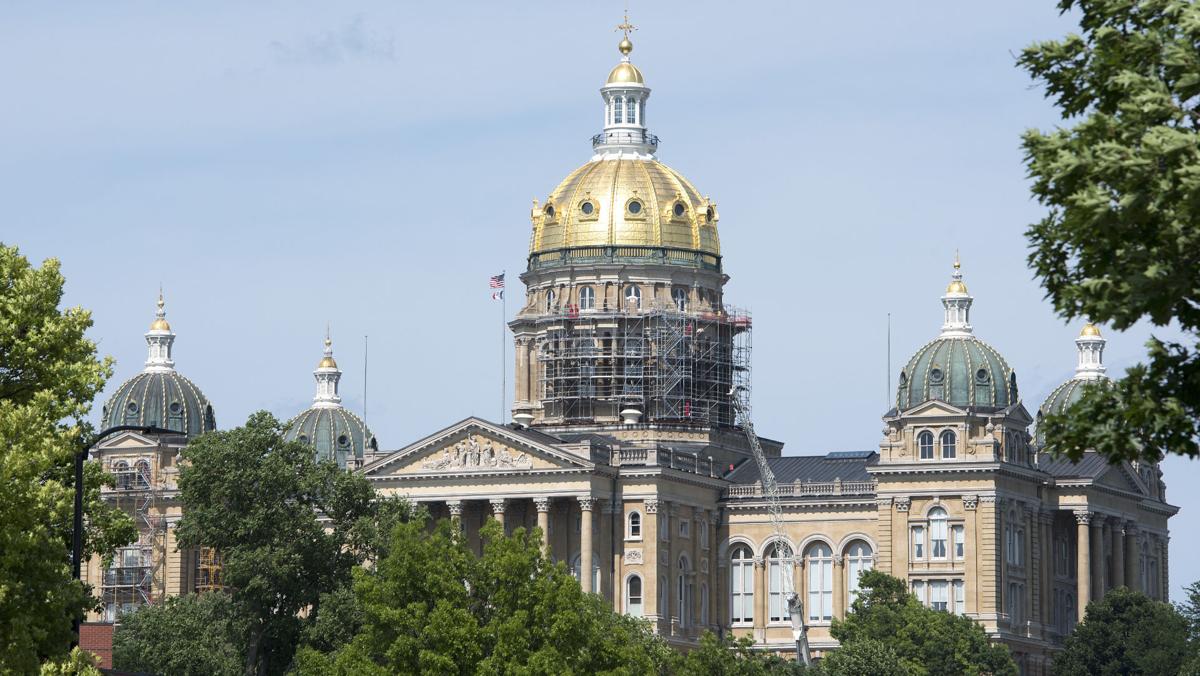 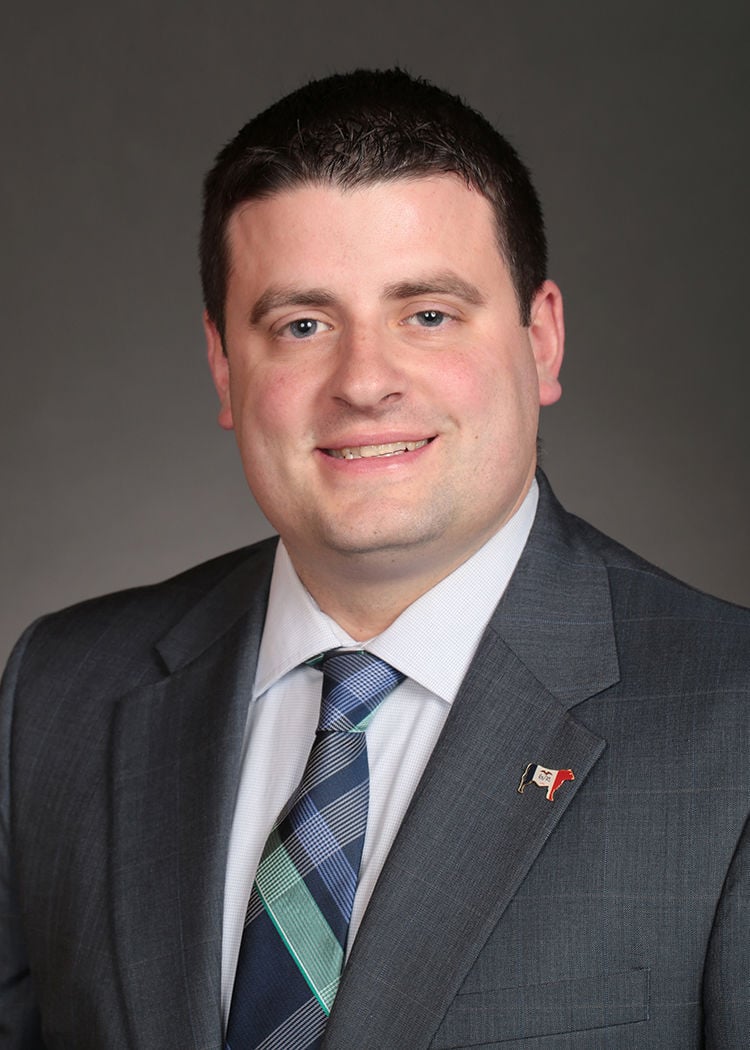 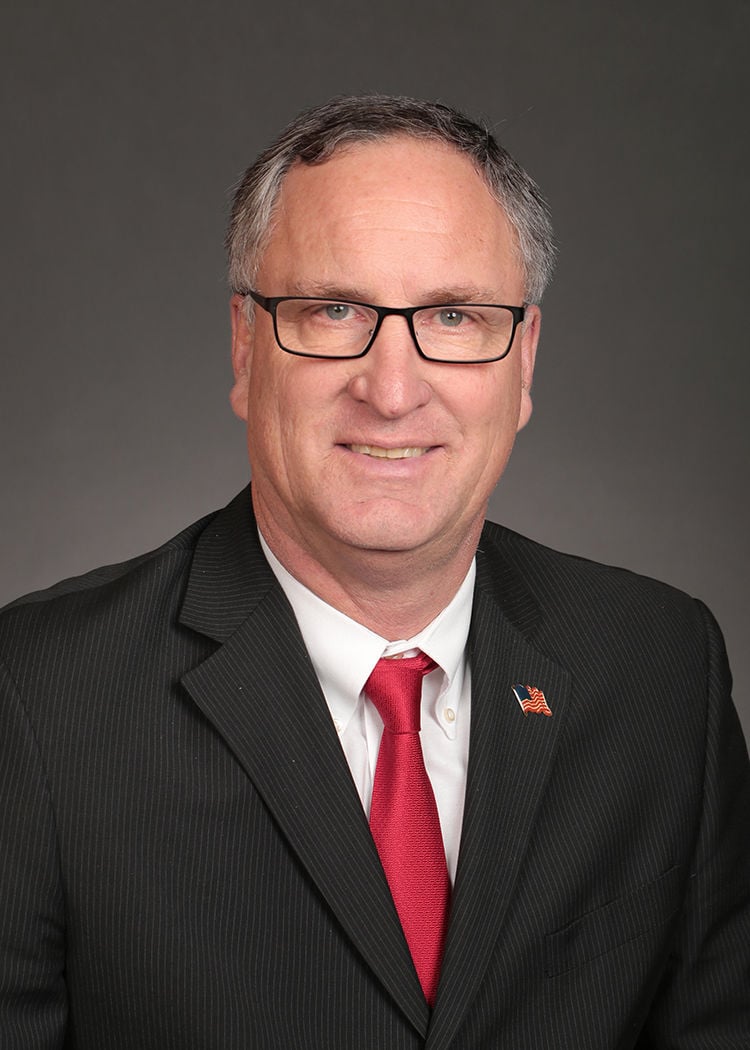 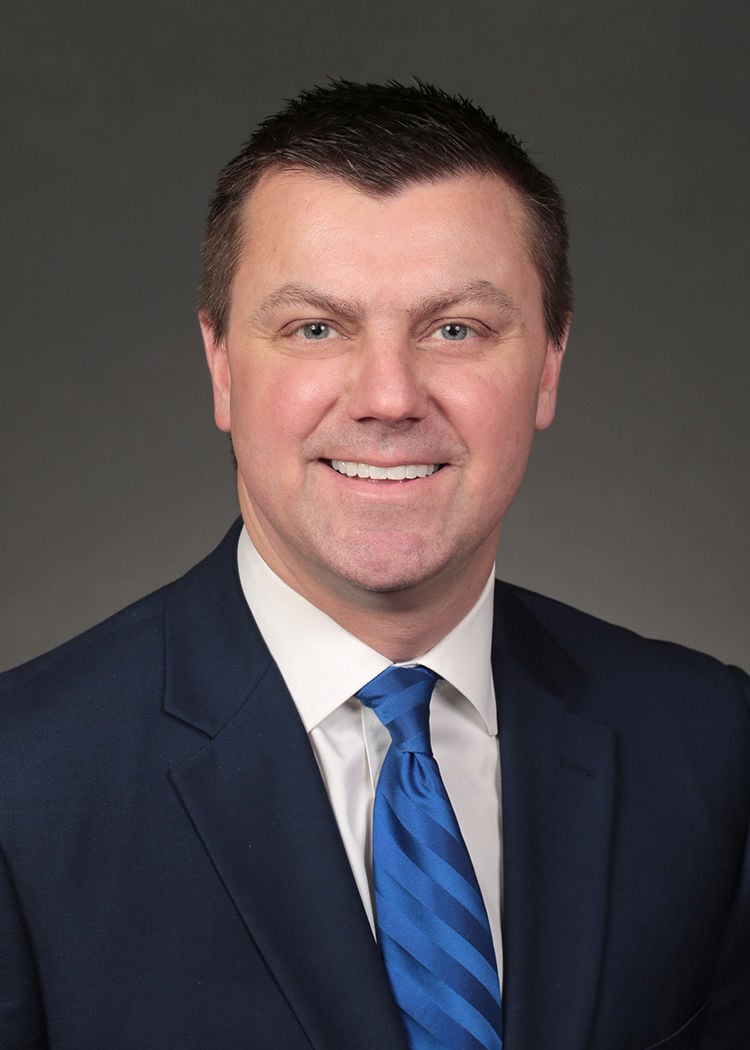 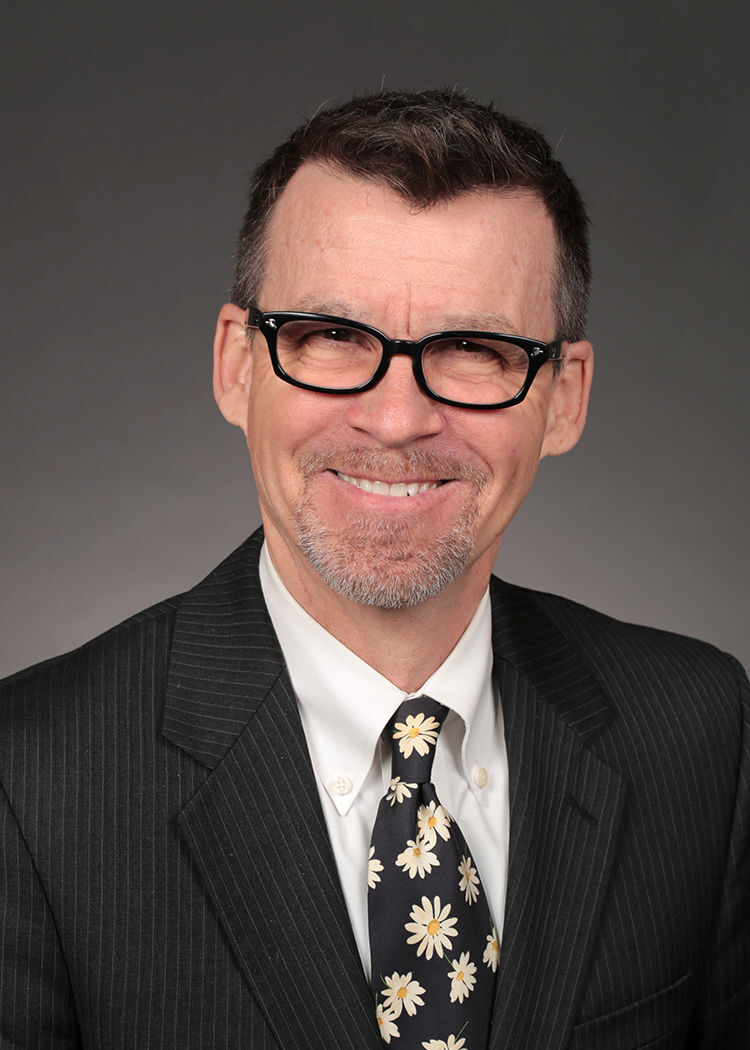