Odds are, Iowans, you don't mind a little bit of Black Velvet or Blue Ox. 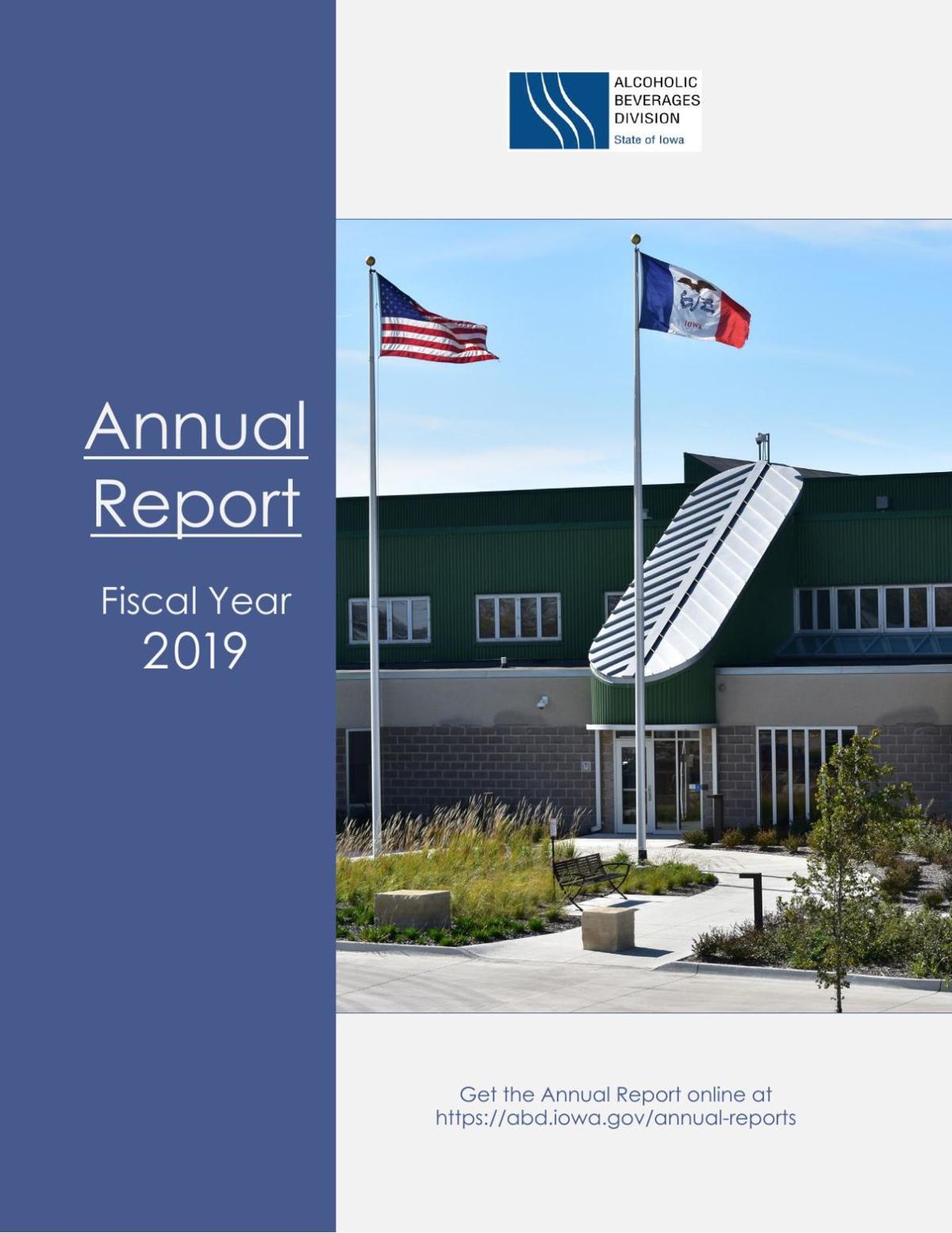 Black Velvet Canadian Whiskey continued its long reign as Iowa’s most popular liquor. The brand sold more than 160,000 cases in the most recent fiscal year, according to new data from the state department that monitors alcohol sales.

That’s comfortably more than the 109,000 cases of Captain Morgan Spiced Rum sold; it looks like the Captain is striking a runner-up pose.

Overall, liquor sales were up 6.1 percent over the previous fiscal year, the highest increase in at least five years, according to state data.

With $340 million in liquor sales, $126 million in tax revenue was transferred to the state’s general fund, according to the state Alcoholic Beverages Division.

“This report demonstrates that ABD continues to provide a significant return on investment to the citizens of Iowa,” division administrator Stephen Larson said in a statement. “The citizen-owned distribution model generated millions of dollars that will be used by the legislature for programs that benefit all Iowans, regardless of whether they choose to consume alcohol.” 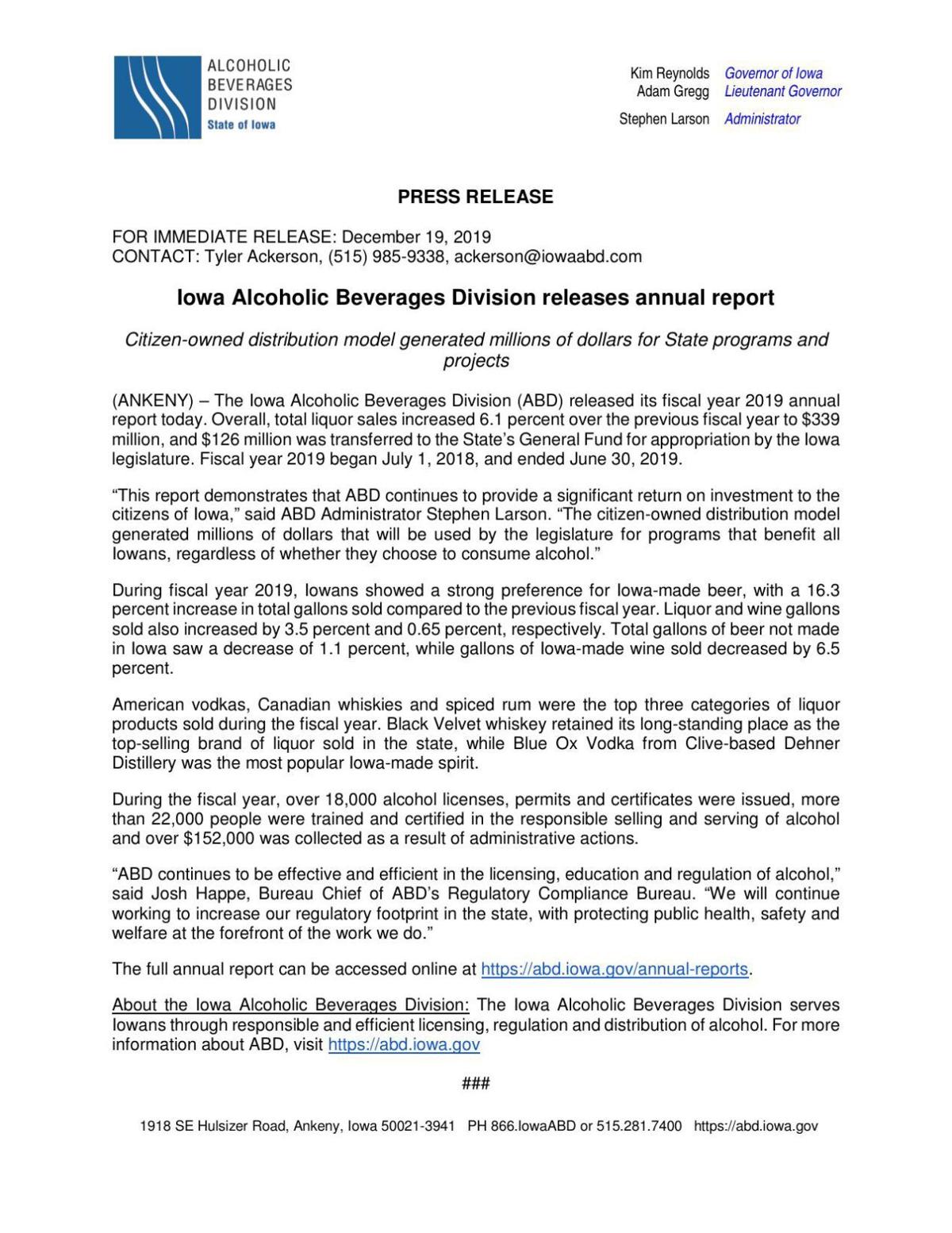 Fireball Cinnamon Whiskey, Tito’s Handmade Texas Vodka and Hawkeye Vodka round out the top five liqueurs sold in Iowa in the state fiscal year that ran from July 2018 to June 2019.

Blue Ox Vodka, made in Grimes, was far and away the best-selling Iowa-made liquor, with more than 12,600 cases. Templeton’s The Good Stuff 4-year Rye Whiskey sold more than 4,200 cases, and Cedar Ridge’s Blended Bourbon more than 3,200.

Iowa-brewed beers grew more popular during the fiscal year: sales were up 16.3 percent over the previous year.

But the purchase of Iowa-brewed beers remains a small sliver of Iowans’ spending on beer: just 1.1 percent of all beer purchases during the fiscal year, according to the state data.

A total of more than 71.5 million gallons of beer were purchased in Iowa during the fiscal year.

Iowa teacher accused of secretly recording 2 females at his home

Police officers searched the 58-year-old man's home and seized spy cameras from a bedroom and from a hallway. Video from October showed the man with his cellphone looking in the direction of the camera and then manually adjusting the its direction.

The display was put up by homeowner Donald Hesseltine. It depicts a military-garbed mannequin with a chainsaw, a can of Busch Light and an assault rifle firing at a snowman wearing a “Bernie 2020” T-shirt. “They’re crying, so I win,” he said.

Sheriff's deputies called to the home after the man had spent time in a hospital found 18 dogs and four dog carcasses on the property. The house floor was covered in several inches of feces, and the remains of two dogs were found in the kitchen.

The man was arrested after police were called to a home Monday morning. Officers dispatched to check on a domestic dispute there found the 45-year-old woman unresponsive. She was pronounced dead at the scene.

The Missouri Valley Republican, whose district includes parts of Ida, Monona and Woodbury counties, is an avid gun rights supporter who has often served as the front man for House Republicans on legislation designed to loosen gun regulations.

Iowa ex-teacher takes plea deal for having sex with student

Sheriff's officials said investigators have determined that the 31-year-old woman had sexual contact with the 18-year-old student during March and April 2018 at his home.