The first tragedy struck the nest near Garland in April, when someone shot and killed a female bald eagle.

Neighbors and strangers rallied, raising thousands for a reward. Game and Parks officers, Concordia students and Raptor Conservation Alliance members made regular trips to monitor the nest -- and the male eagle left to raise its chick alone.

“We were cheering hard for that father,” state conservation officer Dina Barta said. “He was doing such a good job taking care of that baby.”

Then Barta got a call on Memorial Day. A farmer checking his cows near the nest had found a dead adult eagle. When he sent her photos, she saw the metal bands on his legs and knew it was likely the single father.

Barta and others gathered that day beneath the nest, about 60 feet up in a roadside cottonwood. They didn’t see any signs of the chick, but the nest is deep -- 5 or 6 feet -- so they couldn’t be sure.

A crew from Norris Public Power brought a bucket truck from Seward and braved 35 mph winds to try to get a closer look, and to help, but fell a few feet too short.

“We gave him gloves and told him how to grab the bird, and they were really excited. But they had it extended as far as it could go, and could only get to the bottom of the nest.”

With volunteers searching for the baby bird on the ground, a Seward County sheriff’s captain brought the department’s drone.

Its camera showed the chick motionless in the nest, and its thermal imaging detected no heat.

Barta estimated the male eagle had been dead for 24 to 48 hours before the farmer found it. She examined it at UNL’s Veterinary Diagnostic Center and found no sign it had been shot or suffered from bird flu.

She believes it came in contact with the power line it was found beneath, though that’s hard to prove with a necropsy.

It’s also unclear how the chick died, but it could have gone too long without food, she said.

The nest had been a local landmark, its resident eagles raising chicks year after year, fishing in a nearby farm pond and building a fan club. On Memorial Day, a man and his grandson stopped and told Barta they made daily trips to watch the eagles. Another told her the pair got him through the COVID-19 pandemic.

But in a span of six weeks, they were all gone.

“There were a lot of heartbroken people,” Barta said. “There's a lot of people that really enjoyed watching these birds, and the whole family perished because somebody shot the female.”

Photos: Birds you can spot in Nebraska

The sample taken from Jody Weible's dining room showed the presence of 11 of the 14 pesticides that have also been found in high concentrations at AltEn, the now-closed ethanol plant near Mead.

Bees took advantage of the unusual exterior of the Omaha home and entered through a hole in the mortar. About 6,000 of them were removed — safely — from the 100-year-old house.

Biologists are trying to determine why the state's wild turkey population has dropped 45% since the late 2000s.

At a special meeting last week, the board appointed Gary Olson to serve in the role until the end of the year.

'The victory has been realized': Longtime anti-abortion activists in Lincoln celebrate end of Roe

"I didn't think it would take this long," said the 88-year-old Shirley Lang. "There have been people praying all over America to undo this because it is wrong."

The airport has made it through nearly 100 years at the same spot east of Carter Lake and with a $600 million update on the way, it’s not moving.

Abortion rights proponents said abortion remains legal and accessible in Nebraska in the wake of Friday's decision by the U.S. Supreme Court, and that they will work to keep it that way.

Tornadoes were confirmed in York and Cass counties, but damage from several other suspected tornadoes in Nebraska was instead the result of straight-line winds.

Title IX in Nebraska: UNL and most other colleges still fall short of parity

Even Nebraska’s juggernaut volleyball team faces NCAA rules that bar players from receiving access to coaches or room and board during off-season summer training — rules that don’t similarly apply in football. 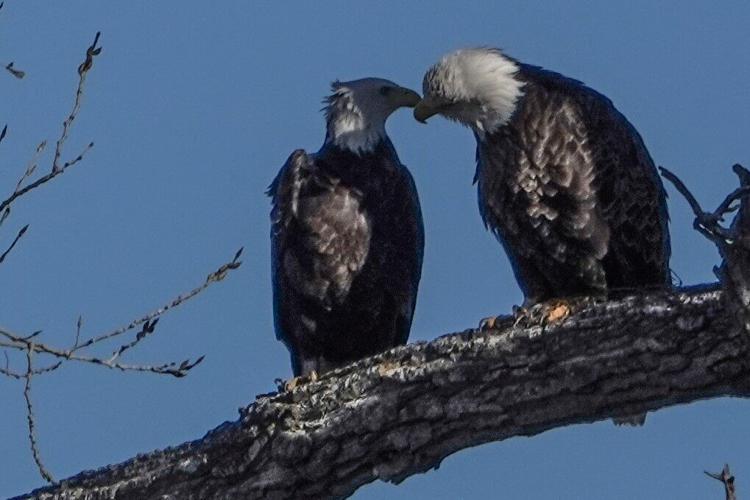 The pair of eagles were fixtures near Garland. 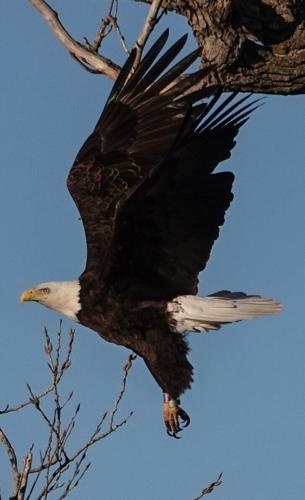 The male eagle's tell-tale leg bands are visible in this photo. It was found dead on Memorial Day.