DES MOINES -- Iowa farmers were having a tough go of it well before the novel coronavirus made its way to the United States.

Then the global pandemic made matters significantly worse. COVID-19, the disease the virus causes, has claimed over 50,000 lives in the United States and 112 in Iowa since it was discovered here March 8.

States have enacted drastic policies in an effort to slow its spread. While public health officials and experts credit those policies with saving lives, the policies also have dramatically altered the lives of every American and the way the nation’s food supply chain operates.

With schools, restaurants and other businesses closed, demand for food is down, causing excess inventory and even lower prices. People increasingly shopping and sometimes hoarding at grocery stores have not made up the gap.

“This is brand new for us because the demand was always there,” said J Schanbacher, a third-generation dairyman whose Schanbacher Acres family farm is near Atkins in Benton County. “Now we have a demand problem.”

The virus could cost Iowa’s agricultural economy more than $6 billion, according to a study from Iowa State University’s Center for Agricultural and Rural Development.

“Spring is normally a very optimistic time, a hopeful time for farmers as they prepare the fields to get crops out there. But this is no ordinary spring as we know,” Larew said recently during an online news conference hosted by Iowa-based Focus on Rural America, a liberal-leaning ag policy group. “And this is coming on the heels of some really tough past years. Farmers are financially stretched to the brink across all commodities and livestock. And the recent disruptions and market changes are just sending those operations in more dire straits at this time.”

The ISU study said if social distancing policies remain through the rest of the year, the state’s ethanol and hog industries both stand to experience more than $2 billion in losses. The study projects the corn industry would incur $788 million in losses, cattle $658 million and soybeans $213 million.

Chad Hart, an agriculture economist at ISU and one of the co-authors on the economic impact study, said the state’s ag sectors are experience revenue losses between 15 and 50 percent.

“The depth of the dip is quite dramatic,” Hart said on the latest episode of “Iowa Press” on Iowa PBS. “We’re seeing some of the largest cuts in our meat industry and our energy sector. But all phases of our agricultural economy are feeling the effects of COVID-19.”

“It’s a challenging time in agriculture, especially … for dairy, egg and livestock producers and our renewable fuels industry,” Iowa Agriculture Secretary Mike Naig said recently during a telephone town hall with Iowa farmers, hosted by U.S. Sen. Joni Ernst. “Make no mistake, this pandemic impacts all of us. The supply chain disruptions are threatening our livelihood, and some farmers we’ve been hearing about have been forced to dispose of some of the products that they worked so incredibly hard to produce.”

The challenges facing hog farmers have become especially pronounced over the past two weeks as coronavirus outbreaks have hit pork processing plants in Waterloo, Columbus Junction, Perry and also just across the state’s borders in Illinois and South Dakota.

Many of the plants shut down temporarily to make them safer for workers, and when they reopen some are operating at less than normal capacity, Gov. Kim Reynolds has said.

That slowdown has left hog farmers with too many hogs. Reynolds said last week that some farmers have become faced with having to decide whether to euthanize some of their hogs.

“Iowa’s pork industry is in dire straits,” Ernst said in a statement, adding that she has pressed the federal ag department to support hurting pork producers. “With a system designed for just-in-time delivery, this important sector of our state’s economy has been turned on its head due to meat processing plant closures across Iowa, and the Midwest. Our producers are now facing difficult and devastating decisions that can lead to them literally throwing out their livelihoods.”

With Americans practicing social distancing and not traveling as much, gas sales and prices have plummeted, damaging Iowa’s ethanol industry. Hart said he is aware of at least nine ethanol plants in Iowa that have shut down, and many more have slowed their production.

“Along with that the ethanol industry is facing the sort of implosion of the oil market,” Hart said. “When you think of oil prices going negative earlier this month, the idea is there are all sorts of economic pressures that are also pushing down on the ethanol sector here. So we’re seeing losses not only in terms of production, but in pricing and concerns about long-term demand for the product.”

Vilsack is president and chief executive of the U.S. Dairy Export Council, and is a former Iowa governor and U.S. agriculture secretary.

Vilsack said closing schools and restaurants and limiting fast-food restaurants to drive-through and carryout has reduced demand for dairy by roughly half.

Farmers are dumping as many as 3.7 million gallons of milk each day, according to an estimate from the Dairy Farmers of America, a national marketing cooperative.

Schanbacher Acres sells to a dairy cooperative that in turn supplies manufacturers that make, for instance, cheese and butter.

“We have not been asked to dump milk, but I think every farmer in the co-op has had the conversation with their field representative,” Schanbacher said.

The lack of demand could cause dairy farmers like him, he said, to take a closer look at their herds and consider selling some of the less profitable cows for beef.

Advocates and elected officials continue to press the federal government for assistance, while others have begun to question whether the pandemic has shown that the structure of the nation’s food supply needs an overhaul.

On the telephone town hall with Iowa farmers, meantime, Naig tried to strike a hopeful tone.

“We know that agriculture is no stranger to adversity and managing through risk, and by working together that we’ll help our neighbors in need and we intend to come out of this stronger on the other side,” he said.

The governor said she is easing restrictions on eateries, malls and a limited number of other businesses effective Friday in 77 counties where data on the spread of coronavirus points to a stabilization or downward trend in positive cases.

Some Sioux City boards and commissions meet; others on hold amid COVID-19 pandemic

The move to digital meetings for some authorities came on the heels of a health emergency declaration issued last month by Gov. Kim Reynolds that allows government at all levels to hold public meetings via electronic means. 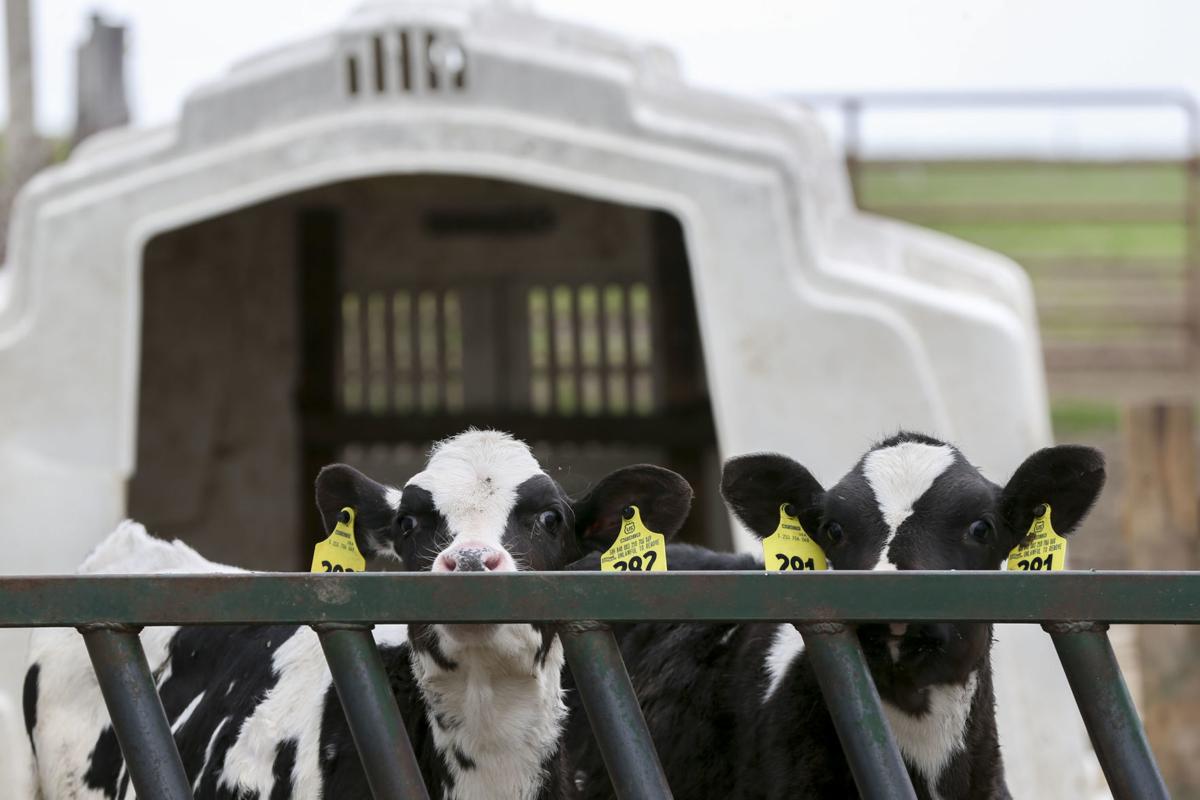 Calves watch from their pen at Schanbacher Acres dairy farm in Atkins, Iowa on April 16, 2020. J. Schanbacher is a third-generation dairy farmer whose grandfather purchased the farm where J and his family now live. Schanbacher has been keeping an eye on dairy futures and worries about what next month will bring as dairy farmers around the country struggle with with disruptions in the dairy supply chain. 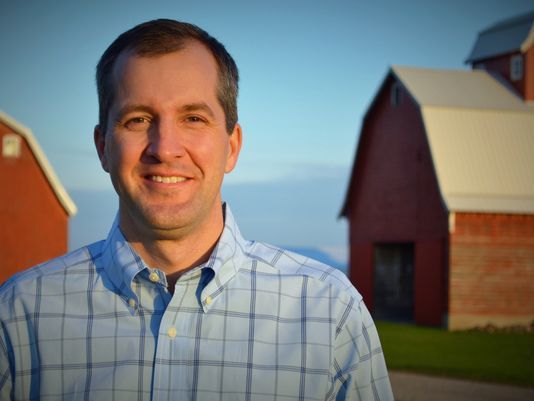