DES MOINES -- Majority Senate Republicans approved a resolution Thursday giving Iowa voters a chance to amend the state constitution to state there is no fundamental right to abortion or public funding of the procedure, saying the amendment is a way to “right a wrong” by “activist” Iowa Supreme Court justices.

Sen. Jake Chapman, R-Adel, said Senate Joint Resolution 2001 is needed to correct a judicial “overreach” by the Iowa Supreme Court that “usurped” legislative authority by “inventing” a right that did not exist before the court’s 5-2 ruling to strike down an abortion limit in 2018.

Senators, on a 32-18 party-line vote, approved a proposed amendment that eventually could come before Iowa voters to declare the Iowa Constitution “shall not be construed to recognize, grant or secure a right to abortion or to require the public funding of abortion.”

“We respect the right of the people to express their will,” said Sen. Julian Garrett, R-Indianola.

Minority Democrats argued the overreach was by GOP senators who were injecting government into private medical decisions that should be reserved for women, their families and their doctors by promoting a constitutional change intended to ban all abortions in Iowa.

“This resolution is one of the most extreme attacks on women’s health care in Iowa history,” Bolkcom added during a fiery floor speech. “If you all have your way, Taliban women will have more reproductive freedom and control over their bodies than freedom-loving American women.”

Rep. Zach Whiting, R-Spirit Lake, said Thursday’s action was necessitated by the Iowa Supreme Court’s “tortured legal analysis” in a split ruling that struck down a law requiring a 72-hour waiting period before an abortion.

Justices wrongly found that women in Iowa have a fundamental right to make medical decisions for themselves, he said, and that any state effort to restrict rights must clear the “strict scrutiny” of serving a compelling governmental interest.

Because of that “activist” outcome, Whiting said, it falls to the Legislature to act on behalf of Iowa citizens to “go back and try to fix it” by amending the constitution.

Chapman said the 2018 court ruling represented an “illegitimate” change to the constitution when “the people of Iowa are the only political power with the authority to change and amend the Iowa Constitution.”

Gov. Kim Reynolds, an Osceola Republican, expressed support for the constitutional amendment during her Condition of the State address last month.

The joint resolution must pass both the Iowa Senate and the Iowa House in exactly the same form this session and then win support of the 89th Iowa General Assembly elected in November before the measure would come before Iowa voters, as early as the 2022 general election.

Sen. Randy Feenstra, R-Hull, said arguments made by Democrats during a two-hour floor debate that featured 18 speakers suggested a large majority of Iowans favor abortion rights for women. If that’s the case, he said, a vote on a constitutional amendment should be a “slam dunk,” so “what are you scared of? We want to take it to the people and let the people decide.”

The issue now moves to the Iowa House, where Republicans hold a 53-47 edge.

House Speaker Pat Grassley, R-New Hartford, said his GOP caucus is decidedly pro-life but they view the joint resolution more as a separation of powers issue than an abortion amendment.

“This is about separating the powers and the decisions that are made by the court and the Legislature taking its power back,” he told reporters Thursday. “So this really is broader conversation than just what’s being focused on.”

Both sides in Iowa abortion debate see a larger battle

Three abortion-related bills were approved on party-line votes in a Republican-controlled House committee on Tuesday, while GOP senators advanced a separate measure in that chamber. 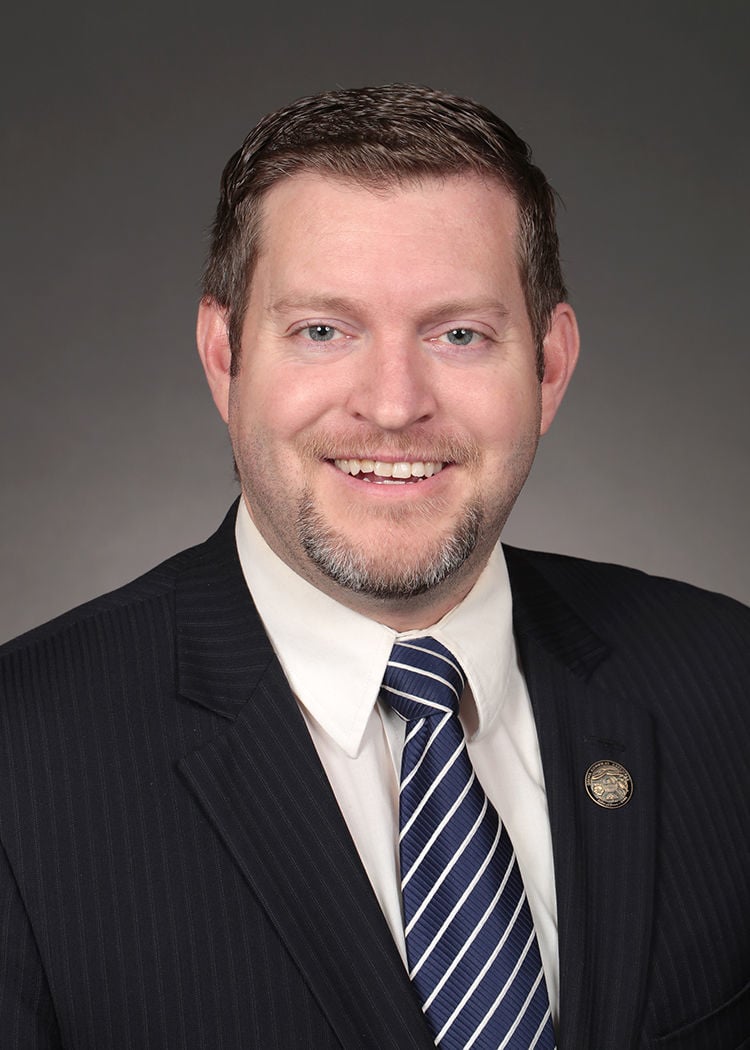