DES MOINES — Iowa Gov. Kim Reynolds’ office said Thursday that 19 refugee children were flown to Des Moines and transported to sponsor families last month, despite her previous rejection of a federal request that immigrant children be housed in Iowa.

Reynolds, a Republican, and Democratic U.S. Rep. Cindy Axne both said the federal government withheld information on the flight despite repeated requests from their respective offices.

Reynolds’ office on Thursday said the federal government on multiple occasions denied the April 22 flight was part of a federal refugee settlement program, only to confirm on May 21 that it in fact was.

In a news release, Reynolds’ office laid out a timeline of the flight that brought refugee children to Iowa and the questions around it.

According to the governor’s office:

• On May 2, the state became aware of an April 22 flight that landed in Des Moines and carried “unaccompanied minor children.”

• After reviewing surveillance footage, the state on May 6 reached out to multiple federal agencies.

• Federal agencies on May 7, May 10, and May 11 told the state the flight was not a federal immigration flight.

• The state reached out to U.S. Sen. Chuck Grassley’s office on May 14, and three days later a federal immigration agency told Grassley’s staff it was not involved in the flight.

• On May 21, the federal Health and Human Services’ Office of Intergovernmental Affairs and Office of Refugee Resettlement, which had issued the May 7 and May 10 denials, confirmed to Sen. Grassley’s office that the April 22 flight in question was in fact one of its flights. The agency confirmed 19 children were flown from Long Beach, California, to Des Moines. Two buses transported the children to various locations to join their sponsors.

A Grassley spokesman confirmed the details involving his office.

In the news release, Reynolds said she and Tennessee Gov. Bill Lee, both Republicans, have joined Grassley’s call for a U.S. Senate judiciary committee hearing on immigration issues at the U.S.-Mexico border. Refugee children also were recently settled in Tennessee, according to Reynolds’ office.

“These experiences sow seeds of mistrust in our communities, and work to intentionally subvert the will of the people for a secure border and a clear, lawful immigration process,” the governors wrote in their letter to Grassley. “Additionally, the federal government’s failure to provide advance notification to states places an undue burden on our law enforcement partners to determine whether these types of flights constitute a criminal act of human trafficking or the federally-sponsored transport of vulnerable children.”

Axne joined Reynolds in criticizing the federal government for its responses --- or lack thereof --- to Iowa officials and in the call for further investigation into the matter.

“The lack of transparency and accountability from our federal immigration officials regarding the April 22 flight from Long Beach to Des Moines is totally unacceptable,” Axne said in a statement. “As this new administration tries to rebuild trust and fix our broken immigration system, denying the existence of a taxpayer-funded flight carrying migrant children into our community will only undermine the integrity of that mission, and will unfortunately provide fodder to those who would use this episode only to feed the disinformation and conspiracies related to our current immigration policies.”

Reynolds earlier this year said she rejected a request from Democratic President Joe Biden’s administration to accept migrant children into Iowa. In 2019, under Republican President Donald Trump, Reynolds consented to accepting refugees from the federal government.

“This is not our problem. This is the president’s (Biden’s) problem,” Reynolds said April 8 on WHO-AM radio in Des Moines. “He’s the one that has opened the border and he needs to be responsible for this and he needs to stop it.”

The Iowa Democratic Party issued a statement that criticized Reynolds’ previous refusal to accept refugee children and her statement Thursday.

“Gov. Reynolds does not care about the well-being of migrant children brought into Iowa, she said so herself back in April. She’s only focused on dividing and distracting Iowans from her own record and using a fake crisis to further attacks on our friends and neighbors,” Democratic state party chairman Ross Wilburn said in the statement. “Iowa Democrats want to solve the real problems within our own state borders, not play partisan politics that only seek to divide us further.”

Former Iowa Gov. Terry Branstad, a Republican, in 2014 said he would not seek the removal of immigrant children who had been relocated to Iowa, but criticized then-President Barack Obama, a Democrat, over what he said was that administration’s lack of transparency.

ABERDEEN, S.D. (AP) — A federal judge in South Dakota on Monday criminally charged three members of the U.S. Marshals Service with contempt of…

DES MOINES — The terrorists rode on motorcycles to the home in Afghanistan. They wore masks and carried guns. They came upon a little boy, gra…

As prospects for a federal voting rights bill flounder, Iowans who prefer to vote early will likely face more difficulties casting a ballot in…

A 34-year-old Cordova man was shot and killed Wednesday in the presence of his pregnant wife, her 8-year-old son and her 7-year-old daughter.

Democratic State Auditor Rob Sand says he is praying for guidance while “trying to keep an open mind” about the 2022 gubernatorial race.

Reynolds decries ‘middle of the night’ flight of refugee kids

A St. Angsar man and his Minnesotan son were arrested Friday morning for their alleged involvement in the U.S. Capitol riot on Jan. 6.

After a ruling in their favor from Nebraska's highest court, Kelly Hoagland and Maria Salas Valdez were finally able to adopt the child they had been raising since birth. 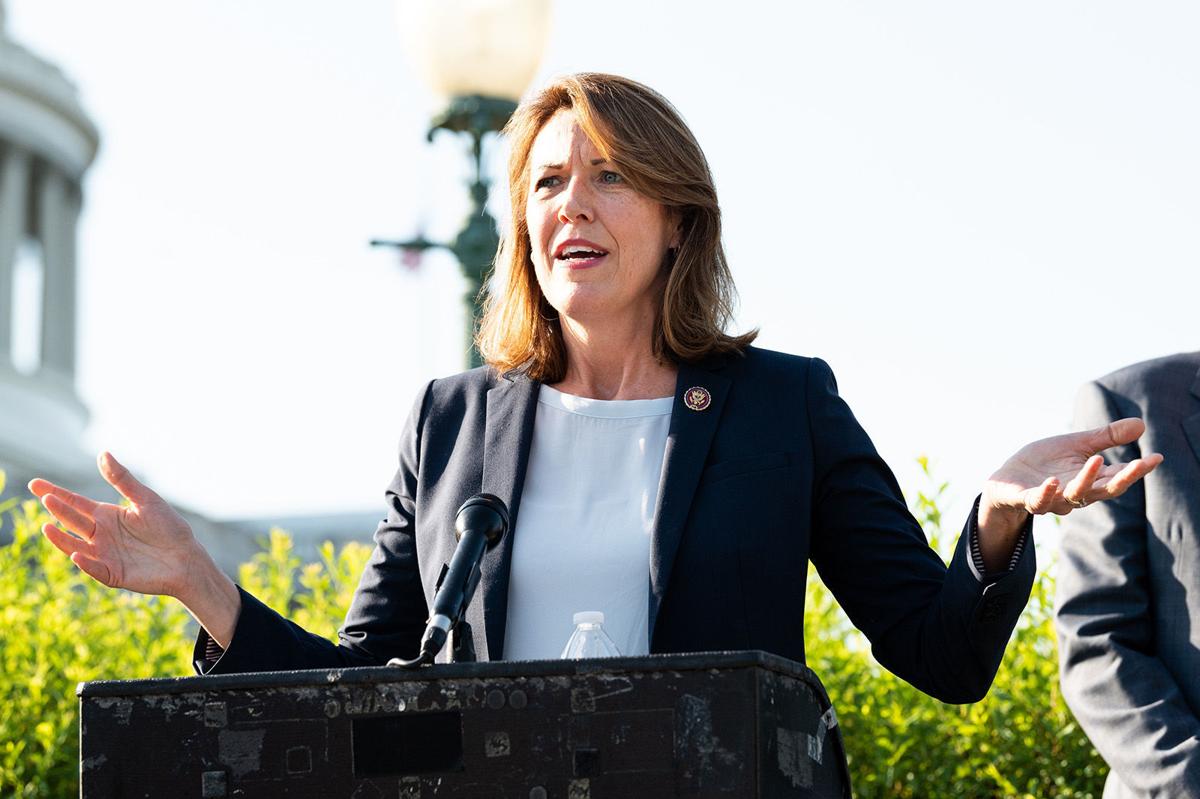