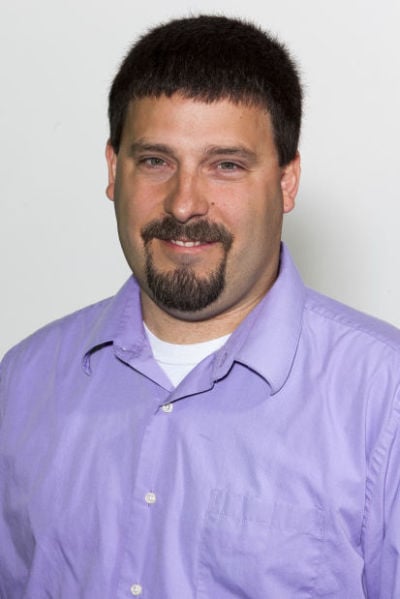 Iowa Gov. Kim Reynolds speaks at a news conference on the state's guidance for returning to school in response to the coronavirus outbreak Thursday in Des Moines.

Iowa Gov. Kim Reynolds’ public approval rating for how she has handled the new coronavirus pandemic is the lowest of any U.S. governor, according to a new survey.

Just 28% of Iowans said in July that they approve of the way Reynolds is handling the coronavirus outbreak, according to the survey.

That’s lower than any other governor’s pandemic response approval rating in the latest report, and a sharp plummet from the 54% of Iowans who in the same survey in April said they approved of Reynolds’ pandemic stewardship.

The national average of governors’ pandemic response approval ratings is 51%.

The survey is part of the COVID-19 Consortium for Understanding the Public’s Policy Preferences Across States, a joint project of Northwestern, Harvard, Rutgers and Northeastern universities. The project has been surveying Americans on the pandemic since April.

For the most recent report, the project surveyed more than 19,000 Americans across all 50 states from July 10 to July 26. The margin of error for Iowa’s results is plus or minus 6 percentage points.

Reynolds’ pandemic response approval rating fell from 54% in April to 36% in May. It held steady there at 36% and 37% over the next two surveys, then dropped again to 28% in the July survey.

That number puts the Republican governor on par with Republican President Donald Trump: 29% of Iowans approve of the president’s handling of the coronavirus outbreak, according to the survey.

However, unlike Reynolds, Trump’s approval rating in Iowa, while similarly low, is also on par with the national average: 32% of Americans approve of Trump’s handling of the outbreak.

One of the study’s co-authors surmised the approval ratings favor governors who have been more cautious in their pandemic response efforts.

“In general, governors that have sought to reopen have been out in front of their citizens. They’ve moved faster than the public was comfortable moving,” Matthew Baum, the Marvin Kalb professor of global communications at Harvard’s Kennedy School and a co-author of the study, told The Hill. “The governors who are doing really well are the ones that have acted most proactively.”

Reynolds’ first order of widespread business closures was on March 17. She began loosening those restrictions in some parts of the state just more than a month later, on April 27.

Erin Murphy covers Iowa politics and government for Lee Enterprises. His email address is erin.murphy@lee.net. Follow him on Twitter at @ErinDMurphy.

FROM THE EDITOR: Entering a new era, we haven't forgotten our print readers

As you already may know, our Monday and Tuesday editions of the Sioux City Journal will be online only beginning this week.

PATRICK BUCHANAN: Pendulum may be swinging back

Since the death of George Floyd beneath the knee of a cop in Minneapolis on Memorial Day, the nation has been instructed by its cultural elite…

I begin with a personal story to make a greater point.

OTHER VOICES: Iowa ag offers solutions to many of world's challenges

When Vice President Calvin Coolidge ascended to the presidency on the death of Warren Harding in 1923, a wag remarked that Silent Cal's career…

MARK SHIELDS: One missing group of voters should signal alarm for Trump

Political polls elicit predictable reactions from the candidates being polled. The campaign of the candidate trailing in the poll almost invar…

The critical role of outdoor spaces and nature has been highlighted in recent months, underscoring the need to conserve, maintain and improve …

Capping a week of deserved tributes, the funeral for Rep. John Lewis in Atlanta's historic Ebenezer Baptist Church brought me back a quarter-c…

Iowa Gov. Kim Reynolds speaks at a news conference on the state's guidance for returning to school in response to the coronavirus outbreak Thursday in Des Moines.