That, as you may recall, was the explanation attorney Joseph Hurley offered last week at a court hearing for his client, accused Capitol insurrectionist Anthony Antonio, who is facing five federal charges for his role in the attack. “You want war?” he reportedly yelled to police. “We got war! 1776 all over again!”

But as it turns out, the fact that he allegedly broke into the Capitol and threatened police wasn’t Antonio’s fault alone. As Hurley told the court, Antonio “believed what was being fed to him” on Fox News. Meaning the smorgasbord of lies, slanders, calumnies, hogwash and fraud the network has served up for 25 years. In the wake of last year’s election, it devoted that talent for mendacity to a dumb, but dangerous, thesis: Donald Trump was cheated of victory by massive fraud.

“I got wrapped up in what was being told to me and what was on the TV,” Antonio, newly contrite, told CNN Monday night.

In other words, he had contracted Foxitis.

Well, beg pardon, but if Antonio had “Foxitis,” then Osama bin Laden had “jihad-itis.” If that sounds ridiculous, it’s because you cannot imagine a Muslim terrorist trying to explain his fanaticism as some pseudo disease. He would know he had zero chance of empathy. In fact, if Antonio were revealed as a Muslim terrorist, we’d know exactly the word to use for the forces that influenced him. We’d say he was radicalized.

The more bellicose among us would already be demanding congressional hearings into that radicalization. And calling upon leaders of his community to disavow him. And pushing for surveillance of places where people who think like him congregate.

Not to put too fine a point on it, but there will be no congressional investigation into the impact of Fox “News” or any of its fellow travelers. No one will demand the city council of Naperville, Illinois, repudiate this particular citizen. Nor will the FBI send agents to chat up the locals over breakfast in farm-country diners.

Because Antonio wasn’t really “radicalized,” right? He only had Foxitis, which sounds like something you clear up with a shot of penicillin. The fact that Hurley frames his client’s actions in such relatively benign language suggests he is depending on us to regard Antonio with the same myopia that allowed the Capitol to be breached in the first place.

Meaning, a myopia that blinds us to threats when they don’t fit certain predetermined parameters. Many observers — not least among them, the Southern Poverty Law Center — have raised the alarm about the danger of right-wing terror for years, only to be largely rebuffed by a nation that seems to see a potential for violence only in police-brutality activists and followers of Islam. Note that in the days ahead of the riot, Capitol police ignored clear-cut warnings from the FBI. Note also that the Capitol’s defenders were denied backup and riot gear — even as the mob was surging through the building.

There are none so blind, says the proverb, as those who will not see. This particular refusal to see has survived Oklahoma City, Charleston, Charlottesville, El Paso, Poway and Pittsburgh, among others. There is every reason to believe it will even survive this. Certainly, that’s what Hurley is banking on.

But to whatever degree we accept his framing, we become complicit in minimizing the most serious threat to the U.S. Capitol since 1865. So, yes, let us talk about “Foxitis.” Or, here’s an even better idea.

During my four-year stint on the Sioux City Council, back in the early 1990s, the majority of our five-member team spent a lot of time on qual…

LEONARD PITTS: The right to vote is fundamental to our American democracy

CAL THOMAS: Wisdom is in short supply in era of political correctness

In an era of political correctness, virtue signaling and woke-ness, wisdom is in such short supply that when discovered it stands out like a b…

Speaking in Tulsa on the 100th anniversary of the racial atrocity there, Joe Biden belatedly turned to the issue of voting rights, to explain …

PAT BUCHANAN: What Is America's cause in the world?

"Take away this pudding; it has no theme," is a comment attributed to Winston Churchill, when a disappointing dessert was put in front of him.

ERIN MURPHY: A good discussion, part of a greater debate

Two law enforcement leaders in Iowa recently engaged in a thoughtful discussion on the state of policing and racial justice.

A new reason Americans are getting leery of billionaire donors

PAT BUCHANAN: Has the backlash arrived for police-bashing?

Within hours of the May 8 shooting in Times Square where three bystanders, including a 4-year-old girl, were wounded, the two leading candidat… 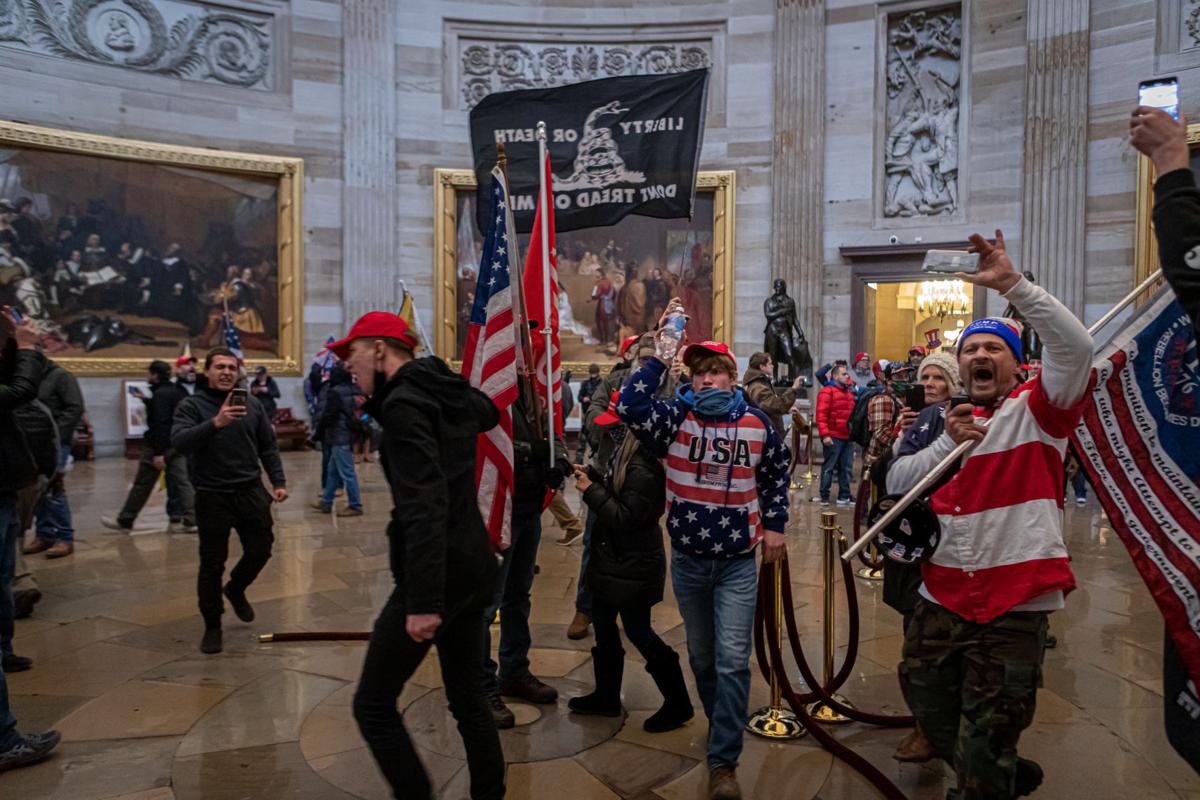 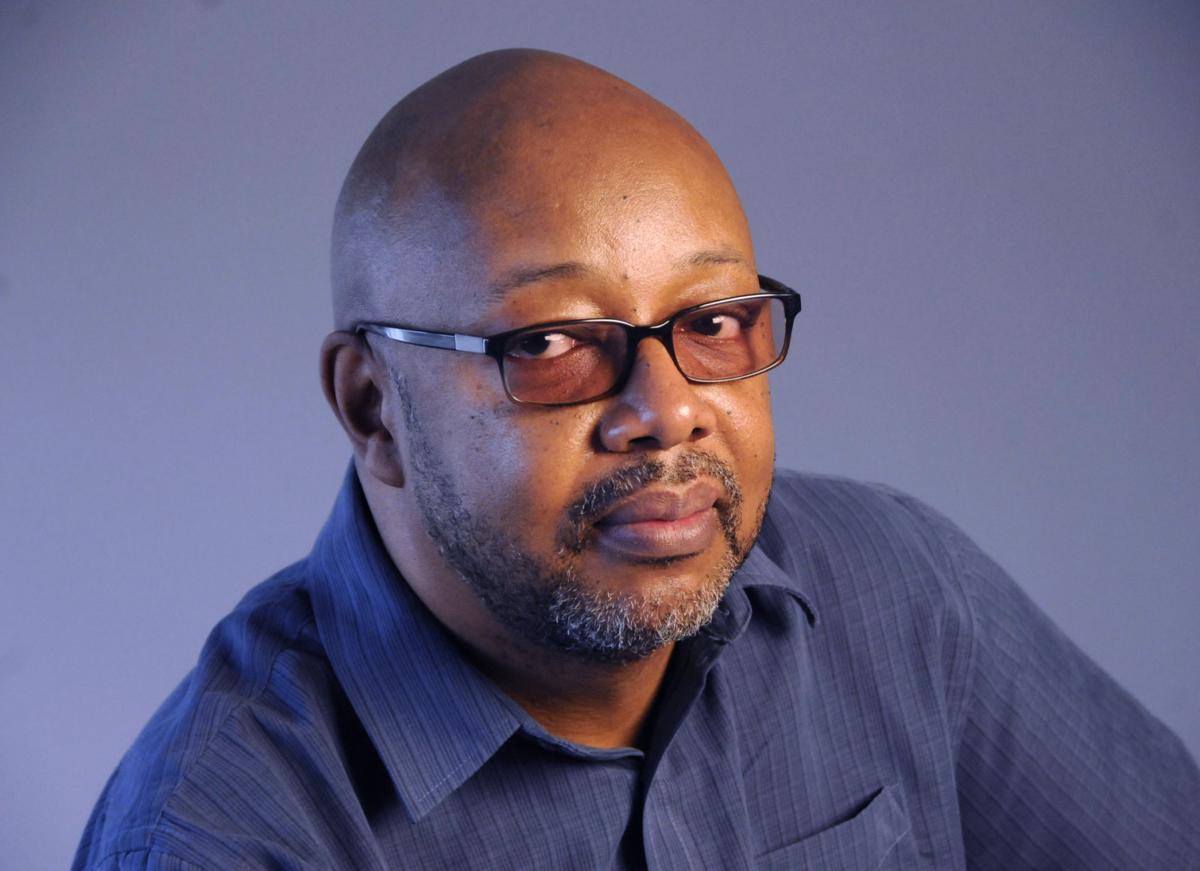