Amidst all the backyard barbecues, camping trips, boat excursions and 3-day weekend getaways, it’s easy to lose sight of the origins of Memorial Day.

One hundred fifty-three years ago today, northern U.S. states observed the first Decoration Day. Gen. John A. Logan, the leader of a group of Union Civil War veterans, was credited with creating a national day of remembrance in which flowers and other decorations were strewn on the graves of “comrades who died in defense of their country during the late rebellion, and whose bodies now lie in almost every city, village and hamlet churchyard in the land.”

The date of the first Decoration Day, May 30, 1868, was chosen largely because it wasn't the anniversary of any Civil War battle.

On the first Decoration Day, Gen. James Garfield, a future U.S. president, delivered a speech at Arlington Cemetery, where 5,000 attendees decorated the graves of the 20,000 Union soldiers buried there.

After World War I, Decoration Day was expanded to honor not only the Civil War dead, but also U.S. soldiers lost in the “Great War” and subsequent wars -- World War II, the Korean Conflict, the Vietnam War and, more recently, the wars in Iraq and Afghanistan.

After Congress passed the Uniform Monday Holiday Act in 1968, Memorial Day was no longer celebrated on May 30, in order to create a three-day weekend for federal workers. Starting in 1971, it was designated for the last Monday in May.

Over the years, Memorial Day weekend became known as the unofficial beginning of summer. But many Americans continued the tradition of placing flowers and other decorations on the graves not only of military veterans, but also their loved ones.

As we celebrate this year's holiday weekend, take time to reflect on the original purpose of Memorial Day.

Remember the sacrifices of U.S. soldiers who died protecting our freedoms and way of life.

Take time to attend one of the many Memorial Day ceremonies in our region organized by veterans organization.

And, if you're going to a cemetery this weekend to decorate your loved ones' final resting places, consider bringing along some extra flowers for fallen soldiers whose graves might otherwise be bare.

You'd be continuing a tradition that Gen. Logan and others crusaded to establish over a century and a half ago.

OTHER VOICES: My uncle was denied burial in Sioux City because he was a Native American

Editor's note: This column first appeared in the Omaha World-Herald on May 8.

If you’re one of the thousands of Siouxlanders with a cableone.net email address, you received an interesting email more than a month ago – th… 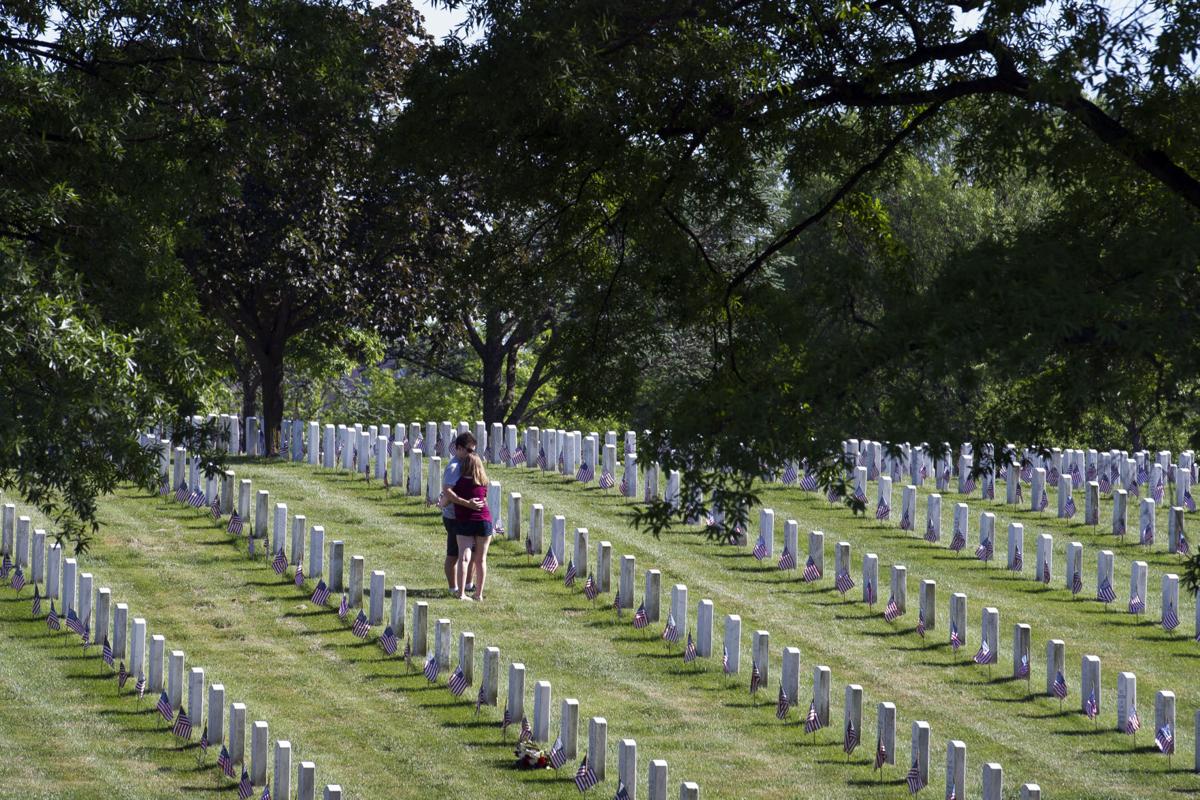 A couple hugs while visiting a grave at Arlington National Cemetery in Arlington, Va., on Memorial Day in 2018.