Woodbury County and Sioux City leaders are set to formally break ground on the county's Law Enforcement Center at a Sept. 15 ceremony.

It's become abundantly clear, though, that a growing number of local residents are in no mood to celebrate the project.

Last week, county supervisors again heard from a vocal group of citizens who have been critical of a series of decisions made by the county board and the panel that oversees the joint city-county Law Enforcement Authority. Chiefly, they object to the county designating $15.6 million in federal COVID relief funds to cover higher than expected costs to construct the jail.

The coalition of union officials and community activists contend a new jail is not the kind of initiative Congress intended when it provided $350 billion in emergency funding for state and local governments. They argue the county's share of the American Rescue Plan funds would be better spent on a myriad of social programs that would benefit the community.

While their arguments may be valid, we agree with the county that it's far too late to be switching gears. With limited cash reserves and no immediate way to go back to local taxpayers for more money, county officials are correct in saying they had no other good options for moving forward with the jail construction.

In March 2020, a majority of voters approved a $50.3 million bond for the project. But, just weeks afterwards, COVID-19 began spreading across the county. A series of pandemic-related disruptions in the supply chain contributed to skyrocketing costs for construction materials, causing the total project costs to balloon to around $65 million.

At this point, it's not feasible to rebid the project in hopes of getting a better price that wouldn't require the COVID relief dollars, as many critics have called for. In July, the Authority board awarded a $58.4 million contract to the general contractor, Hausmann Construction. Starting over would undoubtedly trigger a breach-of-contract lawsuit against the county and the Authority, as well as delay the project by months, if not years.

With the aging mechanical systems at the existing jail on the verge of breaking down at any time, costly delays are something the county can ill afford. We supported the bond issue because it made infinitely more financial sense over the long term than the alternative of throwing good money after bad on the more than $22 million in repairs needed for a 30-year-old jail close to inmate capacity with no viable options for expansion.

We recognize that local union officials remain upset with what they view as a broken campaign promise by county officials that the jail would be built with local contractors and labor. They pushed the Authority to award the contract to Sioux City-based W.A. Klinger over Lincoln, Neb.-based Hausman. But even though, as union officials repeatedly pointed out, Klinger's price was just slightly above Hausman's, the Authority had no other choice under Iowa law to award the contract to the low bidder.

Like the opponents, we have questions about whether the federal government will ultimately deem the Law Enforcement Center construction eligible for the American Rescue Plan funds. It's possible the Authority could someday face the nightmare scenario of having to repay the money. But for now, we'll willing to defer to Authority officials, who say their lawyers have assured them the project qualifies under the federal guidelines.

If they're wrong, the opponents who showed up at last week's supervisors meeting will have a powerful issue to raise the next time those board members face the voters.

SIOUX CITY — The Woodbury Board of Supervisors moved closer Tuesday to spending $15.6 million in COVID-19 relief funds on higher than anticipa…

FROM THE EDITOR: Journal to spotlight what's changed since Sept. 11

There are new buildings near where the World Trade Center towers once stood. New York’s Financial District appears to be bustling and – despit… 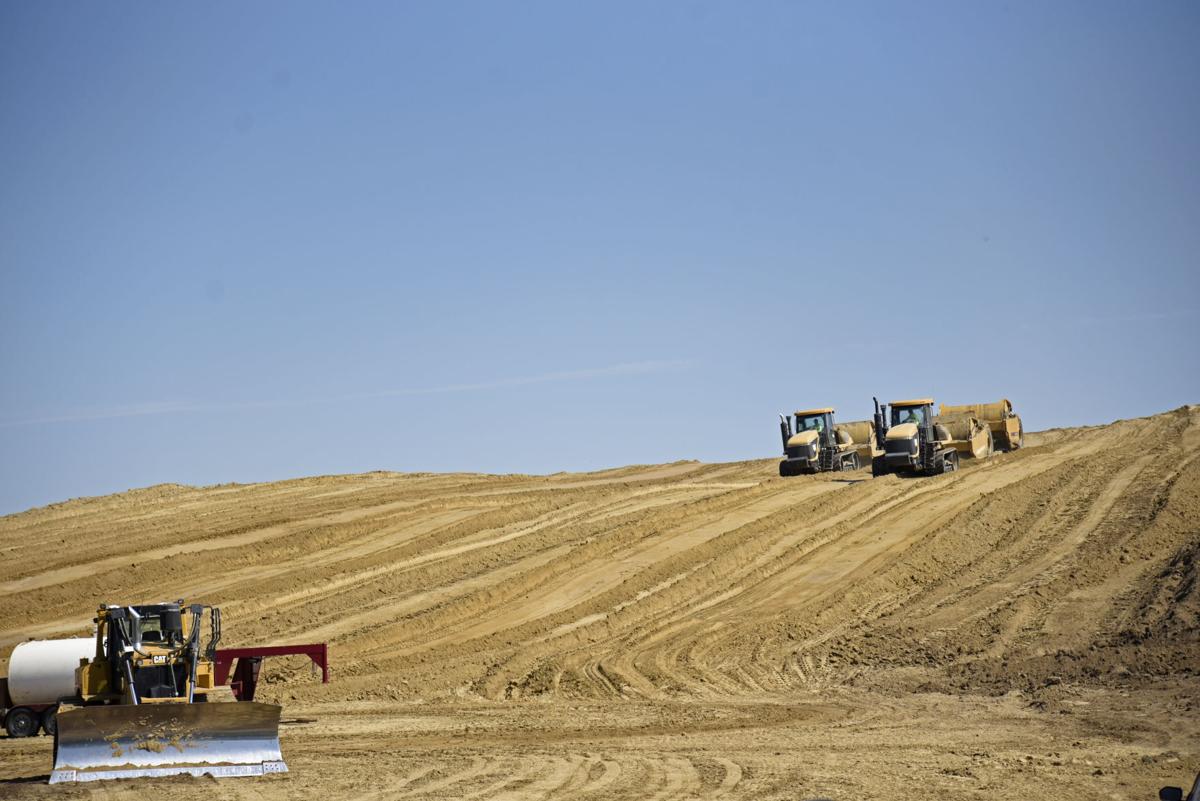 Contractors move dirt on June 10 at the site of the new Woodbury County Law Enforcement Center.