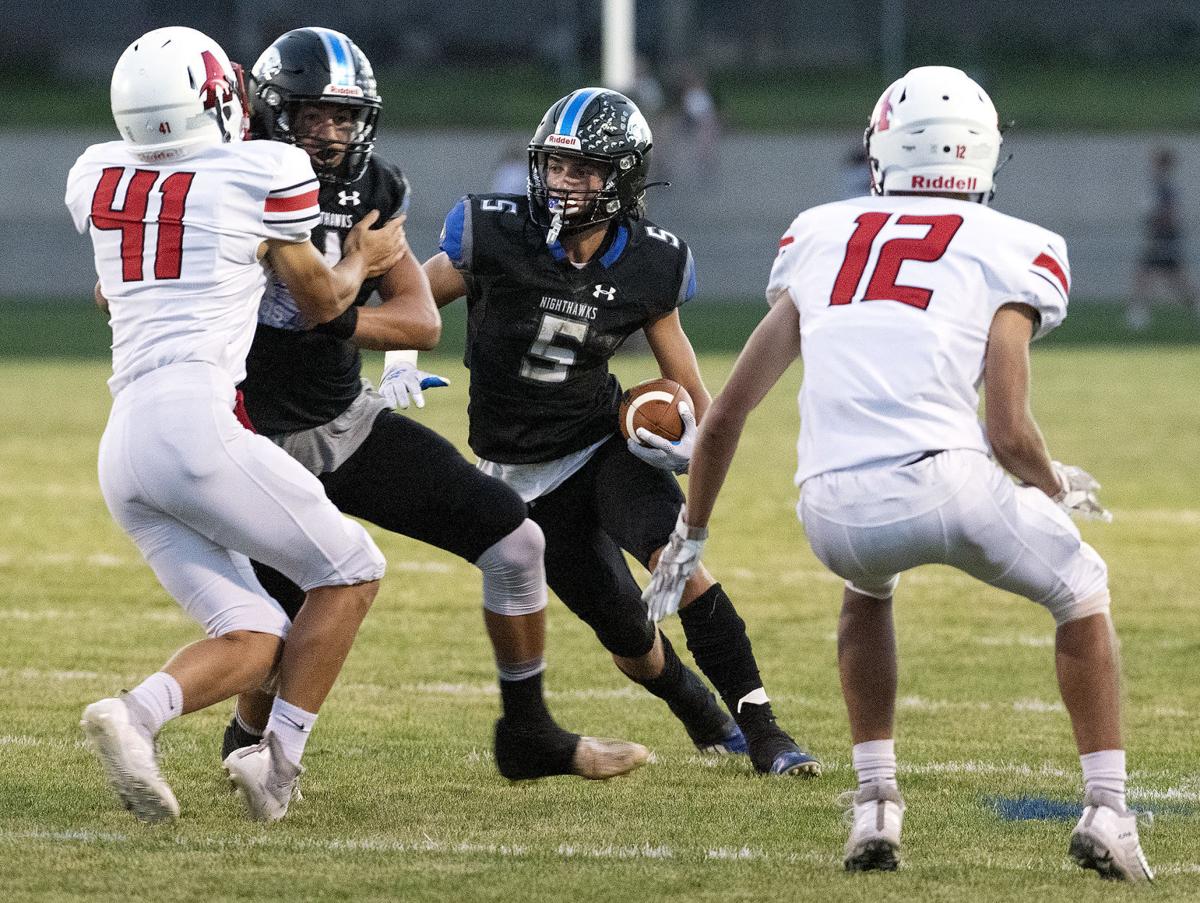 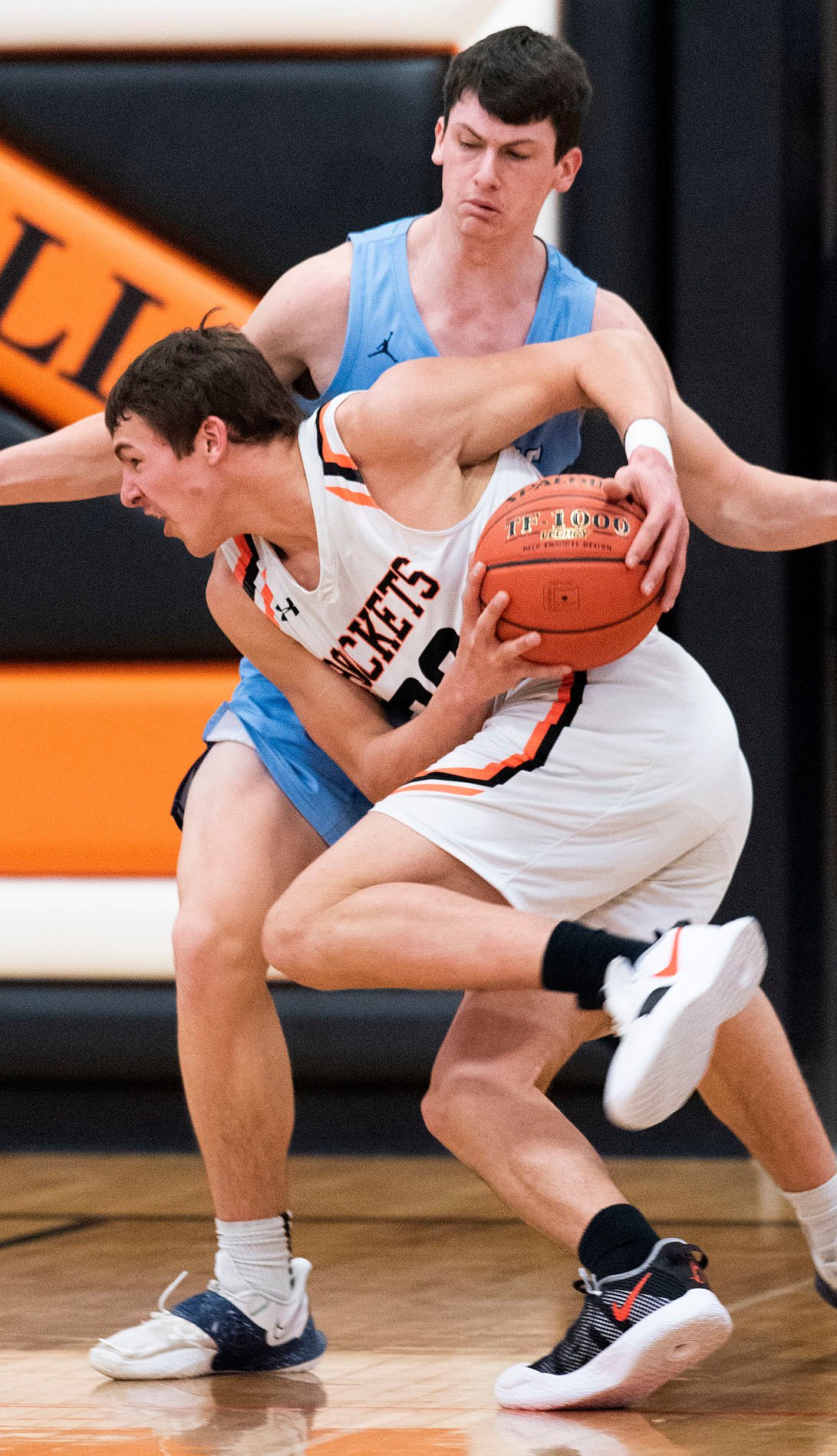 He has come on strong for the Nighthawks, and perhaps he had his best night Friday night in a 35-10 win over Sergeant Bluff-Luton.

The Nighthawks’ senior wide receiver caught four passes, but those four passes added up for 123 yards. He also had a rushing TD.

“That was a blast, that was a fun game,” Van Kekerix said. “It was awesome. It’s just our coaches, they just set us up with good passing schemes. A lot of credit to them. We had to get open, find some space and we were good.”

Van Kekerix is this week’s Siouxland Athlete of the Week.

All three of Van Kekerix’s touchdowns came during the first half.

His first one came with 9 minutes, 48 seconds remaining in the first quarter, as quarterback Tanner Te Slaa found the 6-foot-2, 200-pound receiver for 22 yards.

Then, Van Kekerix ran the ball in from the Warriors’ 11, and that ended their second-longest scoring drive of the night late in the first quarter.

Van Kekerix’s third touchdown of the night came with 4:24 left in the first half, as Te Slaa found his receiver for 44 yards.

“Obviously, Landyn is a stud, and we look for him a lot,” Te Slaa said. “We have several other guys who are threats. That opens it up for him, and when we get him in an open field, we love that.”

Van Kekerix has caught 15 catches from Te Slaa, and he has the second most receiving yards on the season with 426 yards.

“Tanner is just a natural thrower,” Van Kekerix said. “He can throw the ball. There were a few things this year he missed, but he came right back into it.”

By the way, on the defensive side, Van Kekerix led with 13 tackles, and he helped shut down one of the best offenses in Class 3A.

“I've never seen anybody able to run full speed and not miss hitting someone,” B-H/RV coach Cory Brandt said. :I've never seen anybody be able to do that like he does. He's like a heat seeking missile. He can run downhill on somebody, and when he's dialed in, I mean, he can a rock hit on them and drop them right where they're at.

The Nighthawks senior trails by just five yards to fellow senior Caleb Kats as they have two games left in the regular season.

Brandt has appreciated how much Van Kekerix has been a playmaker on both sides of the ball.

“He just does so much for his team,” Brandt said. “The number one thing is that he cares about being the best he could be for his teammates. That makes him really special. But every time he touches the ball, something electric happens. And I'll just say, he's a very special player, without a doubt.”

Van Kekerix’s path got a speed bump last season as the Nighthawks were going on a deep playoff run, but it hasn’t stopped Van Kekerix.

Van Kekerix never played junior high football because he broke one of his arms in each of those seasons, according to Brandt.

That didn’t stop him.

“Then his sophomore year, he just got better and better,” Brandt said. “Then we found ourselves in a situation where he needed to play. And so sophomore year, he started to play a little bit. Last year, took huge strides, and became one of our top players on a very good football team.”

Then, last season, Van Kekerix tore the labrum in his left shoulder in a quarterfinal win against Webster City.

He couldn’t play during the Nighthawks’ state semifinal loss to current No. 1 Harlan.

Even though he couldn’t play with his football peers, Van Kekerix elected to play the entire basketball season for Rock Valley with the injury.

He waited until that season was over to have surgery.

During the basketball season, Van Kekerix was the Rockets’ leading scorer and rebounder. As a junior, Van Kekerix scored 16.6 points a game and 7.0 rebounds a game.

“He’s an incredible player and plays for his team,” Brandt said.

The Nighthawks are ranked second in this week’s AP Class 3A poll, but the Iowa High School Athletic Association RPI placed the Nighthawks at No. 1.

The two remaining games for the Nighthawks are this week at home against MOC-Floyd Valley (in Rock Valley), then they return to the metro to face Bishop Heelan.

Tyce Gunderson, Harris-Lake Park football: The Wolves quarterback was 17-for-22 passing for 295 yards and four TDs in a 41-18 win over West Bend-Mallard. He also had a rushing TD.

Logan Heller, Okoboji football: Heller was a busy running back for Okoboji, as the senior had 20 carries for 161 yards and a TD to help the Pioneers beat Cherokee on Friday night.

To watch this week's version of the Playbook Pundits video cast, visit siouxcityjournal.com.

Indiana man finds naked female neighbor in his shower, orders her out at gunpoint, police say

"I asked Debra (Jarvis) why she had been in the residence," an officer said. "Debra then looked back at (the home in question), pointed at the trailer and said 'shower.' "

SIOUX CITY -- An Emerson, Nebraska man was injured in a shooting in Sioux City on Saturday night.

SIOUX CITY – The Sioux City school district failed to properly document pay raises for some administrators, reimbursed staff for over $1,000 i…

SIOUX CITY -- A person died as a result of a single-vehicle accident that occurred Monday morning on the 2800 block of 18th Street.

Sioux City man pleads not guilty of murder in California

FRESNO, Calif. -- A Sioux City man charged with a California homicide is scheduled to stand trial in January.

SIOUX CITY -- The Sioux City Council is expected to vote Monday on an amendment to the city's snow ordinance, which would only make parking on…