BLENCOE, Iowa — Barges carrying fertilizers head up, and grains head down that stretch of the upper Missouri River after the Port of Blencoe opened last June.

Western Iowa farmers now have access to a lower-cost option to access fertilizer and export grains at the new “gateway to the world market.”

NEW Cooperative constructed a $11 million port along the Missouri River, near the small Monona County town of Blencoe. The port is the northernmost port on the nearly 760-mile span of the Missouri from St. Louis to Sioux City.

The port can load and unload six to nine barges at a time. In the first year the port had 40 barges come in up the river, and around 38 barges go back down, said NEW Cooperative communications director Gary Moritz.

Each barge has the capacity to haul 50,000 bushels of grain.

The port gives the co-op direct access to export markets and provides a third option for transporting grain, beyond the current rail and trucks.

Because water navigation is more cost-effective than truck or rail, the barge terminal allows the co-op to reduce its freight expenses, Dix said.

The Monona County Board of Supervisors received a state RISE grant of over $1 million to pave a gravel road from Blencoe, pop. 224, to the port, which is west of Interstate 29.

Moritz said the road construction is expected to begin this spring.

Two other future projects include a scale and office facility, and a new commodity building.

Proponents say barges are good for the environment and vehicular traffic safety because it takes more trucks off crowded highways like Interstate 80, reducing accidents and harmful emissions.

With a few exceptions, barges have not traveled as far north as Blencoe in over 15 years. The once-thriving barge industry in Sioux City disappeared in the early 2000s after a combination of the degradation of the river bed, drought, economic recession, low commodity prices and political infighting over management of the river led shippers to turn to rail and trucks.

NEW Cooperative, which has over 5,500 members and 40 locations throughout western and northwestern Iowa, started planning its rural Monona County port over three years ago.

The U.S. Army Corps of Engineers, which manages the Missouri, has assured the co-op it will maintain a 9-foot-deep, 300-foot-wide channel.

Visit siouxcityjournal.com to view more photos and a video at the Port of Blencoe Wednesday.

After a tumultuous start to the project, construction continues on the new Woodbury County Law Enforcement Center, with walls for the complex starting to emerge from the ground. The $66 million project is anticipated for completion in March 2023.

On Thursday, pet food maker @RoyalCanin announced a $185 million expansion of its North Sioux City plant that it says will create 149 new full-time jobs. The company, a division of multinational manufacturer Mars Inc., currently employs more than 380 in the South Dakota city.

In 2012, the city of Sioux City sold Sabre Industries 150 acres to consolidate its operations in the city's Southbridge Business Park. A decade later, Sabre will have filled up its business campus with the completion of a 100,000 square foot expansion.

As Ho-Chunk Village nears capacity, a newer version of the development that transformed the town's north side has launched. The 40-acre space will contain the same mixture of residential, commercial and light industrial buildings found in the earlier version.

District 42, a $22 million development in Sunnybrook Plaza, features 215 townhomes and apartments. The first phase of the project opened in June, followed by the completion of the second phase in the fall.

Carver Aero, which has a Council Bluffs flight school aligned with the University of Nebraska Omaha's aviation program, announced in early February it had opened flight training operations at Sioux Gateway Airport.

Those who do get a tree are responsible for planting and watering it themselves, the release explained. 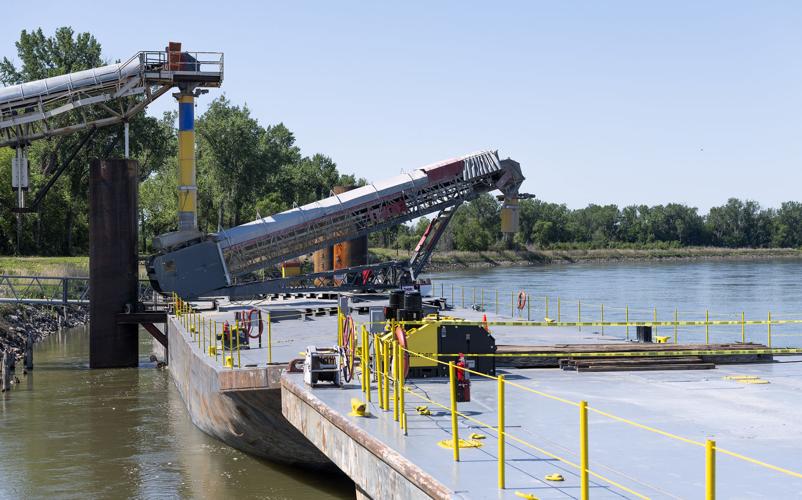 A barge loading area is shown June 2 at NEW Cooperative's Port of Blencoe barge terminal on the Missouri River, just west of Blencoe, Iowa. Despite low river levels forecast for this year, the cooperative, which opened the terminal in 2021, expects to continue normal barge operations this year. 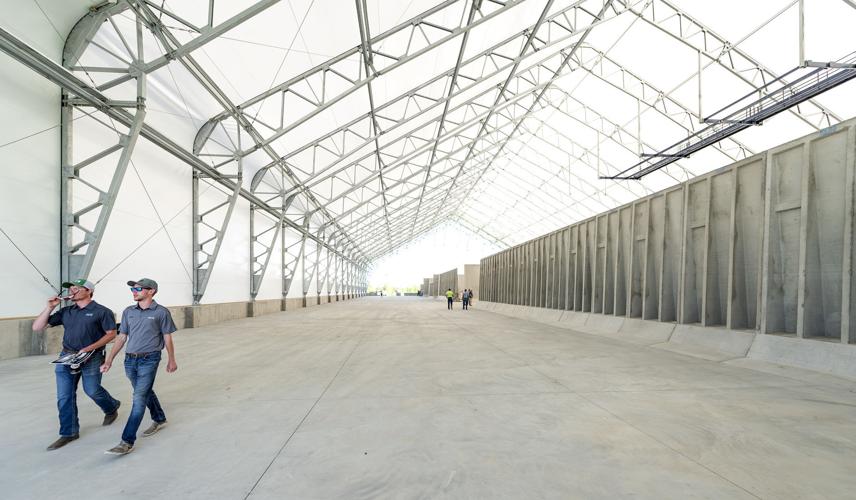 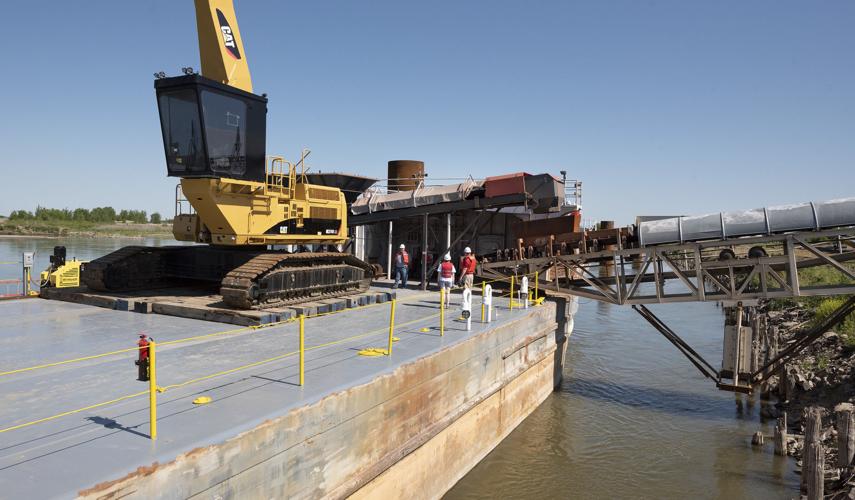 People tour a load out area on a deck barge during a June 2 ribbon cutting ceremony at the NEW Cooperative's Port of Blencoe terminal.