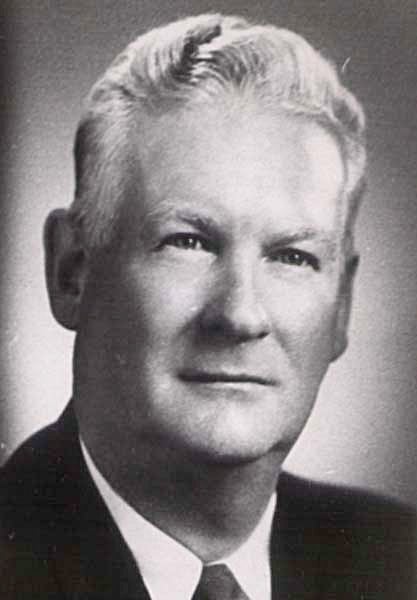 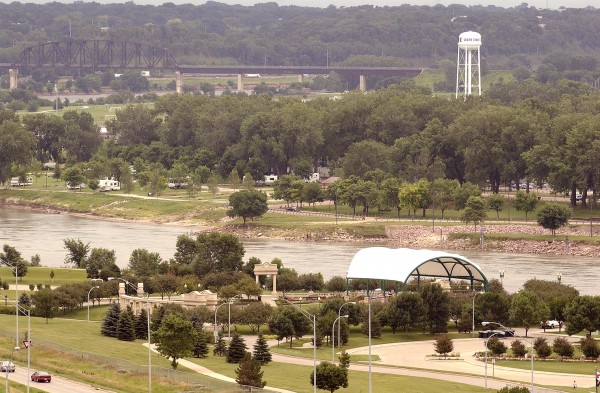 SIOUX CITY -- Interstate 29 runs through Sioux City in great part due to the efforts of Chris Larsen, Jr., a Sioux City businessman who once was described as a "towering giant of a man."

In 1955, Gov. Leo Hoegh appointed Larsen to what was then called the Iowa Highway Commission, where he was elected chairman. He also was a member of the Iowa Toll Road Authority from 1955-57.

Civic and community leaders lauded Larsen's influence in steering the course that resulted in highways being built or reconstructed in Northwest Iowa, including a segment of U.S. Highway 75 from Sioux City to Le Mars.

After the  passage of the Federal Aid Highway Act in 1956 to build the interstate highways throughout the country, Larsen lobbied to get I-29 routed through Sioux City and pushed construction ahead of other parts of I-29 in Iowa and in the rest of the country.

The freeway parallels the Missouri River through Sioux City. The riverfront park between I-29 and the river bears Larsen's name, as does the roadway along the park.

Larsen owned and served as president of the National Printing and Letter Co. and was president of the Noon Rotary Club as well as being involved in a host of other community organizations. From 1960-1965, he served on the Woodbury County Board of Supervisors.

After his death in 1969, members of the Rotary Club and other leaders lobbied to have the park along the riverfront named in his honor in recognition of his vision, influence and actions.

During a dedication ceremony on July 26, 1972, Rep. Wiley Mayne, R-Iowa, stated, "He was a towering figure of a man who left not only an imprint on our hearts, but in what we see before us now."

Mayor Paul Berger described Larsen as "the type of man who makes things happen. He was quite forthright and spoke with candor."

Not everyone always agreed with Larsen's views, Berger noted, but they all respected him.

"He gave for himself for the betterment of his community. He leaves a legacy of service and devotion to his fellow man."

Rotary President John Q. Harris said the idea for the park and road bearing Larsen's name was conceived in 1970 by Ray Kennedy, a past Rotary president and district governor.

Harris noted he and Larsen had been friends since 1942, adding, "'He was not afraid to stand up for principles he believed in."

Motorists can expect more headaches in the Riverside area when Interstate 29 work resumes in the spring, marking the third year of a decadelong upgrade to widen an 11-mile stretch to six lanes and extend the on/off ramps.

First segment of I-29 opened in Sioux City

SIOUX CITY -- In 1956, Congress passed legislation paving the way for construction of what was called the greatest public works project in the…

Chris Larsen, Jr., belonged to a number of state and local boards and commissions, including