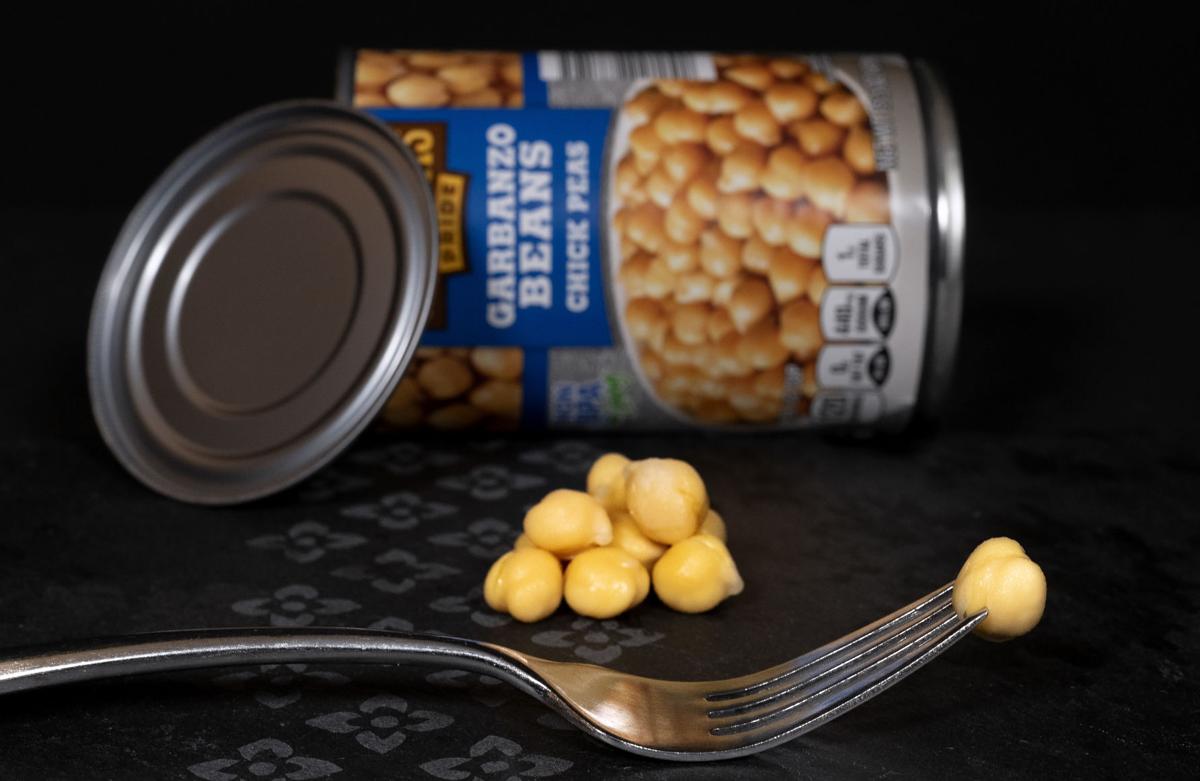 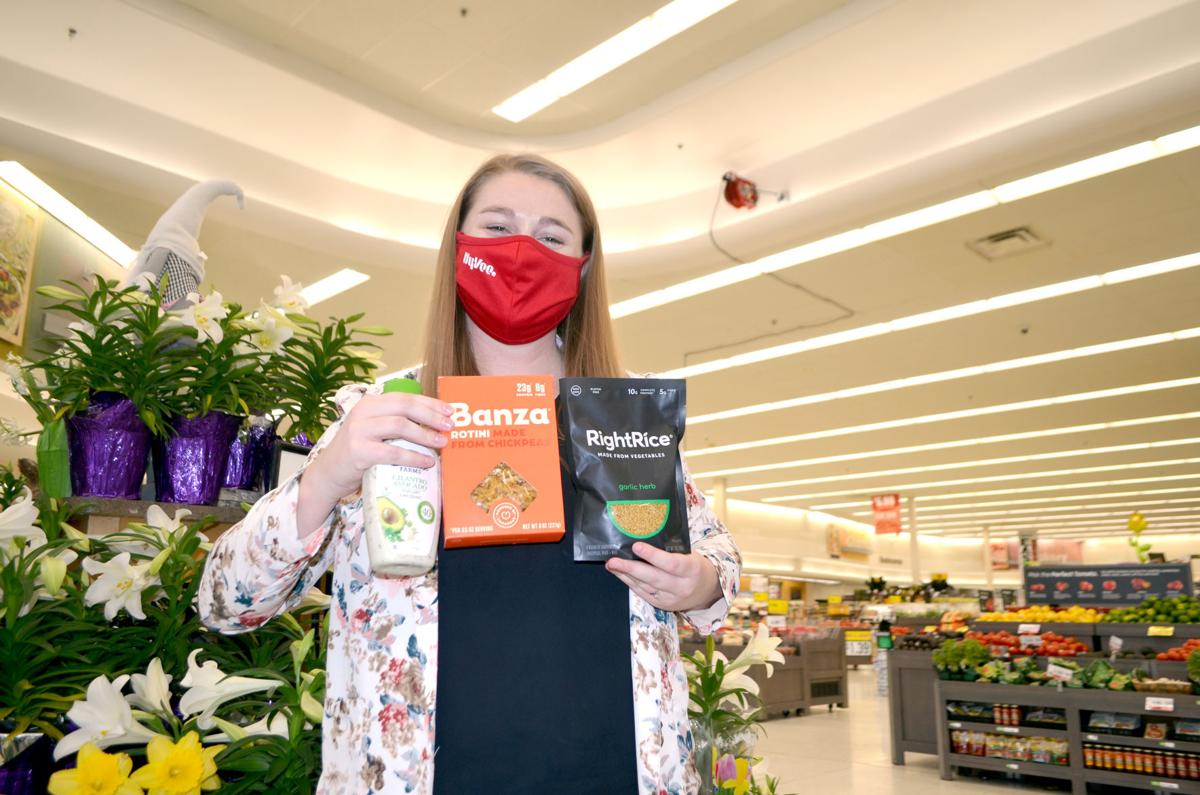 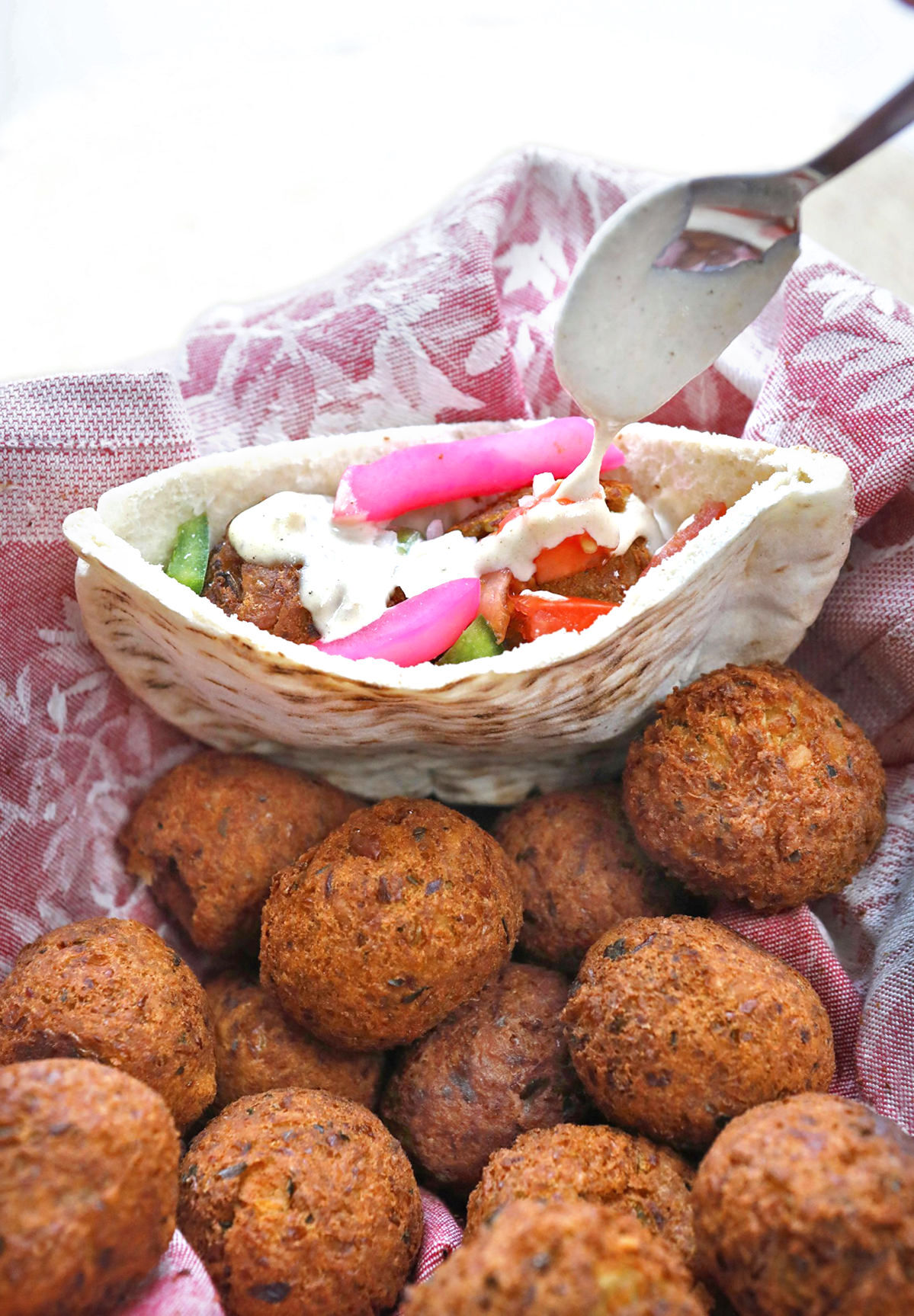 Falafels are the balls made with chickpeas and the completed sandwich made with pita bread.

Stop the presses because it is now official: cauliflower is out and chickpeas are in when comes to most ubiquitous healthy ingredients.

At least that is what registered dietitian Andrea Parman discovered while walking through the aisles of Hy-Vee's Hamilton Blvd. location.

"For the past few years, cauliflower was popular because it was very low in calories and carbs while being high in fiber," she said of the white, fleshy veggie with a mild taste.

Plus pizzas with crusts made with cauliflower instead of white refined flour began popping up in the frozen food case, sometimes boasting Oprah Winfrey's seal of approval.

However, the chickpea -- a legume that can be ground into a flour -- had an even better nutrition profile that include a moderate amount of calories but an outstanding percentage of protein and iron.

Just as important, pizza crusts and pasta made of chickpea flour have a tastier texture.

"That is the true test," Parman said. "People are willing to eat healthier foods as long as they taste good."

Creating healthy-but-tasty alternatives is a large part of Parman's job. Luckily, her husband is a willing taste tester whenever she's in the mood for a bit of culinary experimentation.

"I've made meals made with chickpea pastas at home and they taste great," she said. "They have more protein and fiber than a wheat pasta and a fewer number of net carbs."

Parman makes RightRice, which is made with chickpeas, lentils, green peas and rice, that is packed with nutrition as well as being free of both GMOs and gluten.

"When you want a fast, easy stir fry, add your favorite protein and vegetables and you have a dinner, plus leftovers to take to work the next day," she said.

Another veggie to try is asparagus, which is low in calories and a great source of nutrients like fiber, folate and vitamins A, C and K. Asparagus can also improve digestion, lower blood pressure and help in weight loss.

Which isn't a bad thing when temps warm up.

"We've had a long winter and people are ready for spring," Parman said. "This is the perfect time to start eating lighter foods."

A nutritious salad can make for a delicious lunch or dinner. However, she recommended becoming a label reader when it comes to salad dressing.

"Some dressings are packed with calories and people drown their salads with it," Parman said. "Try to go with a low-fat, low-calorie dressing, add your favorite ingredient and, maybe, add some chicken to pack in more protein."

Huh, that sounds good. But can't we cheat a bit?

Parman said the best cheat food may be something you'd least expect.

"People are often surprised that dark chocolate contains many health benefits," she explained. "It is high in fiber, minerals and antioxidants while lowing the chances of heart disease, strokes and depression when eaten in moderation."

This is the key, isn't it? Moderation is important in any diet.

"We do spend a lot of time eating mindlessly," Parman said. "If we put more thought into what we put into our bodies, we'd be so much better off."

Light dishes that are packed with flavor

Preheat oven to 400 degrees. Line a large rimmed basking pan with foil. Lightly spray with a nonstick spray and set aside.

Toss asparagus with four teaspoons of oil. Place it in a single layer on the prepared pan. Sprinkle with salt and pepper. Roast for 10 minutes or until crisp. Remove form oven and preheat broiler.

Meanwhile, toss tomatoes with the remaining two teaspoons of oil and one-third cup of cheese.

Transfer asparagus to a broiler-safe baking dish. Top with the remaining one-half cup of cheese, then with a tomato and cheese mixture. Broil five to six inches from heat for one to two minutes or until the cheese is slightly melted. Garnish with basil leaves, if desired.

Cook two ounce rice sticks, according to the package directions. Drain and rinse under cold water

Toss with Thai peanut sauce and set aside

How to grow a beautiful pumpkin, with advice from a master gardener

Marion Cain, a master gardener with the Iowa State University Outreach and Extension, said she plants pumpkins in late May, after the threat of frost has passed. Pumpkins are native to Mexico, and they hate frost. (The Spanish word for pumpkin is "calabaza." A popular autumn dish in Mexico is "calabaza en tacha" -- candied, heavily sweetened pumpkin.)

Falafels are the balls made with chickpeas and the completed sandwich made with pita bread.