That's only fitting for the Sioux City native who credited his mom and grandmother with providing him with a passion for cooking.

"I think most chefs learned to cook from their families," Burger said, inside the 2945 Hamilton Blvd. restaurant's kitchen. "As soon as I was tall enough to see over the stove, I've been cooking."

Beginning his culinary career at Sneaky's, he subsequently got a taste for cutting-edge cuisine as a sous chef at Kahill's.

"The great thing about being a chef is that you never stop learning new processes, preparations and recipes," Burger explained. "You're always discovering new ways and new ingredients to work with."

Still, he insisted it is the simpler foods that capture his imagination. 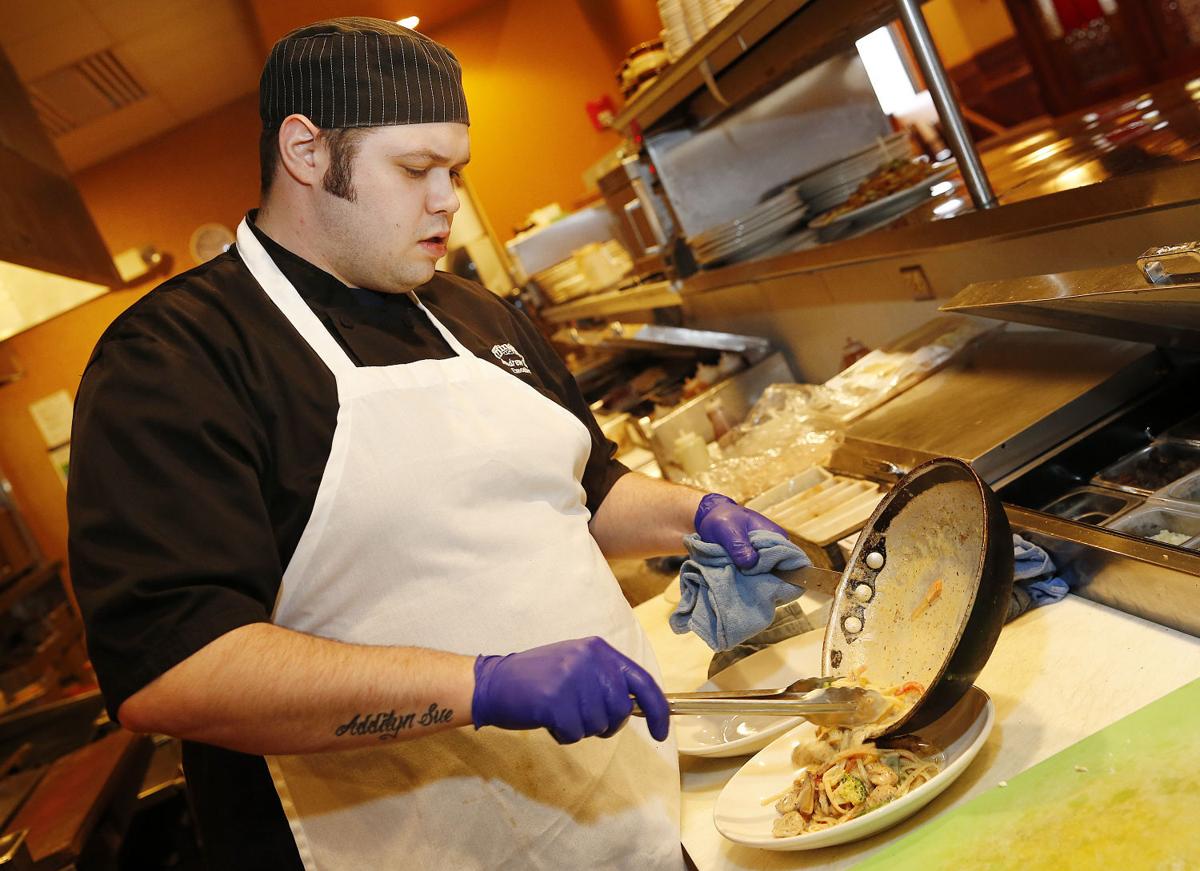 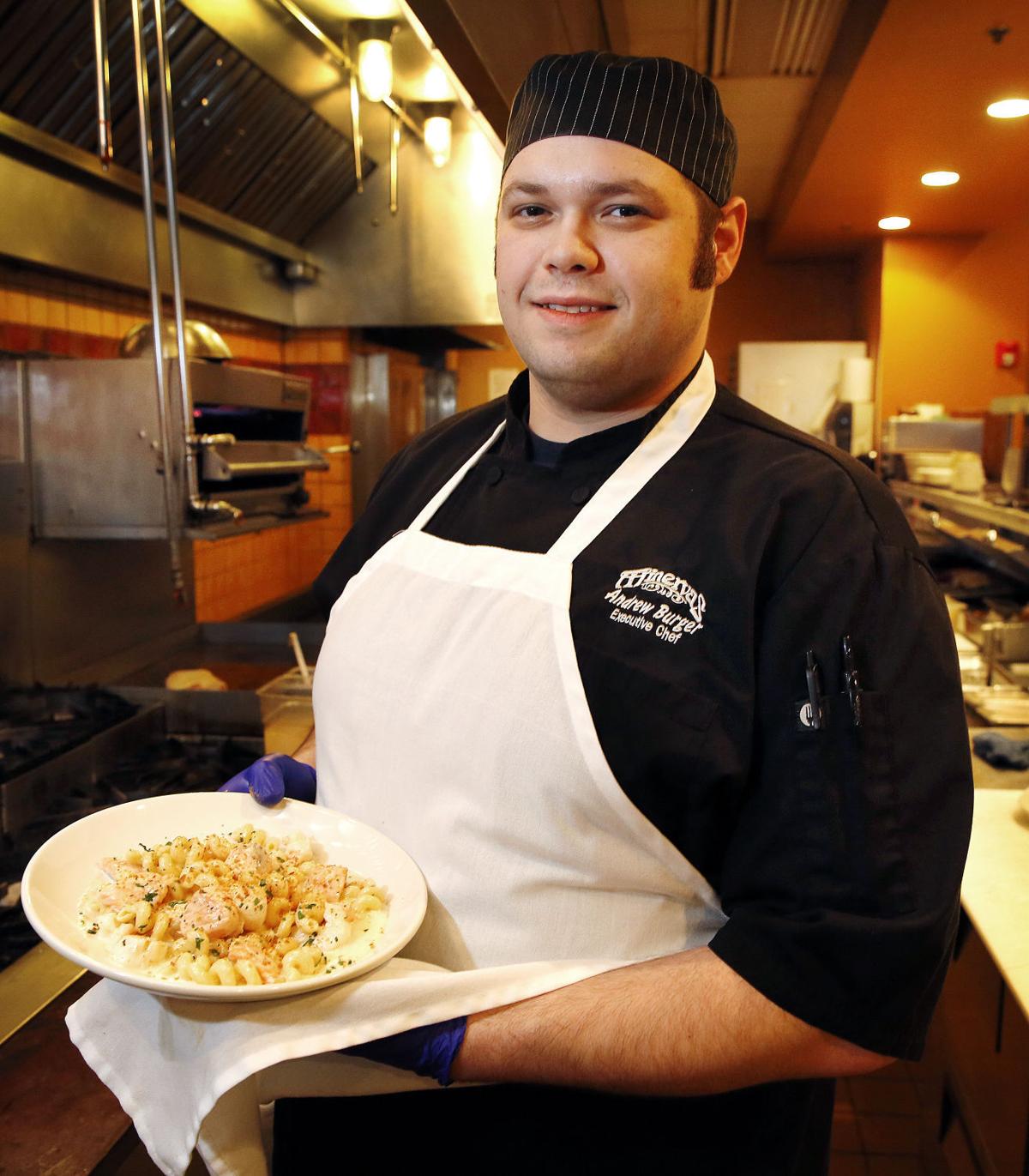 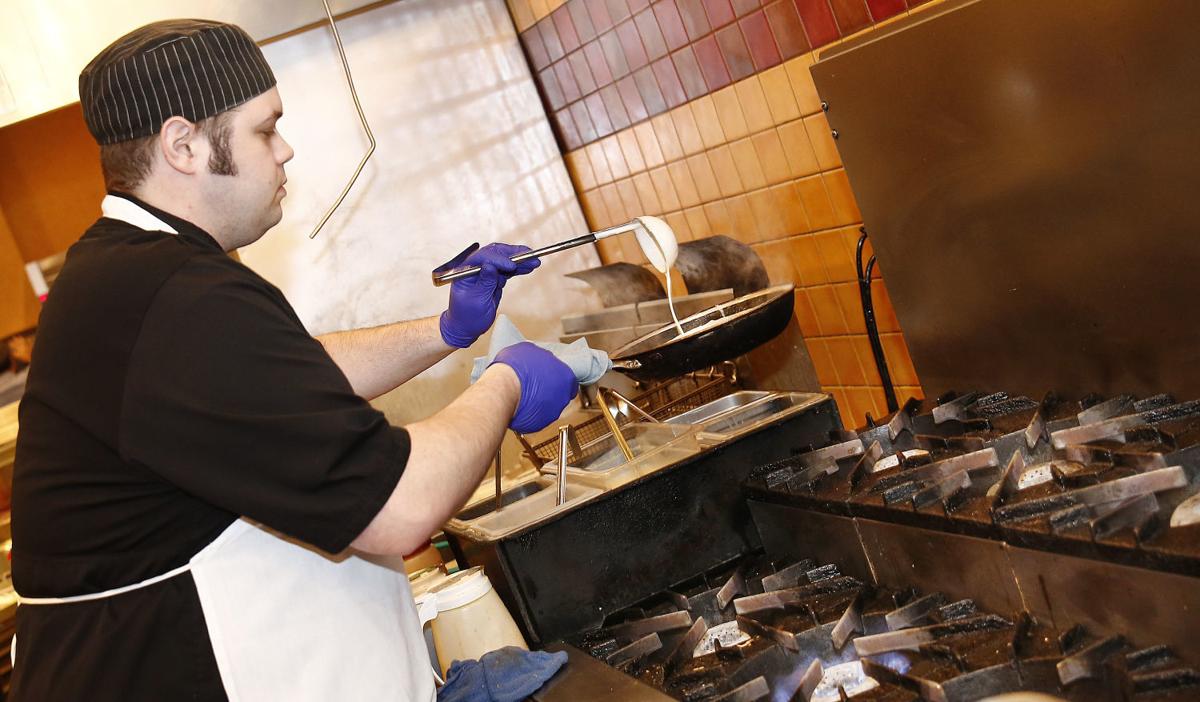 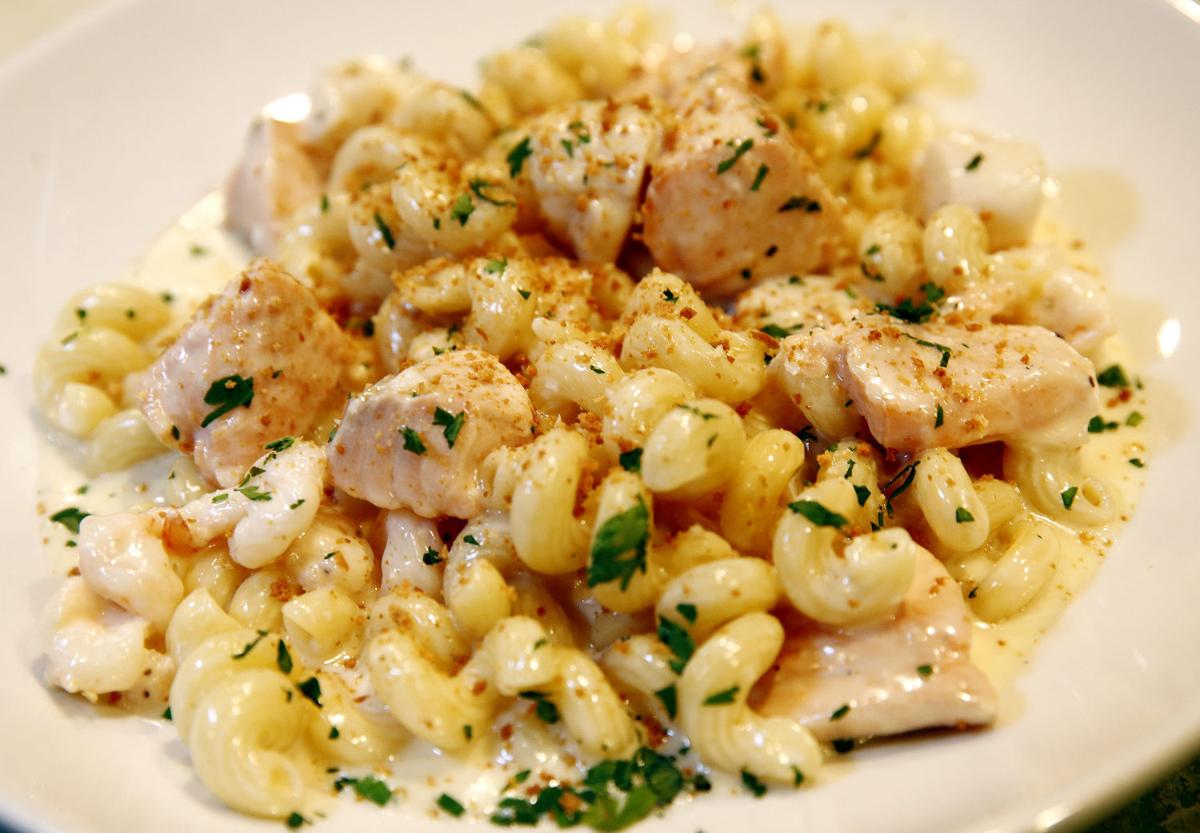 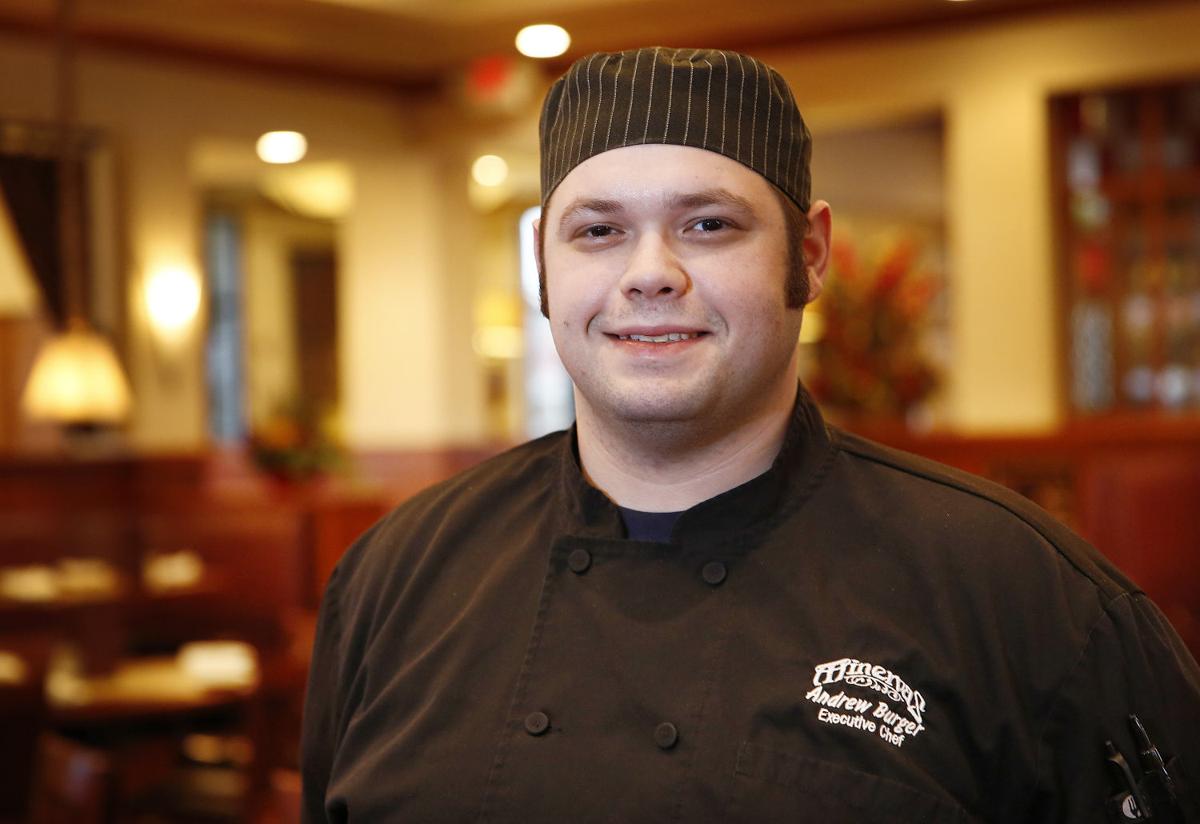 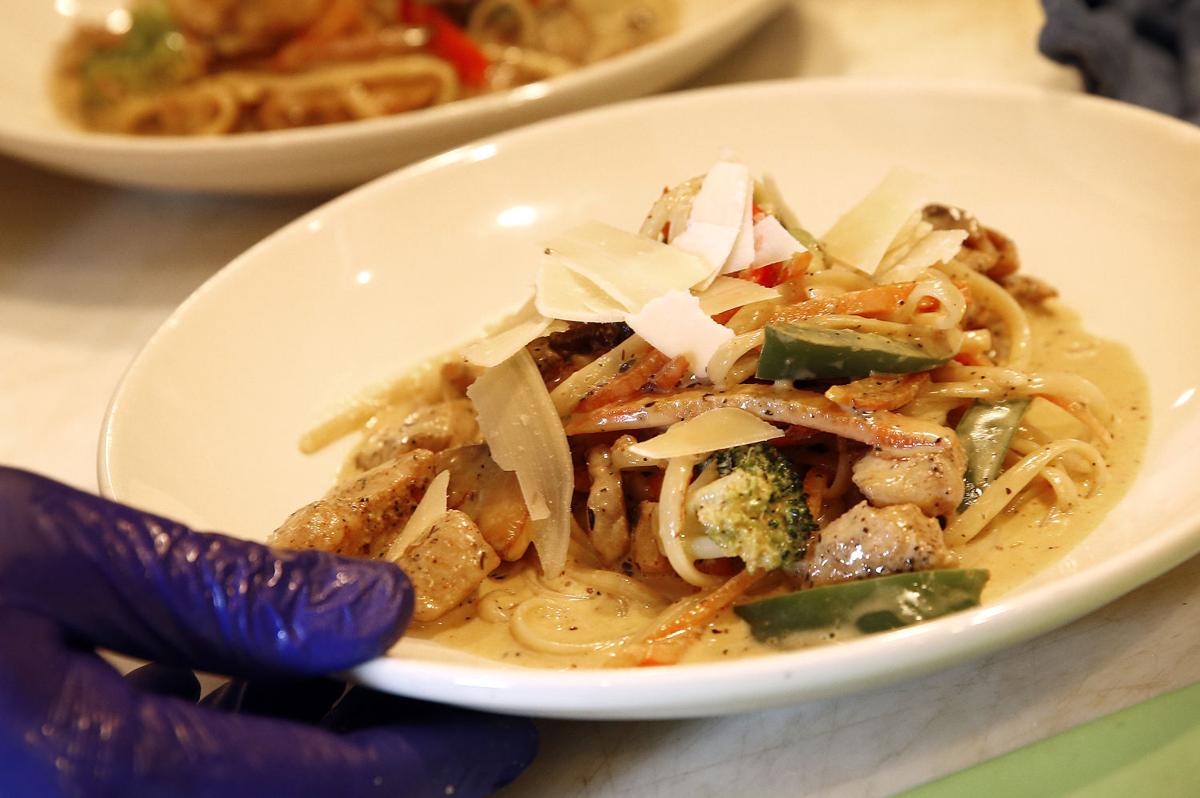 At home, Burger has a budding gourmand in the making: his 3-year-old daughter Addilyn.

"My daughter loves to help me cook dinner," he said. "In fact, she even calls me 'chef.'"

However, Addilyn Burger has yet to acquire a taste for Lobster Cheddar Fondue, Sea Salt Calimari or the Chopped Quinoa Salads her dad makes at Minerva's.

Instead, she prefers her dad's decidedly simpler fate.

"We make plenty of peanut butter and marshmallow fluff sandwiches together," Burger explained. "Plus Addilyn shares my love of (Little Debbie) Zebra cakes."

Although he dreams of some day opening a small restaurant of his own, Burger is content to push the culinary envelope at Minerva's.

"When you're a chef, you must always be creative and be willing to learn new things," he said. "As long as I have a passion for food, I will always be a chef."

At work, Minerva executive chef Andrew Burger can be a "foodie." But at home, he's just a dad to his 3-year-old daughter Addilyn.

According to Burger, Addilyn Burger's favorite sandwich contains plenty of peanut butter and a comparable amount of marshmallow fluff, served on white bread.

"I put the marshmallow fluff on for her," he said, "otherwise, the fluff would be too messy."

Likewise, the crusts of the sandwich bread must be removed before Addilyn will eat her dad's creation.

However, Burger has also been harboring his own secret.

"I actually like the peanut butter and marshmallow fluff sandwich myself," he said. "I eat them all the time with my daughter."

As temps drop to single digits and flurries fly, a brave crowd proves it’s never too cold for brisket. They line up outside of a food truck. T…

SIOUX CITY | Hazel Giron stood at a stove with one hand on her hip and a spatula in the other.

NORTH SIOUX CITY | When Paula Grajeda heard a new injection could rid her of the flab under her chin, the medical assistant at Midlands Clinic…

SHELDON, Iowa | Thirty-some years ago Patsy Vander Schaaf listened to a cooking show on the radio as she drove down a Sioux County road. A rec…

SoHo chef proves a woman’s place is in the kitchen

After a career in banking, Julie Schoenherr opened a restaurant specializing in American cuisine made from scratch over four years ago.