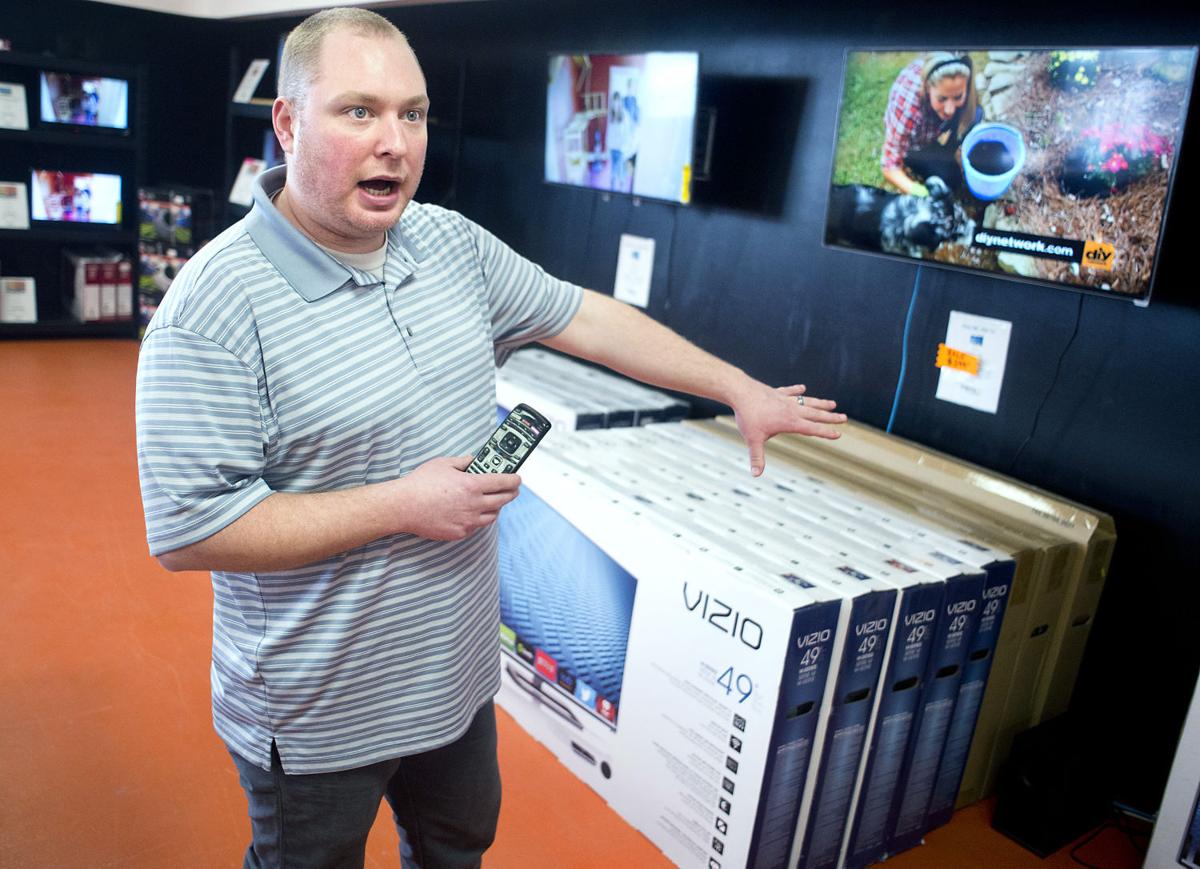 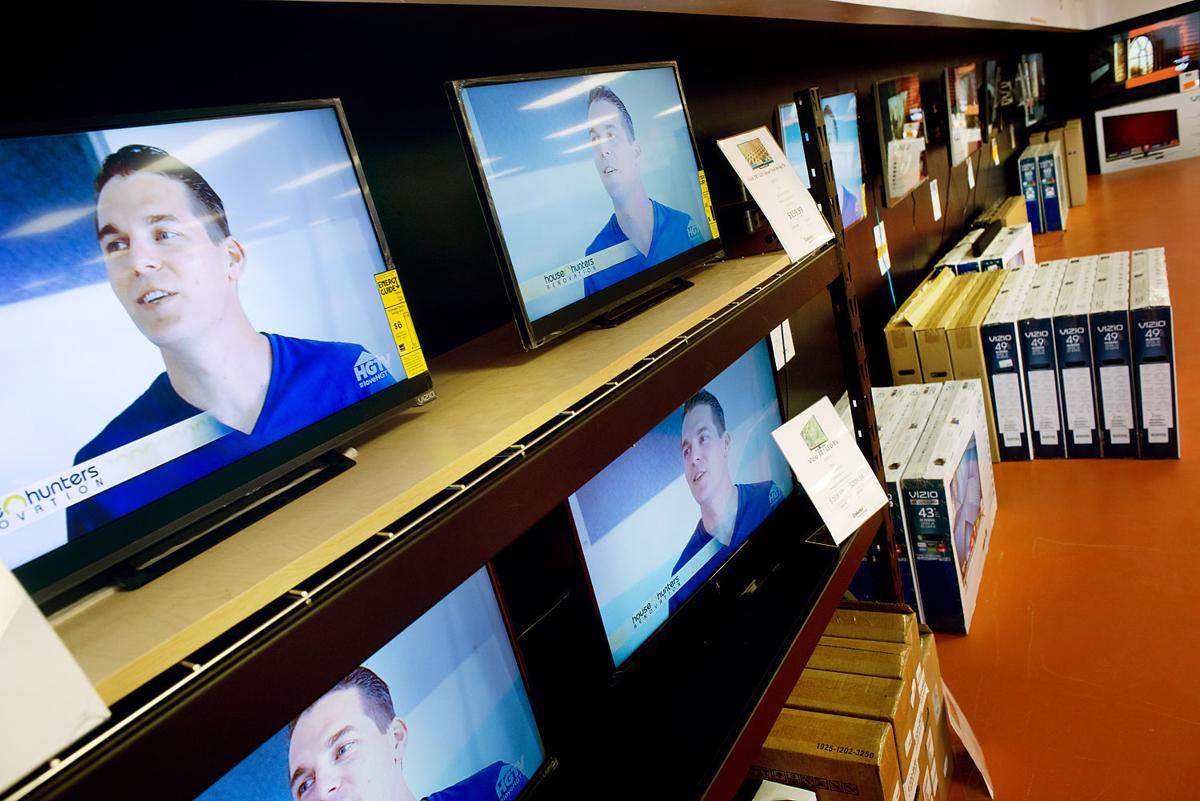 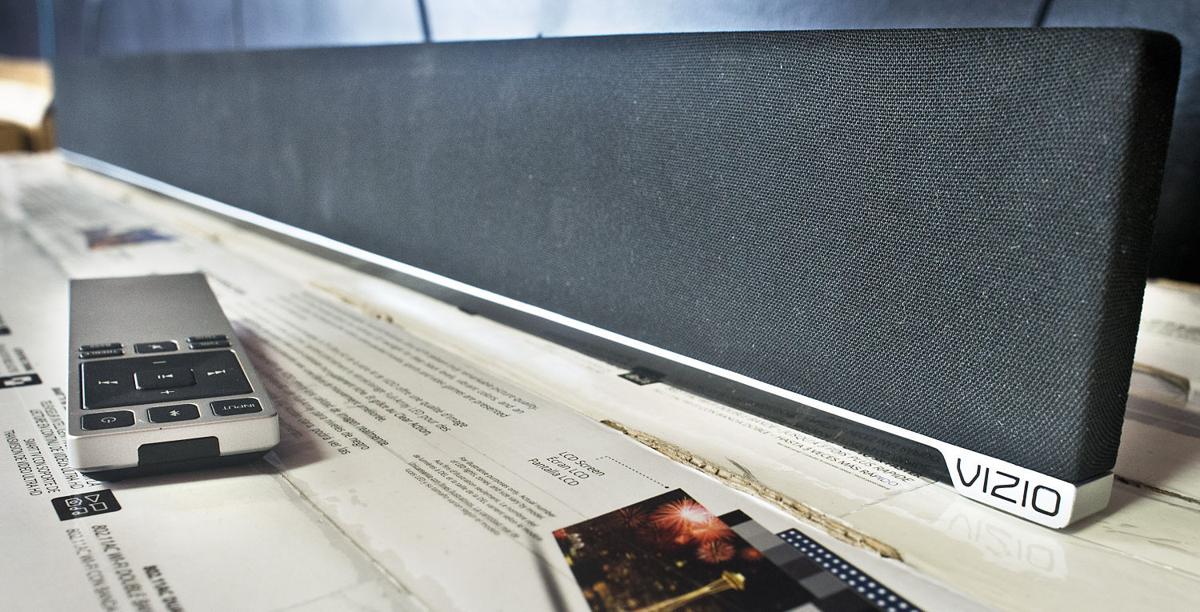 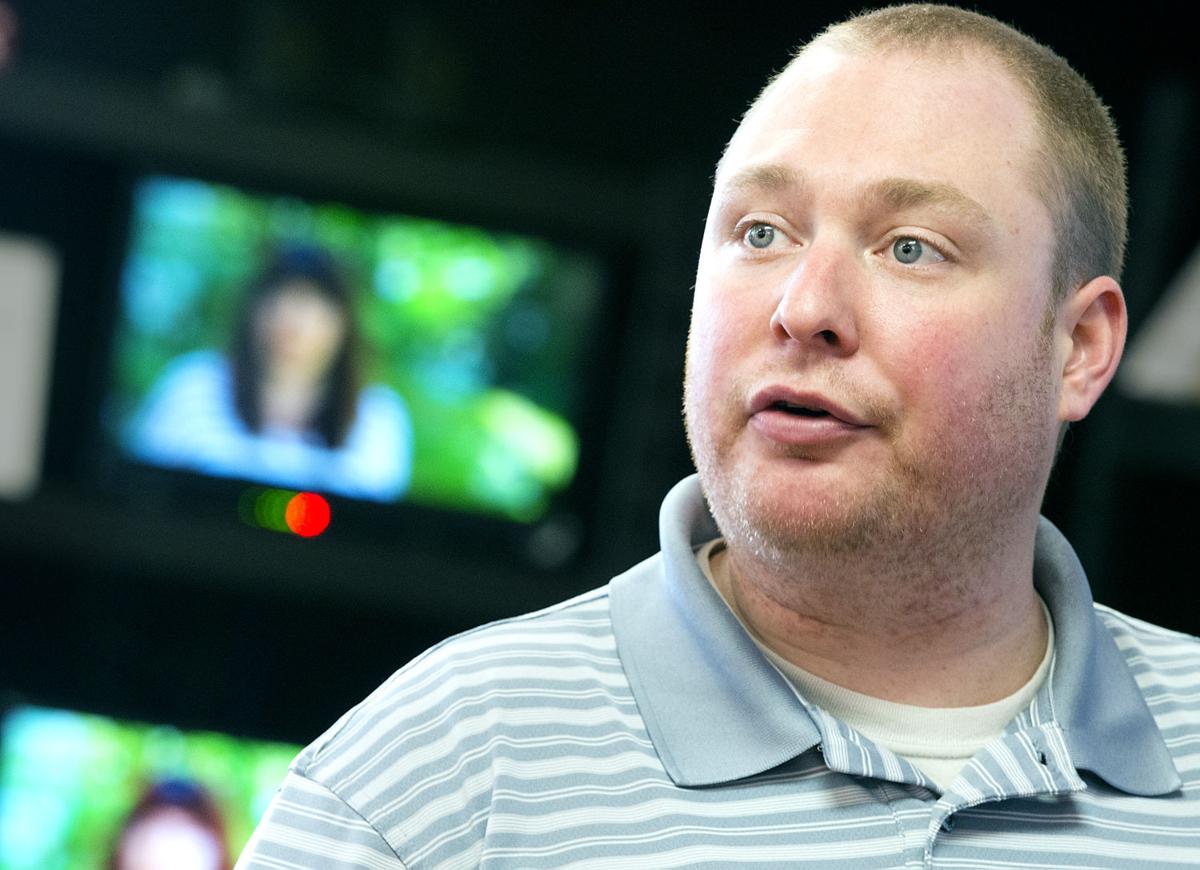 SIOUX CITY | Can you hear the "boom" of the asteroids plummeting to earth, or do you feel the "crack" of the bat during game seven of the World Series or have you experienced the undeniable adrenaline rush that comes from Indianapolis 500?

"It happens every year," the manager of the 4501 Southern Hills Drive store explained. "Right around the Super Bowl or the the height of March Madness, guys get that faraway look in their eyes."

"It also happens after folks get their income tax refunds," he said with a sigh.

"Guys want the ultimate home theater experience," Knowlton said, "but they don't want to break the bank in order to get it."

Looking onto the sales floor, he said customers continue to be enamored by high definition televisions while waiting for the next big thing to drop.

"The biggest thing on the horizon are the 4K televisions, which boasts better-than-lifelike-images," Knowlton said, testing out the technology on the flat-screen Vizio receiver. "The picture quality is just unbelievable."

All right, the picture may be pretty.

But what about the sound?

According to Knowlton, a sound bar can be an inexpensive compromise for people wanting movie theater-quality sound while not needing an imposing home audio system.

Vizio Sound Bars accentuate your TV with incredible sound quality and thunderous bass crafted into a clean minimal design, he said. All a person needs to do is plug and play with a simple setup, a built-in Bluetooth and an intuitive remote.

"The temptation is to get more than you actually need," Knowlton admitted. "You'll get a home system that is too loud, too cumbersome or simply more than you need."

"But if you're in the market for the boom-boom-boom home theater experience," he added, "a sound bar can be a terrific option."

Which is good news for a sports fan like Knowlton.

"I love sports, I love comedies and I love plenty of action flicks," he noted.

"While everyone wants the next big thing, many of us can't afford it yet," Knowlton said. "Still with a little ingenuity, a person can have a home theater that can be as stylish and contemporary without leaving you broke."

As he raised the volume, Knowlton said he could feel the reverberation in his bones.

"This is when you know it's good," he said. "It makes your pulse race a bit.

"All your senses should be impacted with a true home theater experience," Knowlton added.

Inside out: Decorating for an 'outdoor' living room

SOUTH SIOUX CITY | Is it contradictory to be chilling at a fire table? If it is contradictory, Renee Palmersheim doesn't seems to mind it one bit.

Where to get rid of your unwanted stuff in Sioux City

You’ve done the hard work of making the piles of stuff you don’t want. Now what? You can try garage sales or Craigslist or swap pages on Faceb…