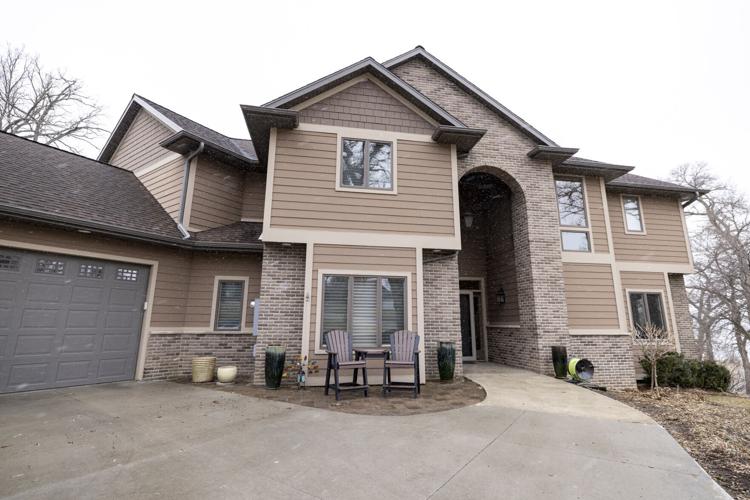 Located in Spirit Lake's Arthur Heights District, the home of Al and Barb Giese has ample elegance in a quiet, family friendly environment. 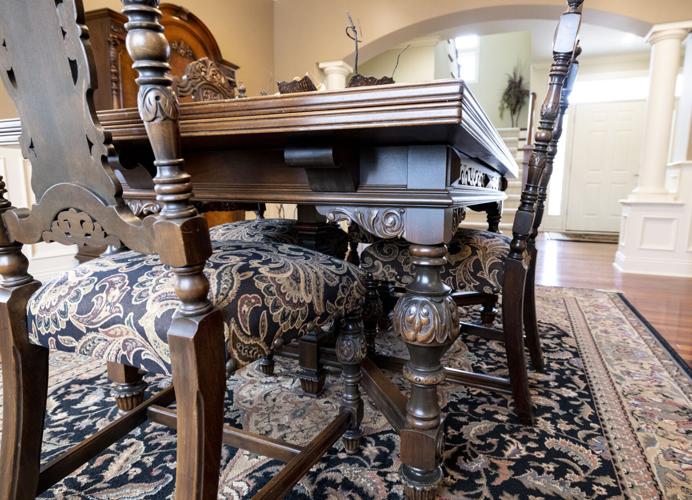 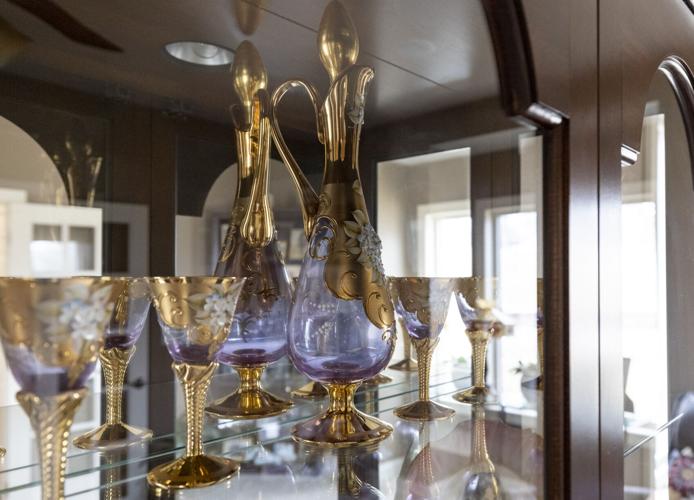 Barb Giese found this decanter set with glasses on a trip to Italy with her husband Al Giese.

Yet he and his wife Barb didn't want to give up luxury with the move.

That's why the Gieses purchased a two-story, five-bedroom home in Arthur Heights, a quiet, family friendly neighborhood on East Lake in Spirit Lake in 2012.

"Our house isn't on the lake but it's close," Al Giese said.

Giving a tour of the house that has more than 12 rooms as well as a three-car garage, Barb Giese said the house had been well-maintained when the couple purchased it.

"That was a big selling point," she said. "The house had beautiful Brazilian Cherrywood flooring throughout and had plenty of perks."

Among those perks was a home theater as well as a bar and wine cellar, which has whisky bottles collected by Barb Giese's dad.

"This is also where I keep my $10 bottles of wine," Al Giese said with a laugh.

Walking through the house, Barb Giese said its decor reflected her sense of style.

"You look in magazines and you see homes that are all in black or white," she said. "Those houses seem too stark or cold to me."

Instead, Barb Giese prefers a pleasant shade of beige to her rooms.

"I think it makes it warmer and homier," she explained.

Especially welcoming is the dining room, which has a furniture set that once belonged to Barb Giese's grandparents.

Similarly, the primary bedroom features meaningful keepsakes, like a vintage writing desk that Barb Giese used as a child.

In addition, there is an antique commode that was once owned by Barb Giese's great-grandfather.

Family is very important. That is certainly true whenever the Gieses' two adult daughters come to visit.

"That's one of the nice things about having a house by a lake," Al Giese said, chuckling. "We get plenty of visits from family every summer."

"I know our granddaughters always say they have their regular friends back home and their summers friends in Okoboji," Barb Giese said. "It's fun that they enjoy our house as much as we do."

Yet Al Giese readily admits it is his wife who keeps the interior of the house in tip-top shape.

"Barb decorates the house," he said. "I get to take care of the lawn."

Reflecting back on his time at the lakes, Al Giese said this lifestyle is the perfect combination of rural and city living.

"Here, we get the modern elements in our house," he said. "Plus we can see plenty of wildlife from our window."

Indeed, Al Giese said it was the perfect house for him and his wife when they purchased it.

While they aren't planning on selling it anytime soon, he said it would be an ideal home for an executive who has an eye for upscale living.

"I lived in the Twin Cities for a long time," Al Giese said. "I much prefer living where I am now."

Motorcycle enthusiasts and summer vacationers alike are flocking to the Spirit Lake plant where Indian Motorcycle bikes are made.

Clark Museum owner says there isn't another museum like his

To say the museum is packed full of history is an understatement. Inside, you'll find original games, artifacts from past era restaurants and businesses, signs, authentic rollercoaster cars from Arnolds Park Amusement Park and anything and everything in-between.

The improvements at Arnolds Park Amusement Park just keep coming. A new stage on which to host outdoor concerts in being constructed on Preservation Plaza, along with a permanent concession stand and restrooms.

Jump around at Bouncelandia amusement park in Milford

Now in their third season, which they hope to begin in May, Narsi said there's a whole lot that will be new to returning bouncers

After 25 years, Iowa Rock 'n Roll Music Association is looking for the next guitar heroes

For nearly three years, it has been Clay Norris' job to save the incredible stories of the rock musicians who were significant in the state of Iowa.

At 1618 Hill Ave., five women-owned businesses are making a mark on Spirit Lake by operating in one building. Allure & Co. and The Lofts are a group of unique businesses, working together to serve the Spirit Lake community and the summer Okoboji visitors.

Drip Okoboji is offering a new way to get hydrated

After a day on the water or a long night of drinking and enjoying lake life, one can become quickly dehydrated. While a few bottles of water can help, Drip Okoboji is offering a new way to hydrate.

Located in Spirit Lake's Arthur Heights District, the home of Al and Barb Giese has ample elegance in a quiet, family friendly environment. 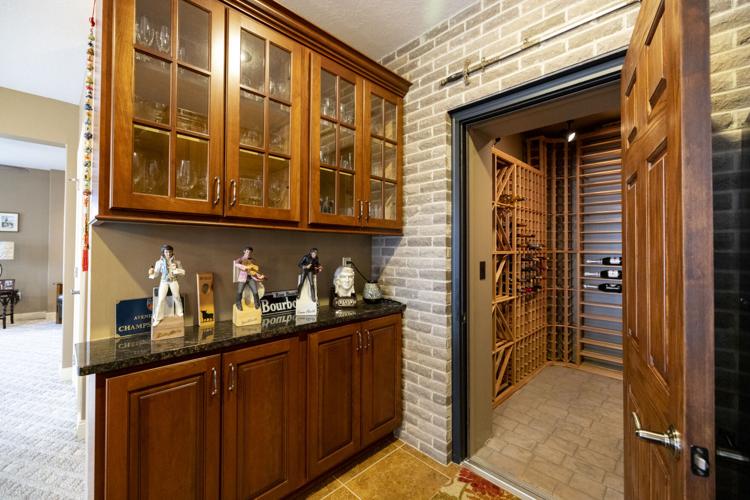 On the counter behind the bar are whisky bottles collected by Barb Giese's father. The wine cellar, in back, features bottles of the $10 wine favored by Barb's husband Al. 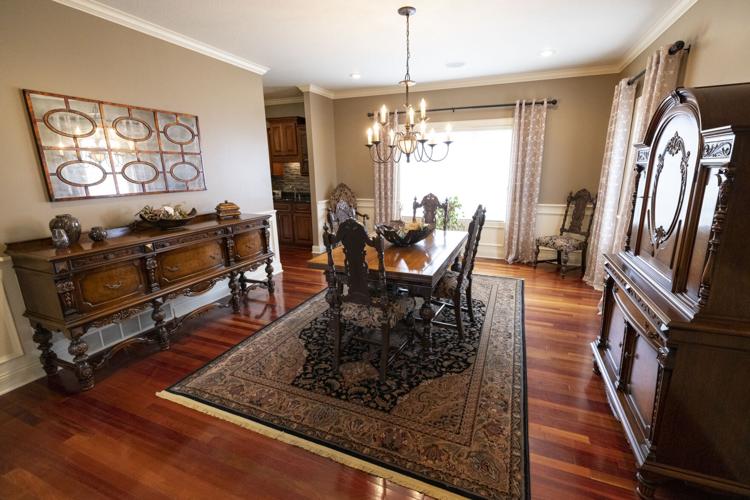 A dining room set, which once belonged to Barb Giese's grandmother, adds an elegant touch to the Spirit Lake home. The dining room set, made in Germany in the 1920s, now sits just off the entryway on the first floor of the house. 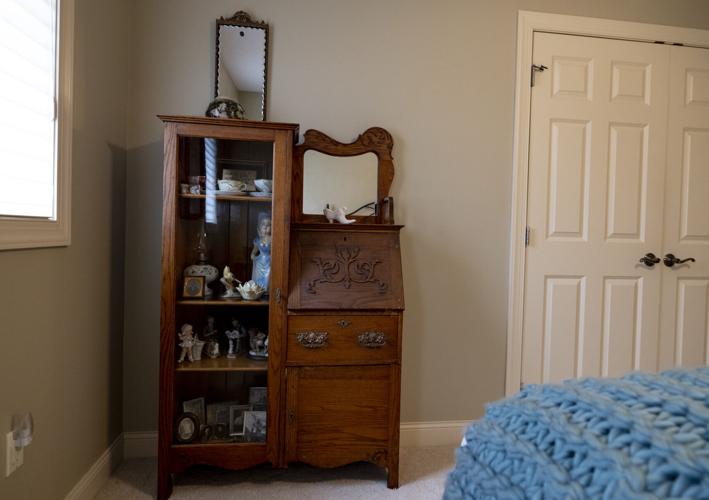 Barb Giese still keeps this antique writing desk, which was in her childhood bedroom, at the Spirit Lake home she shares with her husband Al Giese. 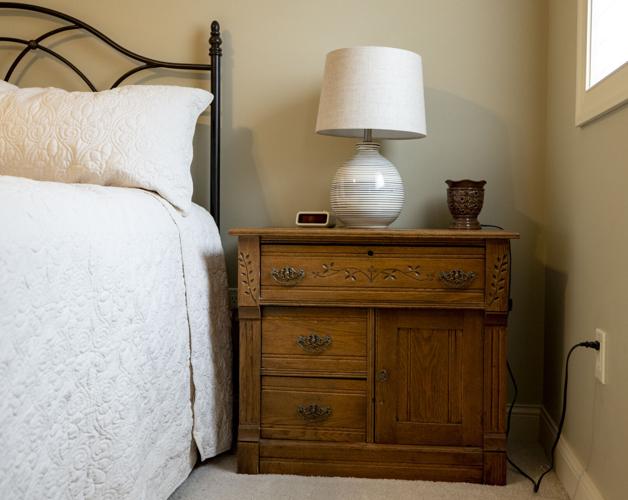 An antique commode, which was once owned by Barb Giese's great-grandparents, can be found in the couple's bedroom. 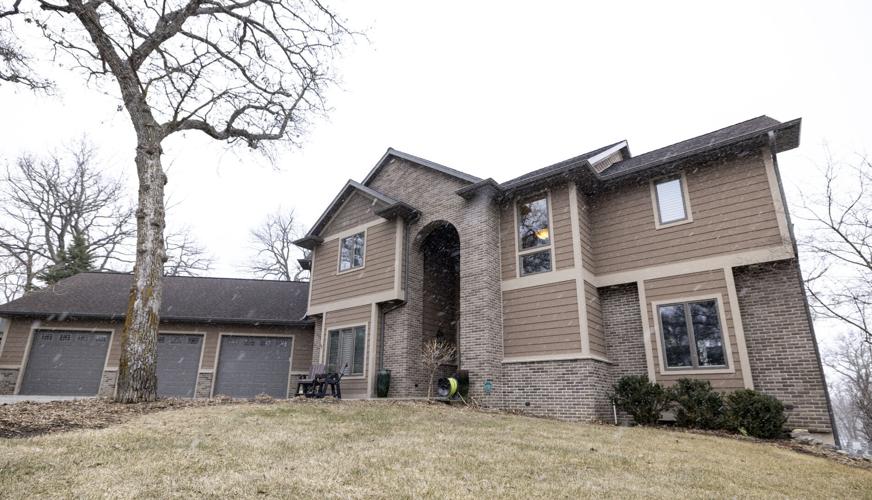 Al and Barb Giese purchased their five-bedroom house a decade ago. It has easy access to Spirit Lake's East Lake and plenty of space for a family. 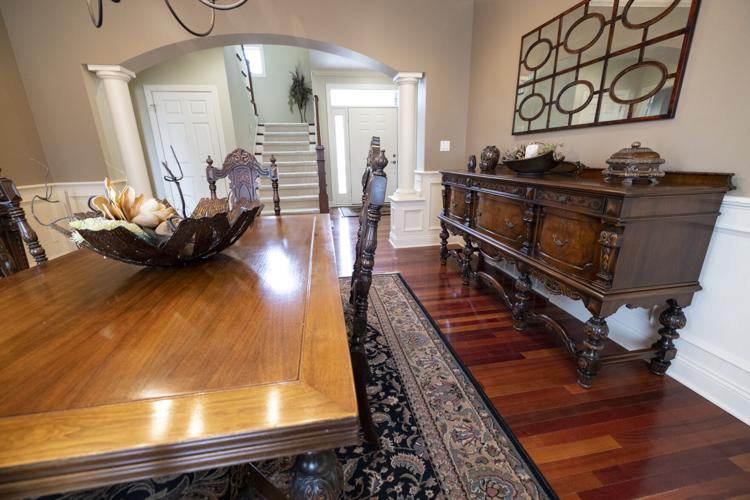 Barb Giese found this decanter set with glasses on a trip to Italy with her husband Al Giese.