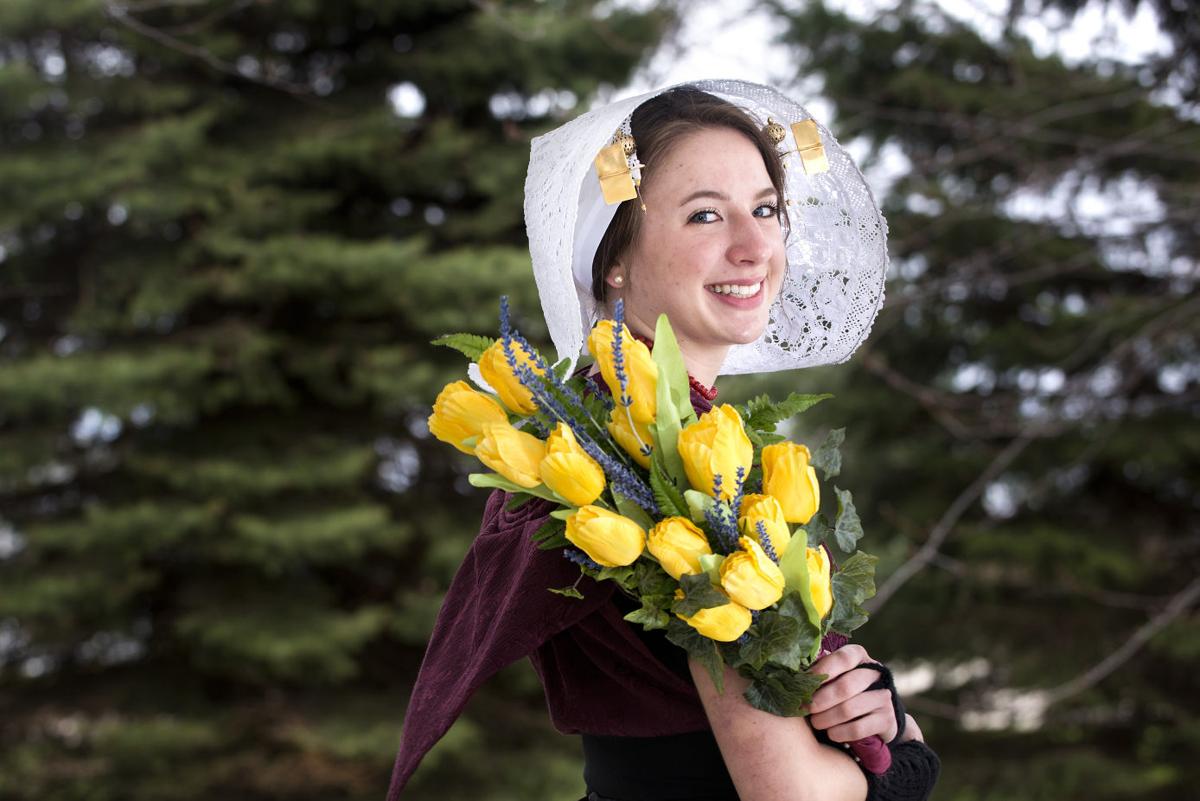 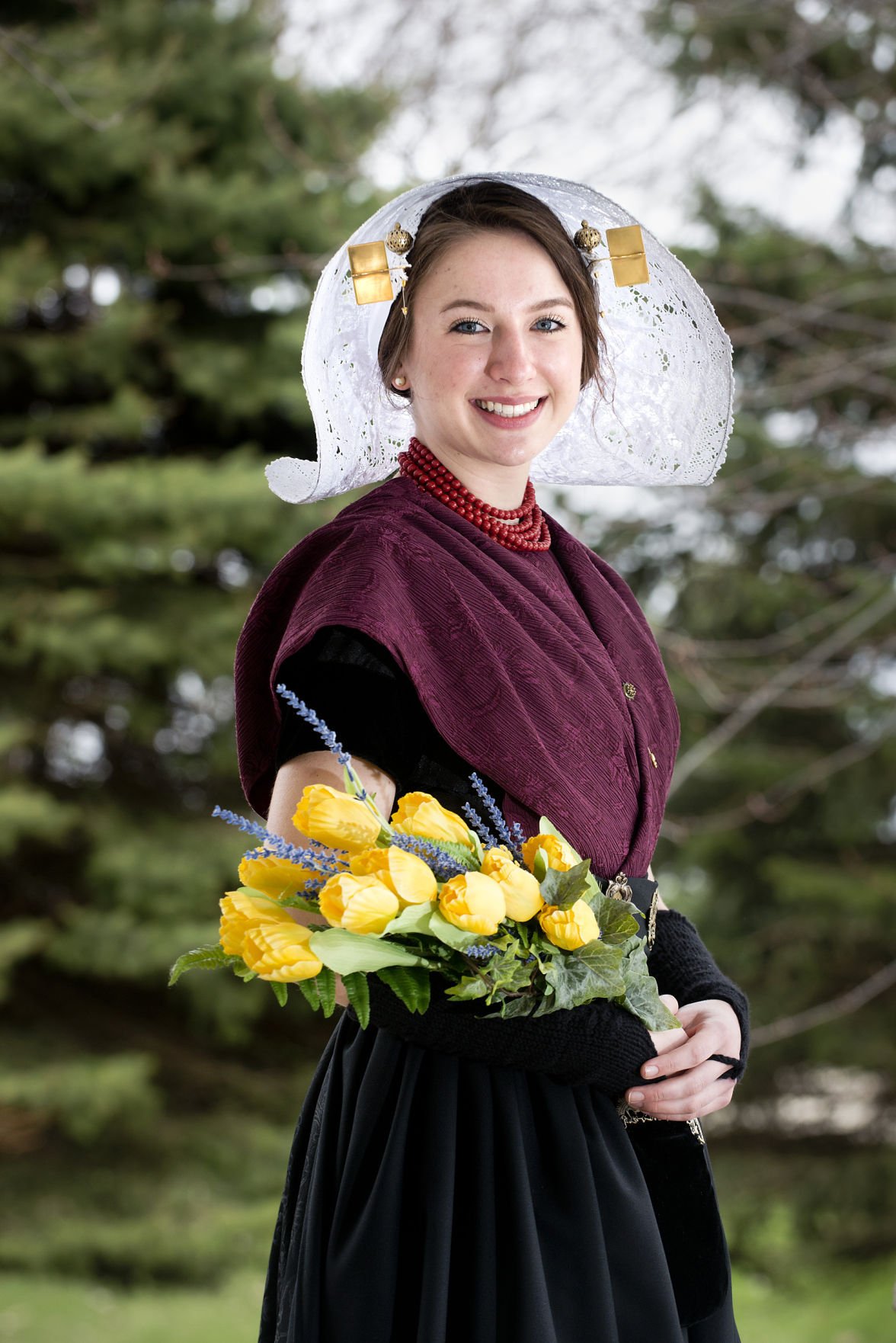 Ava Grossmann, the 2016 Orange City Tulip Festival Queen, is the first in her family to wear the crown. She is the only daughter of Glenda and Jonathan Grossmann. 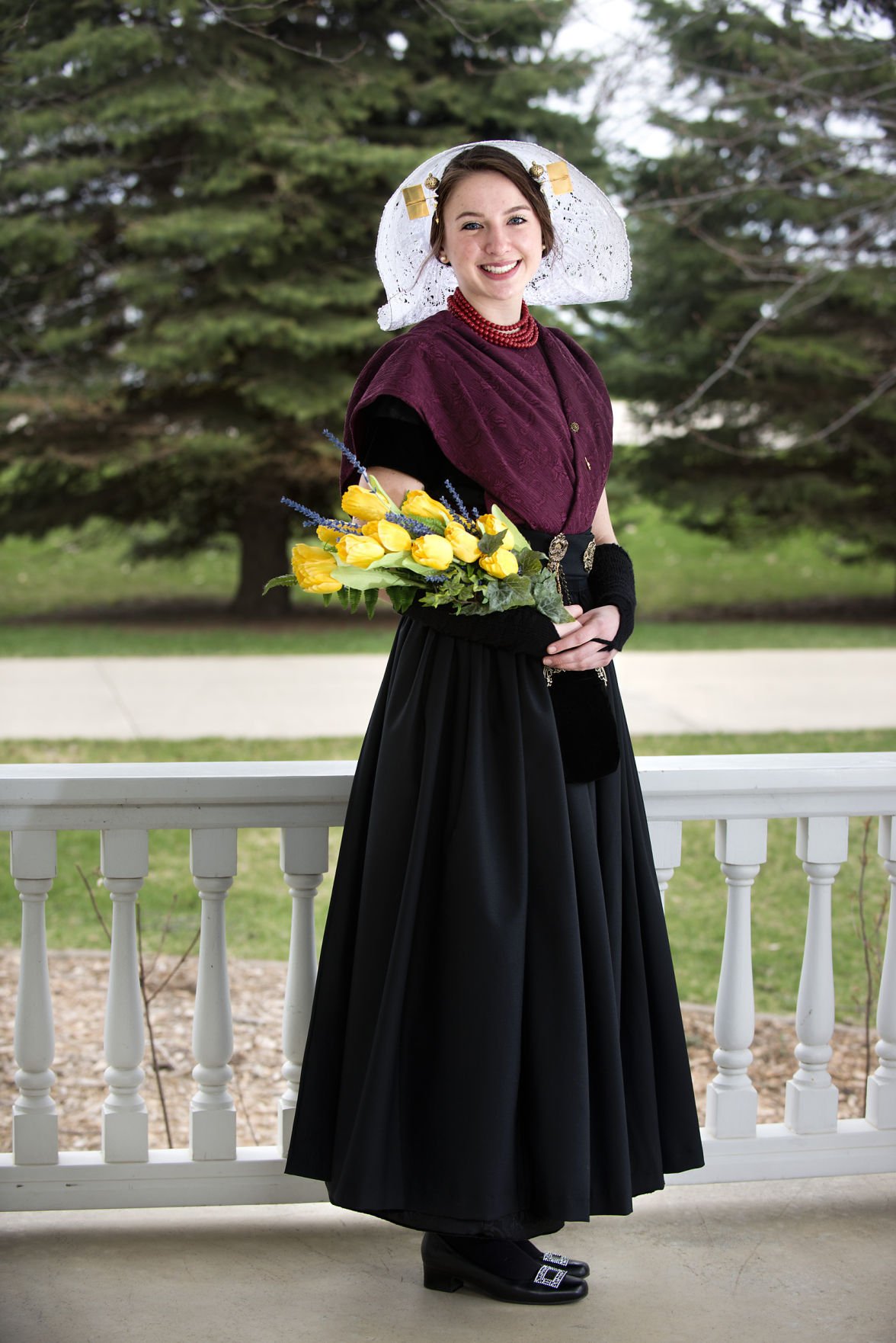 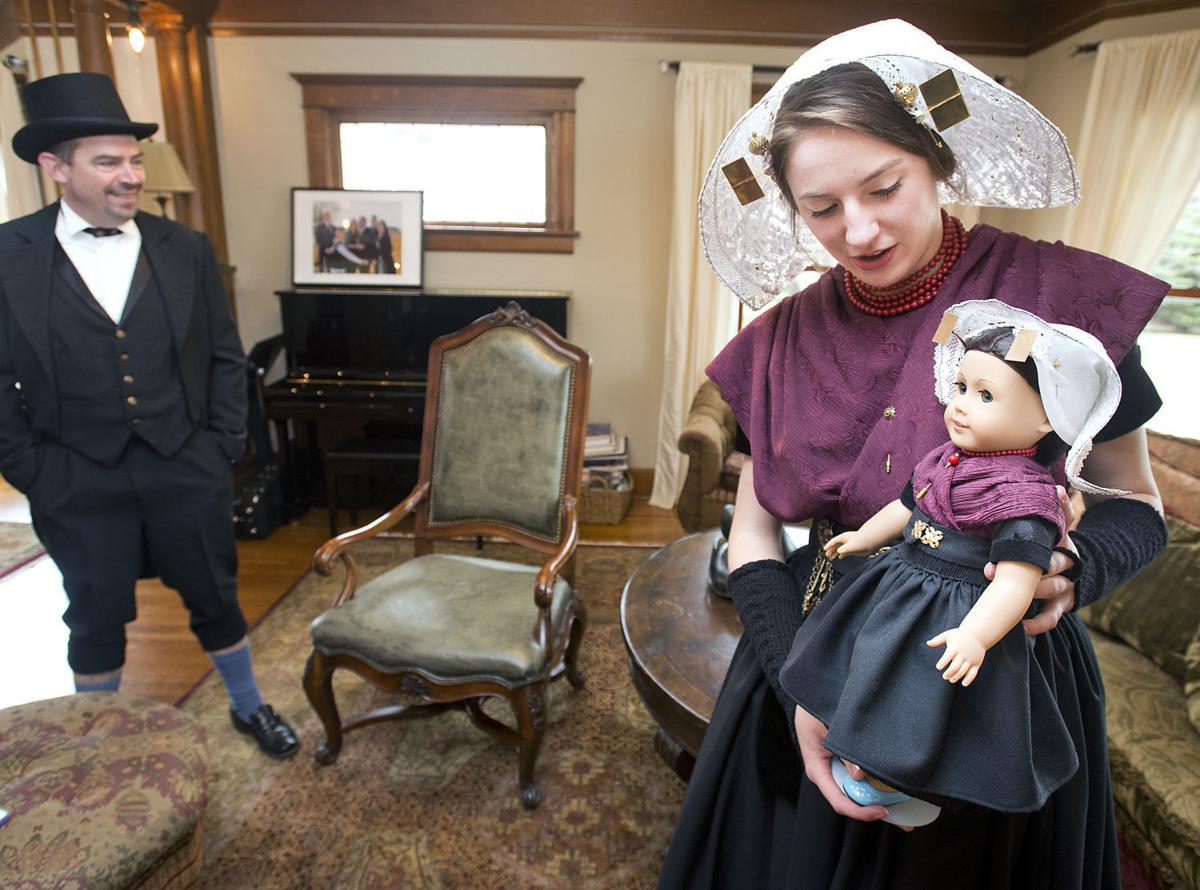 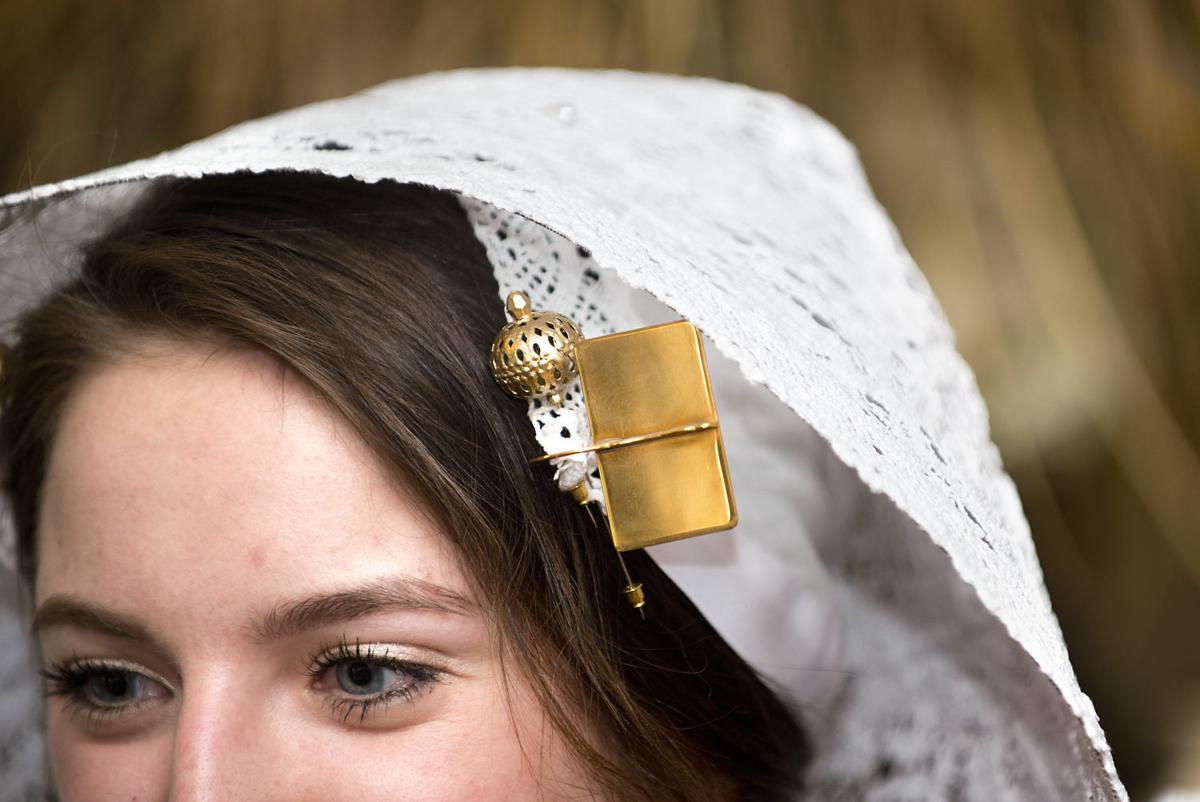 A detail of Ava Grossmann's hat is shown. Her costume pays homage to the Dutch province of South Beveland. 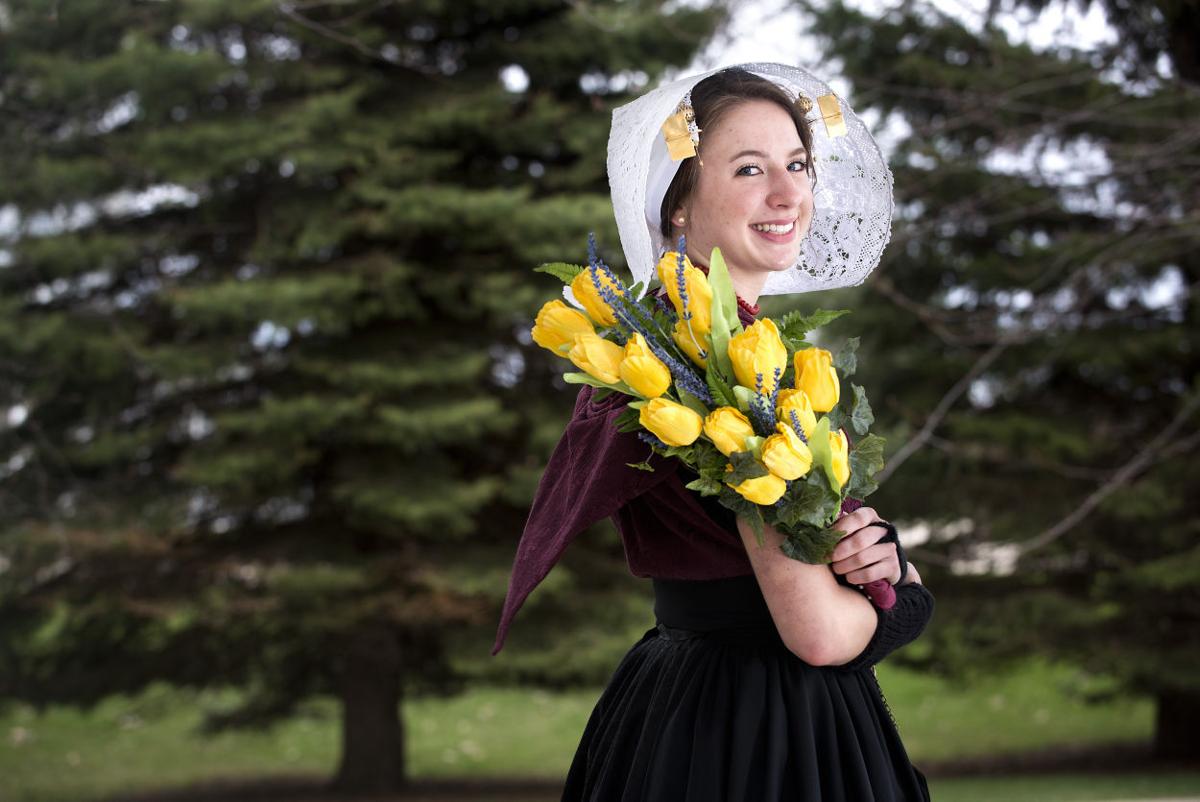 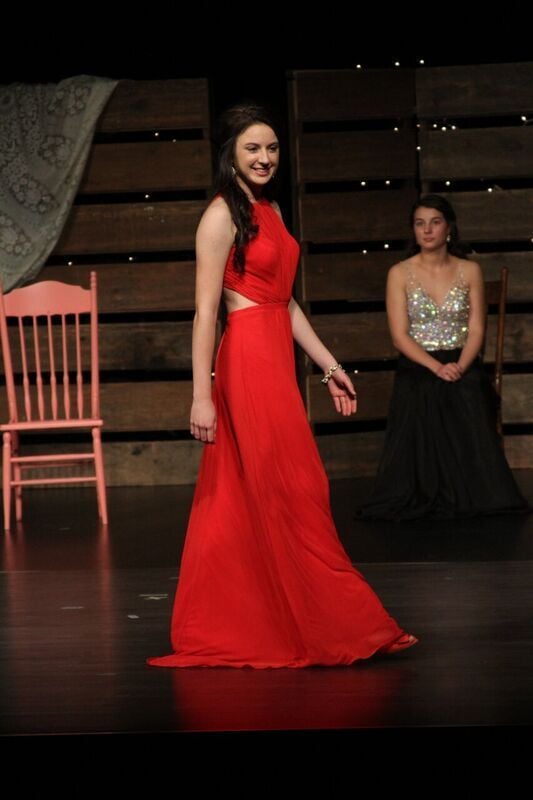 Ava Grossmann walks across the stage during the 2016 Tulip Queen Pageant. 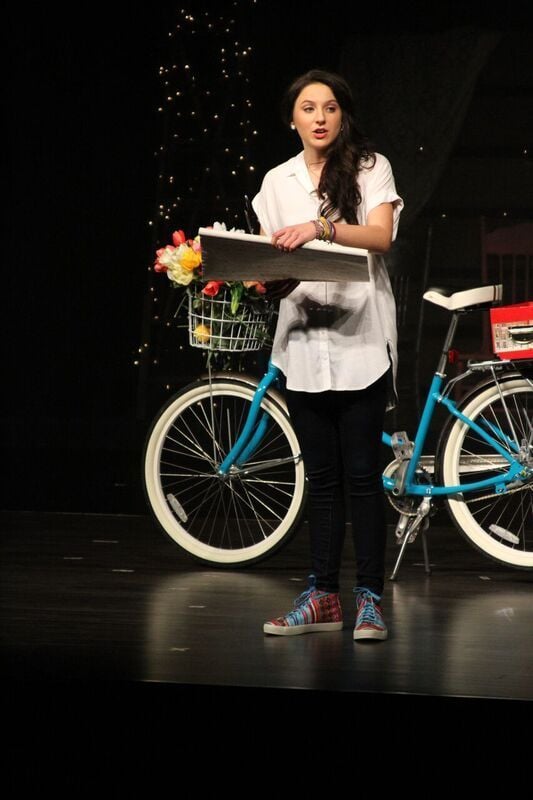 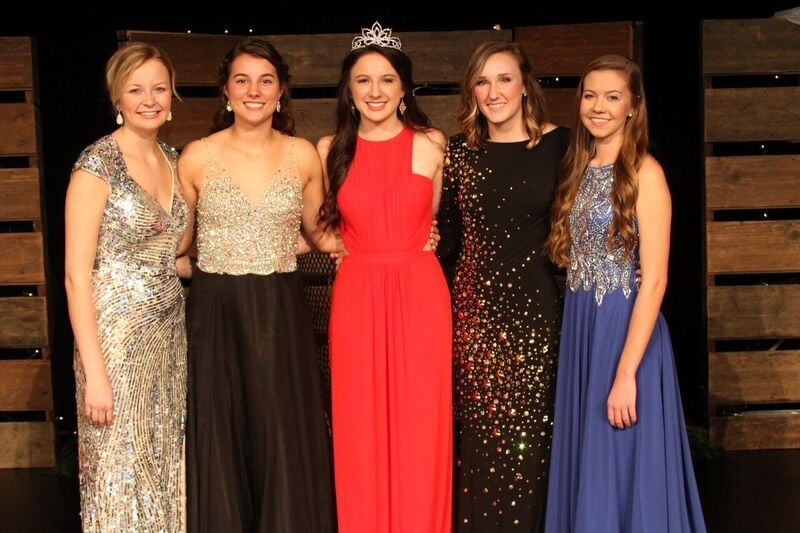 Ava Grossmann, the 2016 Orange City Tulip Festival Queen, is shown with her court after the Tulip Queen Pageant, which was held in November.

Grossmann, the daughter of Glenda and Jonathan Grossmann, is a senior at Unity Christian High School, where she is a member of the dance and golf teams. She also plays the violin.

Grossmann, who has been attending the Tulip Festival since she was a little girl, answered 20 questions about the annual celebration of Orange City's Dutch heritage.

1. How long have you been attending the Tulip Festival?

2. What is your earliest memory of the Tulip Festival?

"Street scrubbing. We'd go as a whole family; and I was always afraid I'd get water thrown on me. I didn't want to get my costume wet. I had a costume that was purple; and I had a really bright rainbow-colored apron."

3. What is your favorite part of the festival?

"I love to see all of the costumes. I think there are so many unique costumes with all the different colors. Being on the court has shown me there's a lot of special meaning behind all of the different pieces."

4. Why did you want to become Tulip Festival Queen?

"I decided first to go out for the court just as a way to be more involved in the Tulip Festival and also as a way to serve my community. They've done so much for me. Being in a small town you're really supported. I thought being on the Tulip Court would be a good way to give back and be a closer part of my community."

5. How did you prepare for the pageant?

"We have to do a skit. My mom and I came up with the idea. ... I knew that bikes were a huge part of the Netherlands, so our idea was to propose a bike tour of Orange City. We just worked on getting pieces together for that. My mom has a really cool bike that she got as a gift from my dad. We used that as kind of a centerpiece of this whole skit idea."

6. When did the skit take place?

"The second Monday of November."

7. What was your favorite part of the competition?

"I really liked interviewing with the judges. It was really fun to get to know them and share what I love about Tulip Festival. I thought that was a really fun part of the whole process."

8. What do you think was the most challenging aspect of the pageant?

"I was kind of nervous for the impromptu questions. That was something I was kind of scared about. They asked me what color was my favorite color and why it represented my personality."

9. How did you answer that question?

10. What does it mean to you to be Tulip Festival Queen?

"I think it's really a once-in-a-lifetime opportunity; and it really opened my eyes to all of the people behind the scenes that you don't see. You see Tulip Festival as this three-day production and there's all the costumes and all the foods and all the rides, but being the queen and being on the court has showed me how much people really care about our community and how much time and effort and heart that people pour out into Tulip Festival. It's really made Tulip Festival a much more special experience for me. I've been really grateful for all the people who have come along and helped from the queen's committee and the costuming committee and the roadshow committee. It's been really great to see all those people and really acknowledge them and thank them for all the work that they've done."

11. What's the difference between the queen and the other members of the court?

"There's not really a ton of difference, I'd say. I just do a little bit more public speaking and my costume's a little bit different. It's all a team effort."

12. What are your duties as queen?

"When we go to Des Moines, I'll have to speak to the House and the Senate and invite them to Tulip Festival. It's kind of the same thing when we go to Pella -- thank them for their hospitality and invite them to our festival. If we're interviewing somewhere and there are any hard questions, usually that's something that I'll just take over and I'll answer."

13. What's the significance of your costume?

"The hat is round to show that we're Protestant. If I had a square hat that would mean that I was Catholic. This scarf ... mine is crossed left over right to show that I'm not married. If someday I get married, I'll have to cross it the other way -- right over left. You can't see it underneath, but I also have this really cool applique wool skirt that just makes the skirts fuller. Because back in the 1880s when they used this dress, it was more attractive to have full hips. They added some extra layers to try to achieve that look."

14. Which province does your costume honor?

15. What do you think of this costume in comparison to other costumes you've seen at the Tulip Festival?

"I love this costume! I think it's very beautiful. There's a lot of details that you don't get to see, but I know they're there so I think it's kind of a special thing."

16. How long does it take you to put on your costume?

"They wrote out all of the instructions in order. Some of it we have to put on a certain way to show I'm not married or something like that. We have to make sure we get all of those little details right."

18. What's your favorite kind of tulip?

19. What's your favorite food to eat at Tulip Festival?

"Definitely the poffertjes. You get a little basket of like 10 of them. They are delicious."

20. Tell me about the trophy you won. Where do you keep it?

"The loving cup? I don't get that until the festival. They put all of the names of all of the queens on the loving cup. I'll get to keep that for a year. I'll probably put it in my room. That's where I keep my crown."

ORANGE CITY, Iowa | On a blustery day with gusts up to 45 miles per hour, the tender tulip shoots trembled in the wind while people lined up o…

PARTING SHOT: Care for a mountain of Kleenex?

I am not good at being sick.

Doc, I Have a Question

Is it natural to feel tired most of the time? I think I get enough sleep but do I need to add a vitamin or something else?

Practice walking in wooden shoes before festival to prevent injury

ORANGE CITY, Iowa | The Dutch have been wearing wooden shoes since medieval times.

ORANGE CITY, Iowa | Never before has Brian De Jong been so happy to "parade" about his hometown.

ORANGE CITY, Iowa | Many Iowa community parades will have county candidates throwing out candy and legislative or higher office candidates out…

Ava Grossmann, the 2016 Orange City Tulip Festival Queen, is the first in her family to wear the crown. She is the only daughter of Glenda and Jonathan Grossmann.

A detail of Ava Grossmann's hat is shown. Her costume pays homage to the Dutch province of South Beveland.

Ava Grossmann walks across the stage during the 2016 Tulip Queen Pageant.

Ava Grossmann, the 2016 Orange City Tulip Festival Queen, is shown with her court after the Tulip Queen Pageant, which was held in November.