OKOBOJI, Iowa -- It's been a big year for Damon Dotson no matter how you slice it. His second baby was born in January and, from mid-March until June, all of his shows were canceled.

He didn't get too bored being away from the stage, partly because of the baby and the toddler. Perhaps "serendipitous" isn't quite the word, but the state of widespread quasi-lockdown did give him a chance spend time with the young ones; he probably wouldn't have had such an opportunity otherwise.

"That has been keeping me really busy, because we've got him and a 2-and-a-half-year-old," said Dotson, 40, a native of Okoboji who lives in Des Moines.

Since 2007, Dotson has performed an annual show at West Lake Okoboji called "Lake Affect." When he came up with the idea for a lake show, Dotson hadn't really intended for it to be an annual event -- "I was just like, 'This would be sweet!'" Only a handful of boats showed up the first year.

Lake Affect grew in popularity among the summer-fun-loving people of Okoboji. By year six or seven, Dotson had resolved that Lake Affect should be an annual thing.

At every summer's show, some large number of people on boats and various floating things gather around Dotson, playing on a barge, in a "land-free" show on the lake.

"It just seems to get a little bigger, or a little more special every year," Dotson said of Lake Affect.

But it wasn't meant to be this year.

Dotson's performances had ground to a halt in mid-March, just as the pandemic was taking hold in Iowa. He had been set to perform a St. Patrick's Day show, but that was canceled -- and on that day, Gov. Kim Reynolds declared a statewide public health disaster emergency, limiting gatherings to 10 people and closing bars, restaurants, casinos and other public establishments. It was not a good time for musicians, or anybody else.

For weeks that dragged into months, a shroud of uncertainty hung over the Lake Affect show, just as it loomed over everything else.

After holding out "as long as we could," Dotson announced on Facebook late in May that there would be no Lake Affect in 2020. The pandemic made the whole thing untenable.

"That was pretty much solely my decision," he said.

"Every sponsor that I called to notify them, or a friend that would call and I would have to break them the news that, yeah it's not happening, I would get more and more sad about it," he added. "I'm still mad that it's not happening."

Dotson began to resume his concerts for smaller groups and private shows the first week of June. At that time some venues were still hesitant to invite musicians in for live performances, fearful of a potential lack of social distancing.

He wasn't idle during the second half of March and April and May. Guitar in hand, he did a small series of live-streamed shows from a handsomely decorated room in his Des Moines residence. These shows "were really fun," he said, and also well-attended (virtually).

And he's been writing -- he even wrote a song related to the pandemic, and he started new songs and worked on older, unfinished pieces. "I feel like there's been more of an opportunity to work on new stuff than there otherwise normally would be around this time of year."

Pedaling up a mountain: Okoboji Expedition Co. powers through giant spike in demand

Thunder on the Missouri

Swimming lessons are hands-off for instructors in summer of 2020

With instructors taking a "hands-off" approach at Sioux City municipal pools, parents are being called upon to fill that in-pool void amid the COVID-19 pandemic. 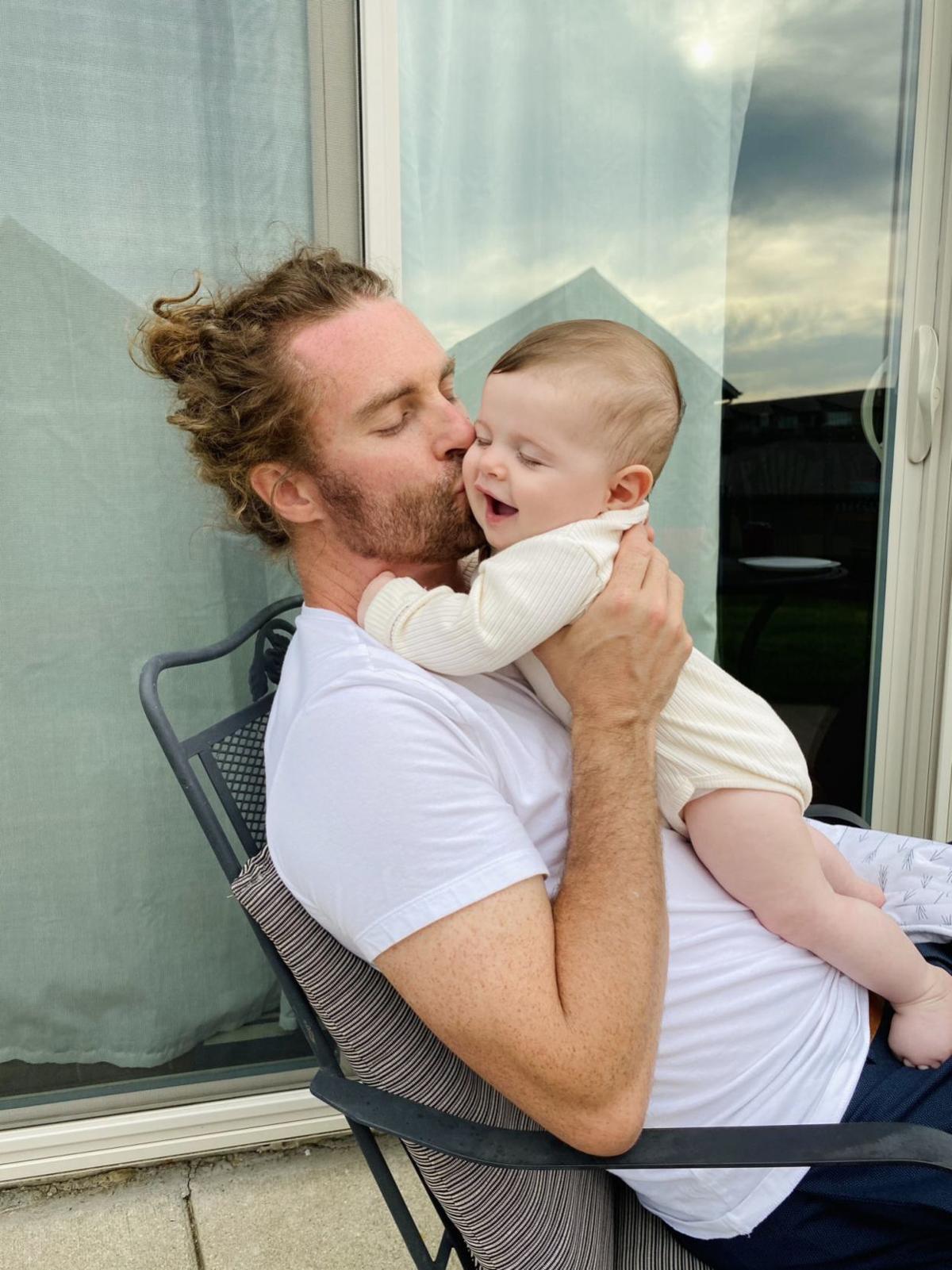 Damon Dotson, shown here with baby Dawes, spent time with his kids this spring after the pandemic canceled all his performances. During this time he also wrote some songs and did some live-stream performances. 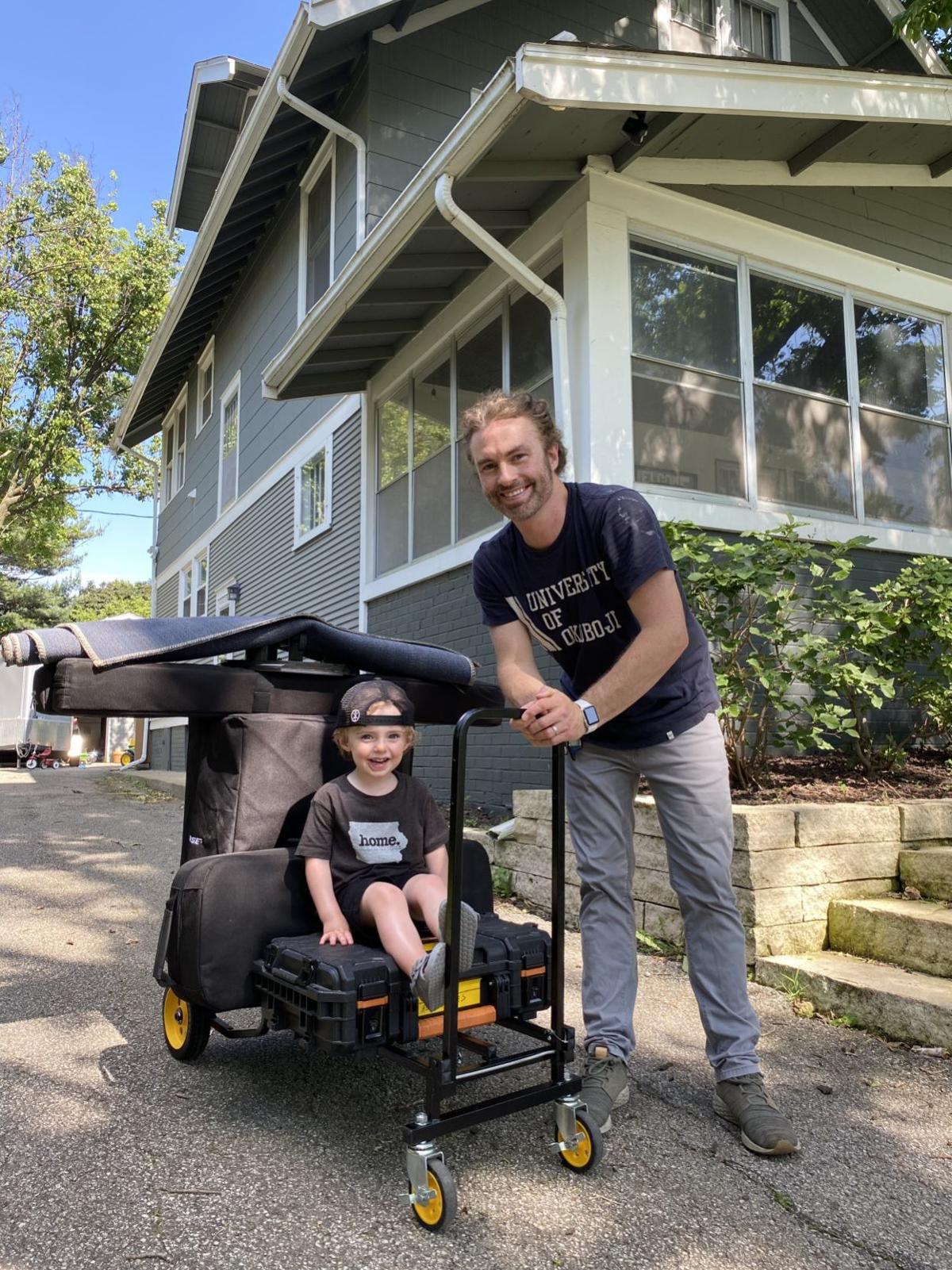 Musician Damon Dotson, shown here with son Arlo, spent time with his kids this spring because most of his shows were canceled. He also wrote some songs and did some live-stream performances. 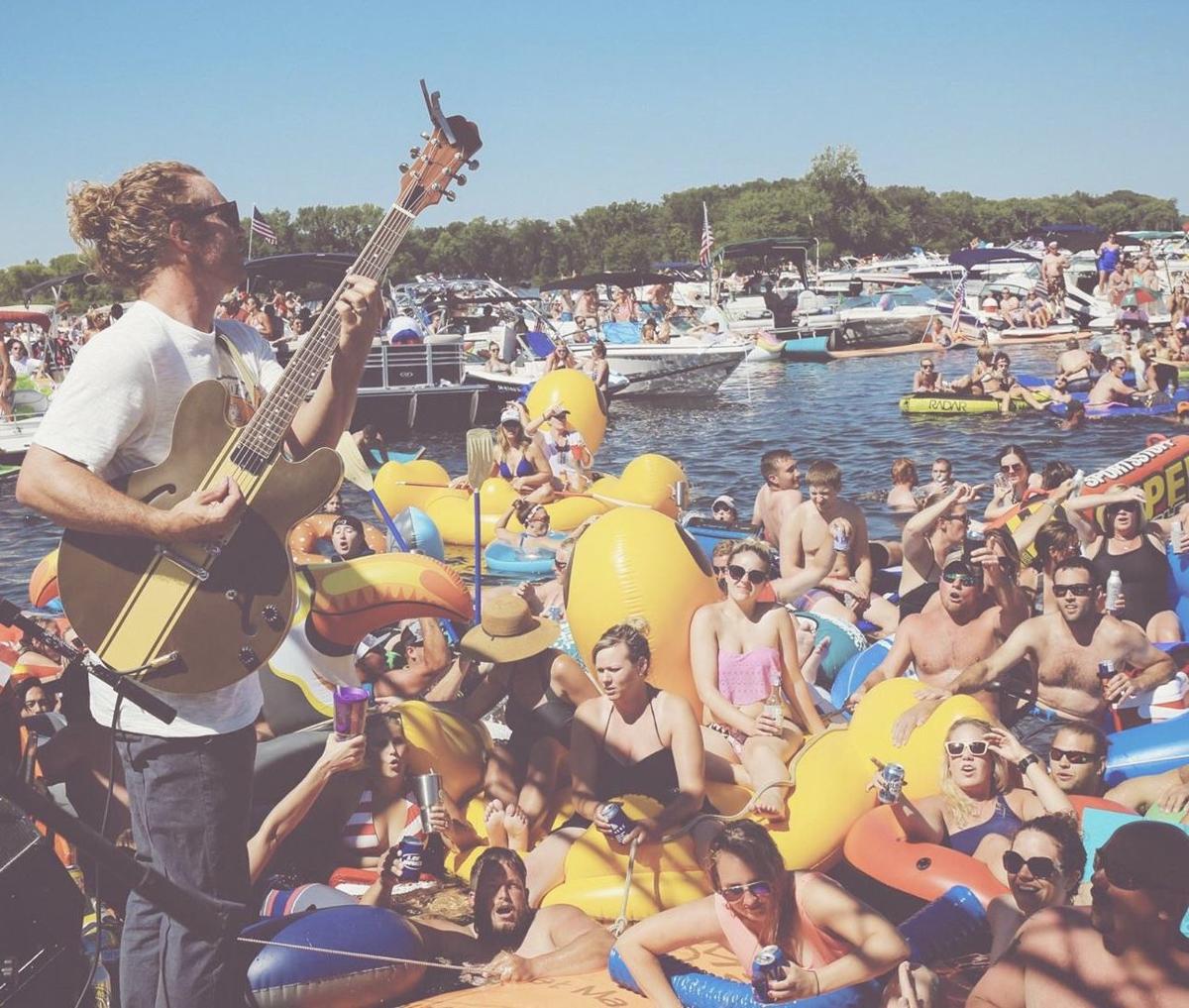 Damon Dotson had to cancel his Lake Affect show this summer due to the COVID-19 pandemic. 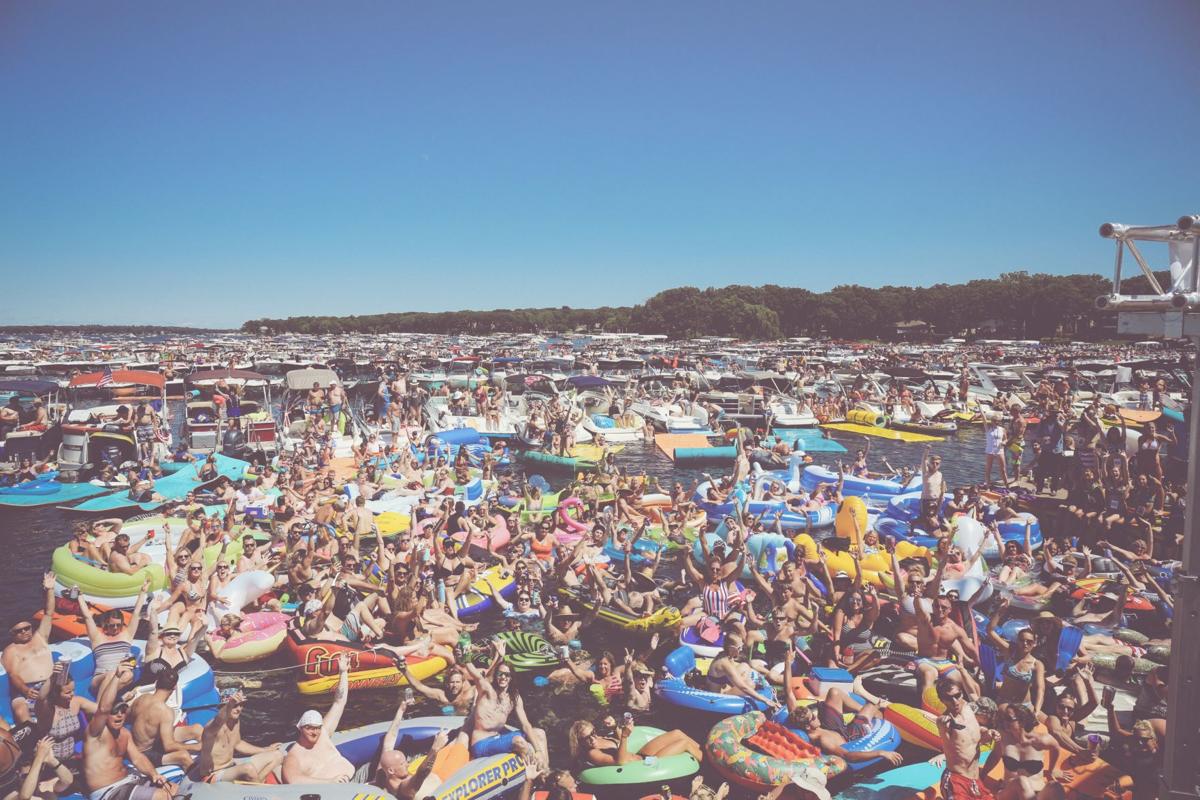 This spring, musician Damon Dotson announced the cancellation of his annual Lake Affect music show at West Lake Okoboji, due to the coronavirus pandemic. For most of the spring, Dotson's shows were canceled, and he spent time instead with his new baby, writing songs and doing live-stream performances from home.

Iowa musician Damon Dotson, known for his Lake Affect shows at Okoboji, performed via live-stream this spring, when all his live performances were canceled due to the pandemic.