Matthew Wingett and Cory Cleveland were also in double figures for the Indians with 13 and 12 points, respectively.

Winnebago raced out to an 11-0 start fueled by two three-pointers from Medina, one of three seniors in the starting lineup.

David Wingett, a 6-5 sophomore, added a three-pointer and a two-point basket during the run.

The lead stretched to 20-5 at the end of the first quarter on a three-pointer by Levi Blackhawk.

For the game Winnebago shot 25 of 49, including nine of 20 from three-point range in securing the school's first state tournament berth since 1994.

Norfolk Catholic was limited to 26 percent shooting going 18 of 69 from the field and four of 16 from the three-point line.

Winnebago Head coach Jeff Berridge said "It was an amazing start for us, you couldn't ask for a better start."

Kobe Lade tallied 17 points and Jared Bellar 11 for Battle Creek, advancing to the state tournament with a 21-5 record.

Kaiser scored 16 of his points in the second half as the Trojans advance to the state tournament for the 19th time in school history and sixth in the last seven years.

As the old adage goes, at the state tournament it is all about winning and advancing. It doesn’t matter if it’s one or 100 points, you survive to play another day. 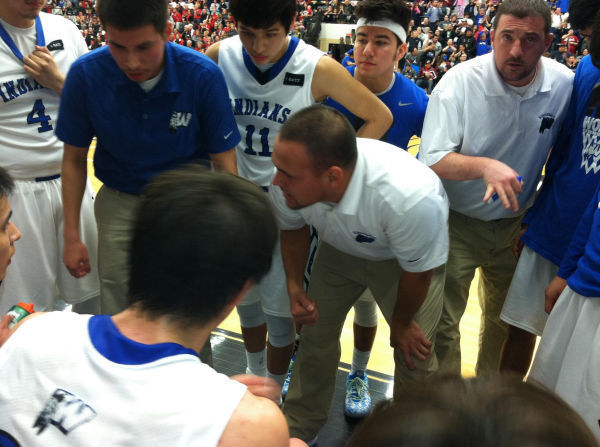 Jeff Berridge talks to his Winnebago team prior to the fourth quarter of Monday's Class C1 district final victory at Rice Auditorium on the Wayne State College campus. 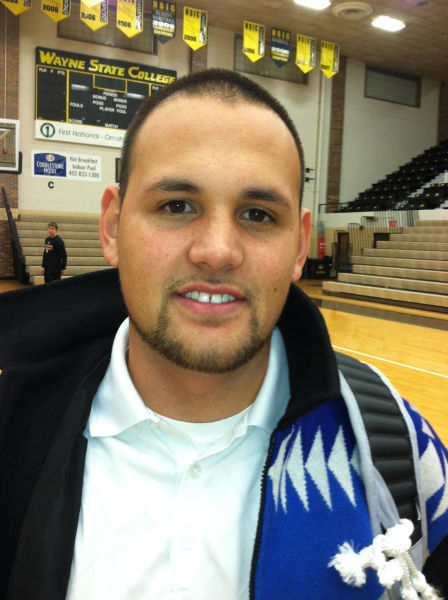