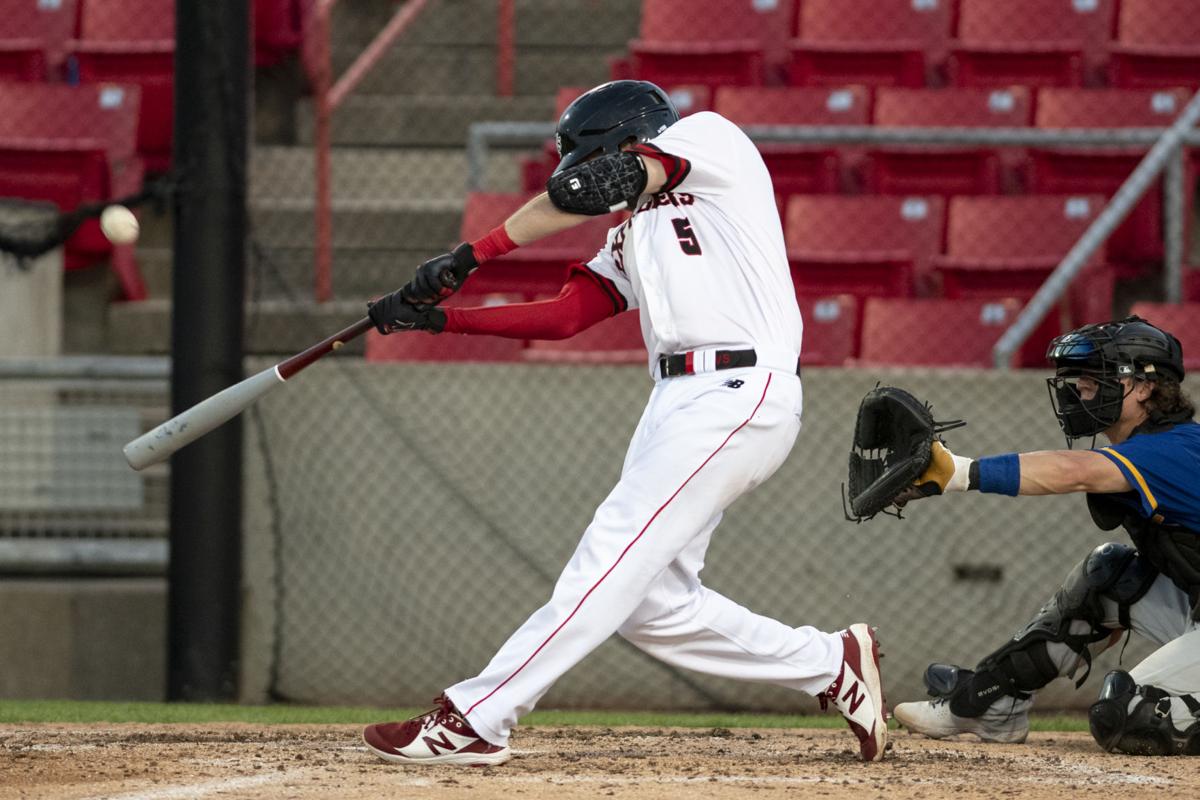 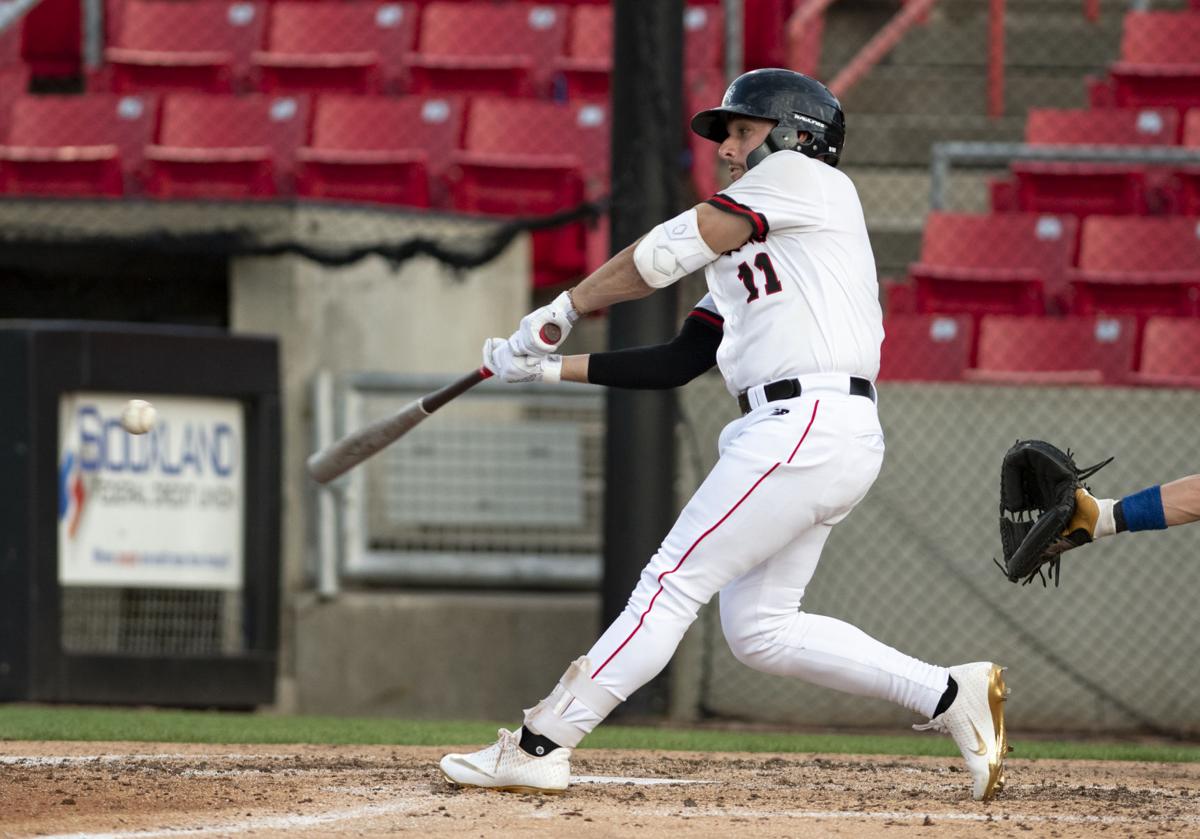 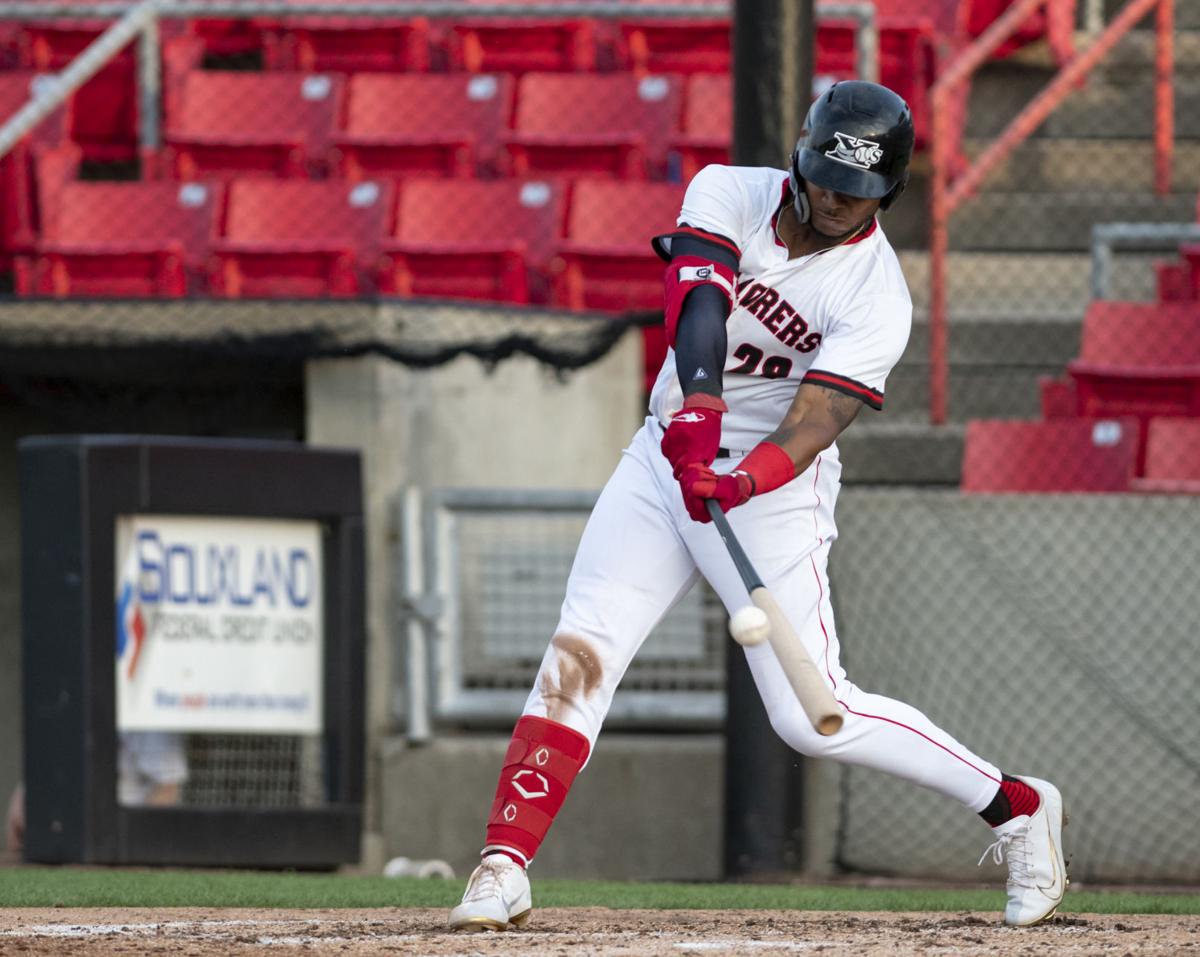 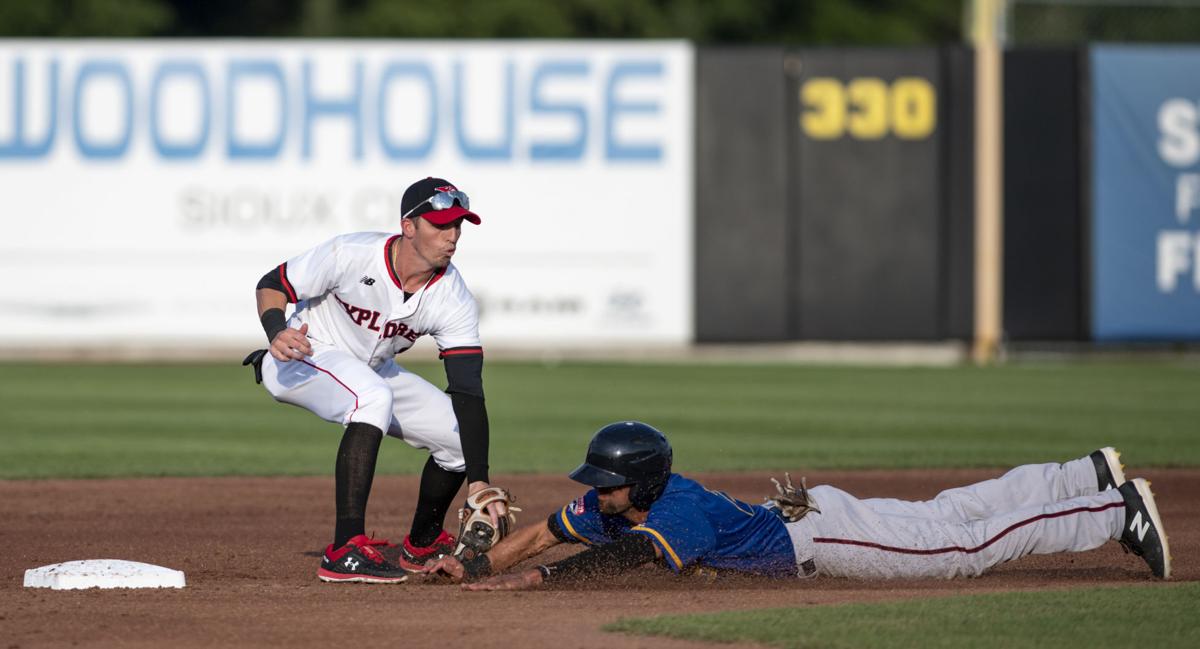 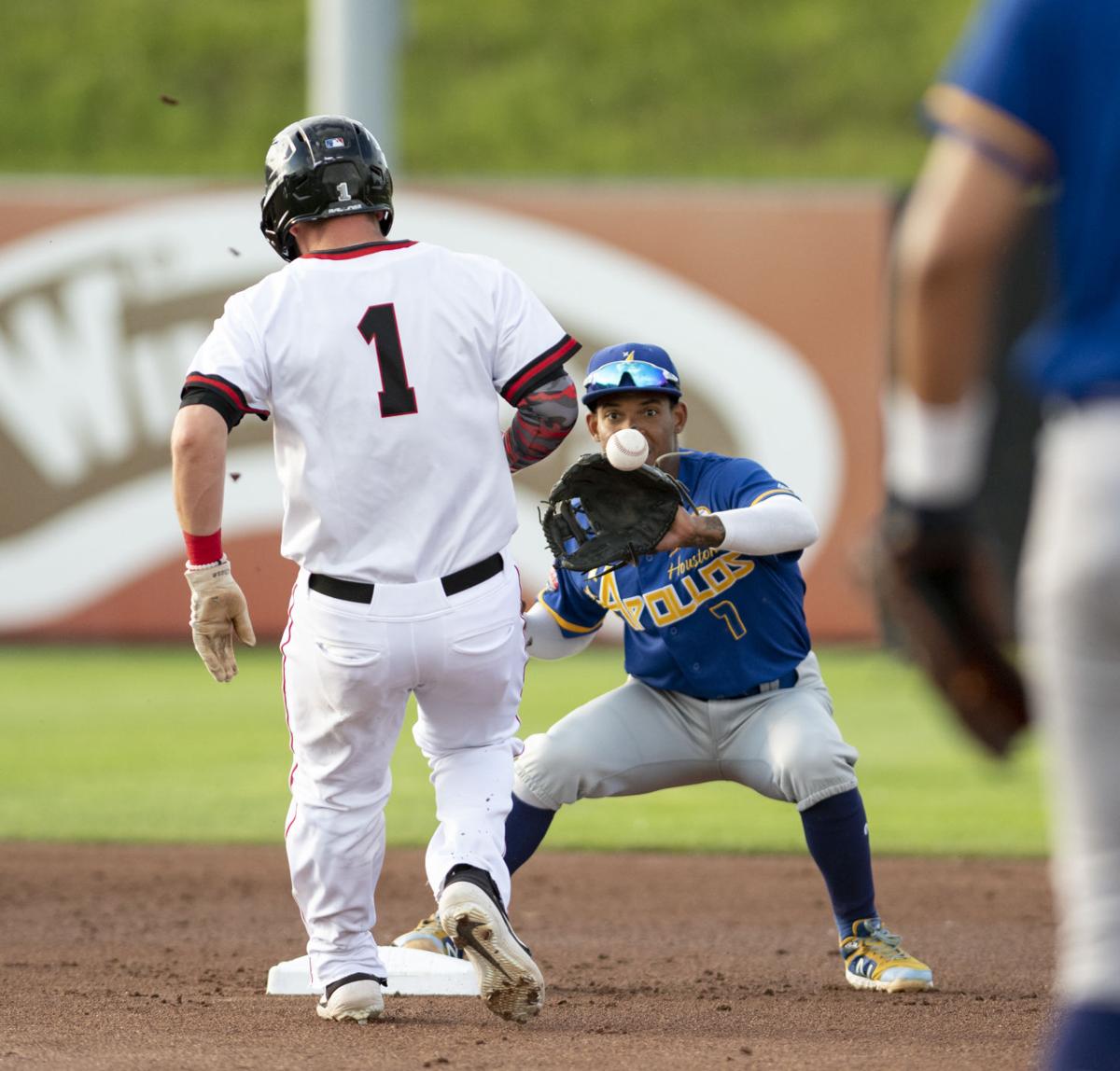 The Sioux City Explorers finally got the offensive breakthrough they had been seeking on Sunday night, as the X’s hitters provided the fireworks in a 13-7 Fourth of July home victory.

With the win, the X’s salvaged the weekend series, and managed to avoid a three-game sweep at the hands of the Cougars.

The game was a back and forth affair that saw the Explorers take an early 5-0 lead, only for Kane County to score four runs to pull back within one. Later, the X’s led by a 7-4 score, but the Cougars responded with another big inning to tie the game at seven.

Only in the late innings did the Explorers’ offense finally put the game away for good.

“It was almost like a heavyweight fight,” Explorers manager Steve Montgomery said. “We just kept punching. That is what you’ve got to do in this league, because of the limited rosters. You’re going to get into some slugfests, and you’re also going to get into some pitcher's duels. It was good to see the offense respond tonight.”

Sioux City got the scoring started in the bottom of the first inning. Second baseman L.T. Tolbert led things off for the X’s with a double to right field, and then scored on a double-play groundball from third baseman Blake Tiberi. In the inning, the X’s managed just one run despite loading the bases with no outs.

In the second inning, the X’s offense finally showed up, as Tolbert drew a bases loaded walk to push across a run, and first baseman Jose Sermo cleared the bases with a bases-loaded triple. At the end of the frame, the Explorers held a 5-0 lead.

But that cushion was short lived, as Sioux City starter Joe Riley gave up five hits and four runs in the top of the third. In the bottom half of the inning, the X’s added two more runs to go up 7-4, but Kane County tied the game with three runs in the top of the fifth, two of them on a home run by third baseman Gavin LaValley.

Later in the inning, designated Hitter Nick Zamarelli drove in left fielder Mark Karaviotis with a single to knot the game at 7-7.

In their half of the fifth, the X’s yet again came through at the plate. Left fielder Sebastian Zawada led off the inning with a solo home run. The next batter, center fielder Chase Harris, drew a walk and later scored from third on a wild pitch from Kane County reliever Andy McGuire.

Two more crossed the plate in the inning for Sioux City on a error from LaValley. Sermo hit a line drive at LaValley, who dropped the ball and then airmailed the throw to first, which scored Tolbert and Chris Clare. By the end of the inning, four runs had scored and Sioux City held a 10-7 advantage.

In the bottom of the seventh, the X’s scored their 11th run as Sermo drove in Tolbert with a single, his second hit of the night. Sioux City catcher Mitch Ghelfi drove in two more in the eighth with an RBI double to right center, putting Sioux City up by a 13-7 score.

In the ninth, rookie pitcher Tyler Koch closed it out with a 1-2-3 inning, the final out coming on a strikeout from Kane County first baseman Kacy Clemens.

For the X’s offense, Sunday’s offensive showing was a much-needed mental boost.

“We get out here at like two o’clock, and we don’t stop hitting until six,” Zawada said. “The guys are working so hard, and it’s been a struggle. I wouldn’t even call it a struggle, we’ve just been hitting balls hard to people, and getting hits, but not in the right moments.”

“That’s baseball, but we’ve been working our tails off and it was nice to come out here and hit some good pitchers well.”

Riley got a no-decision after giving up six hits and six earned runs over 4 ⅓ innings. Relief pitcher Matt Quintana got the win after allowing one earned run over 1 ⅓ innings.

For Kane County, starting pitcher Koby Bishop went 2 ⅓ innings on the mound and gave up seven runs, four of them earned, and five hits with seven walks. The next two Cougars’ pitchers, Tom Curtin and Andy McGuire, both also went 2 ⅓ innings, with Curtin allowing two earned runs on one hit and three walks, and McGuire allowing one earned run on three hits.

Jamal Wade pitched one inning for the Cougars and allowed two runs to score.

On offense, the Explorers managed 11 hits and 14 walks, while the Cougars had 10 hits on the evening. Tolbert and Chase Harris each had four hits for the X’s, with Tolbert hitting two doubles and scoring four runs.

“I think the biggest thing is to keep doing what we are doing,” Tolbert said. “This is a really good team, and this lineup is one-through-nine. I feel confident in everybody in the lineup that they are going to hit and produce.”

The victory improved Sioux City to 26-16 on the season.

SIOUX CITY — Through all the Sioux City Explorers' ups and downs, and hot streaks and slumps this year, one player has consistently produced a…

The Okoboji softball team pulled off the upset of the season on Tuesday night in the opening round of the Class 3A, Region 2 quarterfinals, as…

Hawkeyes' Tracy creating his own identity

IOWA CITY – Tyrone Tracy Jr. just wants to be himself. 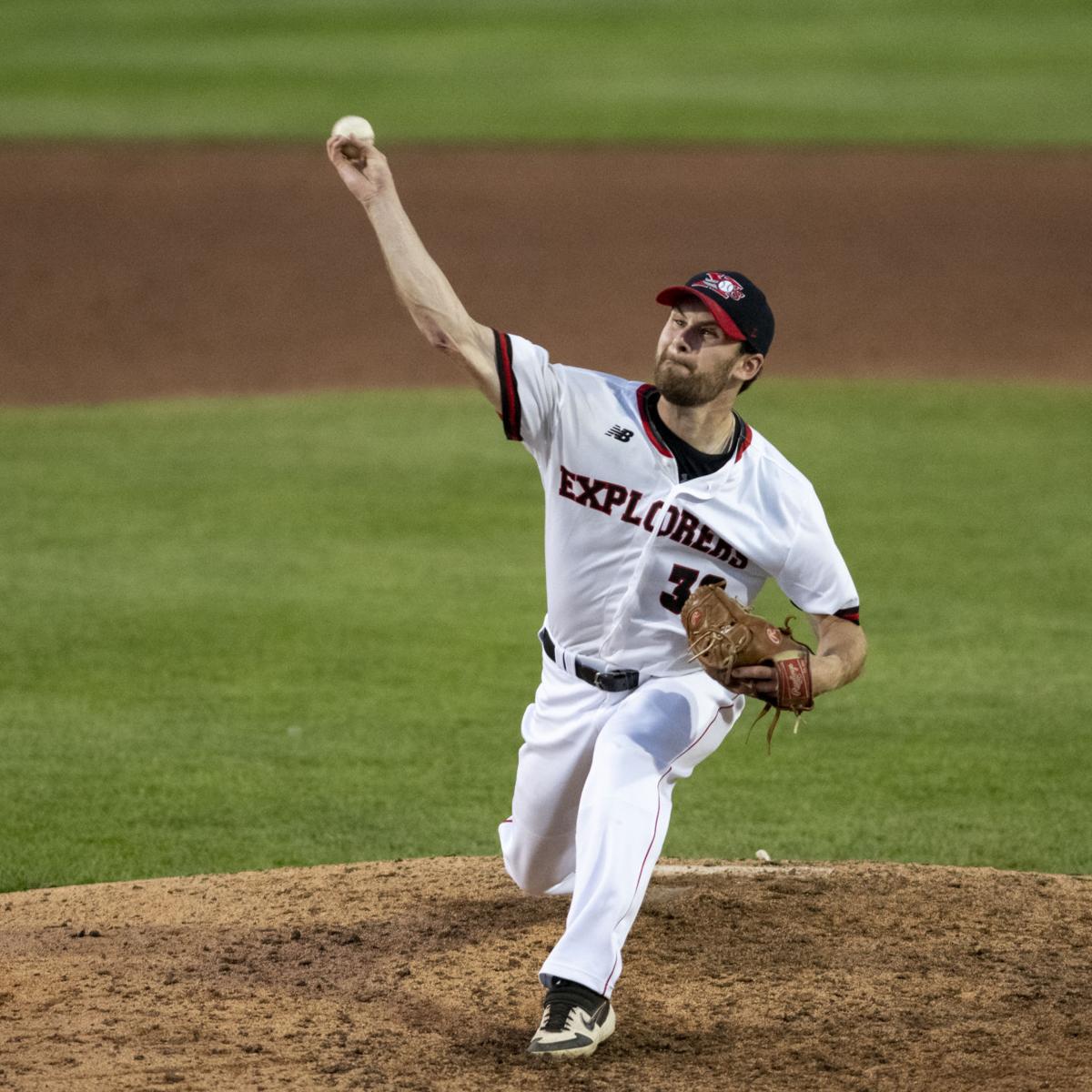 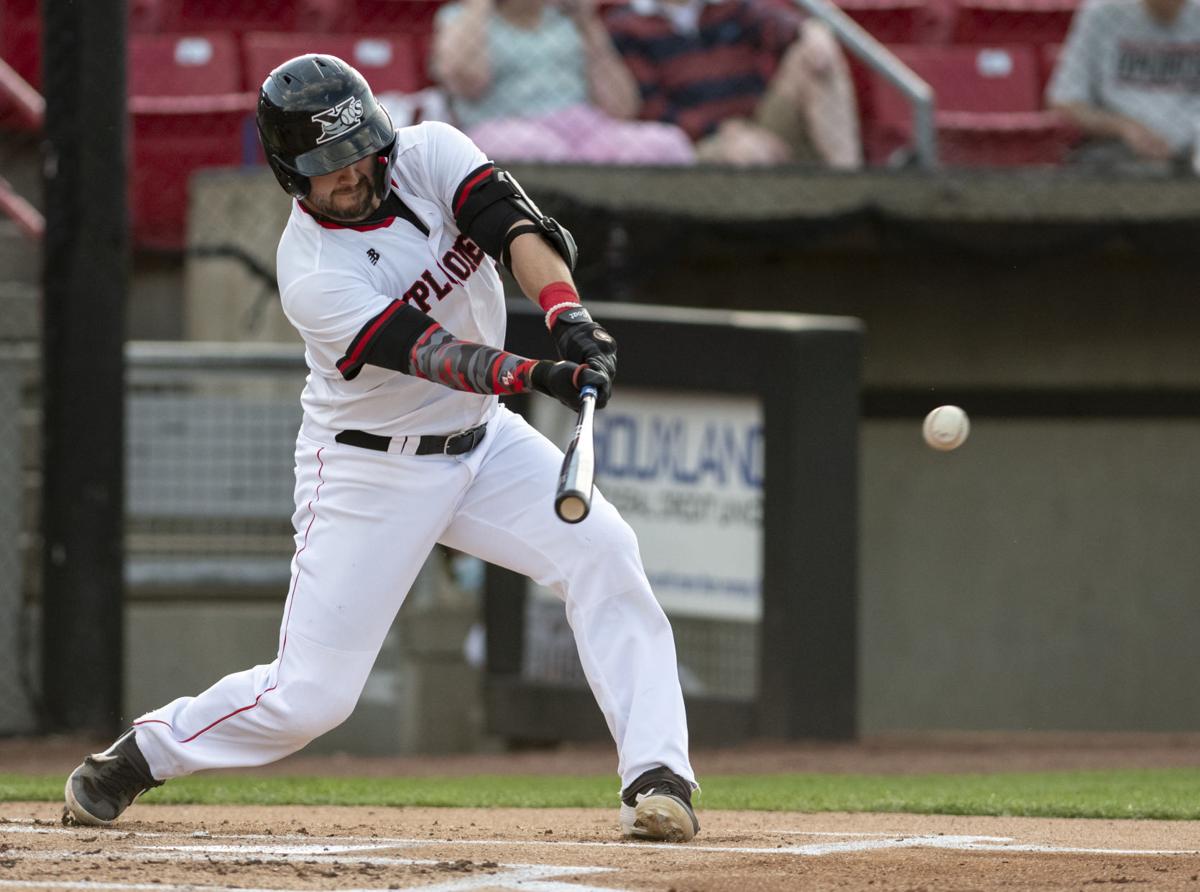