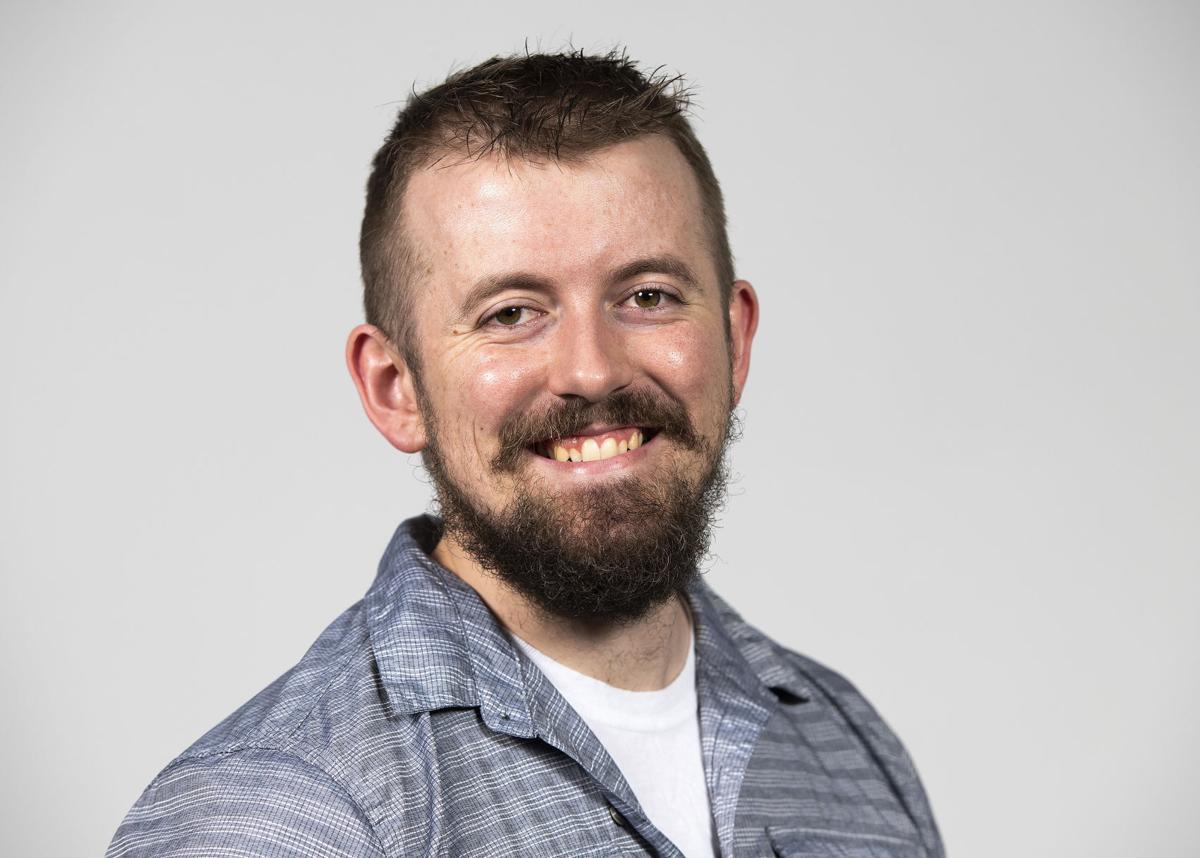 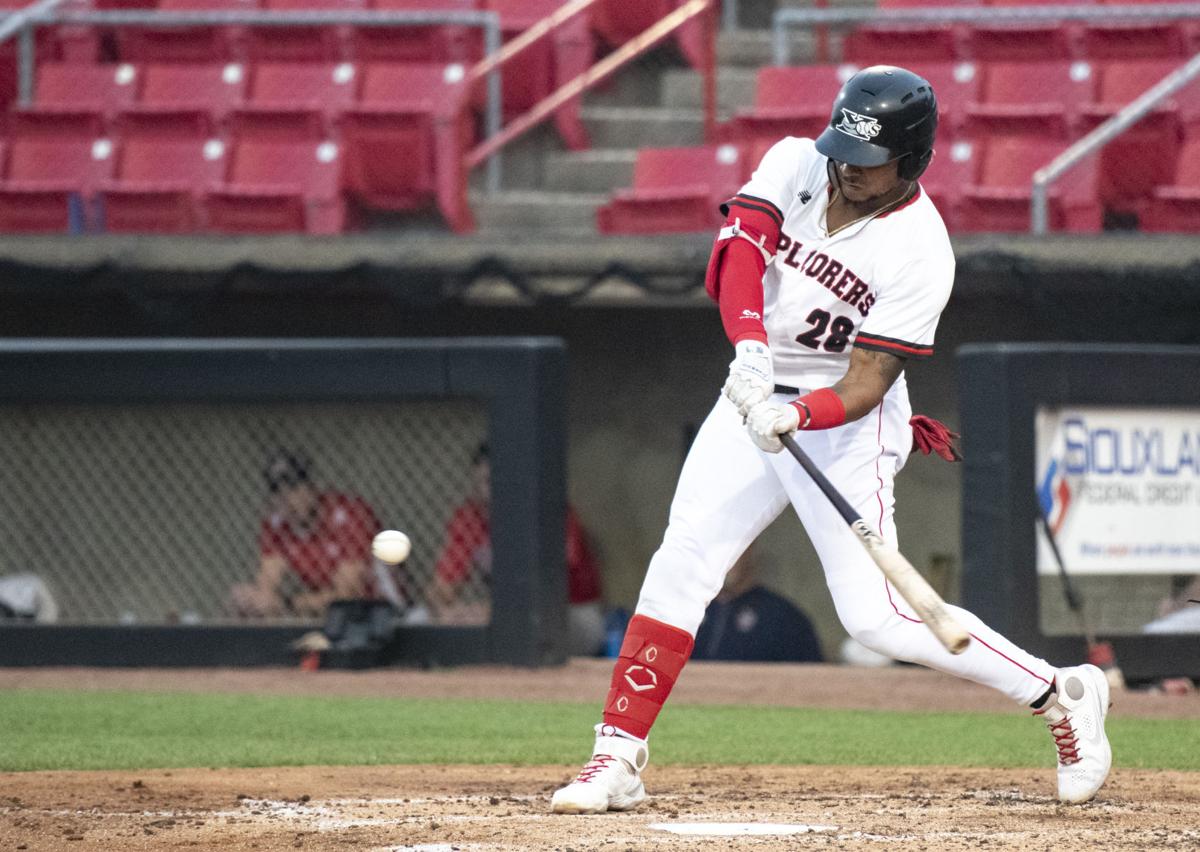 SIOUX CITY — There is something special about a home run hitter. From the time they exit the dugout to when they step up to the plate, the entire stadium waits in anticipation, hoping to see something special.

This past summer, fans of the Sioux City Explorers had plenty of opportunities to see special moments, thanks to Jose Sermo.

As your local Sioux City sportswriter, I am using my extremely limited powers to declare Sermo the 2021 Sioux City Explorers Most Valuable Player.

With 29 home runs, 20 doubles, and 86 RBIs in 91 games played, Sermo put up the kind of season that X’s fans will talk about for a long time. Those numbers are impressive over a full-length 162 game schedule, much less the American Association’s abbreviated 100-game slate.

After a slow start to the season, Sermo began to hit home runs in bulk. On July 27th against Winnipeg, Sermo set the franchise record with his 58th home run as an Explorer. When he stepped up to the plate in 2021, everybody turned their heads to watch.

“It’s something I’ve been working on my whole life, to leave a mark everywhere I play,” Sermo said. “It finally has happened. I’m pretty proud of myself, and pretty proud of my family for supporting me. I’m proud of the team we have right now, and I appreciate (manager) Steve Montgomery for allowing me to be on this team.”

A few weeks later, Sermo set even more history, with his franchise record 28th home run of the season. For a while, it felt like every game I attended involved some kind of Sermo magic.

Earlier this year, I wrote a story about Jared Walker, a home run hitting first baseman that eventually got a contract to play minor league ball with the Texas Rangers.

Sometime this offseason, or maybe next year, I hope Sermo gets that call too.

Sermo has been in affiliated ball before. He was drafted by the Washington Nationals in 49th round of the 2009 MLB Draft, and later by the Milwaukee Brewers in the 35th round in 2012. Sermo spent three years in the Brewers system, played 2015 in the AA and Frontier league, and then spent two years in the Boston Red Sox organization before getting released.

In the years since he has played indy ball, primarily with Sioux City, while spending his winters playing ball in Mexico and Puerto Rico.

After his most recent outstanding season, Sermo deserves another chance at affiliated ball. Sure, his minor league stats don’t leap off the page, with a .319 on-base percentage, a .431 slugging mark and 31 total home runs over five seasons, but his 2021 season is one that deserves at least a second look.

At 30 years old, there is no guarantee that he will ever get that call, and his chances of playing major league baseball can be described as a long shot. But what team out there can’t use a guy in their system who can hit homers halfway to the next county?

His passion for the game is obvious. Immediately after the final game of the season, he told me that he was looking forward to spending some time with his wife and son back in Austin, Texas. That relaxation time would last about a month and a half, and after that, he will start training again in preparation for winter ball in Puerto Rico.

The grind never ends for players following a baseball dream. Nobody spends long months away from your family, dealing with constant travel and a grueling schedule, unless you truly love what you do.

In his three seasons in Sioux City, Sermo has clearly developed an affection for the town, and they love him right back. Time and again, he has made the decision to return to Lewis and Clark Park.

“He’s a guy that has put Sioux City ahead of other places, and he’s a guy that enjoys his time here,” X’s manager Steve Montgomery said. “He likes to have fun, and he’s one of the crowd favorites.”

On the field this past season, Sermo was one of the best in the American Association. In my dealings with him, he was always pleasant and congenial, even after the toughest of losses, and even once agreed to talk after I watched him snap a bat over his leg in frustration toward the end of a game.

In his interactions with the fans that I witnessed, he was unfailingly friendly and willing to sign autographs, especially when there were kids around, excited to meet their Sioux City baseball hero.

To me, that’s the mark of a true MVP.

Jose Sermo, this award is yours.

"It means so much:" Sioux City North takes down Waukee

SIOUX CITY– Every win counts the same in the win column. But sometimes, a victory means just a little bit more.

Briar Cliff baseball to play at Field of Dreams next September

SIOUX CITY — If you build it, Briar Cliff will come.

Local wrestlers set to compete in Night of Conflict

Making a mark: OABCIG's Beckett DeJean wants to make his own name

IDA GROVE, Iowa — His last name is synonymous with high school football success in the state of Iowa, but Beckett DeJean doesn’t want to just …

SIOUX CITY — There will be a new starting goalie this season for the Sioux City Musketeers, that much is certain.

SIOUX CITY — Saturday mornings are known for cartoons, but Saturday afternoons in Sioux City are reserved for watching Morningside University …

VERMILLION, S.D.-- The Morningside University women's golf team has a 35 stroke lead after one round at the Great Plains Athletic Conference F…

'I don't want to do anything else:' Passion for the game drives Muskies' Charlie Schoen

SIOUX CITY — This past weekend was a special one for first-year Sioux City forward Charlie Schoen.

SIOUX CITY — No matter what was happening on the field Friday night during Sioux City North's 21-18 victory over Waukee, it seemed that senior…

SIOUX CENTER, Iowa — The Dordt University football team has plenty of reasons to feel optimistic coming into this Saturday’s game against Moun…