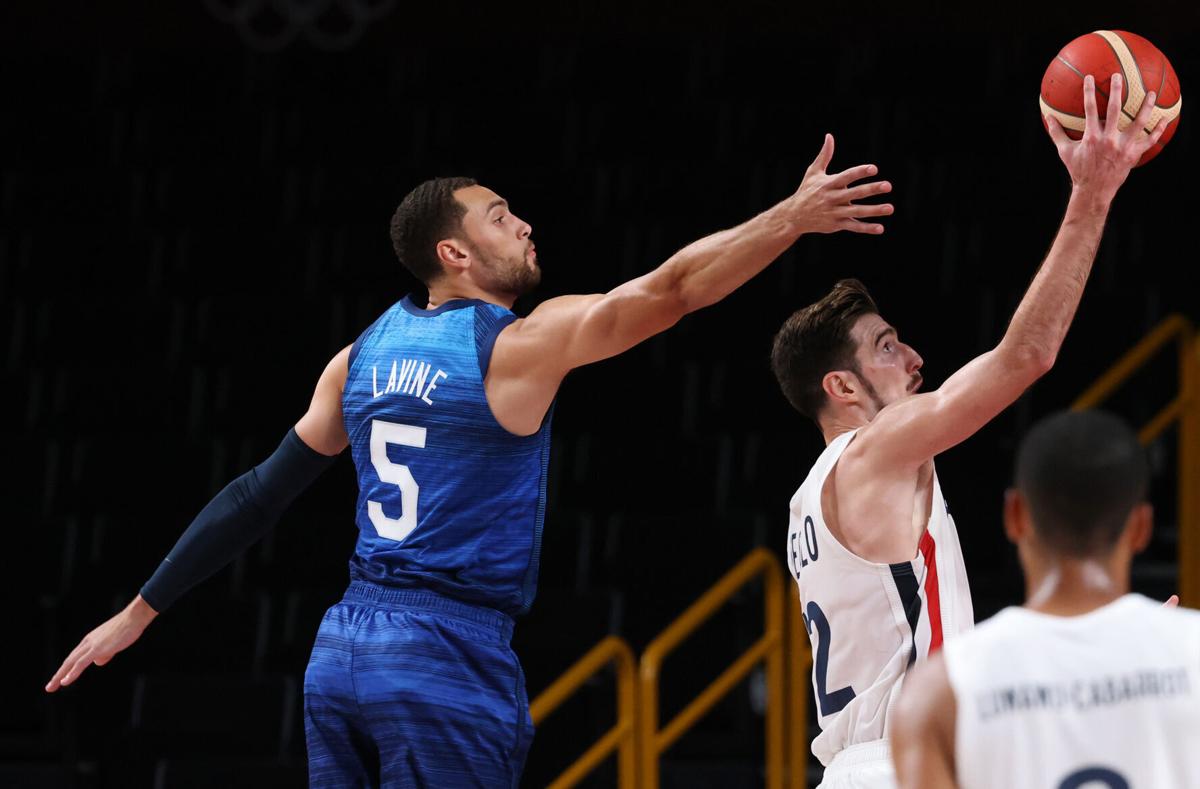 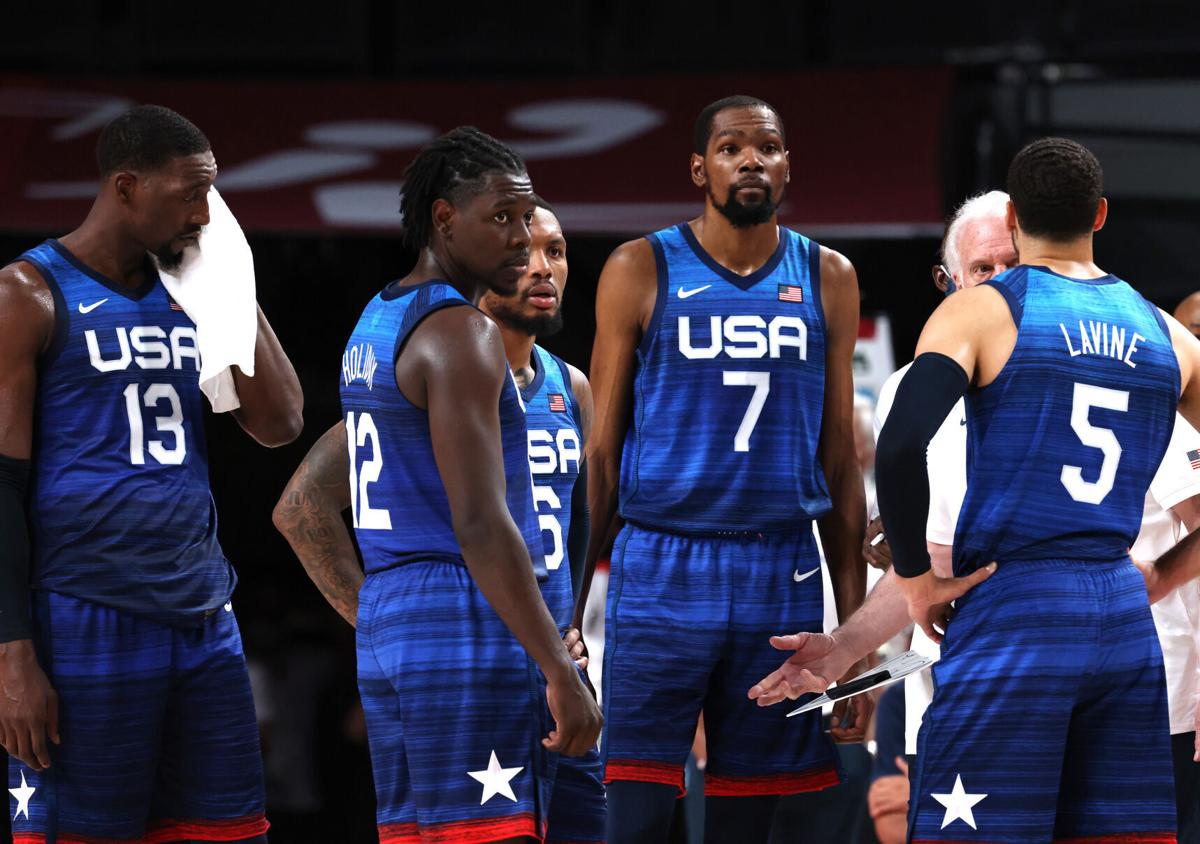 SAITAMA, Japan — Maybe these things just have a life cycle, the U.S. men’s basketball team being not only the most talented team in the Olympic tournament but also the most dominant.

And, maybe, just maybe, the stage is set for another disappointment to spawn rebirth.

With the U.S. already beaten once, things are trending toward a major disappointment at these Olympics. Because of everything working against them during the pandemic, they’re also primed to bottom out before a reboot.

Since professionals from the U.S. have been allowed into competition, it’s been nearly 30 years of the same formula.

It starts with dominance — the very best players excited to play for the national team. Four years later, the team is a little worse, a little less dominant. And then the Games after that, it’s the same before the erosion catches up with them.

It’s what happened in 1992, when no one got within 20 points of Michael Jordan, Charles Barkley, Magic Johnson and the rest of the Dream Team. By 2000, the gold medal was a total grind, the team surviving tight medal-round games with Lithuania and France.

Four years later, the best basketball players in the world won a bronze in a sport American culture and talent long defined. The 2004 team had Allen Iverson and Tim Duncan with the core of the future U.S. teams — Carmelo Anthony, Dwyane Wade and LeBron James. And they opened play by getting blown out by Puerto Rico.

They lost three times in Athens and managed a bronze medal, the worst result by a men’s basketball team.

Following the embarrassment, USA Basketball refocused and got a group of superstars committed to the program in 2008. Kobe Bryant. James. Wade. Only the Spanish got within 20.

And although the U.S. won golds in 2012 and 2016, each win got tougher, the margins getting thinner with every competition.

That brings us here, to the Saitama Super Arena, where a roster not of America’s best, but the best America could get, found itself in a fight with the French — the team that knocked the U.S. out of medal contention in the 2019 FIBA World Cup.

Watching the opening loss, you could see the challenge that faces all U.S. men’s basketball teams manifesting in real time against the French — an experienced group ranging from a legit NBA difference maker in Rudy Gobert to decent role players such as Evan Fournier and Nicolas Batum.

None of their players were asked to do significantly less than their NBA roles. Recasting was at a minimum, and if there was some, it was players given greater opportunities.

On the U.S. team, it’s almost the exact opposite, a group of stars and primary scoring options being put together and mostly asked to do slightly less (or, in some cases, much, much less).

Kevin Durant is a star — back in the U.S. and in Japan. But Damian Lillard needs to get other players involved. Zach LaVine, Devin Booker and Jayson Tatum all aren’t being asked to carry the same weight that they do for their NBA teams.

Jrue Holiday, who played well against France, is being asked to do the same stuff. So are Draymond Green and Bam Adebayo. Everyone else (with the exception of late additions Keldon Johnson and JaVale McGee) has to define, get comfortable with and excel in new roles.

“The gap in talent shrinks every year as there are more great players all over the world,” U.S. coach Gregg Popovich said.

That explains half of the gap. The other part, after three straight Olympic gold medals, is that all of the best players weren’t excited enough to come.

In 2004, the top players had either already won gold or had given their summers to weddings or recovery or, in Bryant’s case, dealt with legal problems. This year it’s the fallout from the bubble, a rash of injuries after a compressed season, exhaustion from the mental and physical stresses of the last two years or, in James’ case, a movie to promote.

It’s opened the door for other teams — Sunday it was the French; maybe in the medal rounds it’ll be the Australians, Marc and Pau Gasol and the Spanish or Luka Doncic and the Slovenian team. There never have been more NBA players at the Olympics than this year — only Iran doesn’t have an active NBA player on its roster in the 12-team tournament.

And the timing is perfect, with USA Basketball about to transition. Grant Hill will take over from Jerry Colangelo. Popovich won’t be back, either, opening the door for a more player-friendly coach who can attract the best players. Maybe it’ll be Monty Williams. Maybe it’ll be Tyronn Lue. Or maybe it’ll be Steve Kerr, an assistant on this team’s staff.

History tells us to expect to be shocked by what could unfold over this tournament. The script is being almost perfectly followed.

The U.S. Olympic women’s basketball team is one of the most dominant dynasties in all of sports. Here are the numbers to prove it.

11 have won all four major championships

The win helped the U.S. star make up for what has so far been the worst showing of her Olympic career. Get the latest on the Tokyo Olympics here.