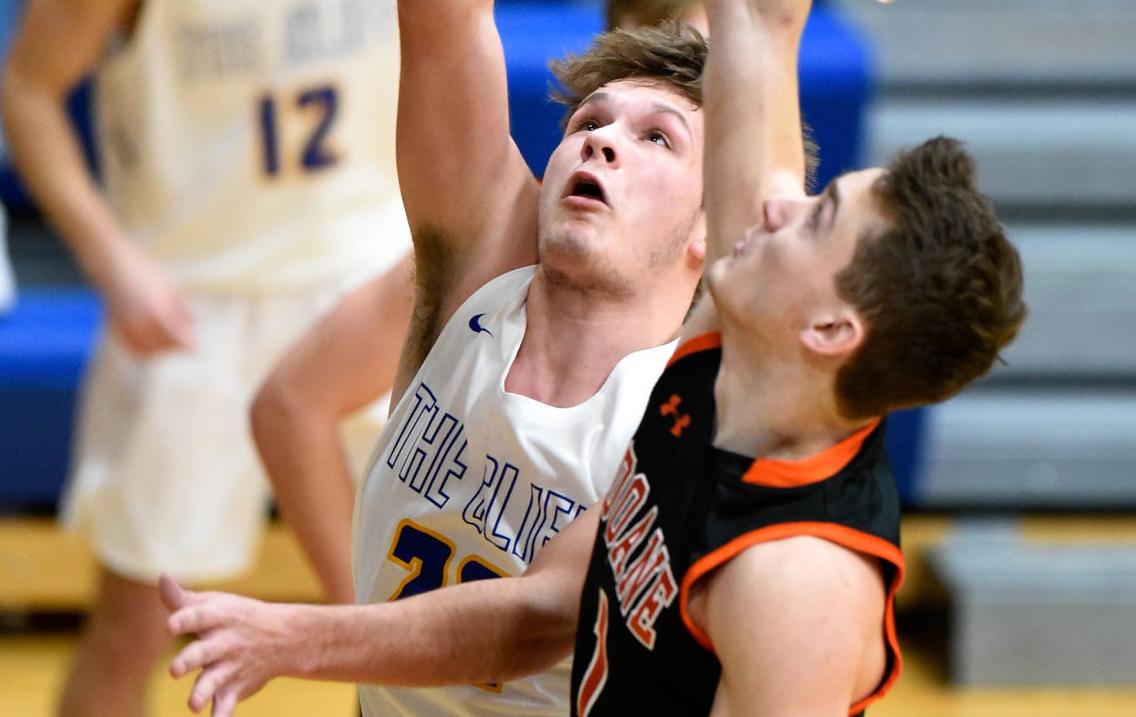 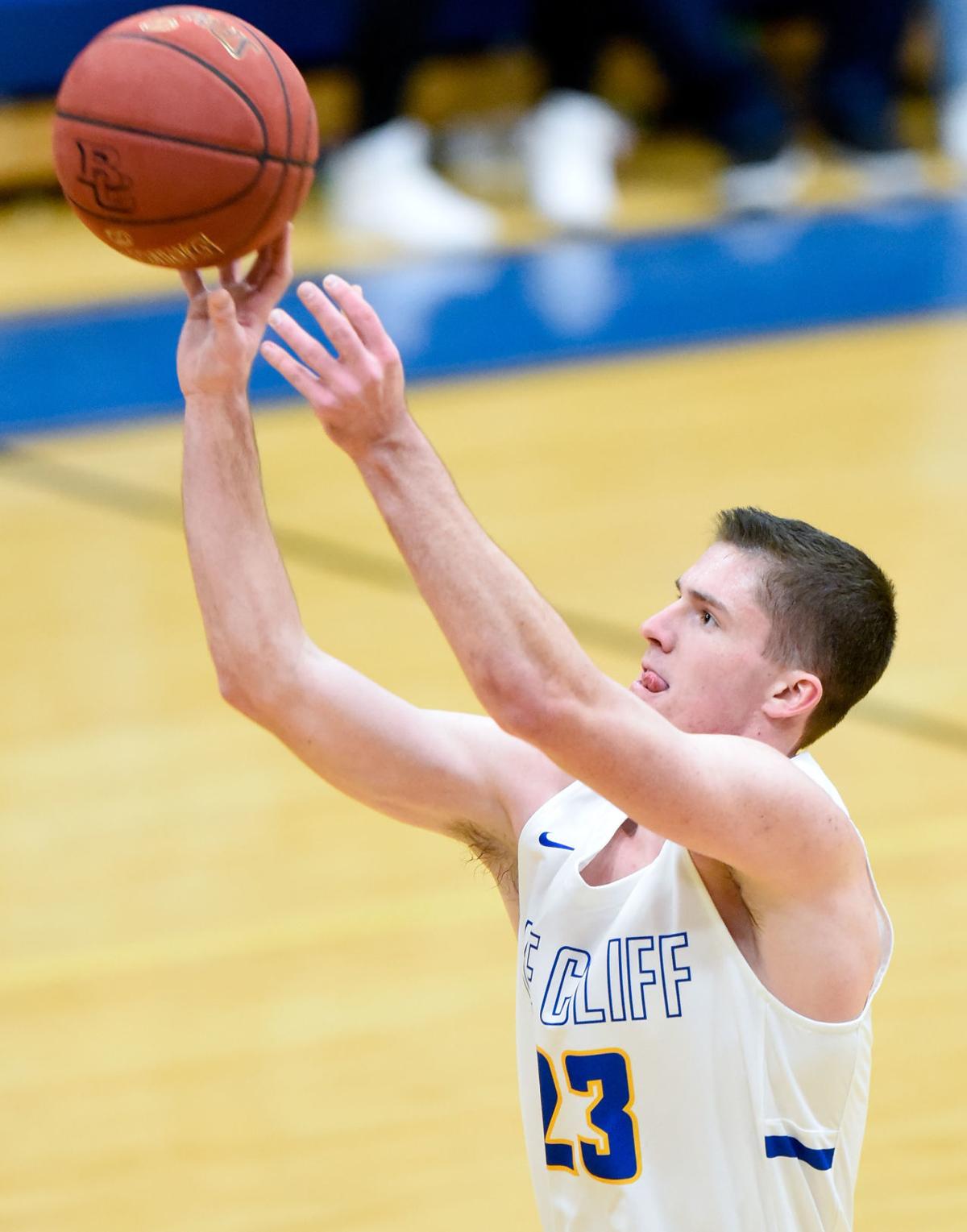 SIOUX CITY | Fans at the Newman Flanagan Center were cheering for Jackson Lamb to produce.

There was a collective moan on each of his seven misses on the basket that would have given the Briar Cliff junior guard 1,000 career points, including a three-point try with 1:11 left in the game.

Finally, the 6-foot-4 guard gave them what they were looking for. Lamb hit one of two free throws with 22.9 seconds left, one of the highlights as the seventh-ranked Chargers also claimed the 1,000th win in program history, a 66-62 Great Plains Athletic Conference win over Doane at the Newman Flanagan Center.

“There was a lot of hard work put into that,” said Lamb, who supplied 10 points and eight rebounds on an afternoon where at halftime, three former Chargers were inducted into the Briar Cliff Athletic Hall of Fame – basketball players Jim Kriege (1967-73) and Kelley Stineman (1991-96) along with volleyball player Paulette Neuhalfen (1988-92).

“It’s very satisfying. Honestly, I wasn’t frustrated with the fans at all. I was in my own head. I knew I was one point away and I could not get one to fall. I was getting open looks left to right. I’m used to having a guy in my face. I wasn’t hitting tonight, but finally, I hit it on the money.”

“This is an honor for Jackson,” said Svagera. “I think he’s something like the 47th player in our school’s history to hit 1,000 points and to do it as a junior, that’s a credit to him. He’s a heck of a player and he’s had a great career to date. We’re expecting that to continue for the next year-plus here. It’s a great day for him and a great milestone for the program.”

A native of Greenfield, Iowa, Lamb claimed the honor despite frigid 3 of 17 shooting. Collectively, Briar Cilff’s three double-digit scorers were 14 of 48 against a Doane defense that entered the game ranked second in the GPAC in scoring defense (74.71).

Briar Cliff (16-4, 10-3 GPAC) overall, shot just 33.9 percent from the field, including 26.7 percent in the second half. However, the Chargers’ defense established a season-best with Doane’s point total.

Lamb was a model of unselfishness while waiting for the basket that enabled him to reach the milestone. He claimed six defensive rebounds in the game’s final nine minutes. He had a steal. He brought the ball in on inbounds plays. He was involved in ball reversal.

In other words patience was a virtue for an athlete who’s averaging 14.1 points per game.

“It’s not all about shooting,” said Lamb. “A lot to my game is just the little things. We definitely have a star in (Wolfe). We’re a bunch of guys who work hard. I just give credit to all my teammates, all my coaches, all my past coaches, all my family and friends. I put a lot of work in with them. They give me the ball each and every day, so I couldn’t do it without them.”

Nick Kornieck’s 26 points for Doane (6-16, 3-11 GPAC) included a game-high six three-point baskets. Koh Flippin added 21 for the Tigers, who battled back from a trio of second-half double-digit deficits.

Nic Lutmer gave the Chargers a 62-49 lead when he hit a pair of free throws with 4:11 left. However, Kornieck scored nine points in a 13-4 run the rest of the way, including his final trey of the game with 54 ticks remaining to pull within 63-60.

Lamb’s final point of the night gave the Chargers a four-point edge but Flippin’s basket pulled Doane within 64-62. Freshman Jake Kleinhesselink, who a year ago played for the Sheldon squad that reached the Class 2A state semifinals, added a pair of free throws with 7.8 seconds left and Lamb grabbed a defensive board on Kornieck’s missed three as time ran out.

“It was just a milestone day for our program,” said Svagera. “Getting that 1,000th win in program history, I told the guys, understand how awesome it is to be part of that. It’s a fortunate thing that we can be the team that hit that milestone. But it’s really a credit to every coach, every player, every team this school has had over 53 years to reach 1,000 wins in such a short time.” 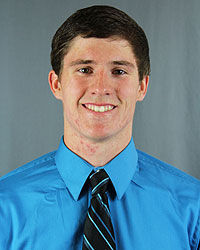