DES MOINES — The Drake Relays announced Monday that the high school portion of the meet will return in 2021.

All of the high school competitions will be held at Drake Stadium on Thursday, April 22, and tentatively from 9 a.m. to 5 p.m. Strict COVID-19 protocols will be enforced.

"This is a terrific and truly exceptional opportunity for Iowa high school athletes," said Blake Boldon, the Franklin "Pitch" Johnson Director of the Drake Relays. "We are especially excited about this news because many of the nation's top collegiate events, including the Kansas Relays, Florida Relays and others, have already announced they won't host high school competitors this spring. We are working very closely with the Iowa High School Athletic Association and the Iowa Girls High School Athletic Union, as well as public health and other officials, to define appropriate COVID-19 protocols and create a safe experience for high school competitors and coaches."

Entries for high schools will open on Monday, and the Blue Standard qualifying marks will be announced at a later date. Given the unusual and challenging circumstances, many specific details are yet to be finalized. When final decisions have been made regarding competition and entry procedures, that information will be posted at DrakeRelays.org.\

McCaffrey, who started two games at quarterback for the Huskers in 2020 and entered his name into the NCAA transfer portal last month, tweeted a graphic of himself throwing a football in a Louisville uniform in announcing his decision and tagged both UL coach Scott Satterfield and quarterbacks coach Pete Thomas.

The Cardinals have just two quarterbacks listed on their current online roster: Junior Malik Cunningham and sophomore Evan Conley. Cunningham played in all 11 games for UL in 2020, completing 64.1% of his passes and throwing for 20 touchdowns and 12 interceptions while compiling 2,617 yards through the air. He was also second on the team in rushing, adding 609 yards (4.6 per carry) and seven touchdowns on the ground over 131 attempts (11.9 per game).

In seven games in 2020, McCaffrey completed 63.2% of his 76 pass attempts for 466 yards but threw six interceptions against just one touchdown pass. A dynamic athlete, McCaffrey also rushed for 364 yards (5.6 per attempt) and three touchdowns.

He supplanted junior Adrian Martinez as Nebraska’s starter and helped NU to a 30-23 victory over Penn State in November, but then accounted for five turnovers in a loss the next week to Illinois. Martinez then started the Huskers’ final three games and played pretty well down the stretch.

Martinez completed 74.1% of his passes for 604 yards and three touchdowns, and ran for 298 yards (5.8 per carry) plus five more touchdowns in Nebraska’s final three games, though he also turned it over five times.

A see-saw match saw 29 ties and 12 lead changes as North Dakota State staved off one match point in both set three and set four. The Coyotes, in turn, staved off a set points from the Bison in set four, a set that saw the home team rally from a 23-19 deficit.

South Dakota eventually evened set four at 23-23, fell behind 23-24, took the lead 25-24, saw the set tied at 25-25, before closing out the match on a tip kill from setter Madison Jurgens and a service ace from Maddie Wiedenfeld, on a ball that was initially ruled out before a successful challenge from head coach Leanne Williamson.

Four Coyotes produced nine or more kills in the match, a contest that saw the hosts hit .246 while limiting North Dakota State to .165.

Elizabeth Juhnke had 23 kills as South Dakota moves to 5-4 overall and 4-1 in the Summit League. Sami Slaughter added 11 kills while Aimee Adams registered her first collegiate double-double with career-highs of 10 kills and 15 digs. Wiedenfeld chipped in nine kills while Madison Harms had five to go with 11 block assists.

Jurgens contributed a double-double of 47 assists and 14 digs while libero Lolo Weideman had a career-high for a four-set match with 25 digs.

In a battle of the top two scorers in league play, Plitzuweit outdueled Max Abmas tying his career-high of 37 points on 13-of-23 shooting from the field including a career best eight 3-pointers in the thrilling win over Oral Roberts on Saturday. It’s Plitzuweit’s second straight game of 30+ points and fourth of the season.

In the second half against the Golden Eagles, the Vermillion, South Dakota, native recorded 27 points and cashed home six of his eight 3-pointers. He also sank two free throws with 2.8 seconds left to give USD the win over ORU.

Saturday’s game was the most points two players have scored against each other in a DI men’s basketball head-to-head matchup this season. Plitzuweit is also one of two DI players to score 37+ points or more twice in a game this season, Abmas is the other. 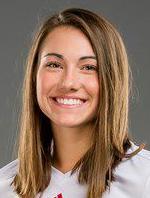 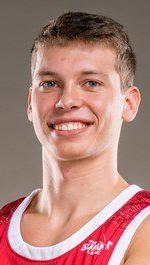