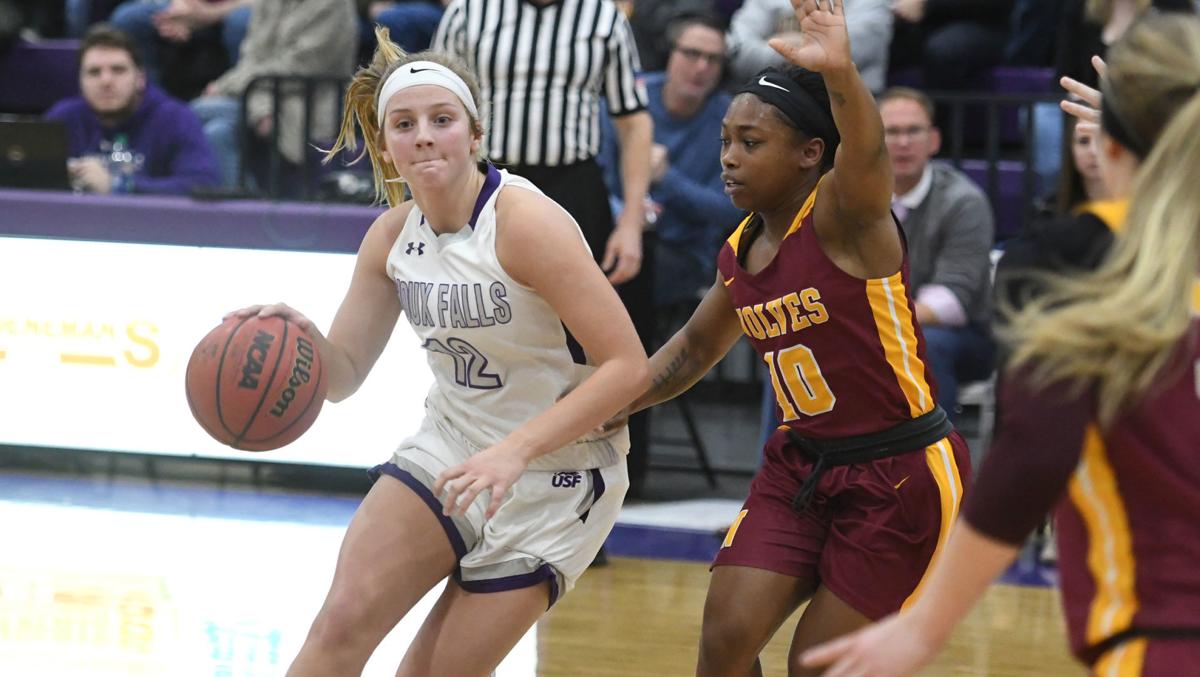 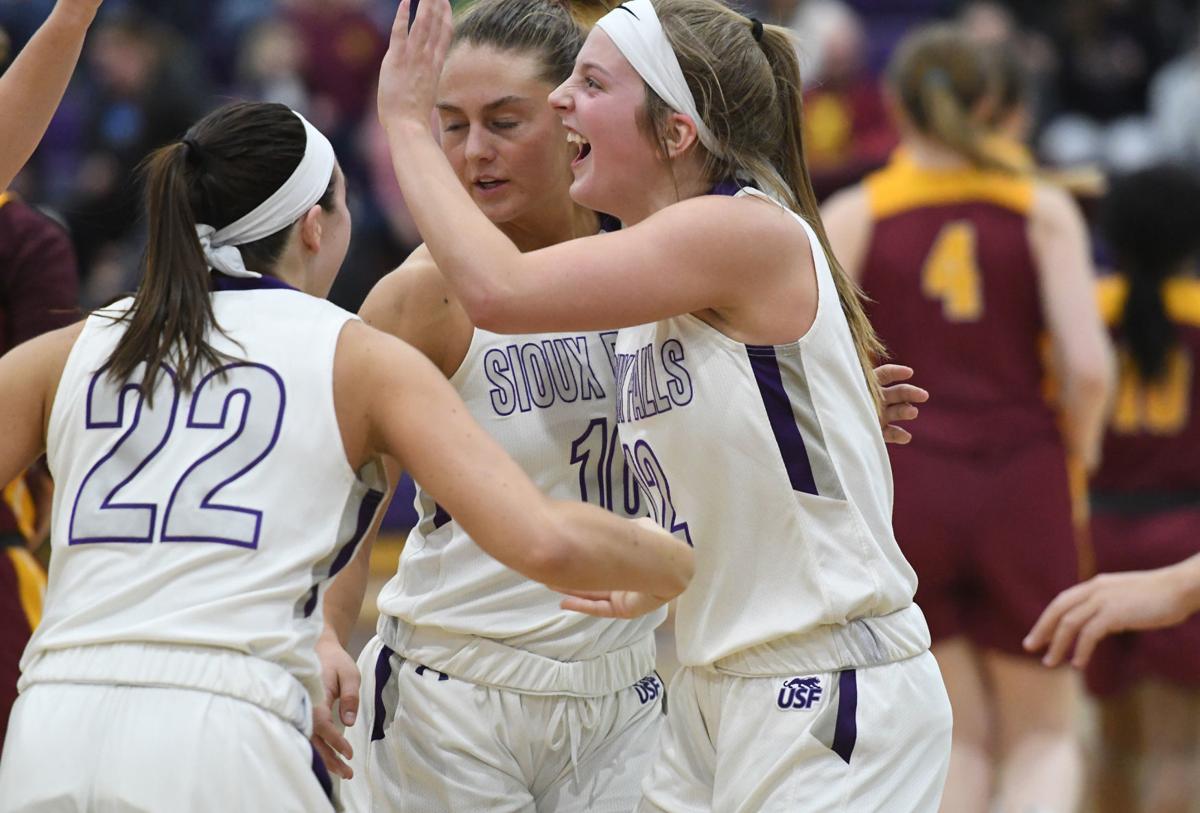 She’s put the work in, and this weekend, the Cherokee High School graduate will likely cross another Cougars milestone off her list.

The Cougars (22-3) go on the road this weekend to face Winona State and Upper Iowa, and Hummel is two 3-pointers away from becoming the program’s all-time leader.

On the season, Hummel — the preseason Northern Sun Intercollegiate Conference South Division Player of the Year — has converted on 66 deep treys, including her season-high of seven back on Jan. 10 against Minnesota State. Those 66 3s are second in the NSIC, behind UMary's Coral Gillette (68).

“It’s a huge honor, and I couldn’t have done it without my teammates, my coaches, and even my family support,” Hummel said in a telephone interview. “They give me all the support in the world to shoot the ball. Having that confidence from them builds my confidence as a player. I’ve gotten a lot of online supporters from my hometown, too. It’s awesome to have that support.”

Hummel knows she needs to be the top scorer every night, and that doesn’t bother her. She just goes out and does it.

The former Bravettes guard has 88 career games where she has scored in double figures, and this season, Hummel has an average of 17.6 points per game, fourth-best in the conference.

When USF coach Travis Traphagen recruited Hummel out of Cherokee, he noticed that Hummel had the potential to accomplish special things.

“One thing that stood out to me was how good of a shooter she really was,” Traphagen said. “If anybody watches USF, we lead the league in 3s and we shoot a ton of them. We knew she would be a fit.”

Hummel has started in all but two games during her Cougars career. The only two games that Hummel hasn’t been in the starting 5 were Feb. 11, 2017, against Wayne State, and last season, on Nov. 16, 2018, against South Dakota Mines and Technology.

At the beginning of her freshman season, Traphagen tried to ensure to Hummel that she didn’t have to do everything, even when she felt the need to.

“I remember when she was a freshman, we always said, ‘Don’t try to do too much. Stand in the corner and when it comes to you, shoot it.’ Then, just to watch from her freshman, to her sophomore, then to her junior year, then to her senior, she’s an awesome scorer right now,” Traphagen said.

Since then, Hummel has had to learn to find different ways to score since it’s not a secret to other NSIC schools who she is anymore.

The Cougars run a basic motion offense with lots of screens, and that’s one way Hummel has found to get open.

However, Traphagen believed that the biggest improvements have come when Hummel has had the ball in her hands.

“When she’s open for a 3, I am 100 percent more shocked when she misses it than when she makes it. I’ve never had that feeling … there have been moments when two or three games in a tight game, she shoots a terrible 3, and she just makes it. That’s the thing about her.”

Hummel agreed that being able to score from all three facets on the floor — the paint, the mid-range area and 3-point area — has helped her.

There have been times where Traphagen walks into the gym every day at around 8 a.m. and there would be Hummel, getting in shots and putting in the work, all four years.

With all the accomplishments that Hummel has earned in her four years at USF, Traphagen believes that Hummel could be a part of the “Mount Rushmore” of USF’s women’s basketball.

“The one thing I want you to understand is that it hasn’t been handed to her,” Traphagen said. “She has worked for everything she has gotten. And, what has she worked herself into? A top-5 player ever to play for USF.”

According to Hummel, none of that matters if the Cougars can’t finish the season as well as they’ve started it.

The Cougars, ranked 12th in NCAA Division II, have the chance to clinch the NSIC South this weekend against the Warriors and the Peacocks. USF sits one game in the overall conference standings behind Minnesota-Duluth.

If the Cougars do clinch the division, they’ll have the No. 1 South seed in the NSIC Tournament, which begins Feb. 26 at the higher seed’s home tournament.

They lost in last year’s NSIC Tournament semifinal to Minnesota State-Moorhead, and the NCAA Division II committee shut out the Cougars from the Central Region.

“I know start of the season, this was the season to be,” Hummel said. “... Just starting right at the beginning of the season, we had — and still have — high expectations. Right now is where we have to peak and where things get more serious. Every game counts now. We definitely have to get our job done when March comes around.”

SPORTS BRIEFS: USD women up to No. 15 in USA Today poll

LINCOLN, Neb. — There are bigger things in life than basketball, even though sometimes basketball plays a role in those big moments.

LINCOLN, Neb. — South Dakota senior Chris Nilsen broke the NCAA Indoor record for the pole vault with a clearance of 19 feet, 5 1/2 inches, at…

MINNEAPOLIS — It was sort of a perfect storm of adversity for the Iowa basketball team Sunday.

McPHERSON, Kansas -- Morningside dropped a pair of games to McPherson College on Sunday. McPherson won the games 5-2 and 11-6.

SIOUX CITY -- The Great Plains Athletic Conference is no stranger to men's volleyball. For the past few seasons, three GPAC schools - Mornings…

TERRE HAUTE, Ind. – University of Northern Iowa guard AJ Green elected not to go with a mask after all.