BLOOMINGTON, Ind. — Devonte Green scored 18 of his 27 points in the first half and Trayce Jackson-Davis added 17 on Thursday, helping the Indiana Hoosiers close out an 89-77 victory over No. 21 Iowa.

The Hoosiers (16-8, 6-7 Big Ten) snapped a four-game losing streak overall and a two-game skid in the series.

Indiana wasted no time asserting itself after starting the day averaging a league-low 5.3 3-pointers.

Green, who finished with a season-high seven 3s, made sure of it.

The senior guard entered early in the first half and needed only four minutes to make four 3s. He added three free throws after drawing a foul on his next 3. The last two in the flurry started a 12-0 run that gave Indiana a 31-16 lead and forced Iowa to futilely play catch-up the rest of the night.

Al Durham's 3 to close out the first half made it 49-34, and the Hoosiers scored the first five points of the second half to take a 19-point lead.

Iowa never got closer than 10 in the second half as the Indiana finished with a season-high 11 3s.

Iowa: Defense has been the Hawkeyes' biggest flaw all season, and it bit them hard again Thursday night. But Iowa had plenty of other woes in this one — committing 19 turnovers, making only 4 of 14 from 3-point range and not giving Garza much help. The good news is they've finished completed their trips to Indiana and Purdue, both losses. The bad news: They'll return to the Hoosier State next month for the Big Ten Tournament.

Indiana: Scoring has been a struggle lately for the Hoosiers, but on Thursday, they found a solution by playing at a faster pace, moving the ball quickly and taking advantage of their athleticism. The next challenge is demonstrating they can keep playing this way, building confidence and stacking wins.

Indiana: Green made five 3s and had 18 points in the first half. ... Jackson-Davis had nine rebounds. ... Rob Phinisee wound up with 12 points, five assists and three steals while Race Thompson added 10 points and four steals. ... The 49 first-half points were the most scored by Indiana in any half since a 52-point first half against Louisiana Tech on Nov. 25. ... The Hoosiers had a 39-28 rebounding advantage. ... Indiana improved to 12-4 at home this season.

Iowa: Makes its next stop at Minnesota on Saturday.

MINNEAPOLIS — It was sort of a perfect storm of adversity for the Iowa basketball team Sunday.

SPORTS BRIEFS: USD women up to No. 15 in USA Today poll

IOWA CITY, Iowa — With reserve forward Cordell Pemsl on the sidelines for one game, the Iowa basketball team will need to make a few adjustmen…

SIOUX CITY -- A tough stretch for the Sioux City Musketeers got a little rougher after Sunday’s contest against Fargo at the Tyson Events Center.

SIOUX CITY — No. 1 Morningside scored 66 points in the second half to pull away from Jamestown 111-85 in a Great Plains Athletic Conference me…

McPHERSON, Kansas -- Morningside dropped a pair of games to McPherson College on Sunday. McPherson won the games 5-2 and 11-6. 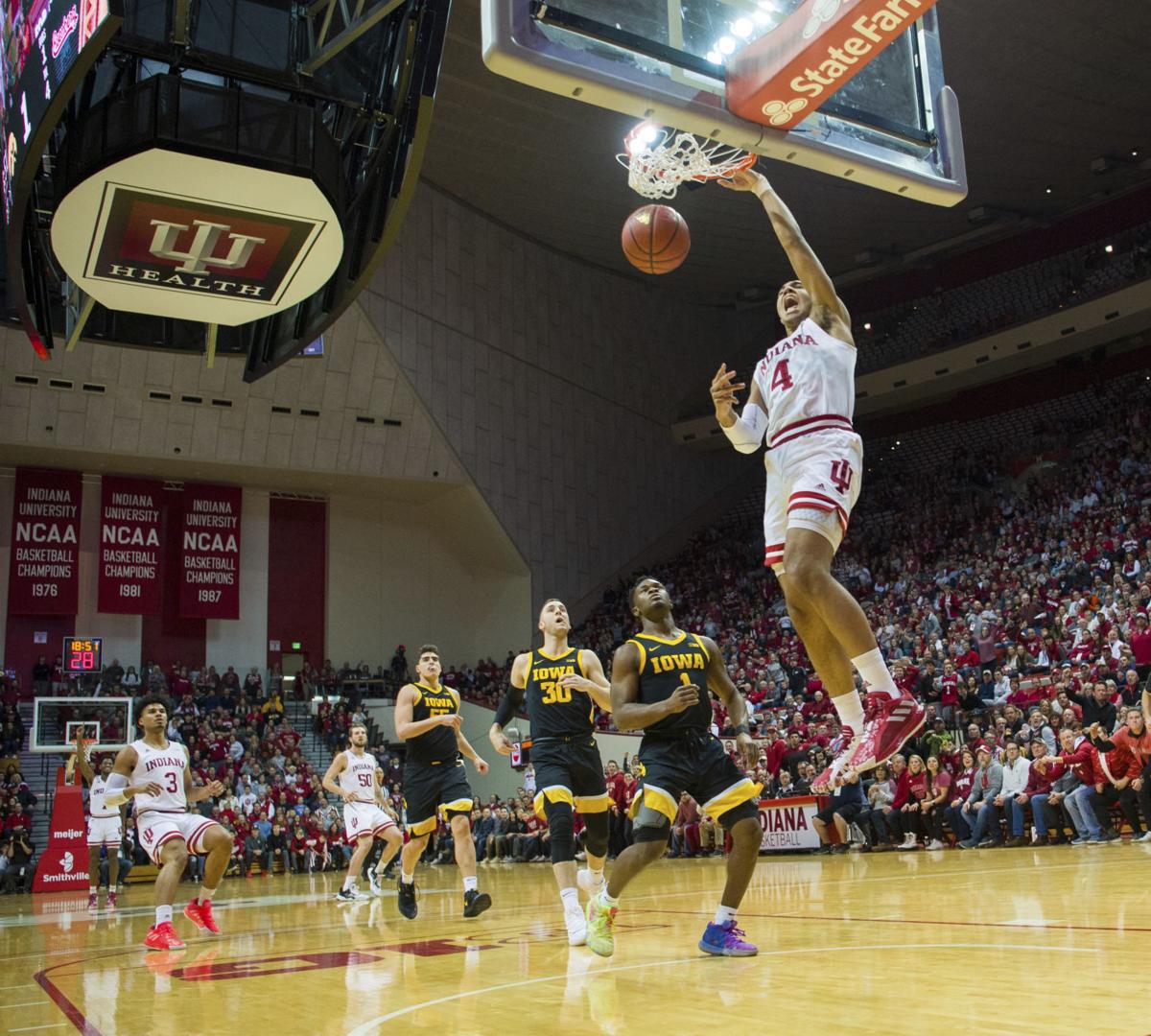