Iowa’s NCAA athletes — and everyone involved in training, coaching, recruiting and managing them — for decades have been largely barred from betting on sports.

While that tradition could mute any potential fallout from a new state law legalizing gambling on collegiate sports, the change is putting campuses on notice for unintended implications.

Compliance officials are flagging to student athletes a caveat in the long-standing NCAA ethics code that strips eligibility from anyone who “knowingly” provides information to those in “organized sports wagering activities concerning intercollegiate athletics competition.”

“Now that it’s legal, I can see people in the general public reaching out to our student athletes more often to try and get information about who may or may not be playing in an upcoming game or who has injuries,” Kurt Hunsaker, assistant athletic director for compliance at Iowa State University, told The Gazette in an interview.

“We’re trying to help our student athletes understand that, hey, when people from the general public reach out to you for that type of information, you cannot provide that,” Hunsaker said. “You need to stay out of that space.”

Earlier this year, the Iowa Legislature passed Senate File 617 with bipartisan support. The measure, later signed into law by Gov, Kim Reynolds, followed a 2018 U.S. Supreme Court ruling that cleared the way for more states to provide bookmaking and betting through casinos and racetracks.

The Iowa law legalizes betting not only on professional and college athletics, but also on daily fantasy sports sites such as DraftKings and FanDuel. Sports betting began Aug. 15 and is expected to be widely available online in Iowa before football season.

For years, Iowa schools with NCAA-caliber sports — like Iowa State, the University of Iowa, the University of Northern Iowa, Drake University and even Coe and Cornell colleges — have educated student athletes, coaches and anyone else on campus with athletics responsibilities about the association’s sports wagering rules — essentially that they can’t do it.

The rules prohibit student athletes, athletics department employees and others with athletics responsibilities — like a university president — from betting on any NCAA-sponsored sport, regardless of whether it is an NCAA event.

That means, for example, those with NCAA athletics connections can’t bet on the Super Bowl — or any NFL game — because football is an NCAA sport.

“It would also be for things like other amateur football,” Hunsaker said. “Take my son’s pewee football team. I couldn’t make a sports wager on one of their contests.”

But with Iowa’s recent law change, the issue is getting more airtime and could present more practical predicaments for local athletes who haven’t before been tied to their fellow Iowans’ monetary gains and losses.

“If there’s going to be anything that changes, I think it’s probably going to be interaction between the public and our student athletes,” he said.

Rules bar players but what about parents?

Because the NCAA provides far-reaching and comprehensive rules on sports betting as part of its ethical conduct regulations, ISU, UI and UNI officials said they’re not at this time drafting new rules or regulations in light of the state law.

They also aren’t hiring additional compliance officers or asking student athletes to sign anything new — as they already must sign an NCAA student-athlete statement committing they’ve read and understand bylaws on eligibility, recruiting and issues like “sports wagering activities.”

The bylaws don’t specifically bar spouses, parents, siblings, significant others or close friends of those under its purview from betting on sports, including their contests or conferences.

But Hunsaker said it’s discouraged, and the NCAA could initiate an inquiry into suspicious activity.

“We regularly encourage the athletics staff to make sure their family understands,” he said. “The rule doesn’t speak to that, but my opinion is that just doesn’t look very good.”

Creating a rule around family or friend betting could get squishy, as relationships can be hard to define and delineate.

What’s easier to do is make students aware that any ties to sports gambling in any form could summon severe and lasting consequences — from a year of lost eligibility to immediate and permanent ineligibility to institutional consequences if staffers are involved.

“We talk with them about not allowing outside influences or outside pressures to take away their opportunity to compete in intercollegiate athletics and all that hard work that they’ve put into this over the years,” Hunsaker said.

Rule no longer ‘behind the curtain’

NCAA rules don’t explicitly restrict athlete conversations at family events when, for example, an uncle or a cousin might take information learned about an injury or roster decision to the water cooler wager conversation, so to speak, or even to a local casino or online venue.

“Part of that goes to their Intent and their knowledge,” Hunsaker said about an athlete who discloses relevant information.

But Iowa athletes — more now than ever — need to have their radar on for reaching questions with ulterior motives.

“If I’m talking to someone who specifically reaches out to me and says, ‘Hey can you tell me who’s going to be playing in the upcoming game?’ I probably better be thinking at that point,” he said. “I probably better be aware that, ‘Hey that knowledge could be used for that purpose.’”

The risk could be prevalent on the college campuses themselves — including in residence halls and classrooms — where students could seek scoops on inside information in an effort to pad their pocketbooks, said UNI Deputy Athletics Director Justin Schemmel.

“That’s our biggest concern,” he told The Gazette. “The rule hasn’t changed. It’s always been there. But it’s always been behind the curtain, so to speak.”

Because Iowans over 21 now can place bets in any casino with a state license for sports betting or over the internet after establishing a casino account, the temptation to cross the line is heightened for both athletes and the public.

“It’s much easier to be guided down the road of trying to seek that information and doing something they might see as legal — but not in the eyes of the NCAA,” Schemmel said.

Having trust in student-athletes

Despite its regulations, the NCAA study found 26 percent of male student-athletes reported making sports wagers, with 8 percent doing so at least monthly.

“I can’t tell you what the number was, but it was a big number, it was the amount of money that they guesstimated was being done in Iowa City on gambling, sports gambling, and it blew my mind at that point,” Ferentz said. “And that’s 25 years ago or 30 years ago.”

With all the concerns, however, Hunsaker said he trusts the athletes at the center of it all.

“I have a lot of trust in their integrity,” he said, highlighting their willingness to ask questions get a good grasp of their responsibilities.

“And I think they deserve credit for that. You’re talking about 18 to 20-year-old young people who are really under a lot of pressure, who are constantly under a microscope, and they work really hard to do the right thing.”

A group led by Ho-Chunk Inc. is collecting signatures for a 2020 ballot initiative that would allow casino gambling at state-licensed horse tracks, including Atokad Park in South Sioux City. Proponents say it would be a godsend to the Nebraska's racetracks, which have struggled in recent years.

Iowans lay down $8.6 million in first weeks of sports betting

Combined, the 13 casinos after payouts made $2.2 million in sports betting receipts, according to Iowa Racing and Gaming Commission data. Lyon County's Grand Falls posted a sports handle of $66,349, with $44,283 paid out to betters.

$21.6 million in bets were made through casinos and $25.46 million were made online. Sports betting revenues have produced $480,467 of state tax revenue based upon a tax rate of 6.75 percent. 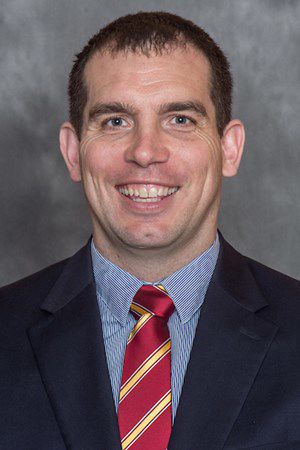