SIOUX CITY — No. 1 Morningside scored 66 points in the second half to pull away from Jamestown 111-85 in a Great Plains Athletic Conference men's basketball game played at home Saturday.

The Mustangs hit for 16 treys in the game with Matt Hahn and Zach Imig both scored 28 points to lead the way. Hahn hit from behind the arc eight times while Imig had a double-double with 11 rebounds and nine assists.

Tyler Borchers also had a dozen points and Ben Hoskins 11 for Morningside, which is now 25-2 overall and 17-2 GPAC.

Jamestown (18-10 overall and 9-9 GPAC) got 21 points off the bench from Mason Walters. Isaiah Dobson also had 17 points and Jack Talley 15 for the Jimmies.

The Mustangs wrap up their regular season next Saturday at Northwestern.

DORDT 89, HASTINGS 66: Dordt only had a three-point lead at halftime. The Defenders dominated the second half, outscoring Hastings by 20 in an 89-66 victory on Saturday.

Dordt shot 54 percent for the game and knocked down 14 3-pointers. The Defenders held Hastings to 36 percent (9-of-25) shooting in the second half.

Janssen was responsible for the overtime, hitting a jump shot with seven seconds left in regulation to tie the score at 61-61.

Cameron Kirksey had 19 points and 11 rebounds to lead the Mavericks (14-12 overall and 12-8 NSIC). Kelby Kramer also had a double-double for MSU with 13 points and 19 rebounds.

MORNINGSIDE 74, JAMESTOWN 60: No. 7 Morningside got a game-high 24 points from Sophia Peppers and won for the 20th time this season defeating Jamestown 74-60 in a Great Plains Athletic Conference women's basketball game played at home Saturday.

In the final frame, Jamestown scored the first shot on a two-pointer by Noelle Josephson to pull within 54-53 but Peppers scored five points on the next two trips down the floor to put the Mustangs back up 59-53.

Morningside is now 20-8 overall and 14-6 in the GPAC. The Mustangs play at College of St. Mary Wednesday.

BRIAR CLIFF 88, COLLEGE OF ST. MARY 75: Madelyn Deitchler had 24 points to lead all scorers as she helped the Chargers pull away late for a Great Plains Athletic Conference women's basketball win in Omaha Saturday.

The Chargers were able to bounce back and led 43-40 at the half and after a third quarter where the lead changed hands four times, led 62-57.

CSM (5-23 overall and 2-18 GPAC) had five players score in double digits and were led by Alyssa Laudato and Trista Merrival who each scored 14.

DORDT 66, HASTINGS 64: Rachel Evavold hit a shot in the lane with 6 seconds left to lead No. 9 Dordt to a win over the No. 2 Broncos in a Great Plains Athletic Conference women's basketball game in Sioux Center Saturday.

Evavold and Erika Feenstra scored 13 points apiece to lead the Defenders while Karly Gustafson came off the bench to add a dozen.

Shandra Farmer had a game-high 17 points to lead Hastings but missed a late shot that would have forced overtime.

The loss drops Hastings (26-2 overall and 18-2 GPAC) from a tie with Concordia for the top spot in the conference race. Dordt is now 21-7 overall and tied with Dakota Wesleyan for fourth place in the league with a 13-7 record.

NORTHWESTERN 78, MIDLAND 71: The Raiders came back from a 39-29 halftime deficit to edge the Warriors in a Great Plains Athletic Conference women's basketball game played in Orange City Saturday.

Bre Schuiteman and Sammy Blum scored 18 points each to lead Northwestern (16-9 overall and 11-9 GPAC). Alexis Toering also had 16 points and nine rebounds and Deyn Kemble 10 points for the Raiders.

Sammy Blum hit four free throws in the final 18 seconds to help the Raiders hold on for the win.

Erin Norling had a game-high 26 points to pace the Wildcat. Hally Busse and Kylie Hammer also had 13 points each for Wayne State (16-10 overall and 11-9 NSIC).

Minnesota State is tied with Wayne State with an 11-9 league mark and is 14-10 overall.

CEDAR FALLS – University of Northern Iowa football coach Mark Farley is not unlike any of his college football coaching brethren.

Sykes is a six-time Great Plains Athletic Conference coach of the year, but now he can add a national award to his resume.

Unprecedented is a word that sometimes gets thrown around too much. Not as often as unbelievable, a word that might need to be wiped from the …

Iowa's Tristan Wirfs projected to be a top-10 selection

Power won a program-record 371 combined games during his two stints at Briar Cliff, but the Chargers were 11-19 in the recently completed season and have had four consecutive losing campaigns. 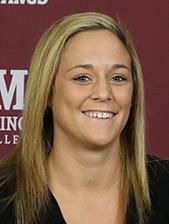 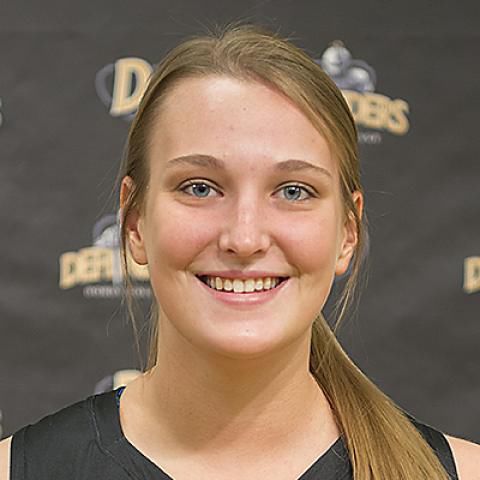