SIOUX FALLS, S.D. -- There is little doubt that Tyler Borchers is one of the best players not only in the Great Plains Athletic Conference but also in the Midwest.

In Morningside’s first-round NAIA D-II men’s national tournament game on Thursday at the Sanford Pentagon, Borchers made his presence felt early with a couple of baskets as the Mustangs went up 4-2 on Mayville State.

But the Mustangs also proved to the rest of the field that they have plenty of dangerous options on the court at any given time in their 90-55 win in the first round.

With Morningside up 9-6 at the 15:30 mark, Borchers picked up his first foul. Still, Morningside coach Jim Sykes decided to sub in Trey Brown for Borchers.

Even without their top scorer, the Mustangs didn’t miss a beat and proved why they are a No. 1 seed. Morningside went on a 14-5 run with Borchers on the bench over the next four minutes to take a 23-12 lead.

“There are so many weapons on this team and any given night, someone can go off. That’s why we are lethal,” said Brown, who scored a team-high 17 points off the bench. “We are so deep. We can go 10 deep if we need to. We have so much trust with each other and we all know each other’s skills and we expect someone’s best all of the time. When someone isn’t playing their best, we pick them up and tell them what they need to do to get up again. Everyone has everyone’s back.”

Borchers returned and after a brief timeout after a Mayville State three, the Mustangs went on another run. The Mustangs finished the final 8:50 of the first half on a 23-12 run to go up 48-26.

“Our bench played well. Pierce hit some shots. Trey came in and played some excellent minutes. That’s what it’s going to take. We were hoping to not put a lot of minutes on our starters,” Sykes said. “When you have guys contributing like that, good things can happen.”

Borchers contributed four points during the run, proving again that the Mustangs can get scoring from a number of options as Matt Hahn had 11 points in the first half, Brown had nine and Brody Egger and Pierce Almond each had six points.

“When we settled for good shots, Mayville scored on us because it was a long rebound and they took off and ran with it. But if we take great shots and make them work on defense, it’s going to be good for us.”

Morningside plays Mount Vernon Nazarene at 7:30 p.m. Friday back at the Sanford Pentagon.

Sykes was pleased not only with the quick start his team got out to in its first game of the tournament but also that his team played well for a full 40 minutes.

“It’s been a long time since we played and the guys were anxious to play and played like caged animals right away from the start it seemed,” Sykes said. “That’s the approach we wanted to take. Get after them early and do as much as we could defensively to keep them from getting easy looks and I thought we did a good job.

“We didn’t want to let up. Mayville is here for a reason. Any time you think you have a comfortable lead, you are going to get beat. It was important that we were able to continue to put the heat on.”

Brown said the defense has to be there again against Mount Vernon Nazarene on Friday and every game of the tournament.

“Our defensive intensity has to stay there throughout the tournament. That’s the way to win,” Brown said. “This feels really good. Especially winning in that style. But we have another game (Friday) and we have to show up.”

SIOUX FALLS, S.D. -- Briar Cliff had about as good of a first half as any team could ask for at the NAIA D-II men’s national tournament on Thu…

SIOUX CITY -- In the last 10 games, Morningside’s offense has struggled as the Mustangs lost eight of those 10 games.

No. 4 Northwestern women pull away late to advance in NAIA women's tournament

SIOUX CITY – Northwestern became the fourth No. 1 seed to advance through the first round of the NAIA Division II Women’s Basketball Champions… 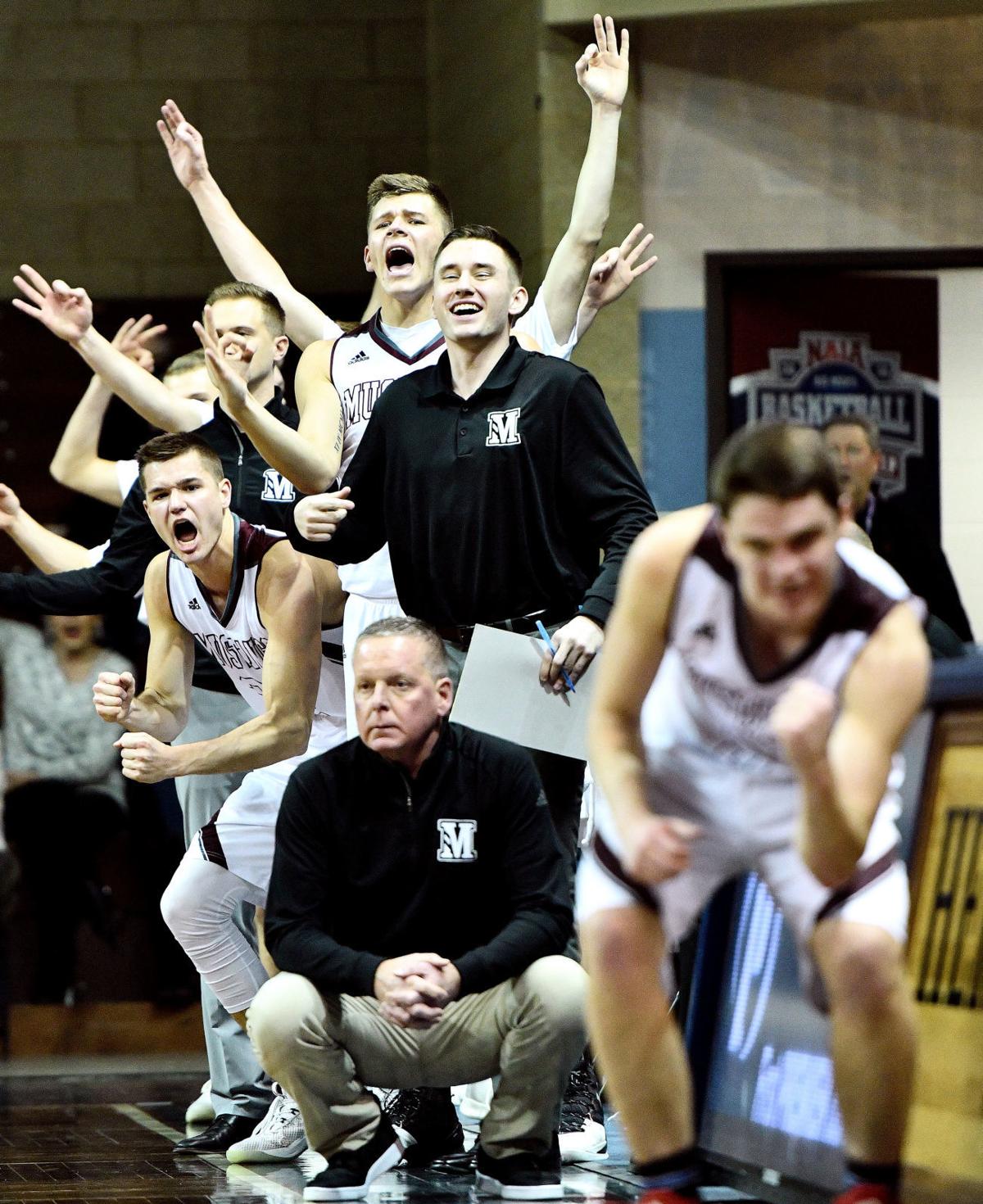