SIOUX CITY -- Since the calendar turned to 2021, Morningside College has been playing outstanding baseball.

The Mustangs split a doubleheader with Doane Saturday, but are 12-7 since starting the season at 4-12.

They find themselves in the thick of the Great Plains Athletic Conference race with an 8-4 mark, two games in back of Doane (10-2) and 1.5 behind Concordia (9-2).

“I like the way our team is together and the unity of our guys,” Morningside coach Adam Boeve said. “They’re a resilient group and that makes it fun. Any time you’re around a group of guys who enjoy and genuinely pull for each other.”

Never was that resiliency more in play than this weekend. Morningside pulled out a pair of wild victories at Dordt on Friday, winning 8-7 and 14-11, both in extra innings. The twin bill took nearly eight hours to complete.

Then, on Saturday at Bishop Mueller Field, the Mustangs outscored Doane 12-9 in the opening game, handing the Tigers just their second GPAC loss. Doane won the nightcap, 7-1.

“We saw about everything you could see in a season packed into one day yesterday, then had a quick turnaround for today,” Boeve said. “That’s what I like about these guys, they showed up ready to compete in the first game and kept answering the call. That was one of our better games, if not the best, of the season.”

The Mustangs jumped all over Doane ace Jordan Wisner in the opener, chasing him with four runs before record an out.

After that it became a see-saw contest, with Doane rallying to tie it at 8-8 with three runs in the bottom of the sixth inning of the seven-inning game.

Morningside, though, pushed across three in the bottom of the sixth, stringing together five hits and ultimately claiming the victory.

Jordan Pierce and Wade Canaday each had RBI doubles in the sixth, while the Mustangs added an unearned tally.

Pierce collected two hits and knocked in three in the first game, while Elijah Rude added a couple of hits and two RBIs. Carter Kratz and Hunter Hope also had two hits as the Mustangs outhit Doane 13-10.

“Billy Mounts gave us a chance to win by the way he pitched in the second game,” Boeve said. “We didn’t have any timely hitting and left nine on base. You come up with those hits in different moments, it could be a different ball game. We rode Billy as long as we could, he only gave up three runs through six and got a little tired in the seventh.”

Doane only had one more hit (12-11) than the Mustangs in the second game, but the Tigers’ were in more of a timely manner. Doane scored single tallies in the second, third and fourth innings and tacked on four in the seventh of the nine-inning contest.

Mount pitched into the seventh inning, but left after giving up three hits.

Morningside scored its only run in the fifth. Carter Ades legged out a high chopper to the mound and advanced to second on a throwing error. Ades went to third on a ground out and scored on a single off the pitcher’s body by Michael Boomgarden.

Eddie Brancato banged out three doubles in the nightcap, while Bishop Heelan product Hope had a pair of singles.

“We’ve been road warriors, that’s for sure, but they’re getting used to it,” Boeve said. “They haven’t complained. They’re just where at and what’s next. That’s good to see and hopefully we’ll get a home game soon.”

The Mustangs, now 16-19 overall, are idle until next Saturday when they play a four-game series at Hastings.

SIOUX CITY – It’s time to tip the mortar board to John Reynders, who will retire June 30 as president at Morningside College, which officially… 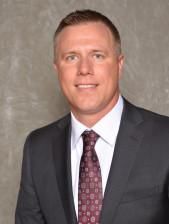 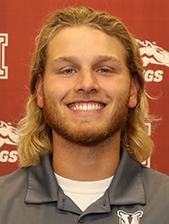