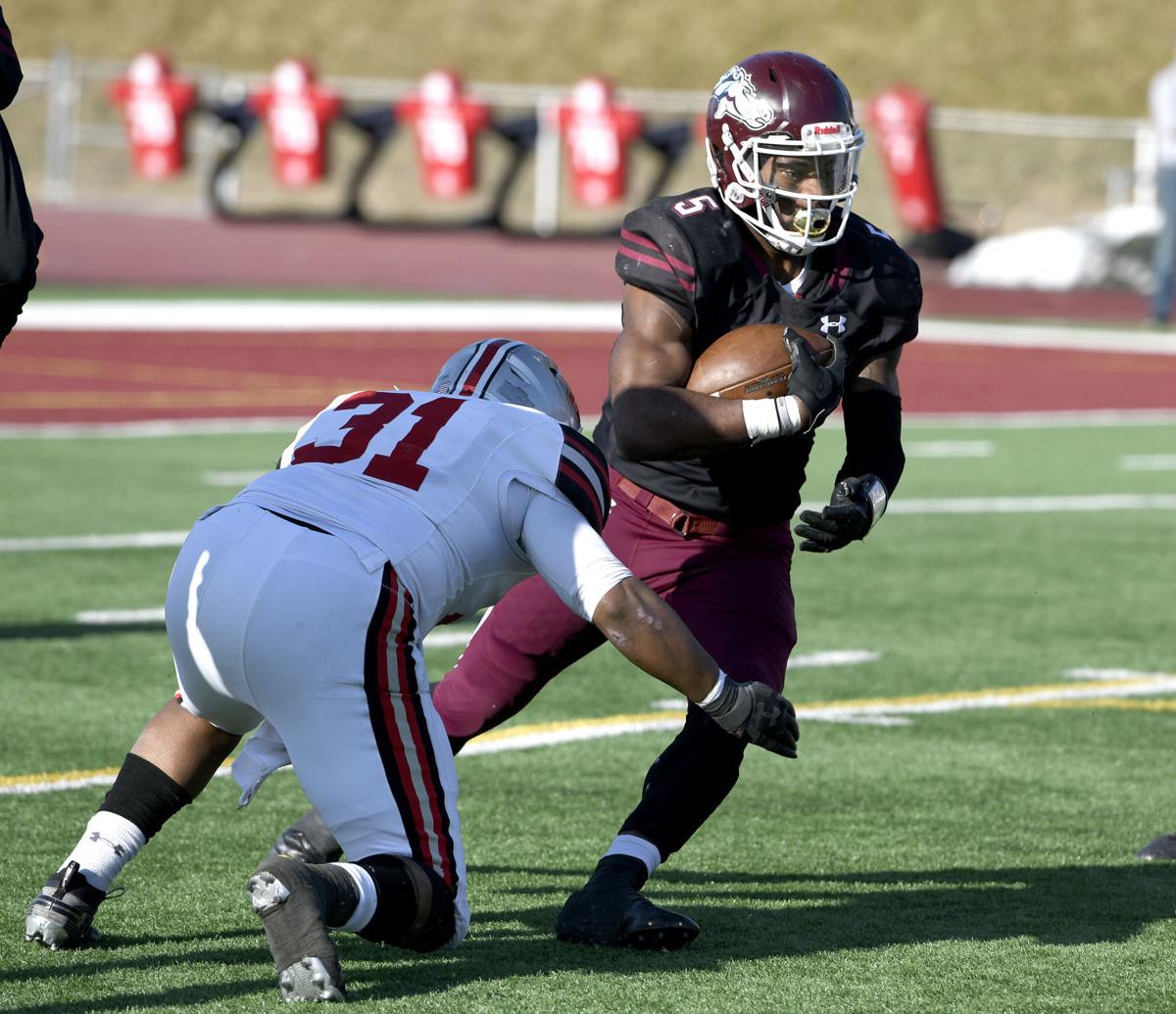 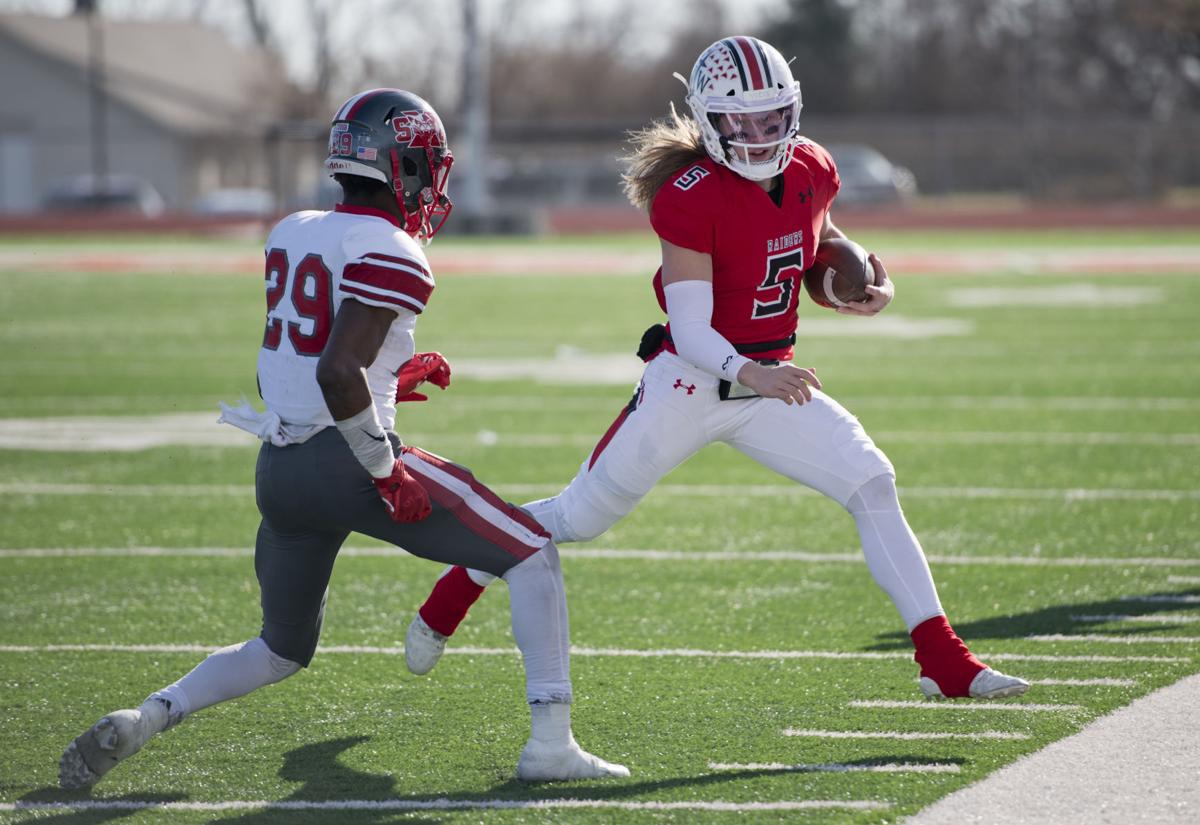 Just a few days ago, the NAIA Council of Presidents voted to move the volleyball, soccer and cross country championships to the spring of 2021. The Council decided to delay the decision until Friday morning on whether the football championship would stay in the fall or be moved to the spring.

McCarty figured it was just a matter of when not if for the scheduling change.

On Friday, the Council stayed the course it set on Tuesday when it voted to move the NAIA football championship, which is normally played in early December, to the spring of 2021.

"It will make things different but since March (of this year), everything has been different. Just go with the flow and make the most of it," McCarty said. "Even in the fall, are we going to get a full nine games in? There are so many unknowns that you just go week-by-week and take care of business."

The date and location of the football championships in the spring were not decided on Friday. What is known is that practice for programs planning to play in the fall still starts on Aug. 15 and the first competition is on Sept. 12.

The NAIA also lifted the restriction of a maximum of games a program can schedule, which was reduced to nine. Programs can now go back to an 11-game football schedule starting no earlier than Sept. 12.

Before the week began, the Great Plains Athletic Conference planned to play all of its fall sports in the fall still. That choice didn't change after Tuesday's announcement and the GPAC is standing pat with its decision after Friday's news.

"I think we feel we are still in an area to attempt a fall season," GPAC commissioner Corey Westra said. "There are no guarantees with what the future looks like. You can play the what-ifs but with the way the pandemic has played out, you don't know. With football and the corresponding sports, it gives you a longer runway to work with now.

"In that regard, it doesn't take the pressure off the fall. There's a lot of uncertainty around the fall but it allows you to know the end game that the national championship is in the spring."

Morningside football coach Steve Ryan would've preferred the playoffs to stay in the fall but he understands the decision due to the COVID-19 pandemic.

The coach who has led Morningside to back-to-back NAIA national championships was also bracing for the decision for awhile. Now that the big decision has been made, he can shift his focus to getting his players prepped for the first practice on August 15.

"COVID makes everything different and once the others moved, it's hard to keep football in the fall. I guess we just have to focus on the fall and try and have the best season we can in the fall," said Ryan, who was getting ready to lead Morningside's youth camp on Friday night "Spring is so far away, we can't concern ourselves with it. It's a total unknown. We take care of the fall and then be fortunate enough to have a spring season, we will worry about it then.

"It's a little bit stressful but in the end, this stuff doesn't concern me as much as working through COVID and keeping players safe."

Both Ryan and McCarty are now planning on playing an 11-game schedule but are not certain about how that would look.

Currently, both teams are scheduled for nine games with all of those contests being against fellow GPAC schools. Morningside and Northwestern, the two playoff teams from the GPAC last season, open the season against each other at Elwood Olsen Stadium on Saturday, Sept. 12.

The NAIA is allowing a split schedule, meaning all of the GPAC schools can play nine games in the fall and then possibly play one or two games if the spring if they wanted to.

"A lot of people are going to do a split schedule. I don't even know how that will work," Ryan said. "We have the opportunity to have something really good this fall with still playing a nine-game schedule and hopefully that works out. Play one or two teams (in the spring) and play in the playoffs. We have a good league and we have a real good nine-game schedule.

"First they have to figure out the championship game and what the playoffs look like because then they can work back and see how much time you have to play in the spring."

Picking the playoff field is usually determined by the NAIA rankings and the top 16 teams make the playoffs. The system to pick the teams will change a bit, but how that will work is not exactly known.

"How do you view those teams accurately in the fall when everyone else is playing in the spring? That will be a concern," McCarty said. "College of Idaho and Saint Xavier are top-10 teams who aren't playing this fall. It's going to be interesting."

Plus there are eligibility issues to deal with. Some seniors may have used up their eligibility by the end of the fall semester. Or some players may have internships in the spring to work around.

There are some players who participate in two sports. McCarty has two players - Josh Fakkema and Jaden Snyder - who are two key players for Brian Wede's Red Raider baseball team. Plus Northwestern and a number of schools not only in the GPAC but around NAIA have football players who are on the track team.

The weather in the Midwest is also known to be uncooperative during the spring season.

"We've tried to do baseball and softball in the spring and we know how challenging it can be. Add outdoor sports that normally play in the fall and they are up against the same obstacles," Westra said. "The spring has its inherent weather issues. I think the timing of how the spring plays out is interesting. With schools being let out, how late do you want to go? Outdoor track and field goes to Memorial Day and the baseball (NAIA) College World Series goes into June.

"Now you could be adding fall sports into a longer time frame and have to keep an eye out on those dates."

While there are a number of issues to work through yet, Ryan has full faith in the NAIA to get everything situated.

"There are thousands of questions with the change," Ryan said. "They've come out with the big decision and they had to do that first and now they can work out all of the details. It's just so close to the fall, I just have to worry about the fall."

Westra said this is just another decision in what has been the ever-changing world of intercollege athletics.

"The patient part of patiently anxious is being tested every day. They are making decisions to hopefully give student-athletes a meaningful year," Westra said. "While it is different and unlike has ever been seen before, if you like an A-to-Z neat and tidy season, it's not going to be that this year."

When the Sergeant Bluff-Luton football team took the practice field on Monday night, nothing felt different between the lines. But off the field? That was a different story.

The Chargers started the men’s volleyball program in 2016 and had gone 70-52 over four-plus seasons, including a 13-5 mark this spring before the pandemic shutdown.

If and when fans are allowed at athletic events, the GPAC will require the use of face masks at all competitions, indoor and outdoor.