The Mustangs received strong pitching again from senior Rachel Henks and junior Andrea Medinger in posting wins of 2-1 over McPherson (Kan.) and 3-0 over Bacone (Okla.).

Morningside, coming off its first-ever appearance in the NAIA World Series a year ago, allowed just the single run in the five games this weekend.

Henks, a lefthander, relieved Medinger in the Bacone game and struck out eight in the final 3.1 innings of work. Medinger had worked the first 3.2 innings, allowing four hits and striking out three.

The Mustangs took advantage of five Bacone errors and plated a single run in the third and two more unearned runs in the sixth.

Morningside had six hits in the contest, singles from Elin Landgren, Abby Conner, Moriah Bohlmann, McKenzie Anderson, and Tracey Edwards and a double from Allie Martinez.

Madison Beaver drove in three runs in the second game for the Red Raiders (1-3), who scored twice in the fifth inning and five more times in the sixth to take a 7-0 lead. Morgan Means pitched a seven-hitter for the win but lost her shut out on a home run by Benedicitine's Sarah Methvin in the sixth inning.

Cheyenne Wilcke drove in a pair of runs in the first game for Northwestern.

NOTRE DAME 2, SOUTH DAKOTA 1: The No. 22 Fighting Irish scored single runs in the third and fifth innings and held on to edge the Coyotes in college softball action in Long Beach, Calif. Saturday.

South Dakota got its run in the top of the sixth inning when Shelby Keil singled with two outs and scored on Emily Wickler's double to the gap. Winckler was thrown out trying to advance to third to end any further scoring.

DORDT 1, PRESENTATION 0: Tianna Top pitched a four-hit shutout as Dordt opened its season by blanking Presentation in the Dome on the Aberdeen, S.D. campus.

Marissa Vandenberg, a freshman, hit a solo homer in the fourth inning to account for the game's lone run. Tessa Howerzyl had the only other base hit in the win for the Defenders.

The Defenders had four hits in the game and scored the lone run in the sixth inning as Marissa Vandenberg tripled and scored on a Corinne Valdix sacrifice fly.

Vandenberg went 2-for-3 while Carley De Roin and Van Der Zwaag also had hits in the contest. 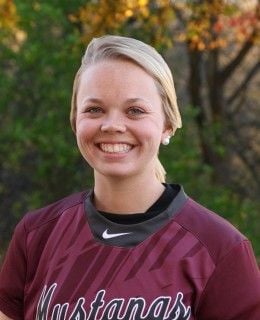 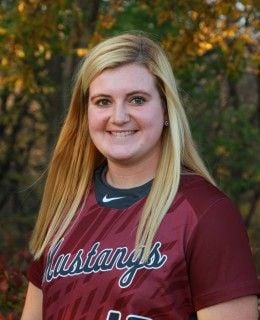