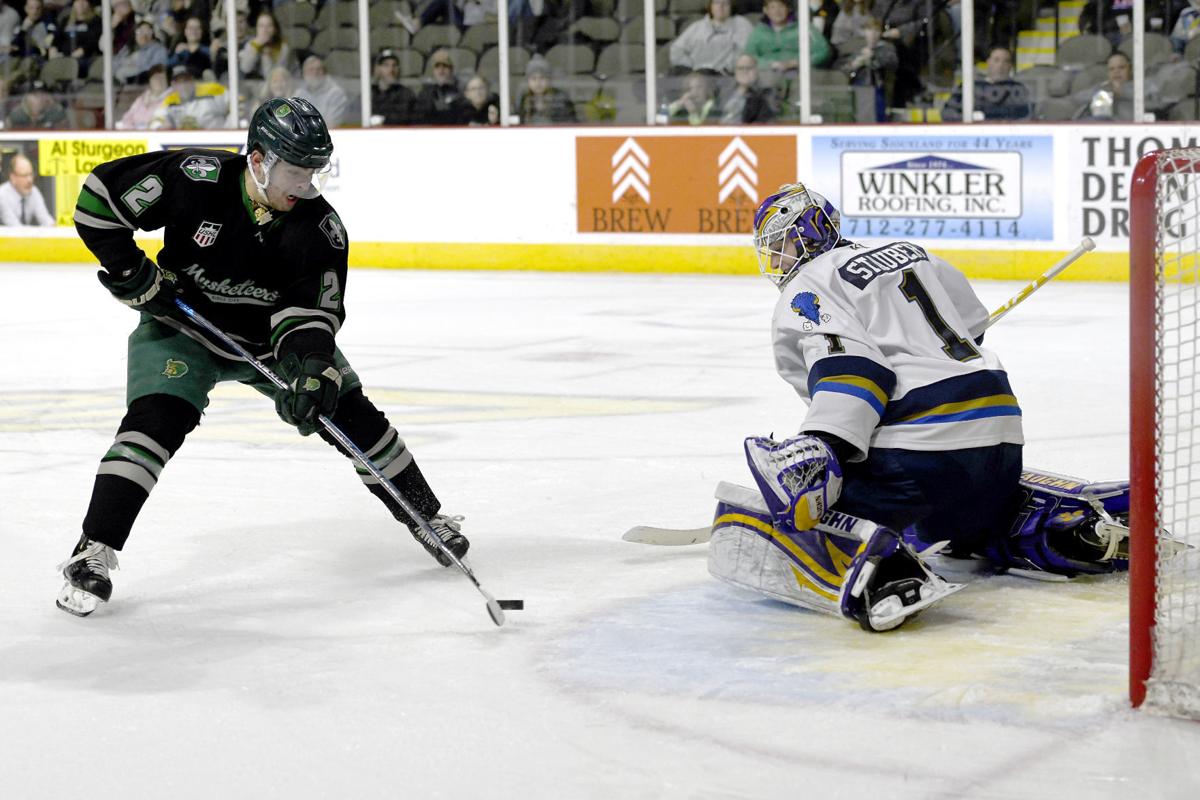 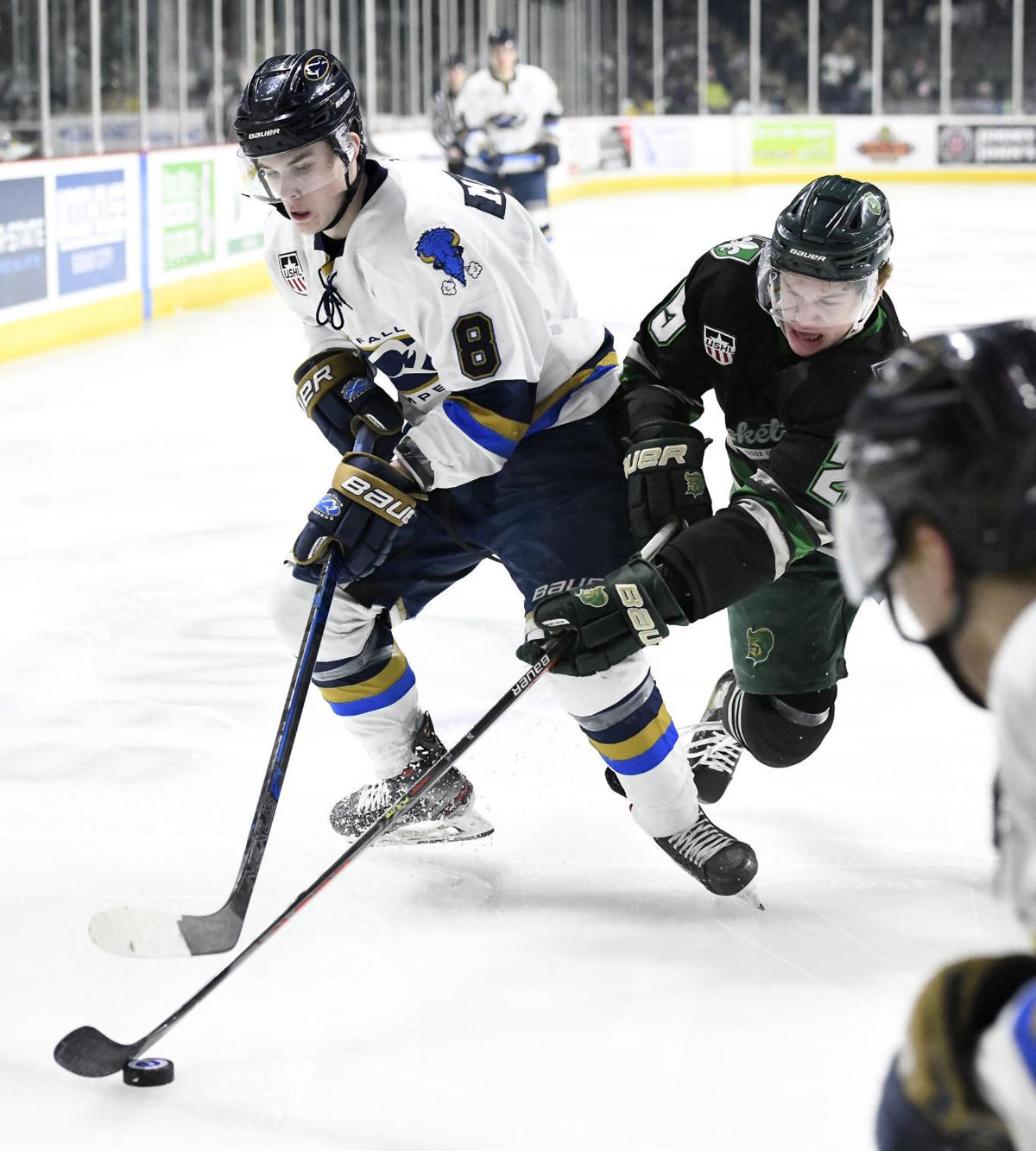 SIOUX CITY -- While the three-game stretch this weekend ended with a 6-3 loss to Fargo on Sunday, it was a successful weekend for a Sioux City Musketeers squad that is trying to climb back into the USHL playoff race.

Sitting in last place in the Western Conference coming into the weekend, the Musketeers were able to make up some ground on the two teams ahead of them - Sioux Falls and Des Moines - by winning two games against the Stampede on Friday (5-0) and Saturday (3-2), which included a two-goal comeback during Saturday’s contest.

Those two wins gave Sioux City four points, allowing the Musketeers to not only knock Sioux Falls out of the sixth spot after a recent surge by the Stampede but they also got within four points of Des Moines, which has 41 points compared to 37 for the Musketeers

“I thought we played competitive (this weekend) and our group stuck together,” Sioux City coach Luke Strand said. “Sunday is going to be the reflection that everyone is going to look at but Friday and Saturday were some good battles by ourselves and at the same time, momentum building. 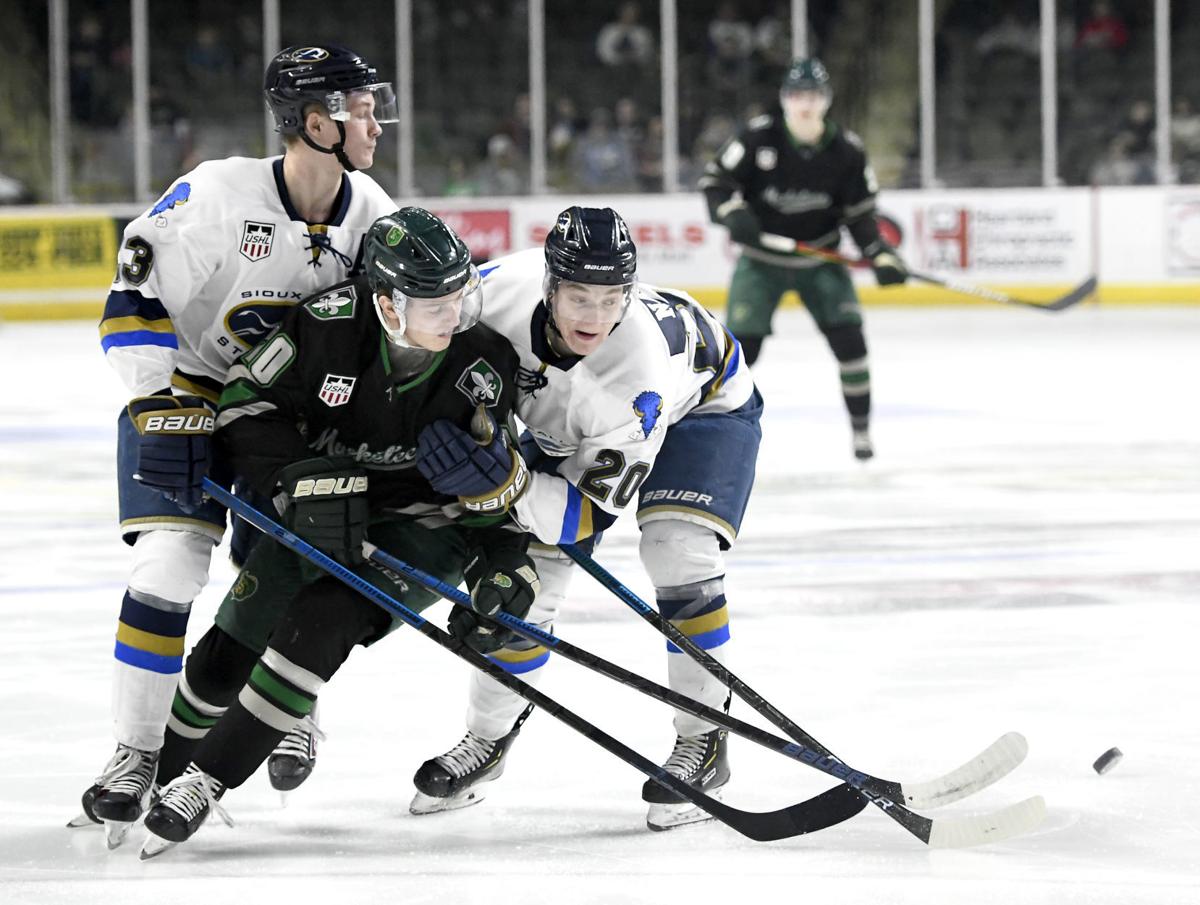 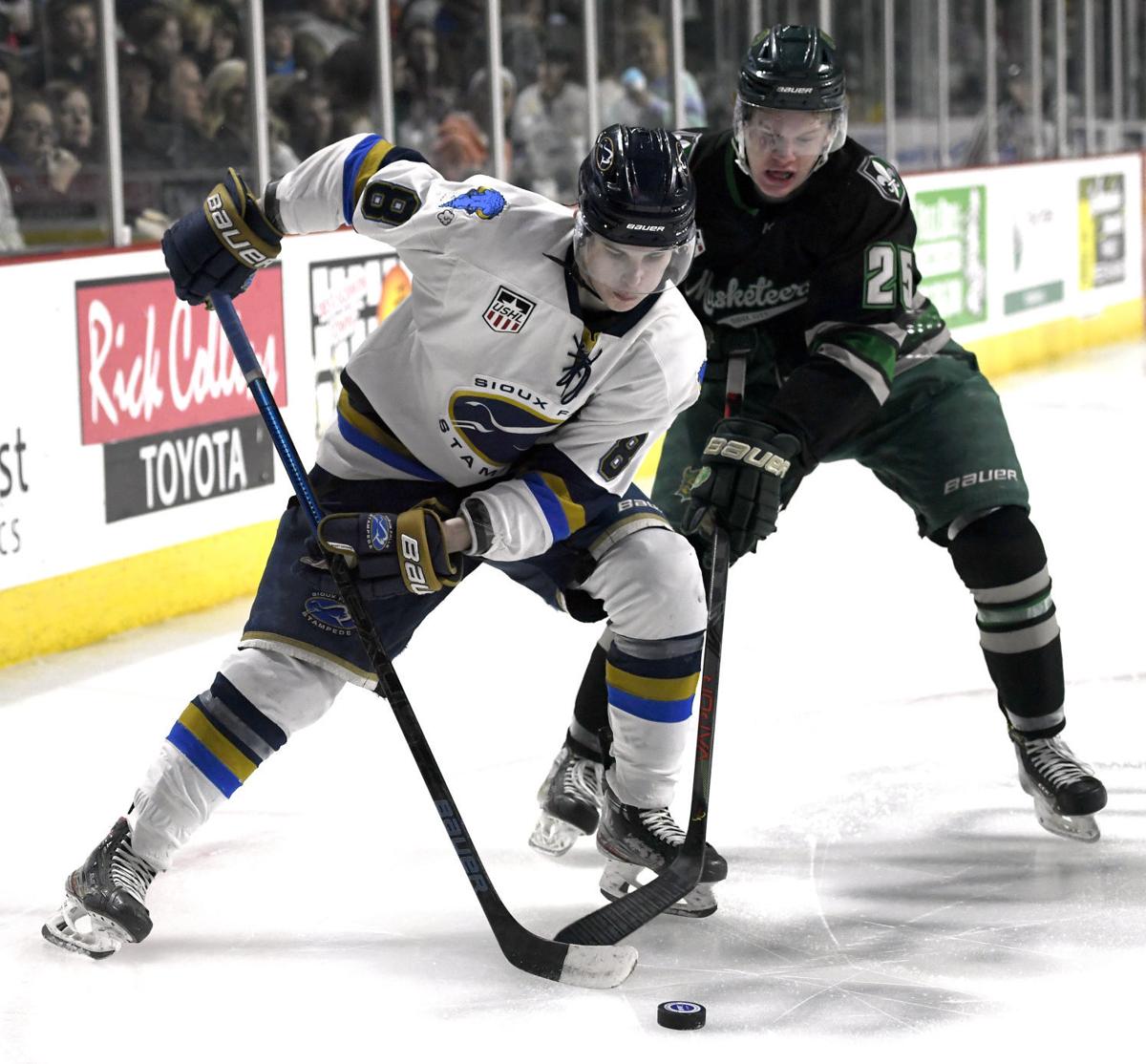 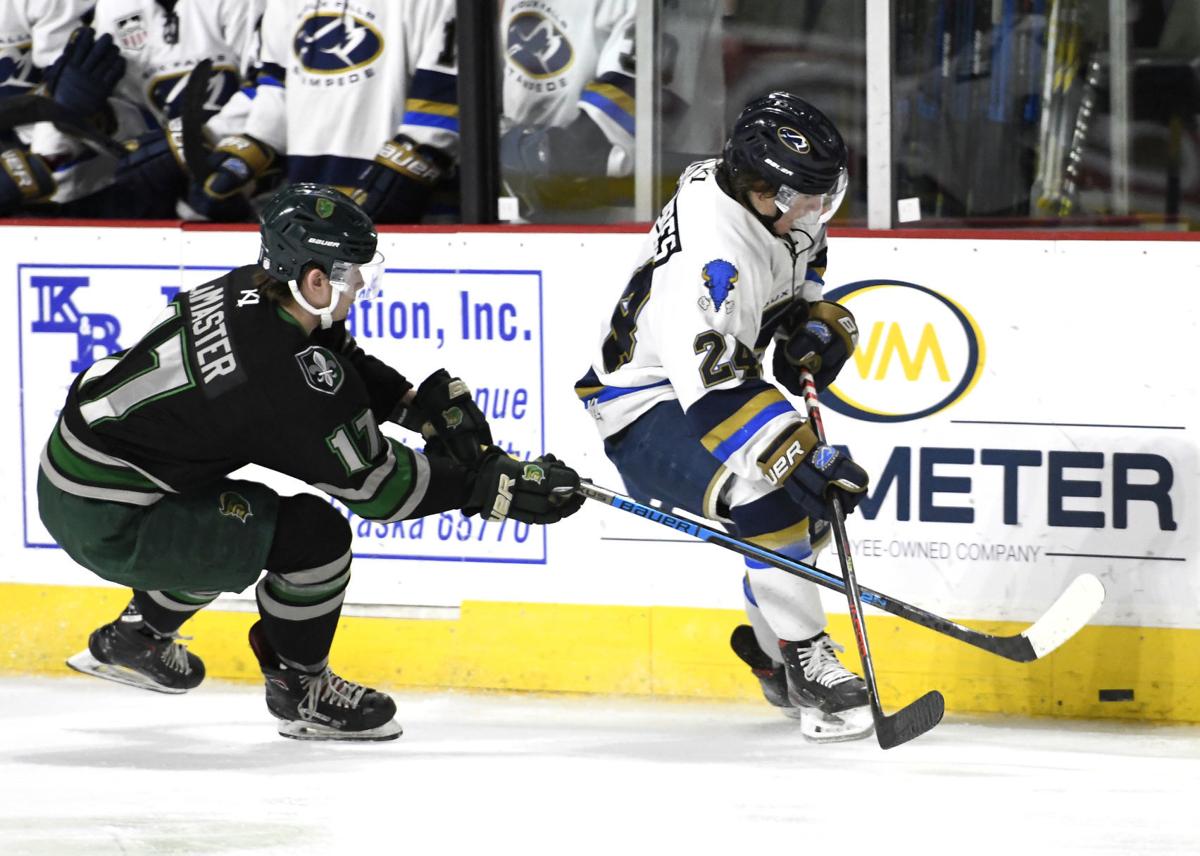 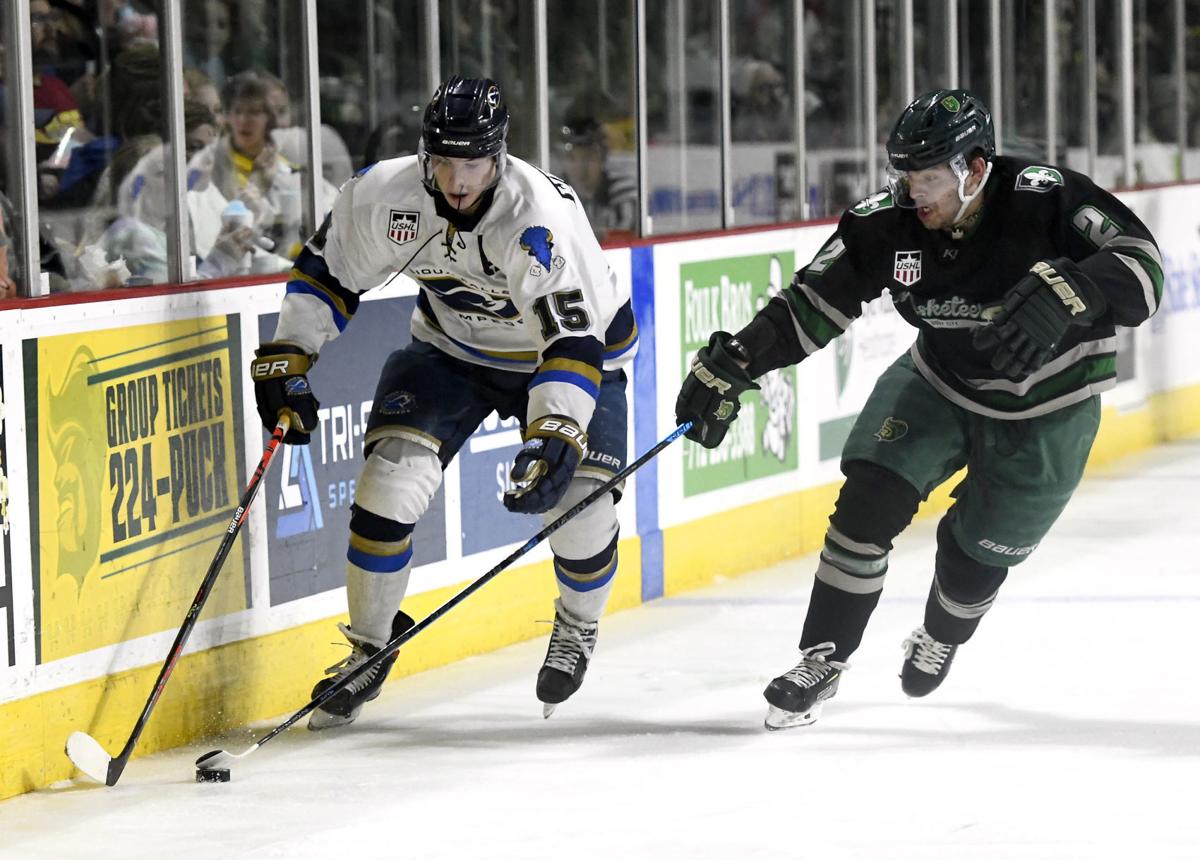 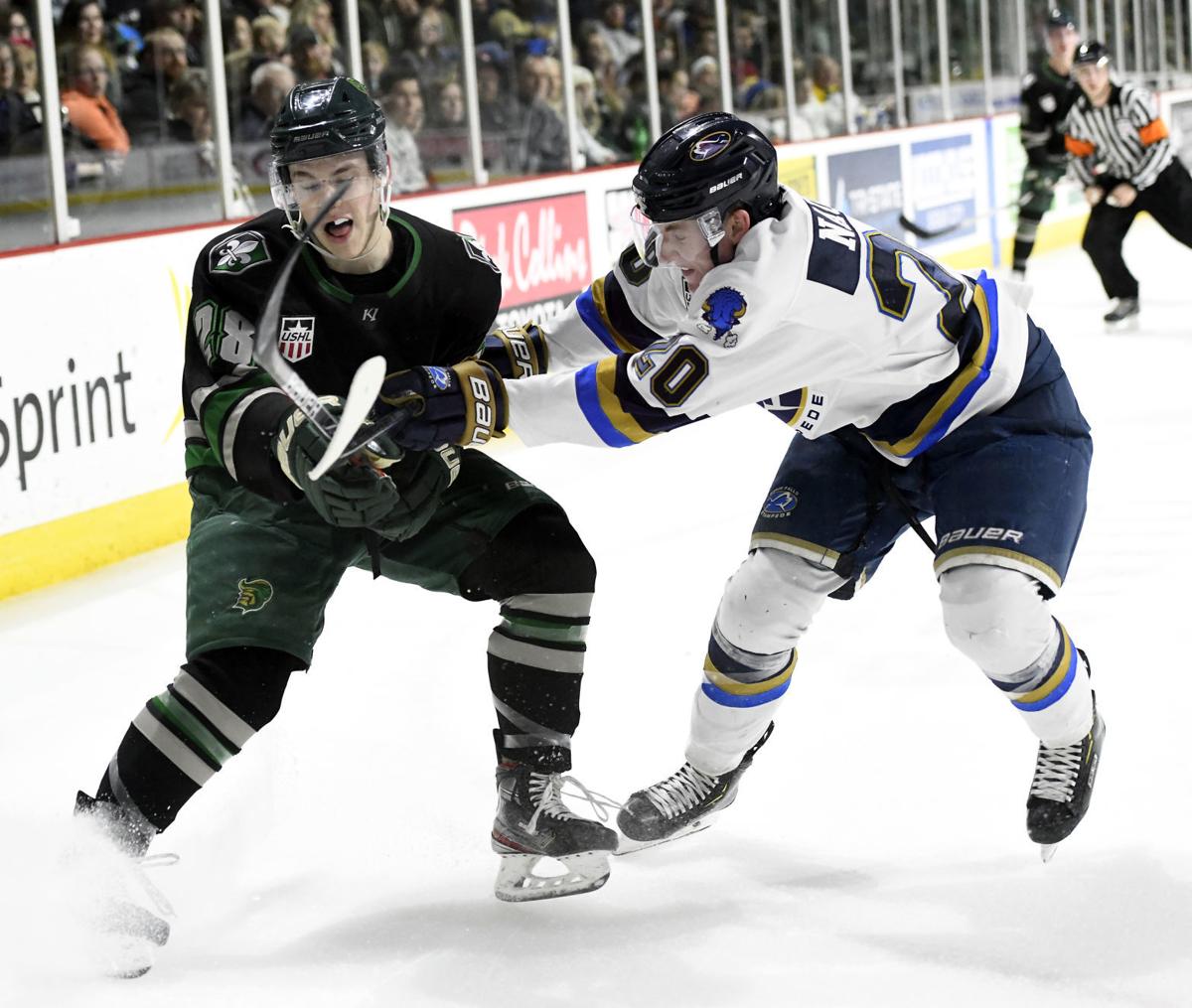 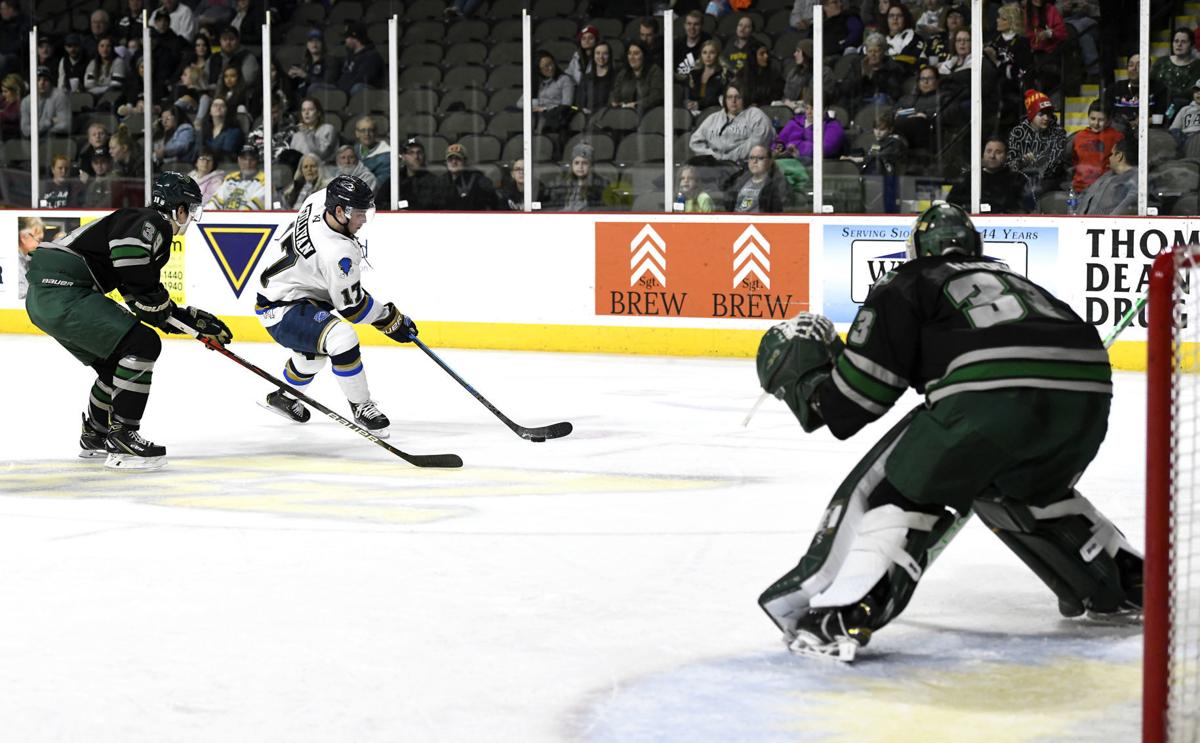 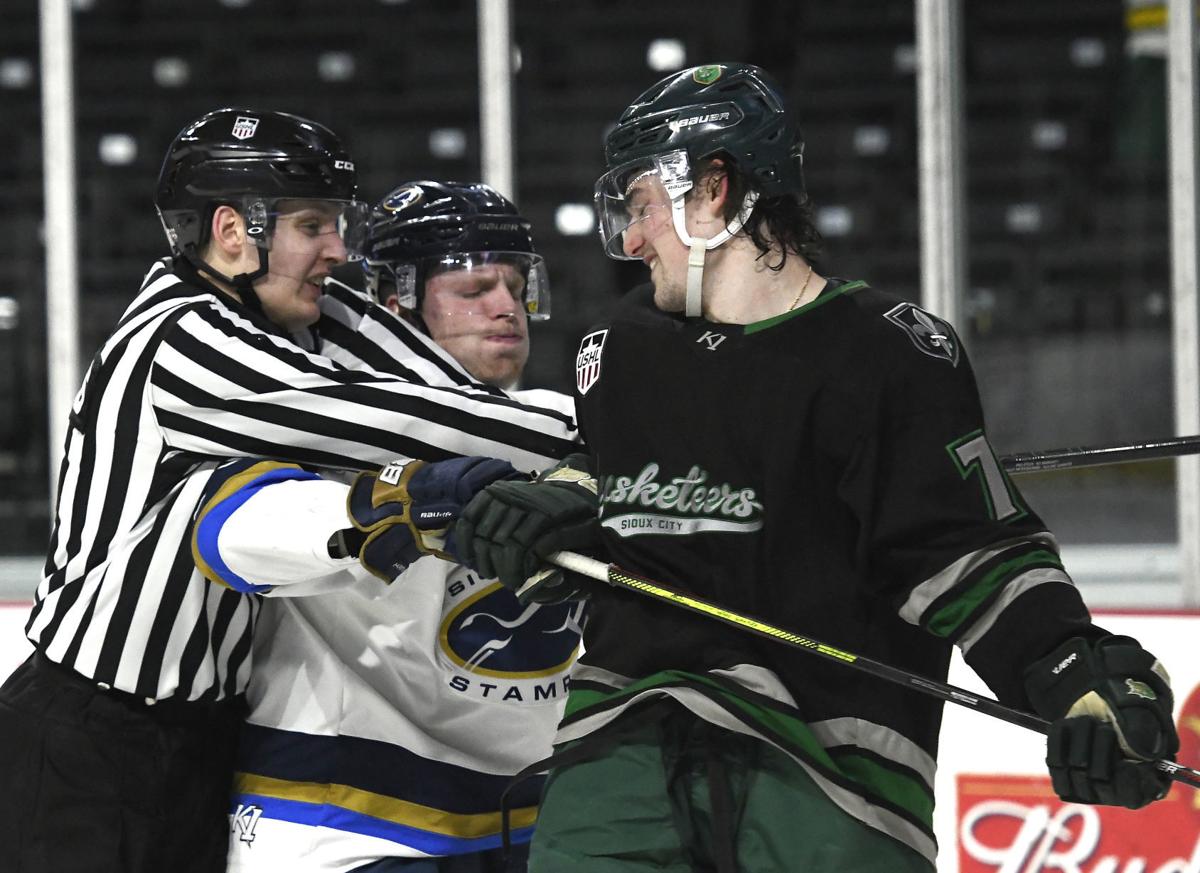 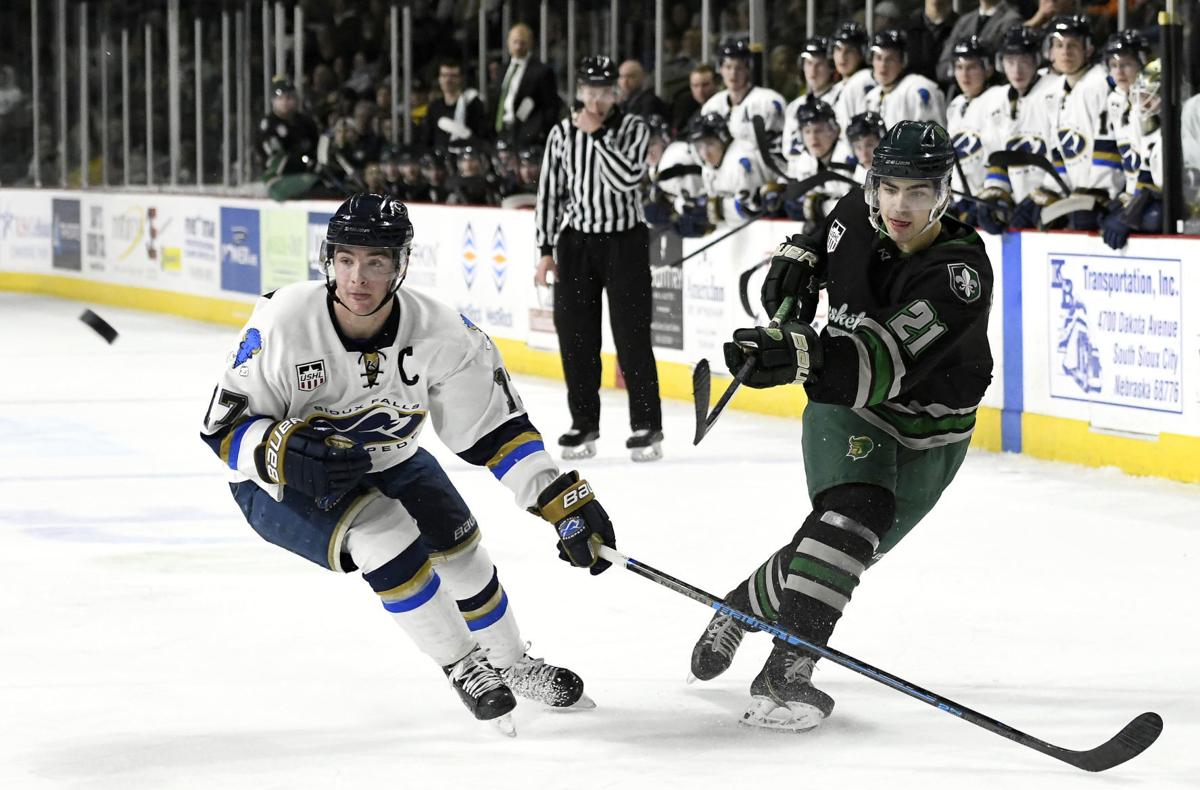 Sioux City is 5-4-1-0 in its last 10 games, earning 11 points during that stretch. The recent hot streak comes at a time where Strand has had to pull up affiliate players because of different reasons.

Forward Ray Christy is going to miss the rest of the season with an injury and defenders Dominic Vidoli and Anthony Kehrer are injured. Joel Maatta is currently playing for Team Finland and defenseman Gabe Blanchard is serving a suspension.

Despite all of the roster movement, Sioux City is starting to pick up crucial points. The wins on Friday and Saturday was the first time the Musketeers won games on back-to-back nights this season.

“We are short but at the same time, we have to make progress with the guys we have and guys development-wise have to take the next step, whether that is individually or as a team,” Strand said. “We keep showing signs of that. Just our group, guys stepped up for each other and we executed. I thought there was depth scoring and I thought our goaltenders had a good weekend for themselves.

“All signs for us indict that we have to go to Lincoln (next weekend) and win on the road.”

Sioux City does return home next Sunday with another game against Fargo.

Fargo took an early lead on the Musketeers on Sunday. Two minutes into the game, Mason Salquist got in front of Sioux City netminder Akria Schmid to block his view. Jack Robilotti’s shot deflected off Salquist and into the top corner of the net to put Fargo up 1-0.

Fargo added to its lead with 8:30 left in the second period when Carter Randklev scored for a 2-0 advantage.

A faceoff violation and a delay of game penalty on Sioux City gave Fargo a 5-on-3 power play. Fargo took advantage with a goal by Lynden Breen for a 3-0 lead late in the second.

Breen got his second goal of the game in the third period on another power play for a 4-0 Fargo lead.

Sioux City got its first goal of the game 3:48 into the third period. After a scramble in front of the goal, Robby Newton poked it in to make it 4-1.

Six minutes later during a 4-on-4, Opilka took a shot from deep and it found the top corner as the Musketeers cut Fargo’s lead to 4-2 with about 10 minutes left.

After Sioux City was unable to score on a power play, Fargo’s Joseph Dunlap scored for a 5-2 lead with 5:23 left in the game.

Fargo went on another power play about a minute later but a turnover gave Sam Stange a breakaway and he easily scored to pull Sioux City within two again at 5-3 with 4:01 remaining.

Fargo put the game away with under two minutes remaining on Adam Gajarsky’s goal for a 6-3 lead.

Sioux City’s offense was quiet for the first two periods of Saturday’s game. Sioux Falls took advantage with two goals in the second period for a 2-0 lead.

The Musketeers cut the lead in half 7:41 into the third period with a goal from Ian Malcolmson as Christian Jimenez and A.J. Hodges assisted.

With under three minutes left in the game, Ben Doran got the equalizer as the Penn State recruit scored just his fourth goal of the season. Luke LeMaster and Shai Buium assisted. It was Buium’s first points of the season.

That sent the game to overtime and Sioux City, which held Sioux Falls to only 19 shots, didn’t allow a shot during the 3-on-3 period. Hodges scored at the 3:58 mark of overtime to give the Musketeers the win. Christian Jimenez and Sam Stange both assisted on the game-winner.

For photos from Saturday’s Sioux City Musketeers game, check out the gallery on siouxcityjournal.com.

For photos from Saturday's Sioux City Musketeers game, check out the gallery on siouxcityjournal.com.

CEDAR FALLS – University of Northern Iowa football coach Mark Farley is not unlike any of his college football coaching brethren.

Sykes is a six-time Great Plains Athletic Conference coach of the year, but now he can add a national award to his resume.

Unprecedented is a word that sometimes gets thrown around too much. Not as often as unbelievable, a word that might need to be wiped from the …

Iowa's Tristan Wirfs projected to be a top-10 selection

Power won a program-record 371 combined games during his two stints at Briar Cliff, but the Chargers were 11-19 in the recently completed season and have had four consecutive losing campaigns.