VERMILLION, S.D. — Although the first home playoff game in 35 years didn’t turn out the way it would have liked, there’s a lot to like about the 2021 University of South Dakota football team.

Southern Illinois downed the Coyotes 22-10 in a first-round FCS playoff game at the DakotaDome last Saturday, signalling an end to a 7-5 campaign.

It was the first time USD had hosted a playoff game since its days in NCAA Division II, 1986 to be exact.

Yes, they lost the game, but the fact that the Coyotes even made it to the postseason is a story within itself.

“There were a lot of naysayers about this team when we started the season, particularly after the spring,” South Dakota coach Bob Nielson. “As I said before, I don’t think we played the way we were capable of playing and I take that on myself. We probably didn’t deal with the COVID thing very well.

“But we had a group that bulled their neck and said, hey, we don’t care if they pick us seventh or eighth, or whatever, in the preseason poll, we think we’ve got a chance to compete for a national championship and this team did.”

Because of the pandemic, the Missouri Valley Football Conference chose to play in the spring. USD finished with a 1-3 record and had its final four games cancelled because of COVID-19.

The Coyotes were picked eighth in the preseason MVFC poll conducted by coaches, media and sports information directors. They wound up going 5-3 and went into the final week of the regular season with a chance to share the league title.

“If you take the COVID season and throw it out, this group of seniors were in two playoffs in four years,” Nielson said. “There are a lot of FCS programs in the country that would take that in a heartbeat.”

The season began with a 17-14 loss under the Friday night lights at Kansas. The Jayhawks had to score late in the game to win.

After a pair of convincing wins in their final two non-conference games, the Coyotes fell to Missouri State in the league opener, 31-23, after leading 23-14 at halftime.

They bounced back, though, with two straight MVFC wins at home and an impressive 34-21 triumph at Northern Iowa, which traditionally has been a tough place for them to play.

USD stumbled at home against Illinois State (20-14), but once again regrouped for a road victory at Western Illinois.

Then came the unforgettable game against South Dakota State in the DakotaDome.

The hated Jackrabbits had a 20-17 lead and the ball, needing only to kill off the final seconds of what appeared to be another heartbreaking loss for the Coyotes.

SDSU quarterback Chris Oladokun lofted a pass out of the end zone on 4th-and-1 in the closing seconds. Officials reviewed the play and determined there was one second remaining on the clock.

That was enough time for USD quarterback Carson Camp to elude pressure and heave a prayer toward the end zone that Jeremiah Webb somehow caught after it deflected off two SDSU defenders to complete a 57-yard touchdown play and a 23-20 Coyote victory.

The play was voted No. 1 on ESPN's "SportsCenter" Top 10 on that particular Saturday.

Despite a 52-24 loss at North Dakota State in the regular season finale, South Dakota received an at-large playoff berth, the second under Nielson and first since 2017.

But by that time, the Coyotes were decimated with injuries and didn’t seem to have much energy in the playoff loss to Southern Illinois.

“I don’t want to make any excuses, but we’re pretty beat up,” Nielson said in the postgame press conference. “We didn’t get off to a good start. We had some guys playing hurt and had this sickness going through. We were a little flat and I’ll take the blame for that.

“There’s no experience better than getting into the playoffs. It sets a standard that guys want to get back to. The opportunity to have a playoff game at home was a great thing for our program and university, something we haven’t done around here in a long time.

“You could have heard a pin drop in that locker room after the game. I think part of that was the fact that we want this to be something we’re celebrating next year – a first-round playoff win.”

There’s a very good chance that could happen, considering the talent that will be returning on offense.

Quarterback Camp played his first full season at the collegiate level and improved steadily throughout the season. The three running backs were all freshmen and the offensive line was also relatively young.

“We’ll learn from this season,” Camp said. “I can’t thank the seniors enough. They showed us what a winning culture is like. They’ve been grinding it out from five to six years and really turned this program around.”

One of those seniors is linebacker Jack Cochrane, who was named to the All-MVFC first team. The son of Sioux City native and past Journal Athlete of the Year John Cochrane made 39 consecutive starts and finished as the program’s sixth-leading tackler with 327.

The Mount Vernon, Iowa, product was a three-time team captain, two-time all-conference performer and led the Valley in interceptions this season. He finished fourth in balloting for Valley Defensive Player of the Year.

“He’s a great football player, but also a really good leader, just a high-level young man,” Nielson said. “If you could buy stock in somebody I’d buy a bunch of that stock because he’s going to be highly successful in what he does.”

VERMILLION, S.D.—South Dakota guard Kruz Perrott-Hunt had career highs of 25 points and eight rebounds in leading the Coyotes to an 80-71 win …

Carson Camp finally had a moment to stand back and take in what happened in a crazy 2021 season. 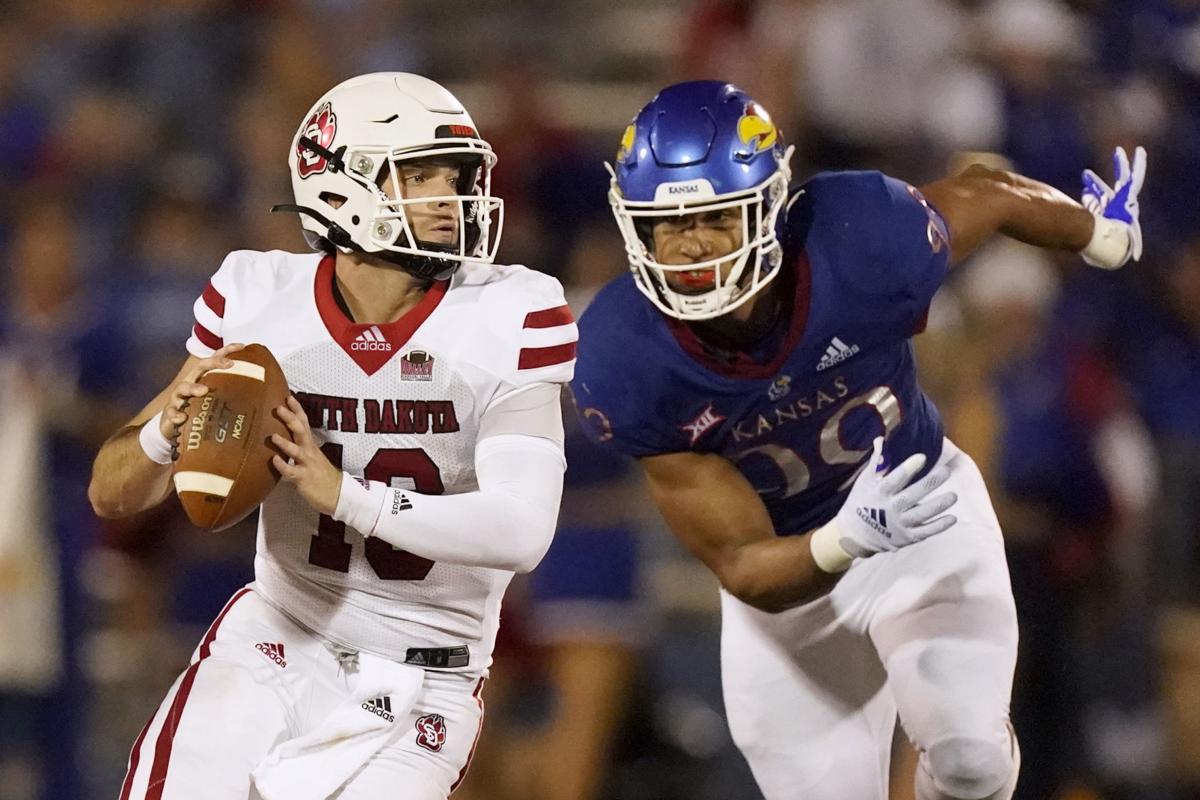 South Dakota quarterback Carson Camp (18) looks for a receiver under pressure from Kansas defensive lineman Malcolm Lee (99) during the second half of an NCAA college football game on Sept. 3 in Lawrence, Kan. 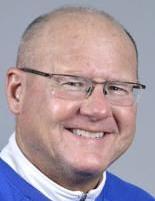