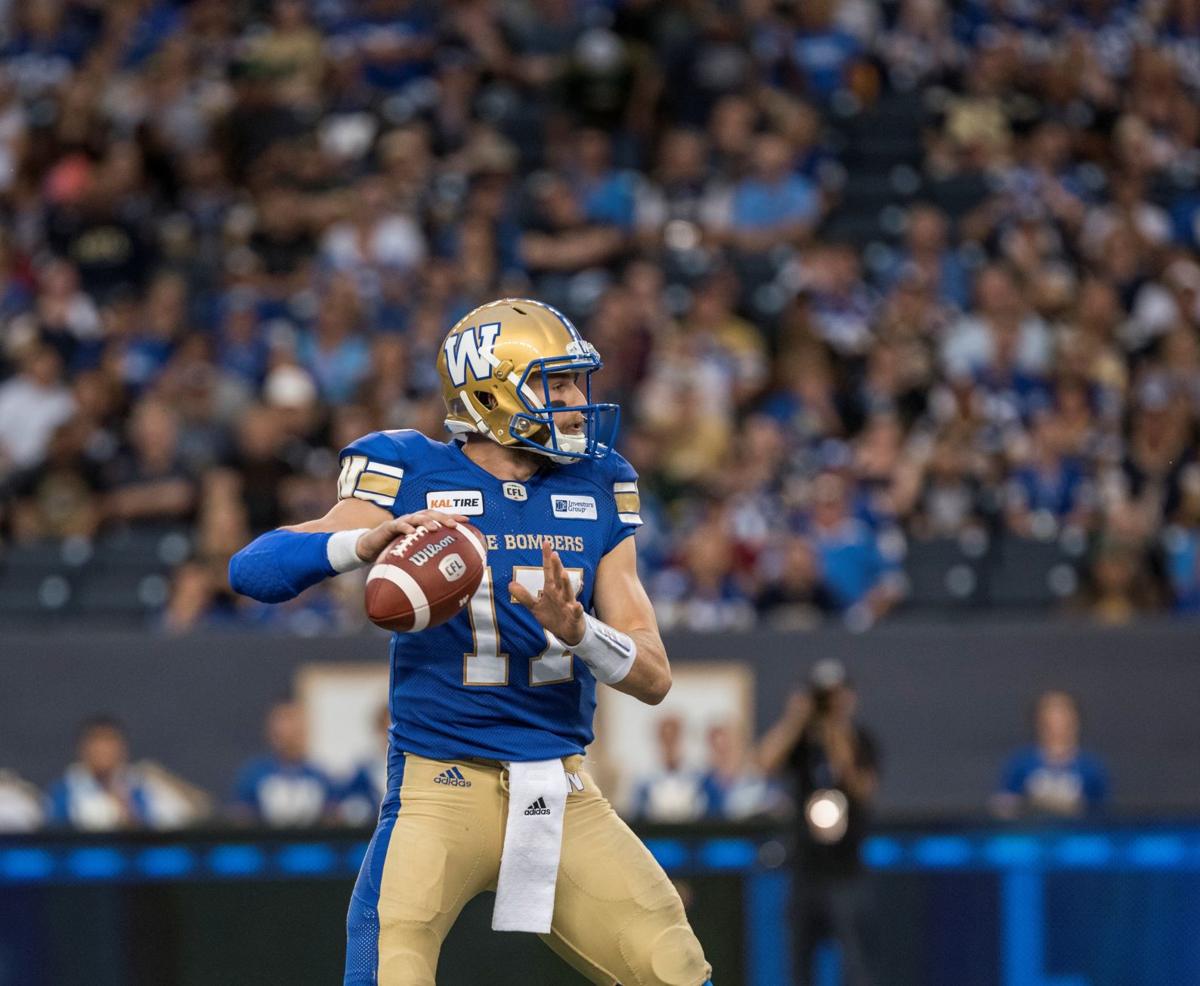 Chris Streveler has completed 37 of 56 passes for 429 yards and a league-leading six touchdowns in just two starts for the Winnipeg Blue Bombers. 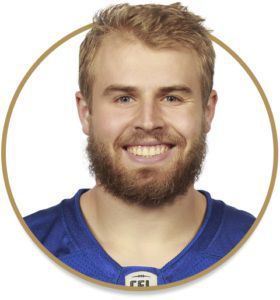 WINNIPEG – A post on Facebook from retired University of South Dakota football coach Joe Glenn says it all.

“I have said before and I will say it again Christopher Streveler is a quarterback in every sense of the word and can run and throw and create and do anything you want him to do with your offense.

“I ask myself again? How in the hell did the scouting people of the NFL look past Chris Streveler? It is ridiculous that they could miss such a fabulous athlete pass on such an unbelievable talent who can, run, pass and throw as good as anybody I’ve ever seen.

“A pathetic miss by the NFL and a fabulous get by the Winnipeg Blue Bombers!

Despite finishing as runner-up in voting for the Walter Payton Award -- given to the top player in the Football Championship Subdivision – and being named a first-team All-American, Streveler went undrafted by the NFL.

The Crystal Lake, Illinois, native even put up better numbers in his workout in front of NFL scouts than any of the quarterbacks that wound up being drafted. Nonetheless, none of the teams showed interest.

Instead, Streveler headed north on his first trip ever to Canada and was signed by the Blue Bombers of the Canadian Football League out of a try-out camp in May. In just over a month, Streveler went from simply trying to make the team as a backup quarterback to becoming the talk of the town.

Pressed into the starting role after a preseason injury to Matt Nichols, Streveler has completed 37 of 56 passes for 429 yards and a league-leading six touchdowns in just two starts. His quarterback rating of 94.9 is second best in the Canadian Football League.

In his first game against the Edmonton Eskimos, Streveler overcame a shaky start (two sacks and an interception in his first seven plays) to engage in an intriguing head-to-head QB battle with longtime CFL star Mike Reilly, although the Bombers came up short, 33-30.

Then, in a 56-10 rout of the winless Montreal Alouettes last week, he completed 22 of 28 passes for 246 yards and three touchdowns and rushed for a game-high 98 yards on 10 carries.

In typical Streveler fashion, despite his almost fairy tale start, Streveler has chosen not to rest on his laurels, but concentrate on the future.

“We’ve got a great team up here, there are so many veteran guys that have been amazing,” Streveler said. “They’ve made the transition process of getting to play as a young guy so much easier.”

Streveler didn’t have much time to think about being a professional football player before he was pressed into starting duty. Nichols went down just before the season began and was expected to miss four to six weeks.

“It was crazy because just a couple days before they were making the final cuts,” Streveler said. “I’m just kind of trying to make it through that day and hoping I made the team. Then a couple of days before the game they told me I was going to be starting. I was just trying to take it day by day and continue to get better and learn.

Not only was Streveler unfamiliar with the country, he knew nothing about Canadian Football rules, which are vastly different than the NFL. Plus, he had to get used to playing at a higher level.

“The biggest thing is it’s a different level of football and obviously the level of play is raised,” Streveler said. “But at the same time just continuing to stay within myself. That was the advice everyone game me going into the first game. You don’t have to do anything extra or crazy.”

Winnipeg isn’t a huge city, but the fans are definitely serious about their football team.

“We’re getting off the plane today and people are stopping us and congratulation us and taking pictures and stuff,” Streveler said. “That’s been a really cool experience just meeting some fans and seeing how passionate they are about the team.”

Streveler said Nichols – who may return sooner than expected – has been extremely helpful.

“Having him on the sideline for the first game was definitely a huge positive for me and helped me out a lot,” Streveler said. “Having him around has been a terrific asset not only to me but the rest of the team. He provides a great leadership and is a great guy to have around.”

Make no mistake about it, everyone in “Coyote Nation” is keeping tabs on its favorite son.

Even a proud old coach.

Streveler has eye-popping performance in win

MONTREAL – At this rate, Matt Nichols is going to have trouble regaining the starting quarterback job for the Canadian Football League’s Winni…

Chris Streveler has completed 37 of 56 passes for 429 yards and a league-leading six touchdowns in just two starts for the Winnipeg Blue Bombers.