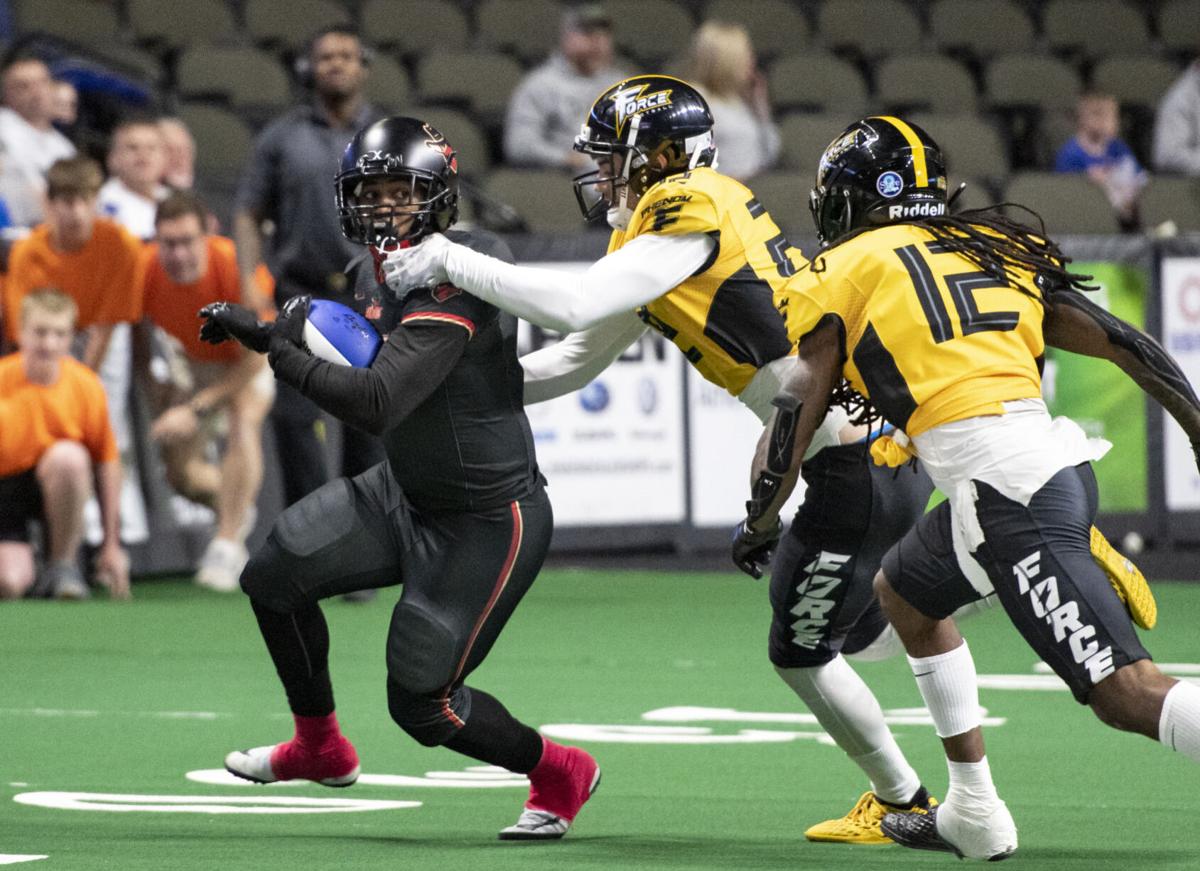 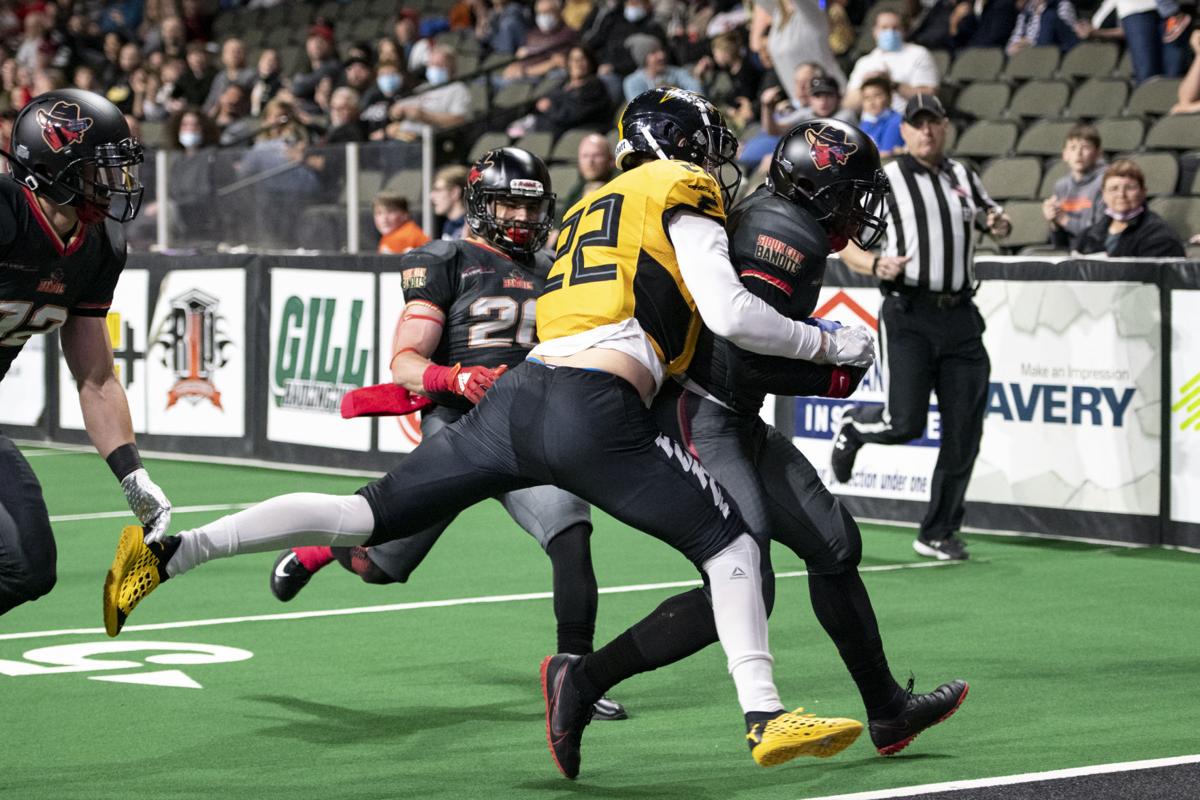 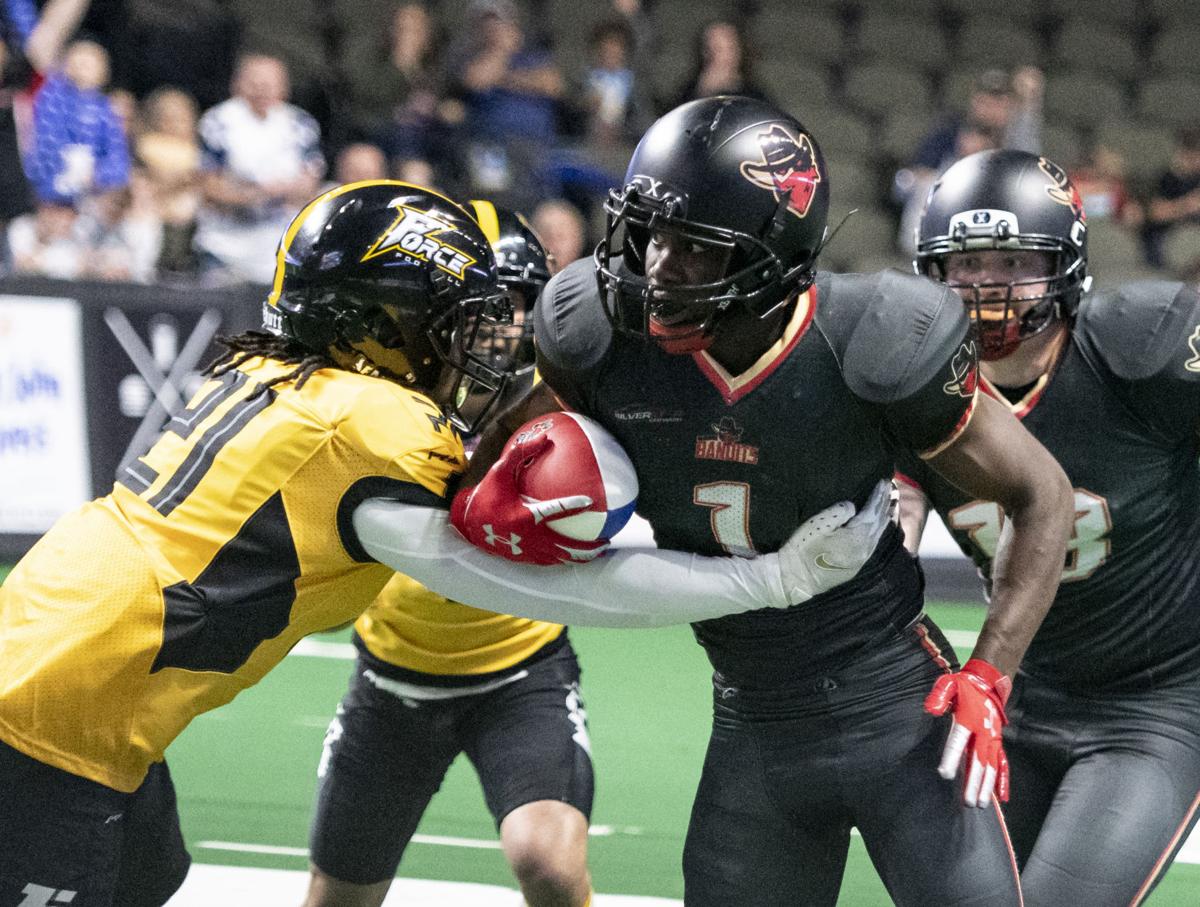 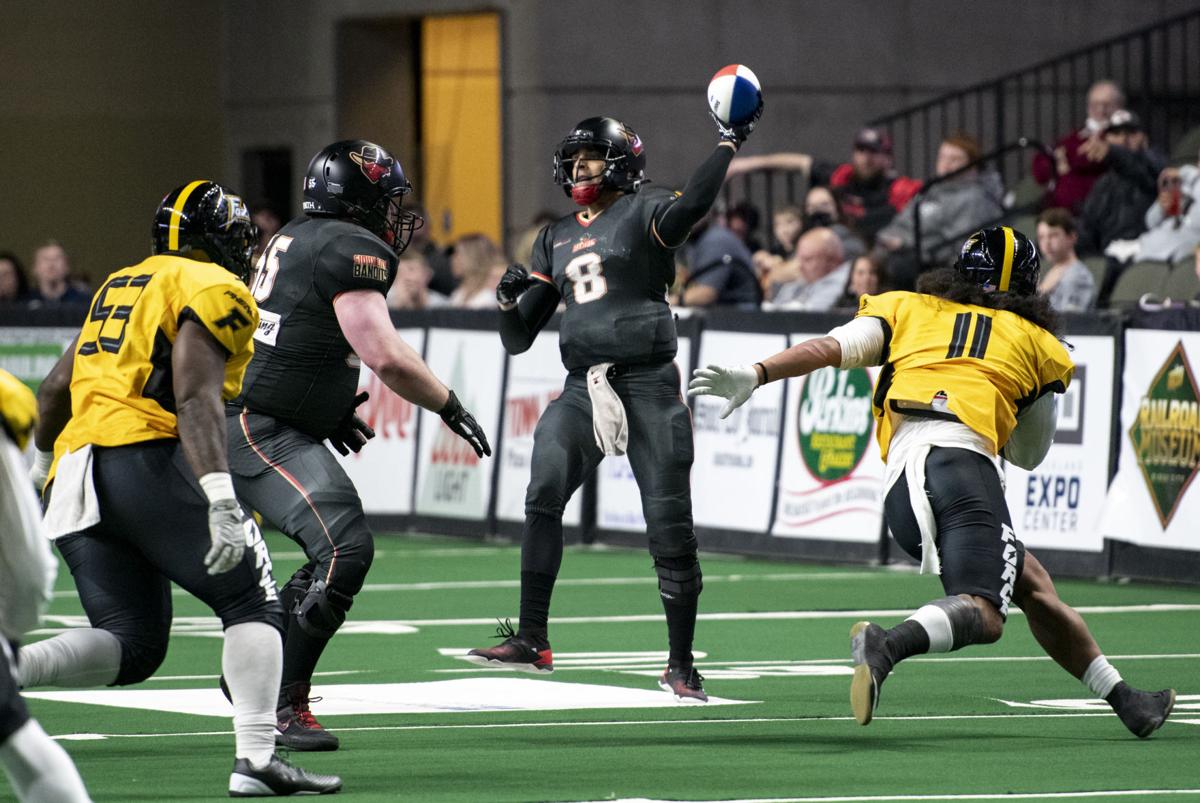 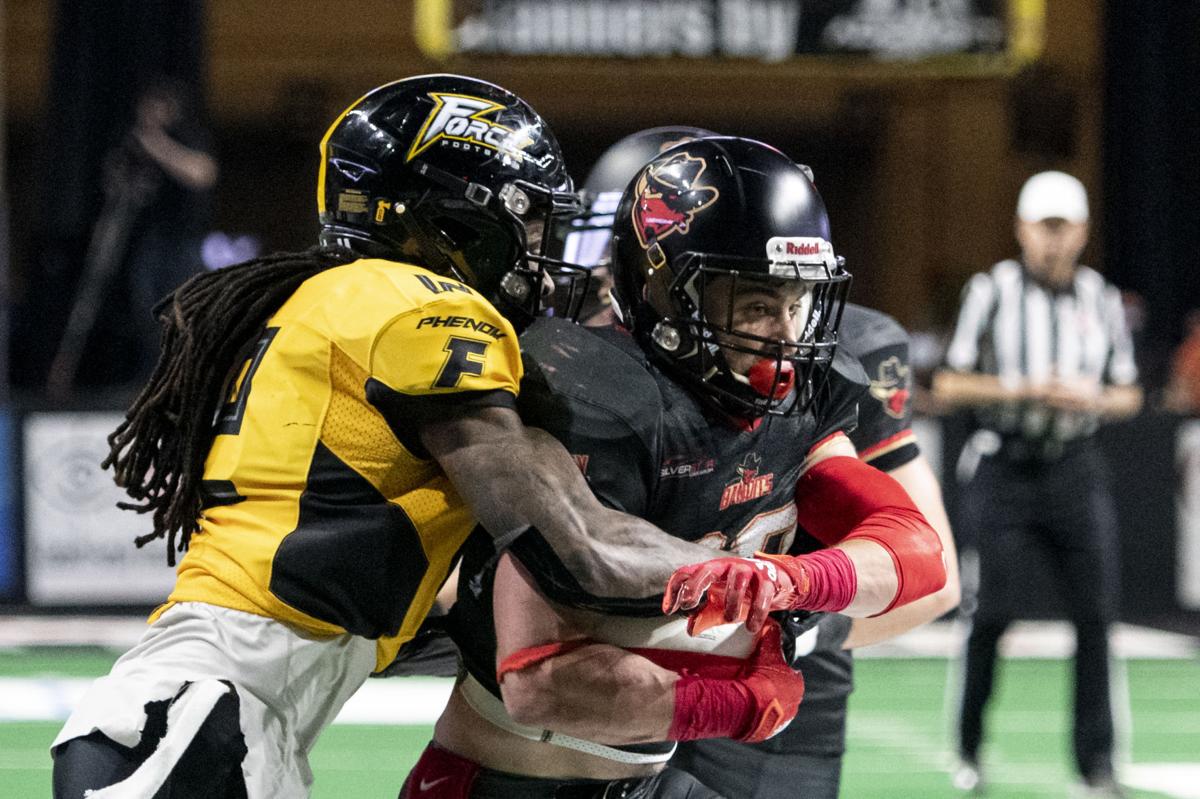 The Sioux City Bandits dropped their first game of the season on Saturday night, as the Bandits fell to Salina on the road, 53-24.

Sioux City scored first, as veteran offensive star Fred Bruno took a handoff 18 yards into the endzone for a 6-0 lead with 11:36 left in the first quarter. But after that score, Salina hit back with 26 consecutive points, before the Bandits could get back on the board.

One minute into the third quarter, Kamal Cass scored on a five yard touchdown run, and the two-point conversion pass from Zac Ely made the score 26-14 in favor of Salina.

After two more touchdowns by the Liberty, Sioux City scored again, this time on a 9-yard touchdown pass from quarterback Daniel Smith to Branden Meints. After the 2-point conversion, the Bandits trailed by 18 points, at 40-22.

Salina out-earned Sioux City in total offense, 224 yards to 183. The Bandits finished with just 29 net yards rushing, and an average of 1.4 yards per attempt.

The Bandits did shine in the return game, as Xavier Spann, Jeff Mack, and Bruno combined for 109 yards on six returns.

On defense, Claude Davis and Devon Bridges each had one sack, and the Bandits finished with seven tackles for loss.

Sioux City quarterback Daniel Smith had 154 yards passing in the game on 23-of-36 passing, with one touchdown and one interception. For Salina, Tyrie Adams had 169 yards passing and four touchdowns, three of them going to wide receiver Ed Smith. The Liberty ended the game with 169 net yards passing.

With the loss, Sioux City falls to 2-1 in the regular season. The Bandits will play Omaha on Saturday at 4:05 P.M., at Tyson Events Center.

The South Dakota softball team dropped a doubleheader on Sunday to South Dakota State, as the Jackrabbits defeated the Coyotes by scores of 9-1, and 10-2.

In the first game, SDSU pitcher Grace Glanzer pitched six innings and allowed just three hits and one unearned run. Her offense clubbed 12 hits, three of them off Coyotes' starter Gill Woodward, and nine of them off reliever Sarah Lisko.

In game two, Tori Kneische went five innings and allowed three hits and two runs to USD, while Coyotes started Peyton Maher gave up eight hits and seven runs to the Jackrabbits offense. With the loss, USD fell to 12-33 on the season, while SDSU improved to 32-5 overall.

The Briar Cliff softball team split a Sunday doubleheader at Concordia on Sunday, as the Chargers dropped their first game to the Bulldogs 8-0, and bounced back with a 5-3 victory in game two.

In the nightcap, Chargers' starter Mailee Jensen went seven innings and gave up eight hits and three earned runs. The Briar Cliff offense put up five runs of support on 10 hits, while only striking out once.

The win boosted Briar Cliff's record to 18-22 on the season.

The South Dakota women's golf team is currently in fourth place going into the final round of the Summitt League Championships. Junior Laerke Jensen is currently atop the leaderboard for the Coyotes, at 10th place overall.

USD shot 342 in Sunday's round, and has a team score of 646. Denver is currently in first place at 614, with South Dakota State in second at 617, and Oral Roberts one spot ahead of the Coyotes at 643.

The Sioux City Musketeers beat the Fargo Force on Saturday, 4-1, to clinch third place in the USHL West.

On Saturday night, Sioux City ended its regular season with a bang. The Musketeers took down Fargo for the second consecutive game, this time …

'He’s just electric out there:' On and off the field, Claude Davis is making a difference

SIOUX CITY — Two weeks into his Sioux City career, Claude Davis is already proving to be quite the addition to the Bandits’ defensive line.

Whether by air or by land, the Northwestern College football team has found a way to win this postseason.