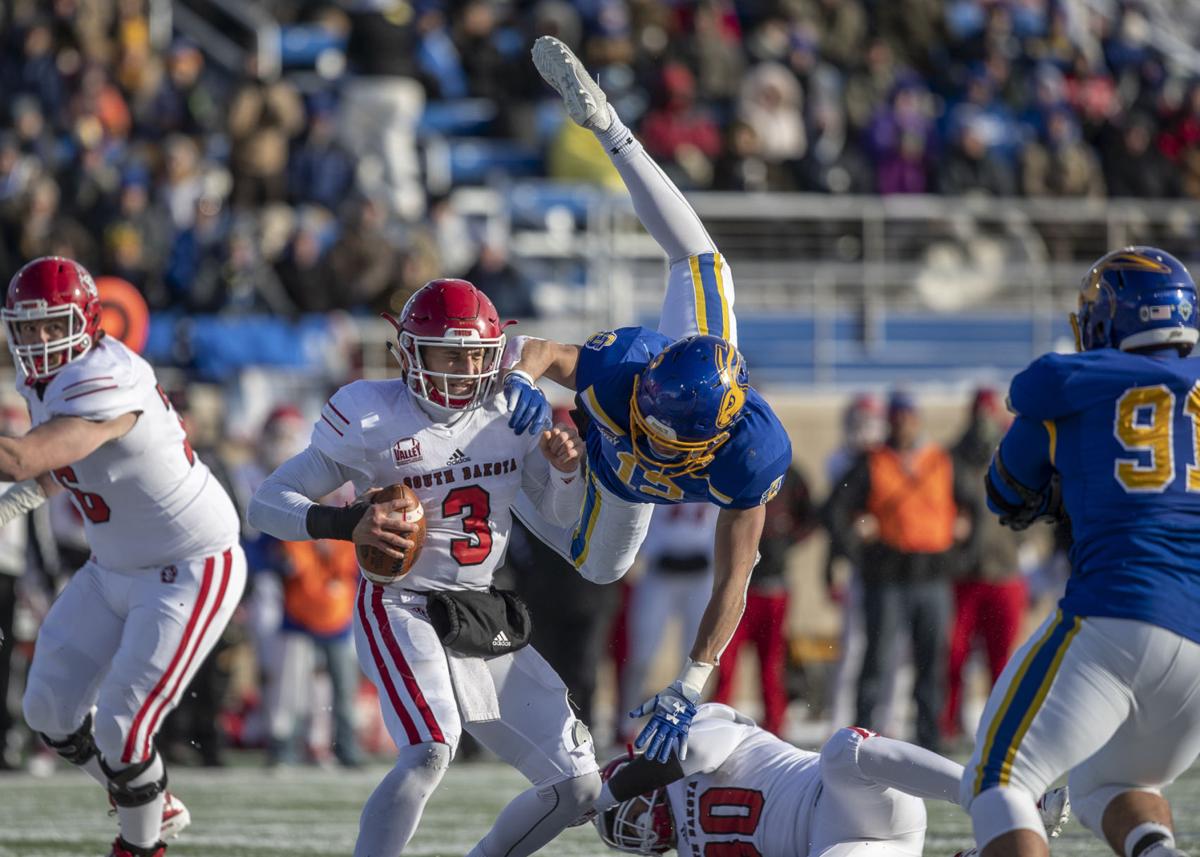 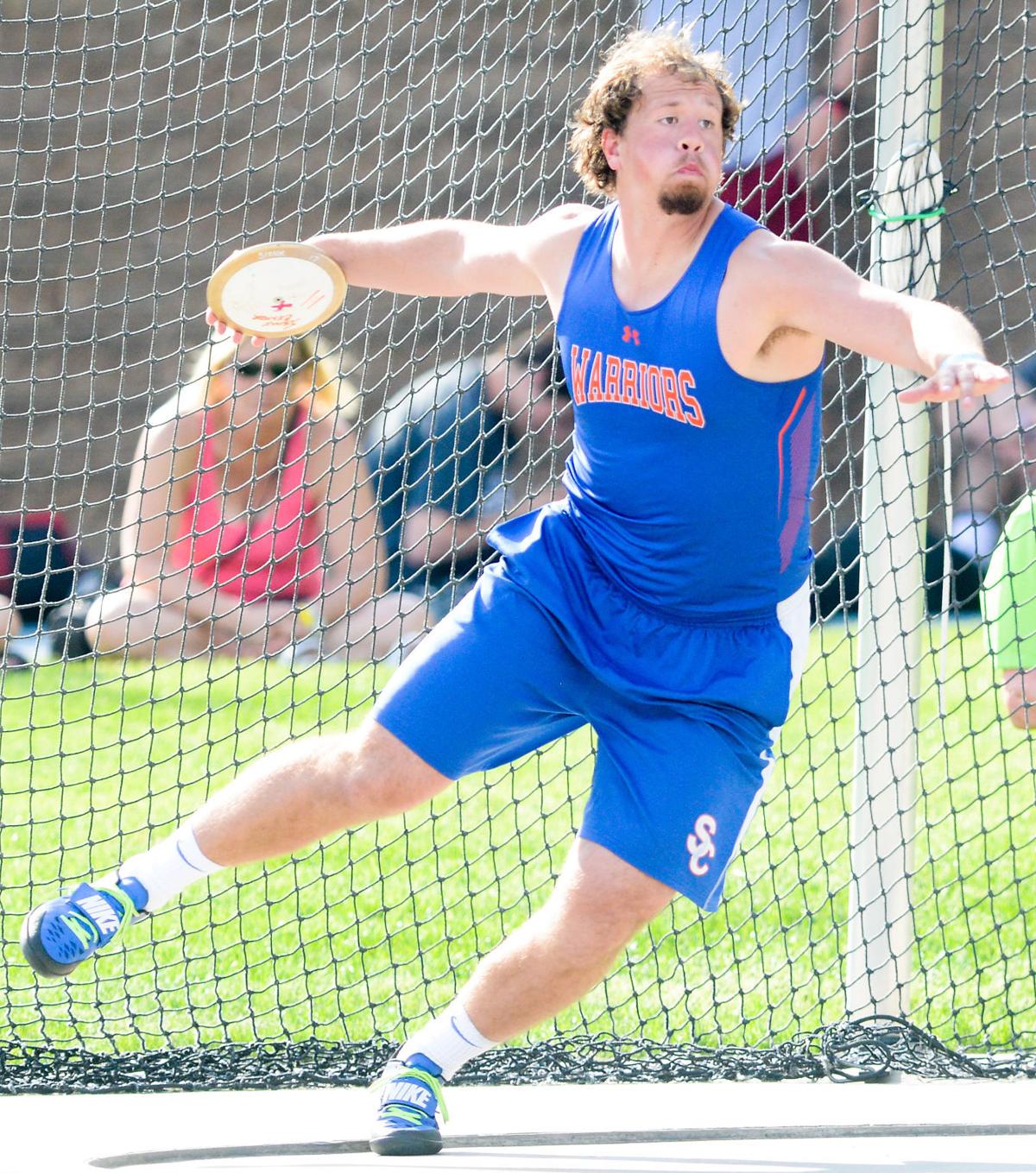 Sioux Center's Trajan Walhof makes a throw in the 2018 Class 2A discus throw during day two of the 2018 Iowa High School Track and Field Championships in Des Moines. Walhof is on SDSU's football team, which plays for a national championship this weekend.

On Sunday afternoon, the Jackrabbits will take on No. 4 Sam Houston State for the Football Championship Subdivision (FCS) national championship at 1 p.m., the final game in what has been a challenging 2020 season.

Twice this year, the Jackrabbits had their game cancelled due to COVID-19 protocols, and with the season pushed back to the spring because of the pandemic, the team spent the fall doing walk-throughs and practices, unable to play actual games.

But this weekend, all of those frustrations will melt away, as SDSU plays for the first national title in program history.

It won’t be easy, as the Jackrabbits play a No. 4 ranked Bearkats team that battled back from a 24-3 halftime deficit to beat No. 1 James Madison in the national semifinals, 38-35. Sam Houston State is led on offense by quarterback Eric Schmid, whose 2,599 passing yards this season is the second-highest in the FCS.

The Bearkats offense currently ranks No. 7 in the nation with 39.1 points per game.

“They’re an explosive offense. They’ve got a lot of big plays, and they’re pretty good on special teams. They can score fast, and can change games pretty quickly,” senior linebacker Logan Backhaus said. “After last week, when they were down 24-3, I'm sure a lot of people wrote them off, and they scored 21 points in two minutes. That’s something that we all season have focused on. Once we get the lead, stay on the gas and keep moving forward, and don’t let up until the game is over.”

“I think that is going to be very important this week.”

Backhaus, who is from Spirit Lake, is one of four Siouxland-based athletes who will be playing in the game, the others being offensive lineman Trajan Walhof of Sioux Center, defensive tackle Ryan Van Marel of Sheldon, and linebacker Davion Sterner, a West Lyon graduate.

Backhaus is one of five senior captains heading the Jackrabbits to a potential team title.

According to head coach John Stiegelmeier, one thing that separates Sam Houston State from the other opponents his team has played, is its speed.

While their opponent is one of the best football teams in the country, South Dakota State has plenty of reason for optimism too, the top one being their stifling defense. The Jackrabbits defensive unit ranks third in the country with an average of just 14.11 points allowed per game, and average of 4.34 yards per play.

On offense, the Jackrabbits will have to deal with a Sam Houston defense that has 37 team sacks on the year, and ranks third in the nation with 4.11 sacks per game.

Along with their strong defensive play, Backhaus says that the Jackrabbits’ mental strength has been a big reason for their success. He credits much of that strength to SDSU mental performance coach Kris Kracht, who he says has helped the team push through adversity this season, whether it had to do with COVID, or moments where the team was trying to battle back from a late game deficit.

“During those games, no one on the sideline is down or feels like we’re going to lose," Backhaus said. "We’re all confident, and I feel like that has a lot to do with how ( Kracht) has been helping us train our mental strength, helping us to block out all the static, block out all the stuff around us, control what we can control, and what we need to do to be successful.”

Despite the challenges they have faced, Stiegelmeier says that this year's team is the closest he has ever coached, evidenced by the fact that a large number of players got together during Christmas vacation to train at the team facility, a time when they weren't allowed to have contact with the coaches.

"That is a group that is committed to each other," Stiegelmeier said. "We had 89 guys here in December for three weeks. And they came back a week before school started, so four weeks of their vacation, they gave to their brothers. Is it the speed, strength, or height? No. It's the heartbeat of the football team."

'We're going to have fun this year:' Explorers are eager to start season after 19-month layoff

On Tuesday night at Mercy Field, everybody got to come home.

Nebraska approves girls wrestling as a sanctioned sport for 2021-22

SIOUXLAND ATHLETE OF THE WEEK: Spencer senior Kirsten Small is 'fearless' on the pitch

After losing out on her junior season, Spencer senior Kirsten Small has stepped up as a leader for the Tigers this year.

Sioux City, IA – After an afternoon of wet weather The Explorers did not let a thirty-minute delay to the start of the game get to them as thr…

The Iowa State Track and Field meet kicked off on Thursday morning at Drake Stadium in Des Moines, with many Northwest Iowa athletes competing…

Sioux Center's Trajan Walhof makes a throw in the 2018 Class 2A discus throw during day two of the 2018 Iowa High School Track and Field Championships in Des Moines. Walhof is on SDSU's football team, which plays for a national championship this weekend. 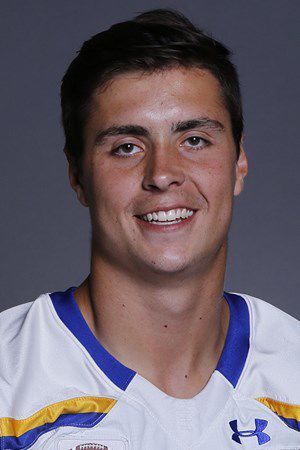