LARCHWOOD, Iowa -- Each team threw out a potential winning run at the plate. Both teams made key defensive plays to end rallies and each pitcher got out of jam after jam.

But in the 13th inning, Class 1A No. 8-ranked Akron-Westfield barely got its run in to break a 1-1 tie that had lasted since the fifth inning against Class 2A No. 8-ranked West Lyon.

With one out in the top of the 13th inning with Natalie Nielsen at third, Megan Meinen hit a chopper in between first base and home.

Nielsen came charging home and the umpire ruled her foot touched home plate before she was tagged, giving the Westerners a 2-1 lead.

West Lyon did get a runner to second with one out in the bottom of the 13th, but Jaden Harris made a diving catch at short to keep Akron-Westfield undefeated at 11-0 with the 2-1 marathon win.

West Lyon suffered its first loss and is 8-1.

Akron-Westfield threatened in the first inning as Katie Johnson led off the game by getting hit by a pitch. She was sacrificed to second and got to third with two outs. With runners on second and third, Kennedy Kramer struck out Natalie Nielsen to get out of the jam.

In the third inning, Johnson led off with a single and with one out, Hailey Wilken singled to right field. Johnson tried to go to all the way to third but was thrown out and the Wildcats got out of the inning.

The Westerners threatened again in the fourth when Nielsen led off with a single. Two wild pitches landed her at third with one out.

Once again, the Wildcats got out of the jam. Shortstop Mallory Gramstrad caught a screaming line drive for the second out and centerfielder Evy Knoblock tracked down a low line drive to end the inning.

Akron-Westfield was finally able to break through in the fifth, this time with two outs. Jaden Harris singled to center and then stole second. Wilken followed with a single to left to score Harris from second easily for a 1-0 Westerners lead.

The Wildcats answered right back in the bottom of the fifth. Shay Langenhorst reached on an error and went to second on a groundout. Gramstad then hit a groundball to short but it was thrown away as the Westerners tried to get Langenhorst at third.

Nielsen got a strikeout but the Wildcats were still able to tie it up when Taylor Rentschler hit one up the middle to score Langenhorst to make it 1-1. It was only West Lyon’s second hit of the game.

Nielsen got a groundout to leave Gramstad at third to end the fifth inning.

The Westerners put the first two runners on to start the seventh but Kramer got a force out at third, a flyout and a groundout to get out of another jam to keep the game tied.

Then in the eighth, Akron-Westfield had runners on first and second with one out but Chloee Colt was caught too far off second for the second out. Megan Meinen went to second on the rundown and tried to score when Aubrie Hartman singled to left.

Langenhorst’s throw from left was right on the mark and Rentschler tagged out Meinen to keep the game tied at 1-1.

West Lyon had its chance to end the game in the bottom of the eighth with runners on first and second with only one out. Nielsen got a strikeout and even though runners advance based on a wild pitch, Nielsen then got a flyout to deep center to keep the game tied at 1-1.

Autumn Bundy led off the ninth for Akron-Westfield and reached on a throwing error by third baseman Randi Childress. But with Bundy on second with one out, Childress fielded a sharp ground ball and got the out at first. Then another sharper grounder was hit to Childress and she got the third out on the throw to first to keep the game tie at 1-1.

West Lyon fell short of ending the game in the 10th. Childress reached base on an infield single. She later made it to third and with the bases loaded and two out, Kramer hit a short fly ball to right field. Megan Meinen charged in and dove, just getting to it in time to catch the ball for the third out.

In the bottom of the 11th, Langenhorst reached on an error and went to second on Gramstad’s infield single with one out. Childress followed with a single to center and Langenhorst tried to score. Colt’s throw was on the mark as Alayna Mullinix made the tag to keep it a 1-1 game. Nielsen got a groundout to send the game to the 12th. 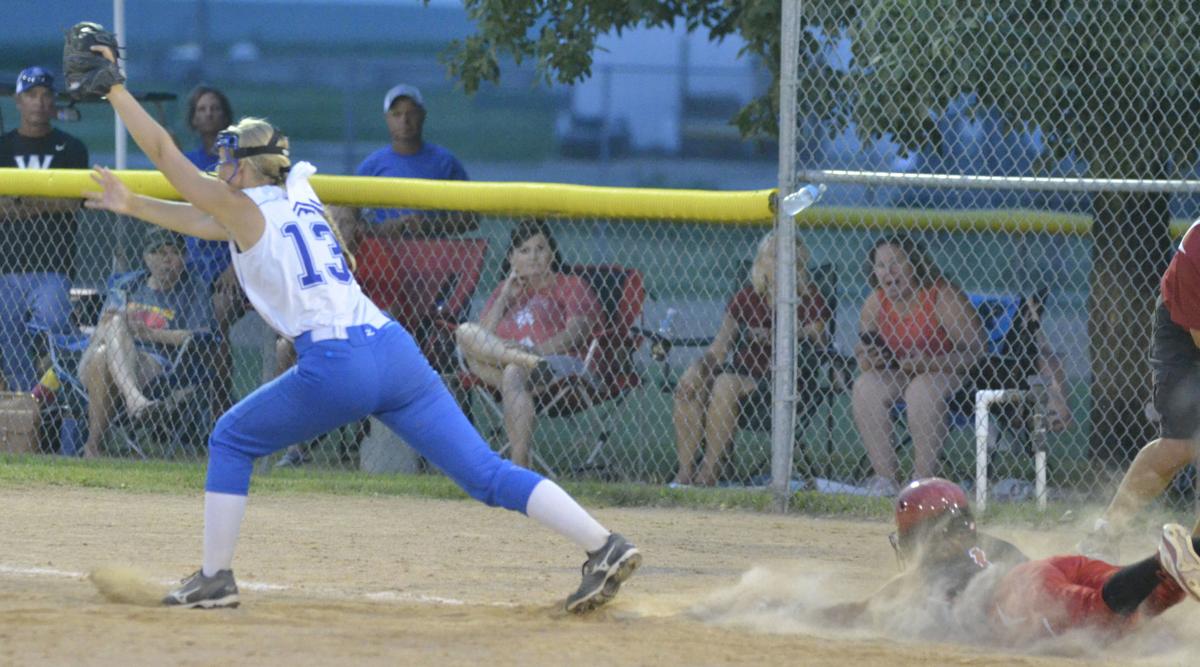 West Lyon's Taylor DeJong stretches to make the catch at first base just in time before Akron-Westfield's Megan Meinen can slide in during the 10th inning of Tuesday's softball game in Larchwood, Iowa. 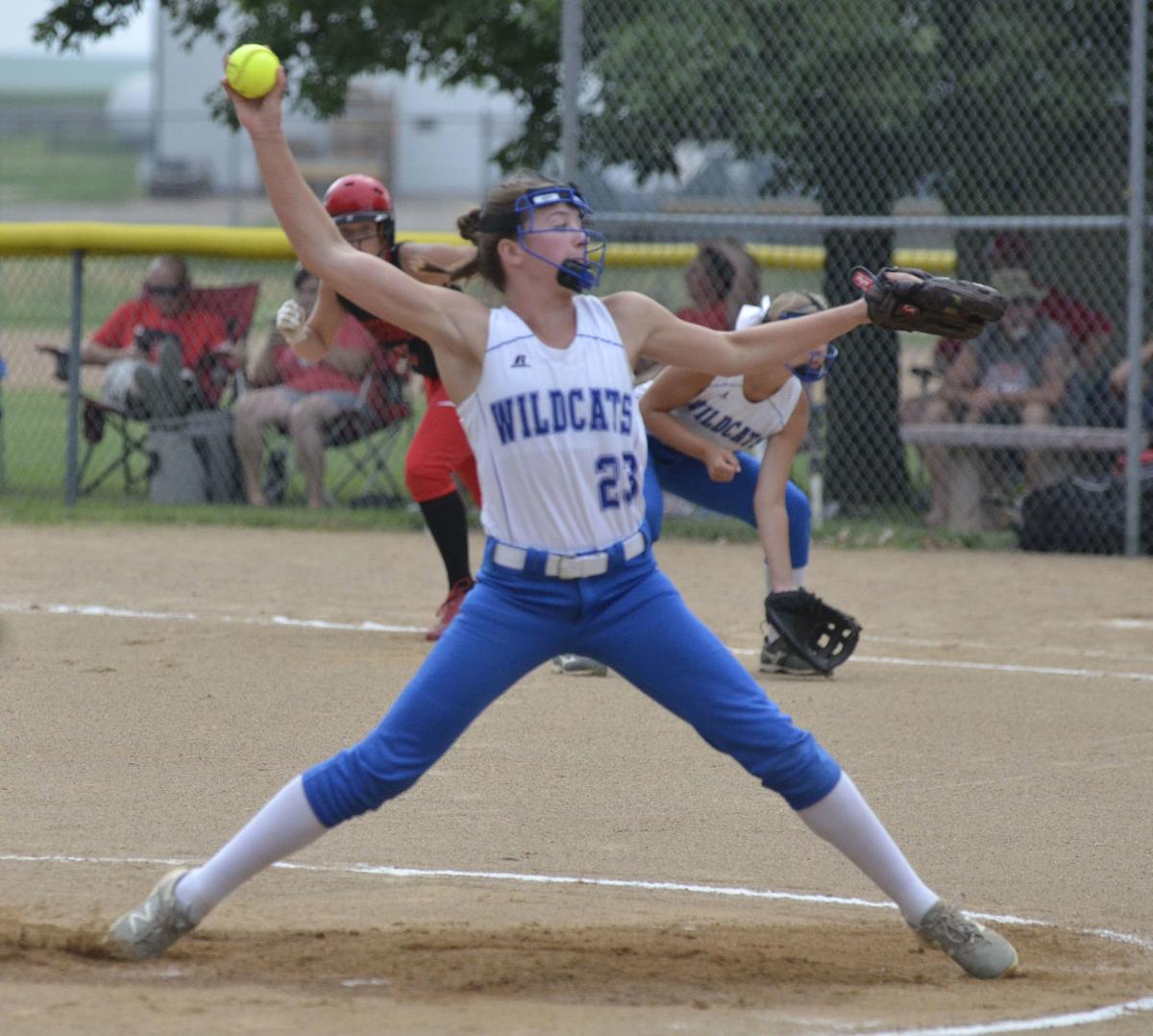 West Lyon's Kennedy Kramer delivers a pitch in the first inning during Tuesday's softball game in Larchwood, Iowa, against Akron-Westfield. 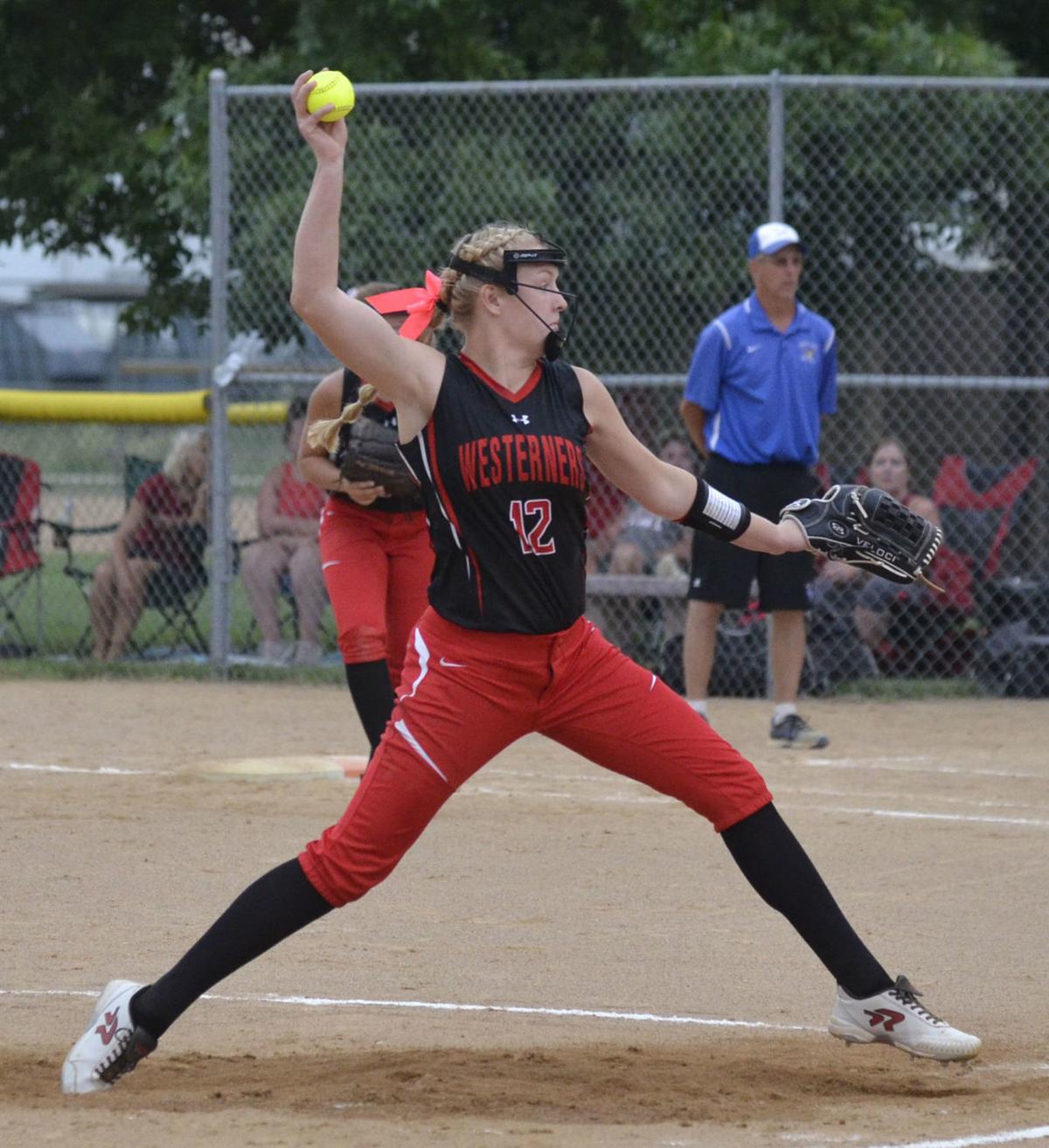 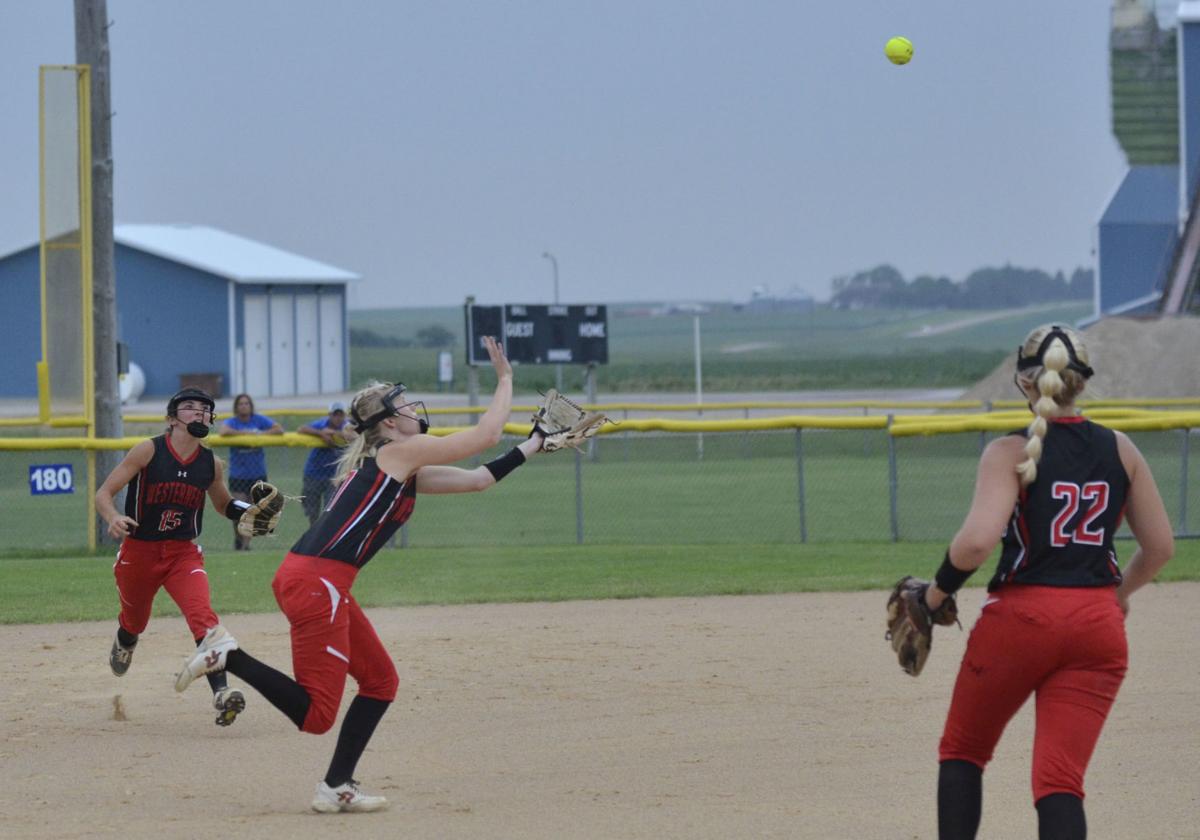