The Remsen St. Mary’s baseball team is the state’s No. 2 ranked squad in Class 1A, and when you watch them play in person, it is easy to see why. Whether at the plate, on the mound, or on the base paths, the Hawks can seemingly do it all.

On Tuesday night at Riverview Park in Le Mars, Remsen St. Mary’s improved to 4-1 on the young season with a 13-3 victory over Gehlen Catholic, as a huge day at the plate from senior Blaine Harpenau boosted the team to a dominant win.

The Hawks started the scoring immediately, scoring their first run in the top of the first as pitcher Carter Schorg reached base on a leadoff single, and later scored on a throwing error from Gehlen Catholic shortstop Connor Kraft.

In the third inning, Remsen St. Mary’s extended their lead with four runs on three hits, and two walks. After Schorg led off the inning by reaching base on an error, Harpenau hit a towering home run over the left field fence to give the Hawks a 3-0 lead.

The next batter, Xavier Galles, reached base on an intentional walk, and later scored on a 6-5 fielder’s choice. Three batters later, third baseman Alex Schroeder drove in sophomore Cael Ortmann with an RBI single, and the Hawks took a 5-0 lead in the top of the third.

In the bottom half of the third, Gehlen Catholic finally got on the board with a two-run home run from senior left fielder Zach Kraft, but the Hawks added another in the fourth on a bases loaded walk from center fielder Jeremy Koenck.

In the bottom of the fourth, the Jays got three straight one-out hits, the final one an RBI single from catcher Keaton Logan, to pull with three runs at 6-3, but stranded two more runners as Schorg escaped further damage.

The Hawks finally blew the game open in the fifth inning, adding four more runs on four walks and four hits, one of them an RBI double from Harpenau, his third base hit of the game.

“This year, I’ve just been able to hit the ball well,” Harpenau said. “I’m just trying to go to the plate and react to what I see, and not think as much. I think that is really helping me a lot.”

On the mound, Schorg pitched five innings for the Hawks, allowing three runs on six hits, with six strikeouts. Through two starts, Schorg has 10 k’s.

“Carter shut out Hinton in his first start, and tonight, aside from the one inning, he was on,” Remsen head coach Dean Harpenau said. “He’s definitely falling into the No. 2 spot for us, and looking good. He is really good. He is really crafty, and that is what I enjoy about him.”

With the win, the Hawks rebounded from their 5-4 loss to Humboldt this past Saturday, and will play again on Wednesday, at West Sioux.

The loss snapped a two-game winning streak for Gehlen Catholic, and dropped the Jays to 3-3 on the season. They will play at home again on Wednesday, against Hinton.

Bailey Baccam needed to prepare his penalty kick Tuesday just like it was any other kick.

Bats quiet as Explorers drop one to Milwaukee

Franklin, WI — After a five run outburst in the ninth inning the previous afternoon, the X’s bats were quiet on Tuesday night as they dropped … 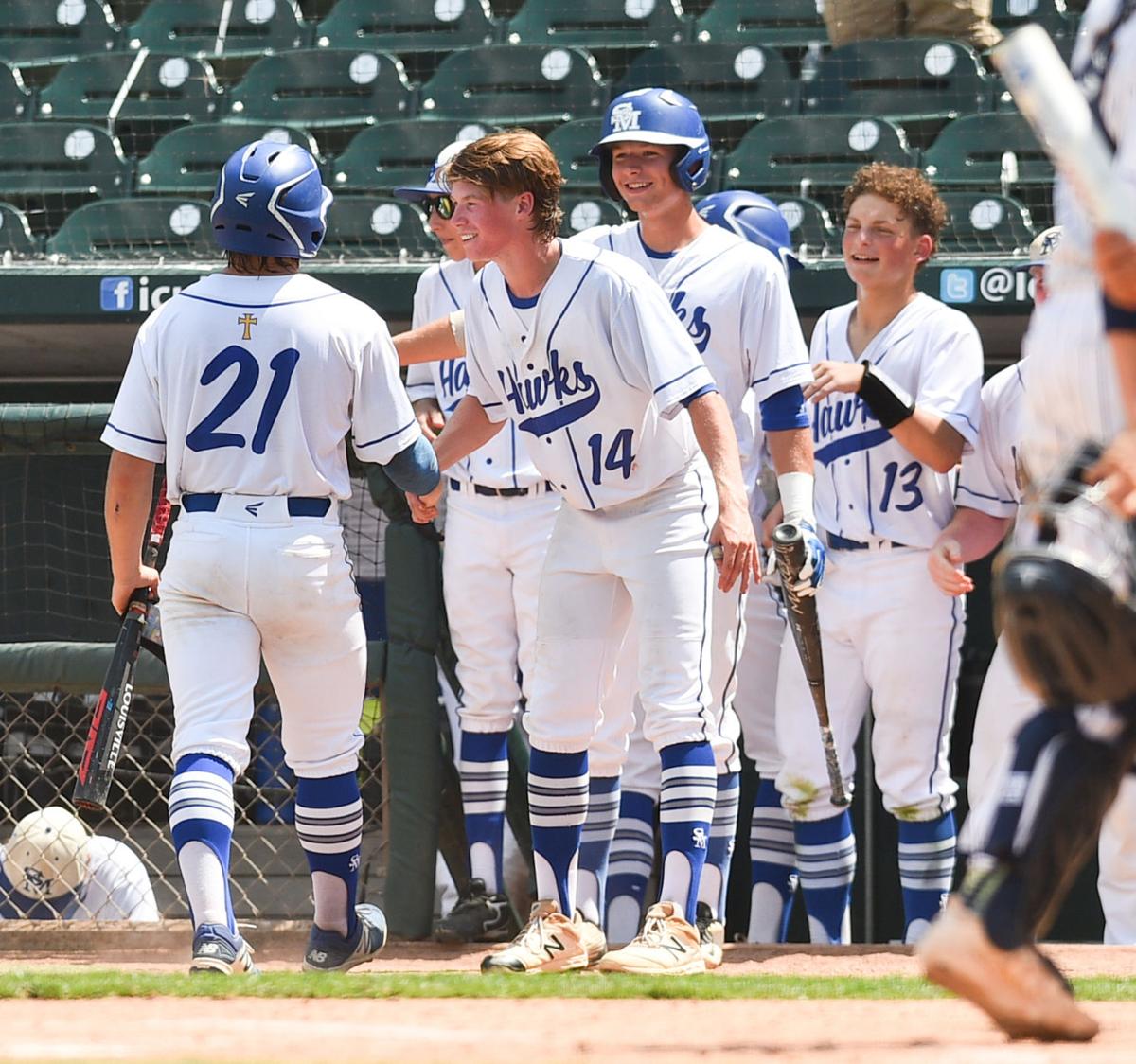 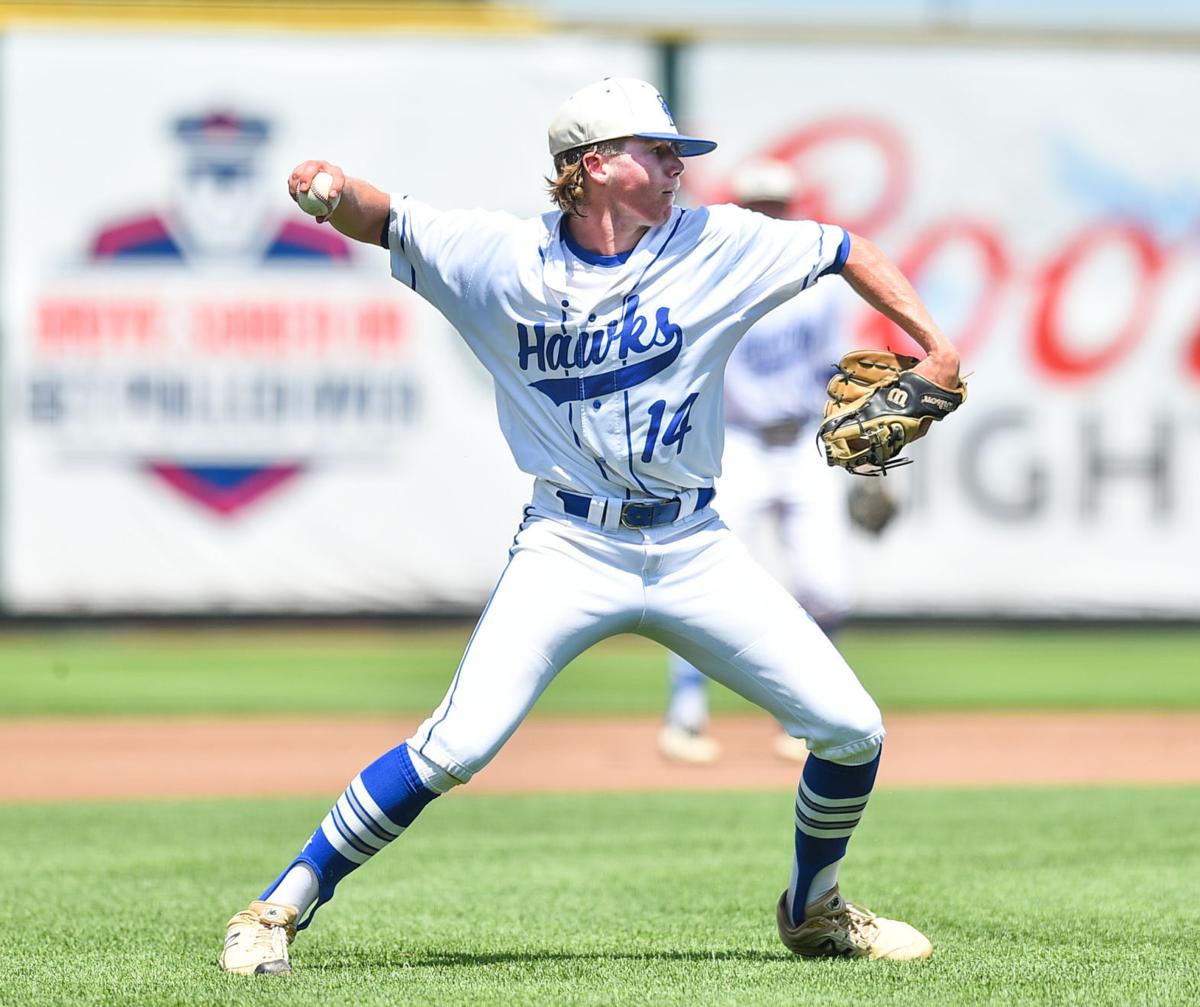 Remsen St. Mary’s Blaine Harpenau (14) throws out a Burlington Notre Dame batter at first base during the Class 1A quarterfinals at Principal Park Saturday, July 25, 2020, in Des Moines.