SIOUX CITY — Carter Pinney suffered a quadricep injury earlier this school year, but he wasn’t going to let that hinder him from playing baseball.

The baseball field — in the summertime, anyway — is Pinney’s happy place.

Pinney is all smiles as he winds down his time at North High School, and the Stars senior is playing a vital role for his team. He is this week’s Metro Athlete of the Week.

Pinney suffered that injury while doing a workout on the campus track, and even though it has hindered his skillset, sitting out wasn’t an option. He wanted to play baseball.

“I just had to make out the best of the situation and still have fun,” Pinney said. “I have a blast being out there with my teammates and that’s why I still go out there. I wouldn’t trade it for the world.”

The Morningside basketball signee wanted to play baseball so badly, he was willing to make a position change.

Stars coach Nick Tillo was going to keep Pinney in centerfield, but because of the injury, Tillo moved him from the outfield to first base.

First base was a position Pinney played when he was younger but it had been a while.

Tillo put Pinney there because of his athleticism.

“We needed to put him somewhere and he accepted that role,” Tillo said. “I don’t know as a freshman or sophomore that he would have agreed to play infield, but he wants to play wherever. He’s a natural outfielder, but having him over at first is huge. Putting him over at first, you can throw that ball anywhere, and he’s got a huge range.”

Pinney also said how much he’s having fun with teammates who want to be out on the field just as much as he does.

Even though the win-loss record perhaps isn’t where he and the Stars want it to be, Pinney has enjoyed playing this summer moreso than in past seasons.

Pinney is North’s only hitter with a .300 batting average or better. He entered Tuesday’s games against the Stars with a .354 average and a .398 on-base percentage.

“He’s our No. 1 guy and we can count on him to start us off with something,” Tillo said. “He’s a line-drive hitter. He’s athletic, so he’s never going try to kill it. He’s so consistent with a good approach. I think he’s grown and learned to be that leader. He leads by example. He shows no pressure.”

Tillo said Pinney’s big key on the mound has been finding the strike zone and taking command of his pitches.

According to the Stars coach, Pinney has gotten at and above 80 miles per hour with his fastball, and that complements his offspeed stuff.

“He can throw that fastball for a strike and he can throw his second pitch for a strike,” Tillo said. “The one big thing is he pounds the zone and in high school, that’s huge. I don’t think there’s been a game where we had to pull him because of pitch count. He’s able to go all seven or however long we need him to.”

Pinney signed with the Mustangs on May 16, and committed earlier during the basketball season.

“That was a big relief and it was something I needed to do,” said Pinney with a laugh. “I’m excited for Morningside.”

Pinney’s reasoning to sign with the Mustangs: He’s a Sioux City boy, and he wanted to keep his talents here.

Pinney’s parents took him to Allee Gymnasium to watch the Mustangs and it’s a college team Pinney simply grew up to love.

So, getting the chance to put on the maroon uniform and play for a coach like Trent Miller was a no-brainer.

“The ultimate goal is to work my way up to varsity,” Pinney said.

On the basketball court, Pinney scored 12 points per game on 36 percent shooting.

Holly Duax, West track and field: The four-time 2022 champion finished 10th at the 100-meter dash at the Nike Nationals in Eugene, Oregon.

WATCH NOW: Now at the University of Iowa, a stellar second season has Bishop Heelan grad Amber Aesoph fired up for future

Just in two seasons, Amber Aesoph has already seen what she is capable of inside the University of Iowa running program. She showed herself this past track and field season just how good she can be if the Bishop Heelan High School grad continues on her trajectory.

Here's what the Class 1A, Class 2A baseball district pairings look like 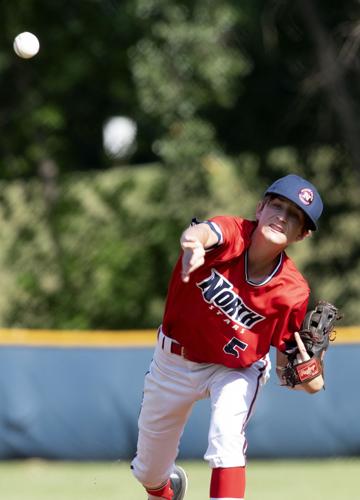 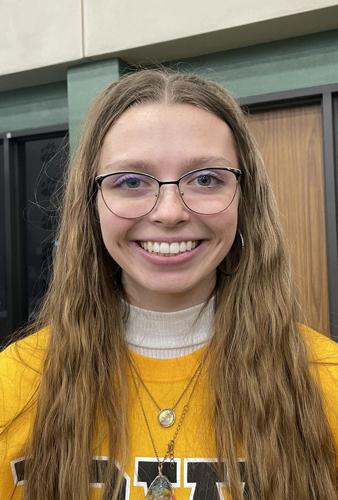