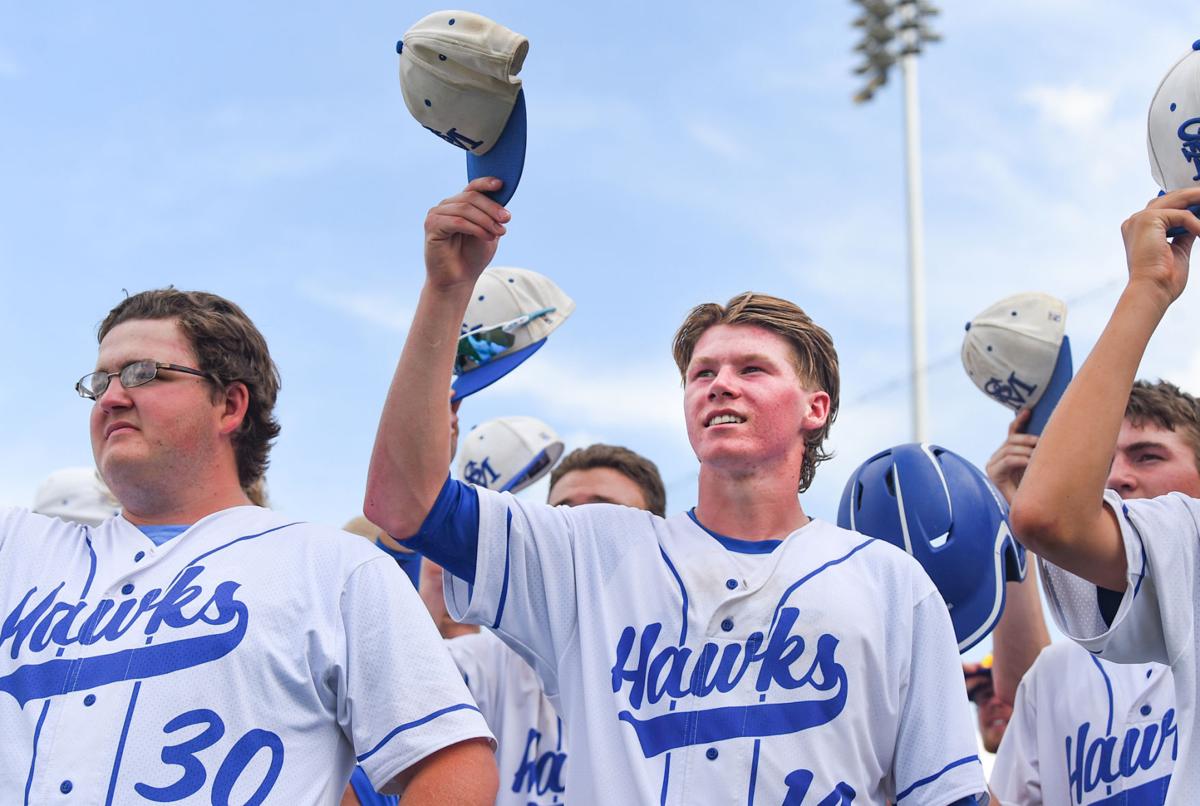 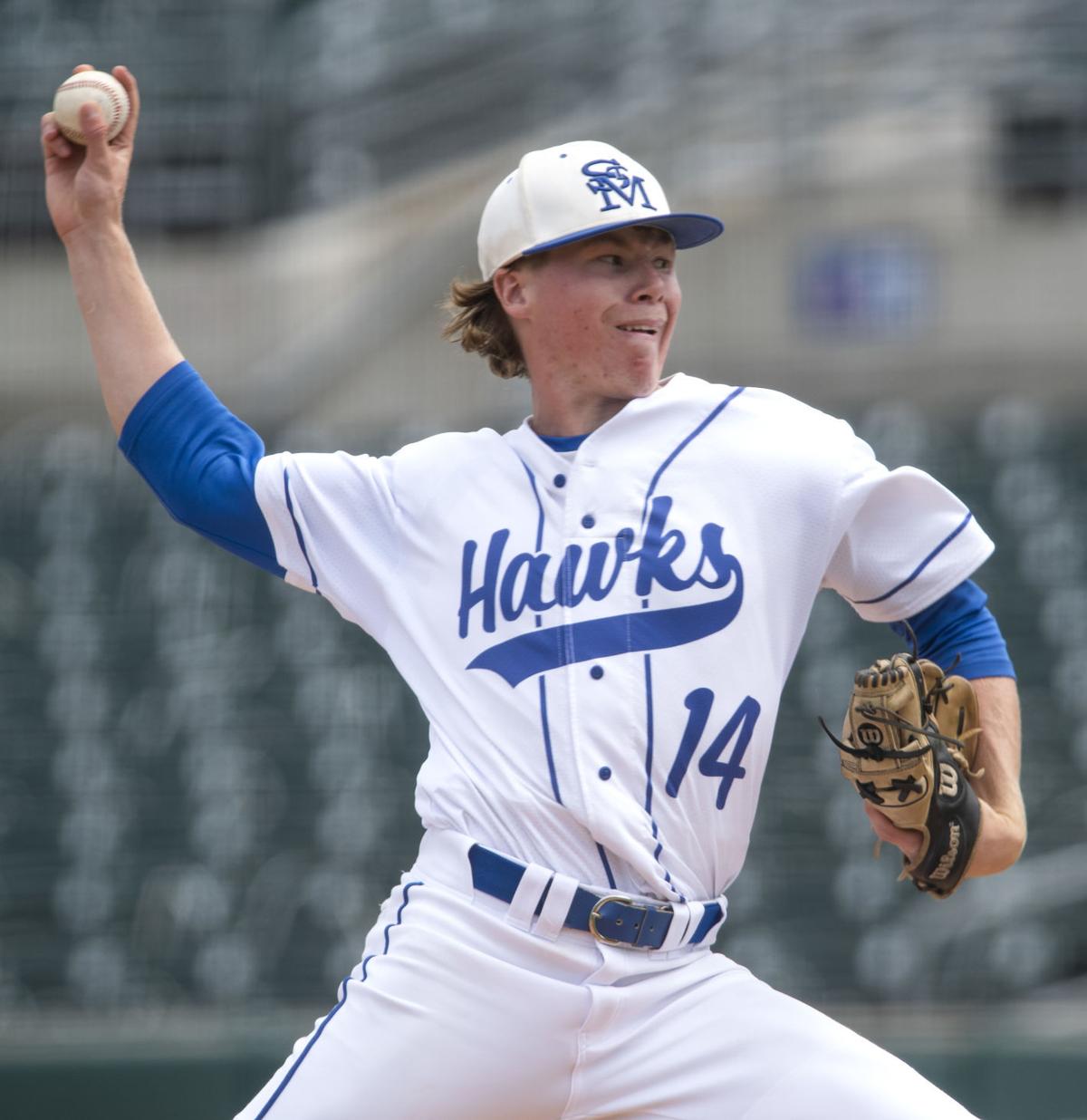 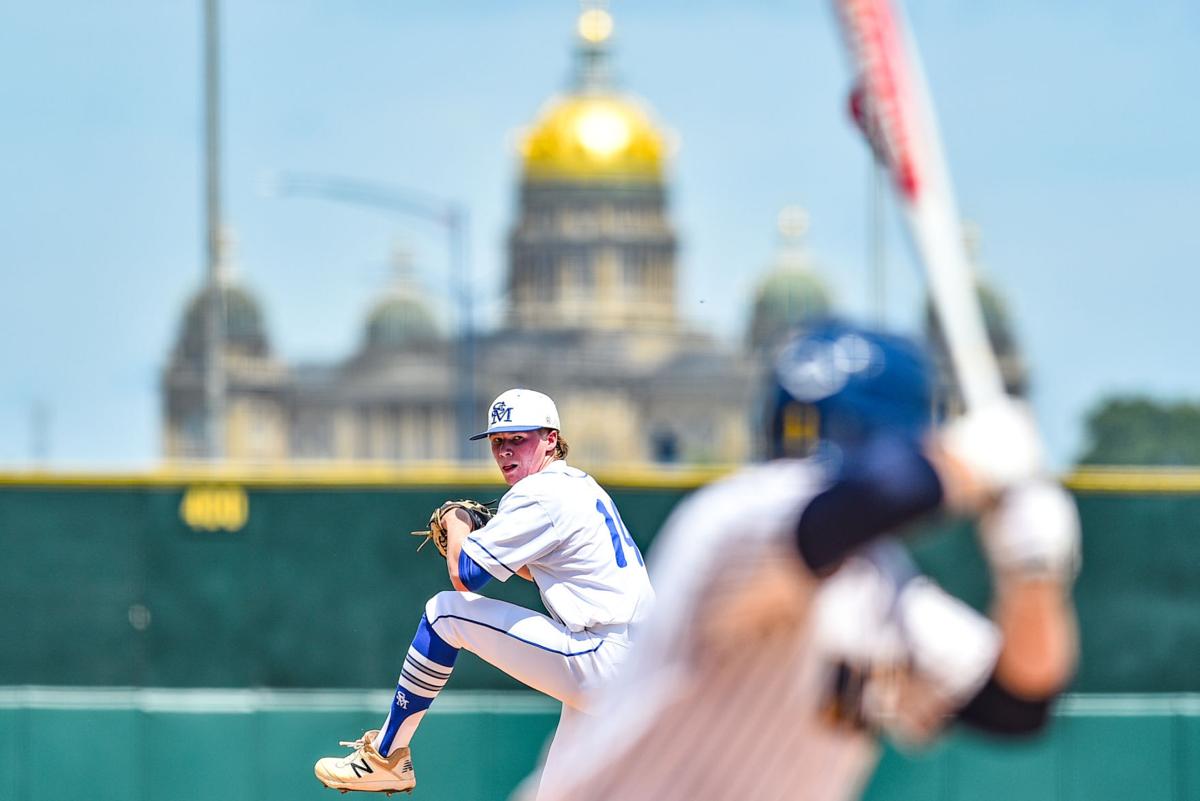 Harpenau had a year for the ages on the mound for the Hawks, putting up a 0.12 ERA, a 0.64 WHIP, and a .122 opponent batting average, with 108 strikeouts compared to 14 walks, and only one earned run allowed all season.

Those are some pretty legendary stats, but Harpenau doesn’t feel too much pressure to do it again.

He has already allowed more runs this season than he did in 2020, but he can be forgiven for that. He knew those stats last year were going to be hard to match.

“Obviously, there is always room for improvement,” Harpenau said. ‘But those stats are tough to match. I’m just going to going out and try to do my best, give our team a chance to win every time I get on the mound, and try to minimize mistakes.”

On June 1 against Gehlen Catholic, Harpenau crushed the ball in the Hawks’ 13-3 win, going 4-for-5 with two doubles, a homer, two runs scored, and five RBI.

After the game, his head coach could only laugh at the numbers his senior standout had produced.

“This year, he is on fire,” coach Dean Harpenau said. “A lot of it is strength. He is a year older, and I’m seeing that in some of our guys. I really believe that is part of it. Just maturity, and understanding the game more, and the game is really slowing down for him.”

Dean Harpenau is also Blaine’s father, so he has been there for every step as his son has become one of the state’s most dominant players in Class 1A. The toughest part of being such a heralded player, according to the coach, is that everybody now seems to expect perfection from him.

“It’s become harder because umpires sometimes think that it needs to be perfect,” Dean Harpenau said. “Maybe they give the inch out, and they give it to the other side, but not him. They expect him to be perfect. I said, that’s part of it. That’s hard, but you’ve just got to adjust to it.”

One night after his monster game against Gehlen, Blaine Harpenau pitched four innings of two-hit ball against West Sioux on June 2, with no runs allowed and nine strikeouts. Against South O’Brien on June 4, he had three RBIs with a double at the plate. A few days later against Bishop Heelan, he struck out nine batters over six innings of work.

For those performances, Harpenau has been selected as the Journal's Siouxland Athlete of the Week.

Every time Harpenau steps onto the field, it seems, the crowd sees something impressive. But while the accolades have come in droves, the three-time first team All-Stater still has something that he wants to accomplish.

In three of the past four seasons, the Hawks have lost in the state semifinal round In 2020, the Hawks lost to Newman Catholic in extra innings, before the Knights went on to lose to Don Bosco in the state title game.

Harpenau has felt the joy that comes with winning a state title, after leading Remsen St. Mary's to the eight-man football championship this past season. He has never felt that feeling on the baseball diamond before.

“I’ve never played in a state championship for baseball, and we’ve been really close,” Blaine Harpenau said. “It’s not like we’re not good enough to make it there. We know we are, and we’ve made it close. This year, we’ve just got to stay with it, and hopefully we’re able to come through.”

It would be the perfect year for a title in Remsen. This season marks the 100th anniversary of the Remsen St. Mary’s baseball program, a team that has captured seven titles in its history, with the most recent coming in 2016.

Blaine Harpenau was humbled when asked to think about how he stands in a storied program.

The Sioux City East baseball team split a doubleheader on Saturday against Southeast Polk, as the Black Raiders saw their four-game winning st…

SIOUX CITY--The Sioux City Bandits saw a breakout game from their new quarterback, and a dominant performance from their defense on Saturday n…

MINNEAPOLIS (AP) — Michael Brantley had his second four-hit game of the series and drove in four runs, and the Houston Astros had a season-hig…

Railcats rally in second inning to take series from X's

Gary, Ind.– A four run second inning was all the Gary SouthShore RailCats needed to beat the Sioux City Explorers on Sunday in the rubber game…