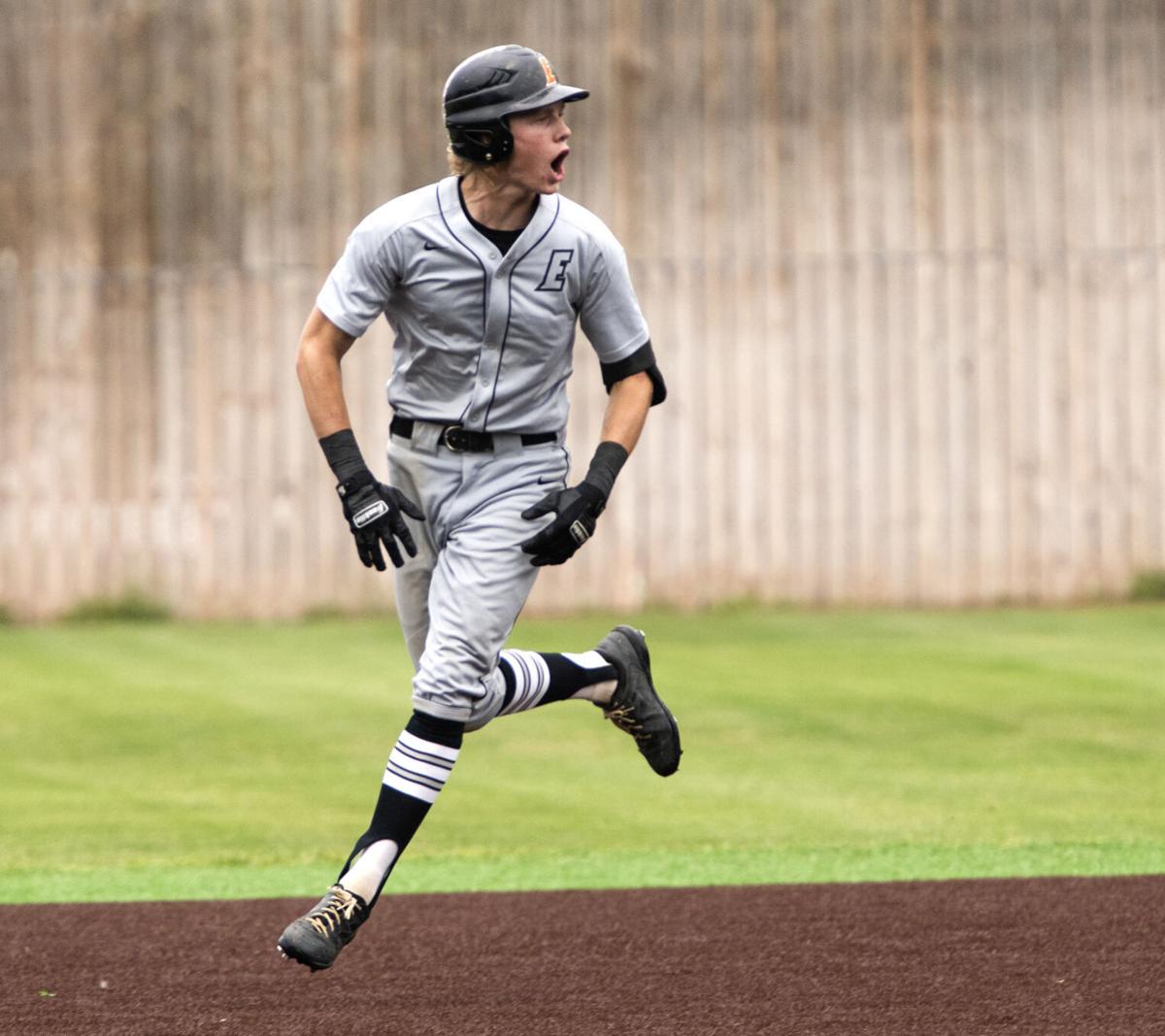 East's Cam Riemer reacts to hitting a solo home run in the first inning during the first game of an East vs Heelan baseball doubleheader played July 6 at Bishop Mueller Field. 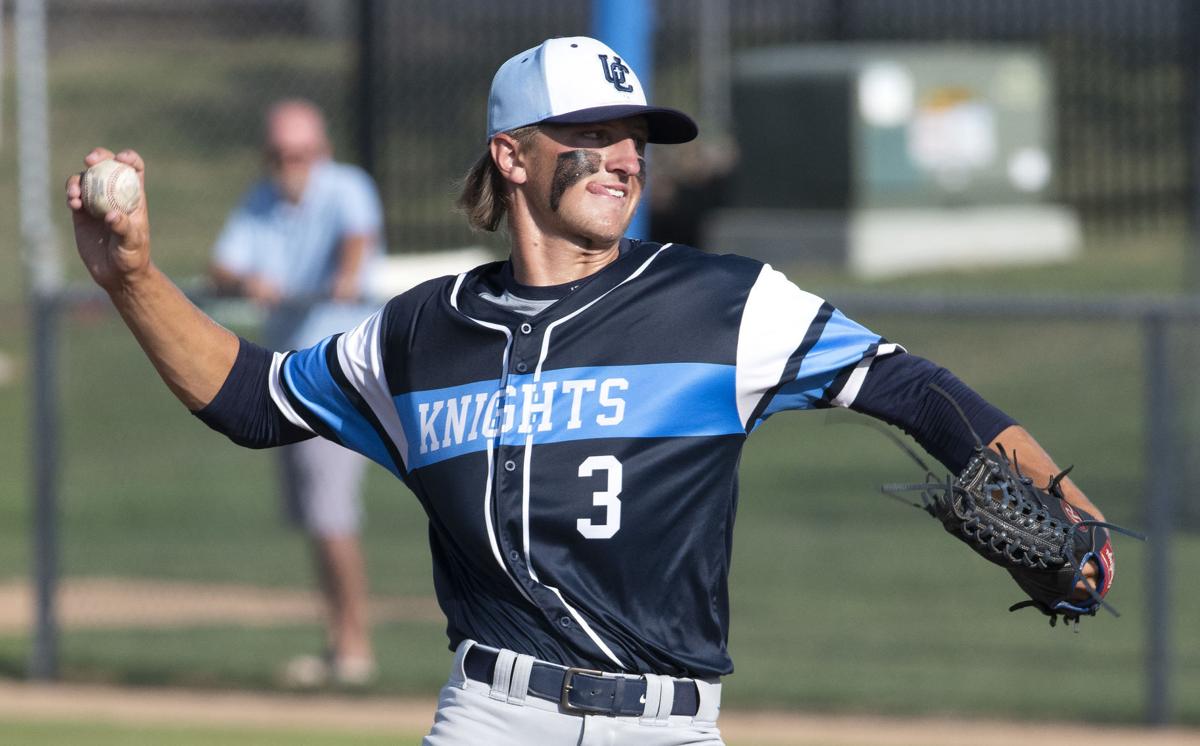 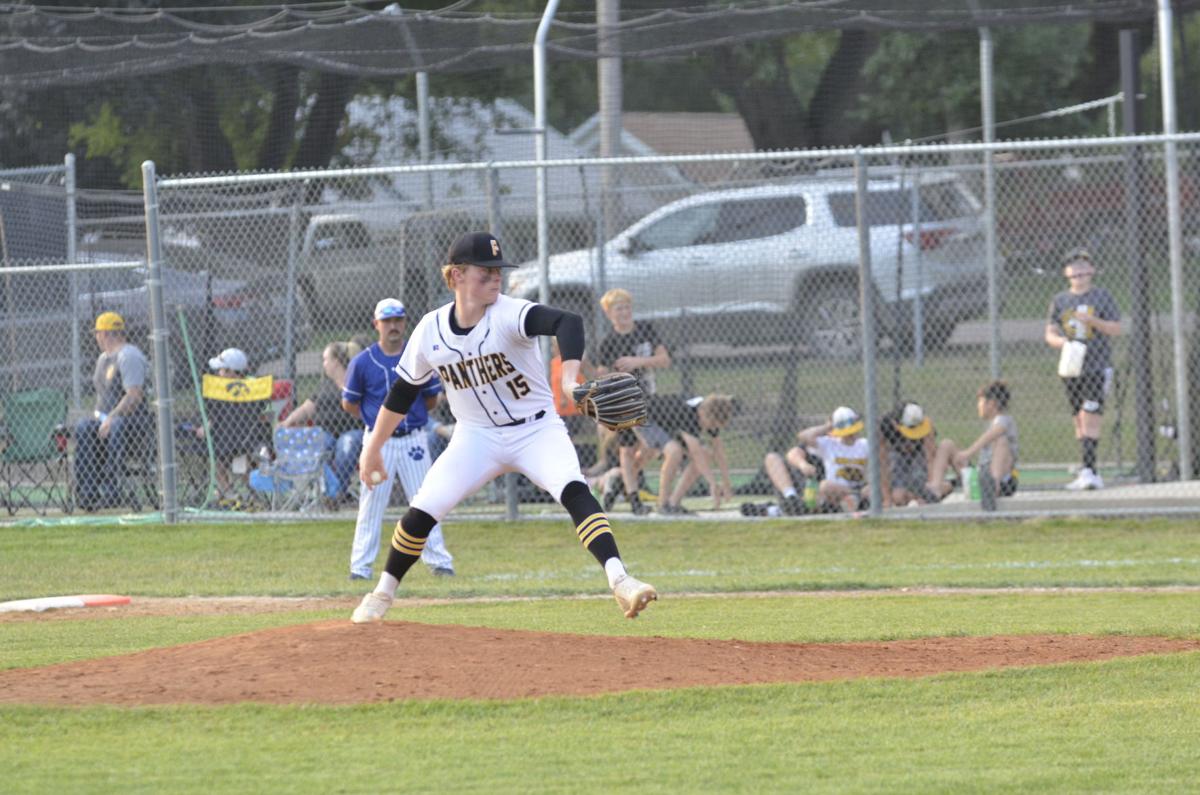 But before we all put away our summer shorts, grab our heavy winter overcoats, and turn our attention to the upcoming high school football season, there is one last piece of summer to grab hold of.

On Tuesday, the Iowa High School Baseball Coaches Association released its 2021 All-State Baseball list, and plenty of players were recognized for their feats on the diamond this season.

Here are the Siouxland representatives in the 2021 IHSBCA All-State teams.

Terrick Thompson, Senior, East: The speedy center fielder swiped 22 bases for the Black Raiders, while putting up a .361 batting average and .456 OBP, while driving in 30 runs and pitching his way to a 1.98 ERA. In the field, Thompson had only one error all year.

Ben Raveling, Senior, Storm Lake: On the basepaths, Raveling went 11 for 11 in stolen bases, while at the plate he finished third on the team in base hits. He hit .396, and and got on base at a clip of .507.

Alex Godfredsen, Senior, Boyden:Hull/Rock Valley: Godfredsen hit .552 for the Nighthawks, with a .640 OBP, and a .983 slugging percentage, with 17 RBIs, and nine stolen bases. He also had 52 strikeouts on the mound in 34 1/3 innings pitched.

Clayton Bosma, Senior, Unity Christian: Bosma dominated on both sides of the ball for the Knights. At the plate, he hit .449 and got on base at a .530 pace, while slugging .796. He also had 28 RBIs and 23 extra base hits for Unity Christian, while striking out 47 batters in 52 innings of work on the mound.

Trey Engelmann, Senior, Alta-Aurelia: Engelmann led the Warriors with a .452 batting average, and finishing with a .527 OBP and a .602 slugging mark. He also finished second on the team with 22 RBIs and was a perfect 14-for-24 in stolen bases.

Blaine Harpenau, Senior, Remsen St. Mary’s: Harpenau was named one of two Class 1A team captains, the other being Cy Patterson of Council Bluffs St. Albert. Harpenau hit an outstanding .479 on the season with 33 RBIs, while also putting up a 0.62 ERA, a 0.62 WHIP, and 129 strikeouts over 67 2/3 innings pitched.

Damon Schmid, Junior, Kingsley-Pierson: Schmid hit .453 on the season while slugging .779, and driving in a team-high 44 RBIs for the Panthers. He also had six triples on the season and stole 31 bases while finishing with a 2.69 ERA in 13 innings pitched.

Carter Bleil, Junior, Woodbury Central: Bleil’s .534 batting average was tops among Wildcats’ starters, and he also drove in a team-high 41 RBIs and stole 42 bases on the season.

Evan Neumann, Sophomore, Kingsley-Pierson: Neumann was the Panthers' top pitcher this year. He finished the season with a 1.46 ERA and a 1.29 WHIP, while putting up a perfect 9:0 record with 51 strikeouts over a team-high 48 innings pitched.

Hunter Christiansen, Senior, Newell-Fonda: Christiansen swiped 28 bases on 30 attempts this season, and finished second among Mustangs' starters with a .457 batting average. He got on base at a clip of .585, and his five doubles, and seven triples led to an impressive .720 slugging percentage.

Simon Denney, Senior, Lawton-Bronson: Denney's .493 batting average for a team-high for the Eagles, while his 24 RBIs ranked second, behind only Matt Peters with 28. Denney led the team with 35 base hits and a .600 OBP, while also putting up a 3.26 ERA and 45 strikeouts in 32 2/3 innings pitched.

Jackson Howe, Junior, Kingsley-Pierson: Howe led the Panthers' starters with a .454 batting average and a .562 OBP, while his 40 RBIs was the team's second:highest total, behind teammate Damon Schmid. Howe also stole 16 bases and finished his pitching year with a 2.58 ERA and a 1.42 WHIP in 19 innings of work.

Gabe Sievers, Senior, Newell-Fonda: Sievers hit .403 this season with a .516 OBP and 27 RBIs, tied for second most on the squad. Sievers also tied with Hunter Christiansen for the team lead with 28 stolen bases.

Ryan Greenfield, Sophomore, Newell-Fonda: The Mustangs' sophomore had a breakout season at the plate for the Mustangs, leading the team's starters with a .476 batting average, a .535 OBP, and a .670 slugging percentage, while driving in a team-high 29 RBIs and stealing 20 bases. On the mound, Greenfield pitched 13 1/3 innings for Newell-Fonda, and finished with a 0.52 ERA and a 0.98 WHIP.

Another former Sioux City Explorer is headed to The Show.

SIOUX CITY-- The Sioux City Explorers fell to the Kansas City Monarchs on Thursday by a 16-3 score, to drop three of four games against the fi…

Scholten calls out MLB at Field of Dreams game

For J.D. Scholten, Thursday night was one he will never forget.

SIOUX CITY– The Sioux City Explorers saw the Cleburne Railroaders score twice in the ninth inning, as the X's fell in an important series opener 7-6.

NORTH SIOUX CITY — The Dakota Valley football team started the season with a No. 4 ranking in Class 11A in the South Dakota Coaches Associatio…

'The future is going to look bright for her:' Kierra Jungers named Journal's softball player of the year

NEWELL, Iowa-- Kierra Jungers was a name to be feared this season in Iowa high school softball.

East's Cam Riemer reacts to hitting a solo home run in the first inning during the first game of an East vs Heelan baseball doubleheader played July 6 at Bishop Mueller Field. 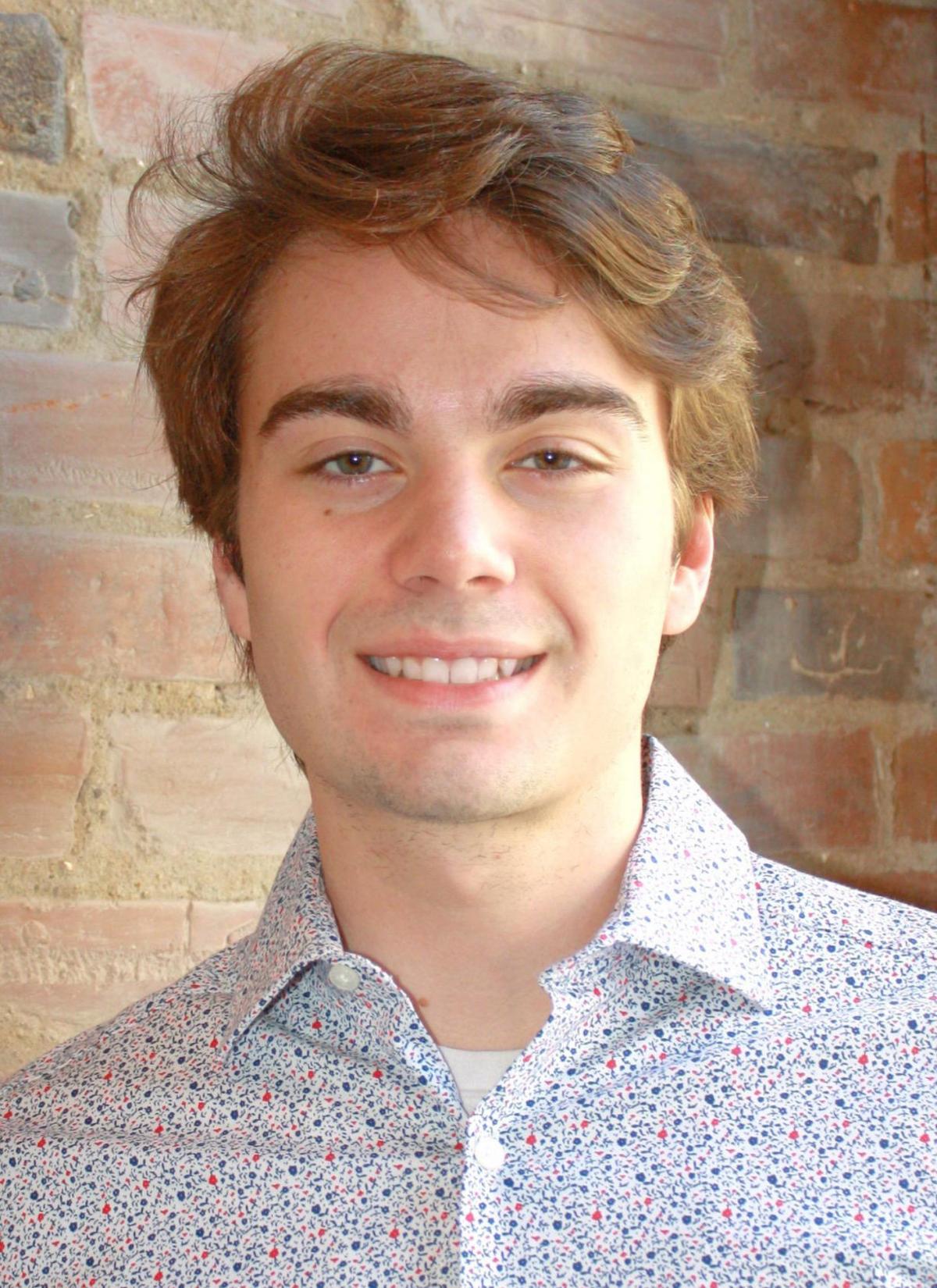