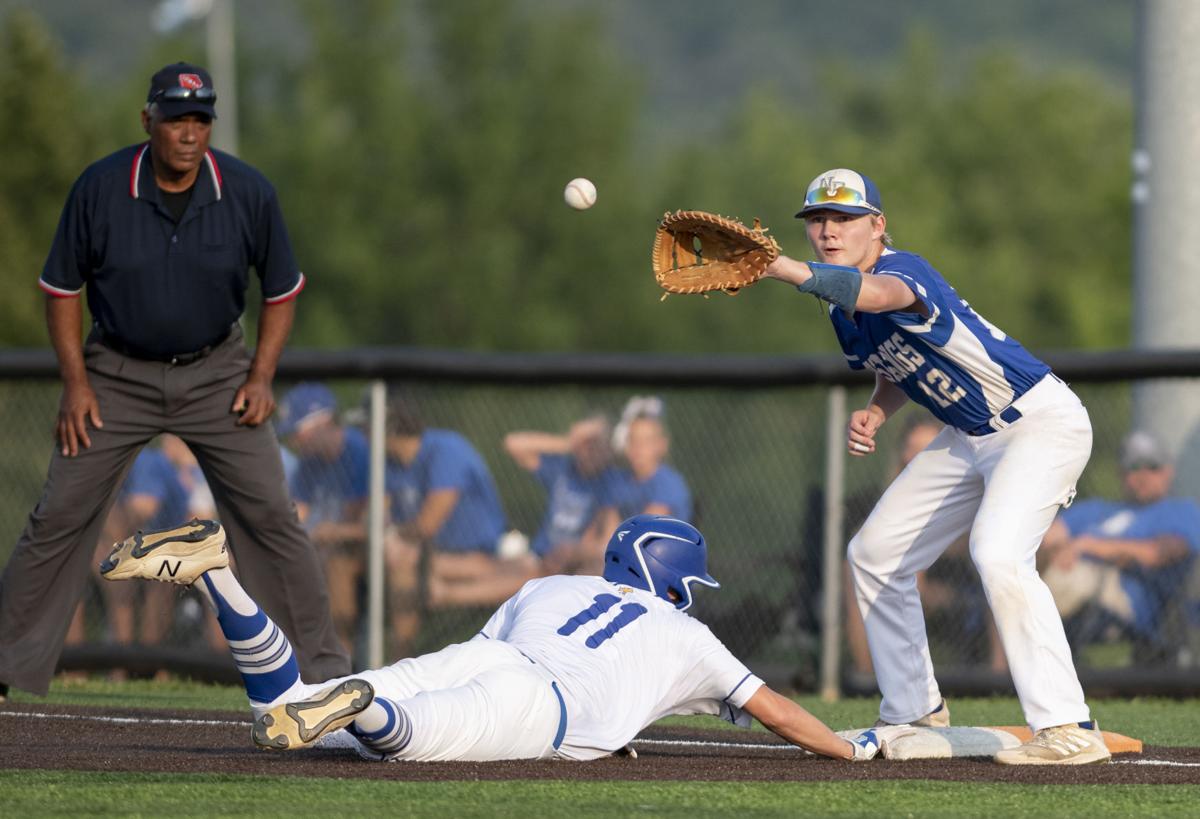 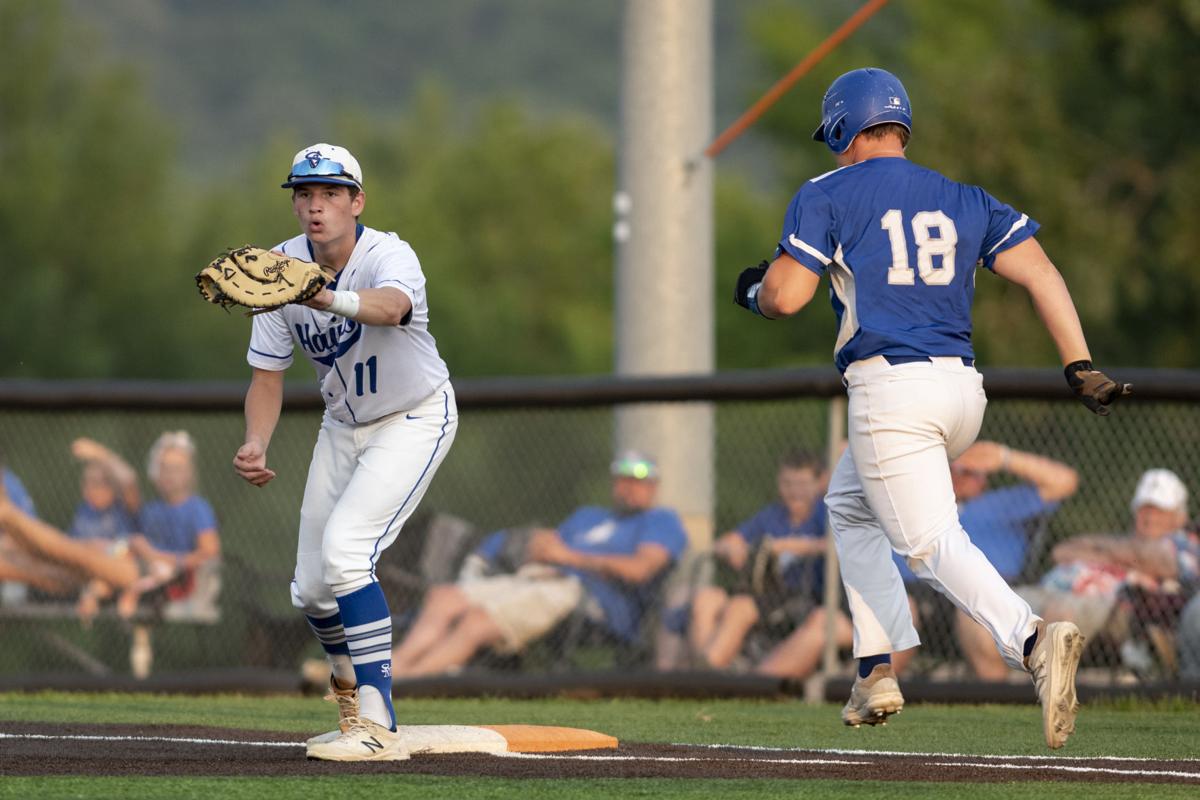 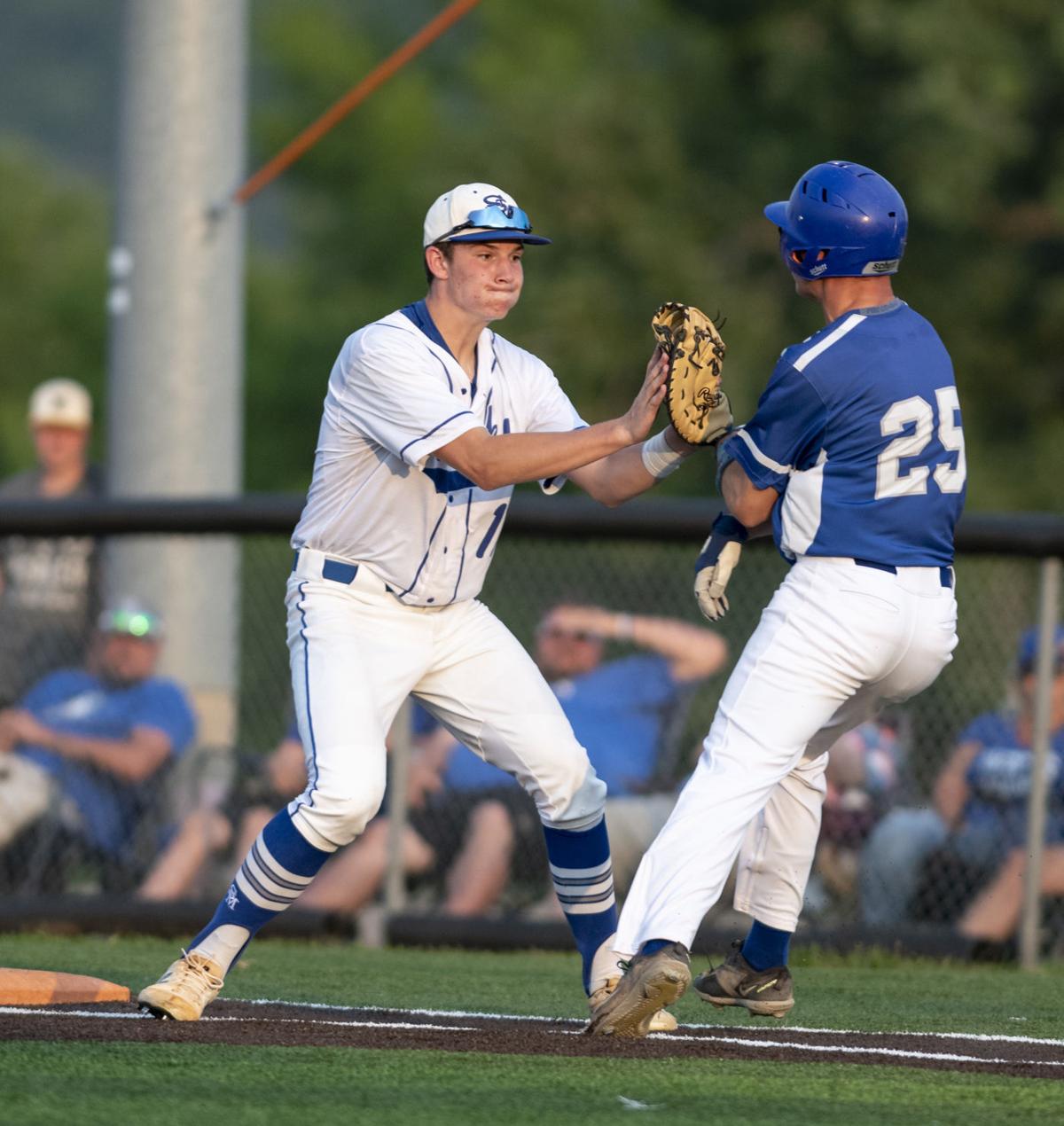 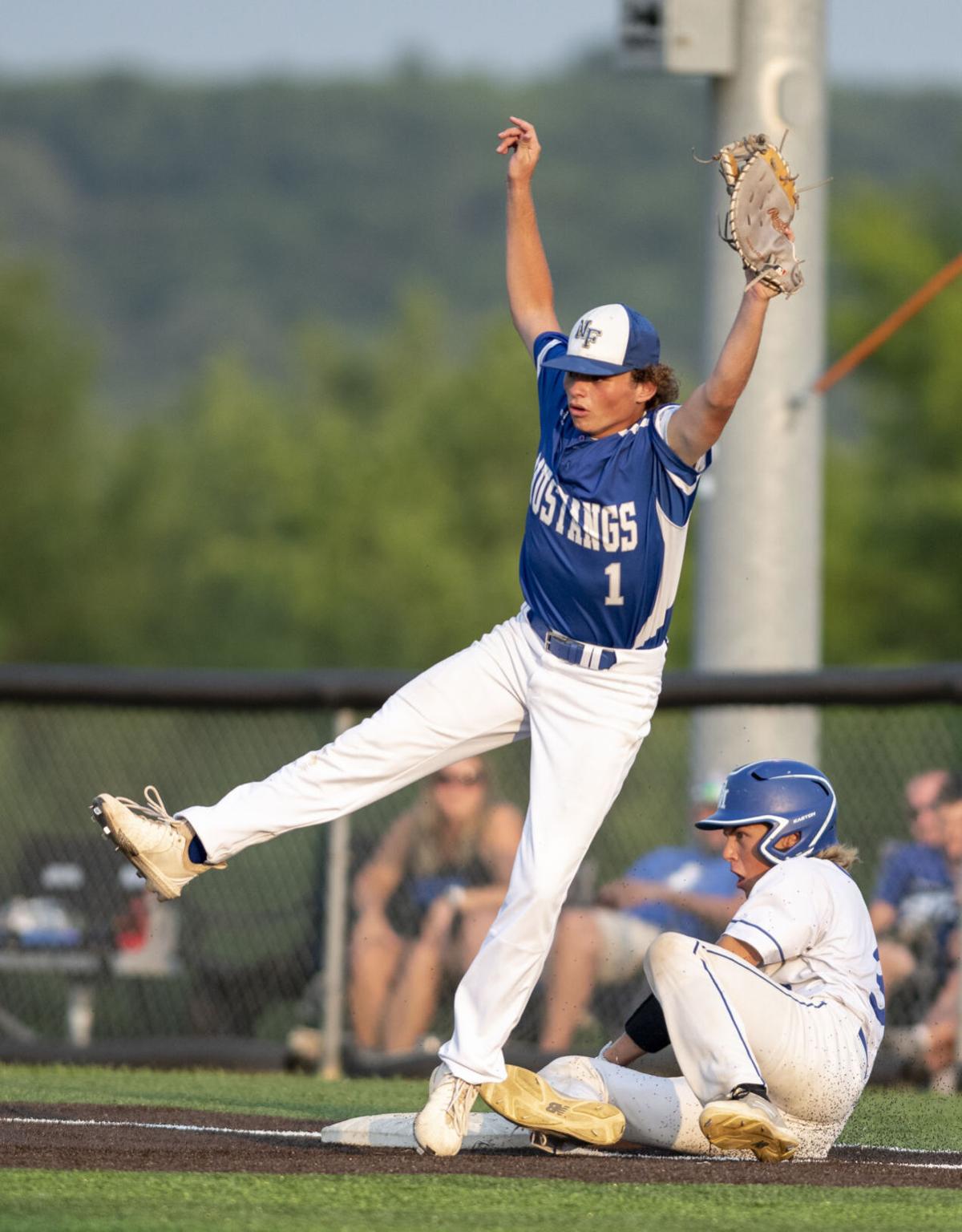 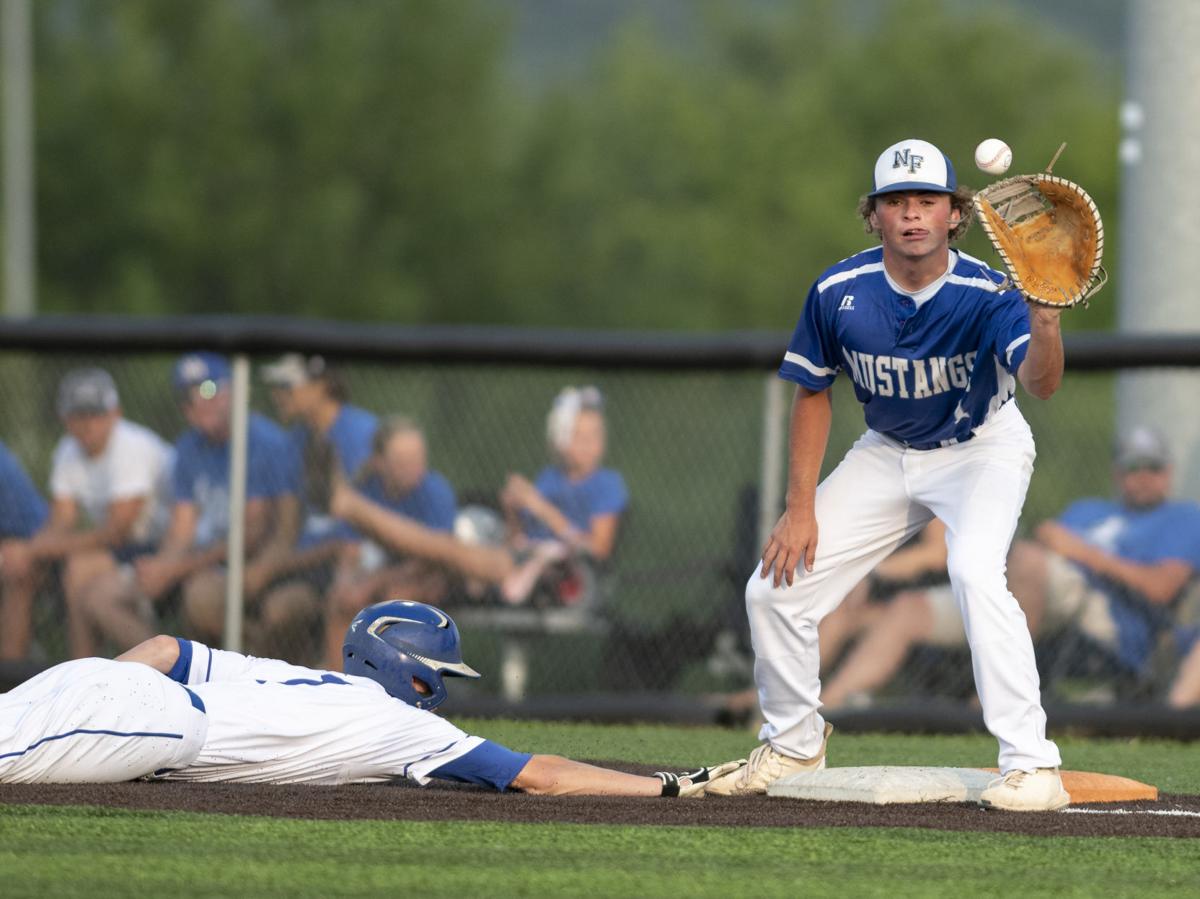 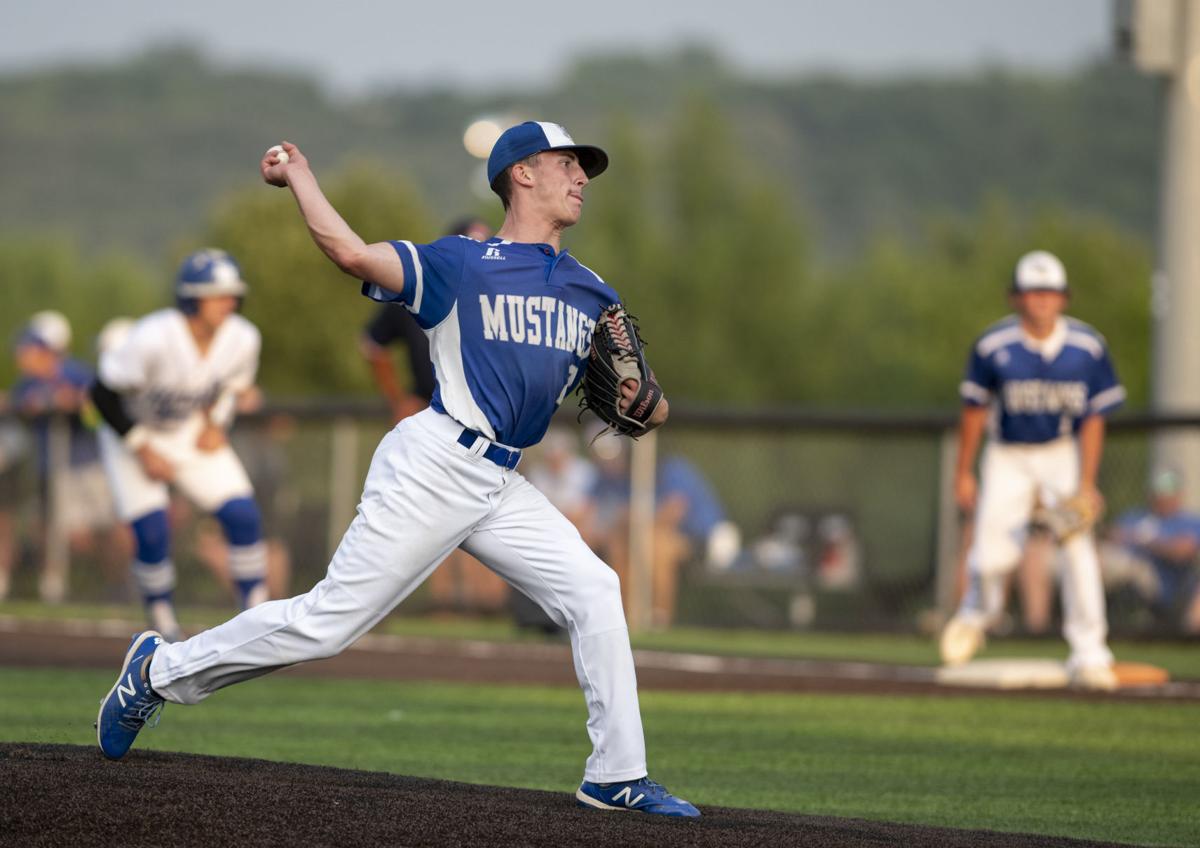 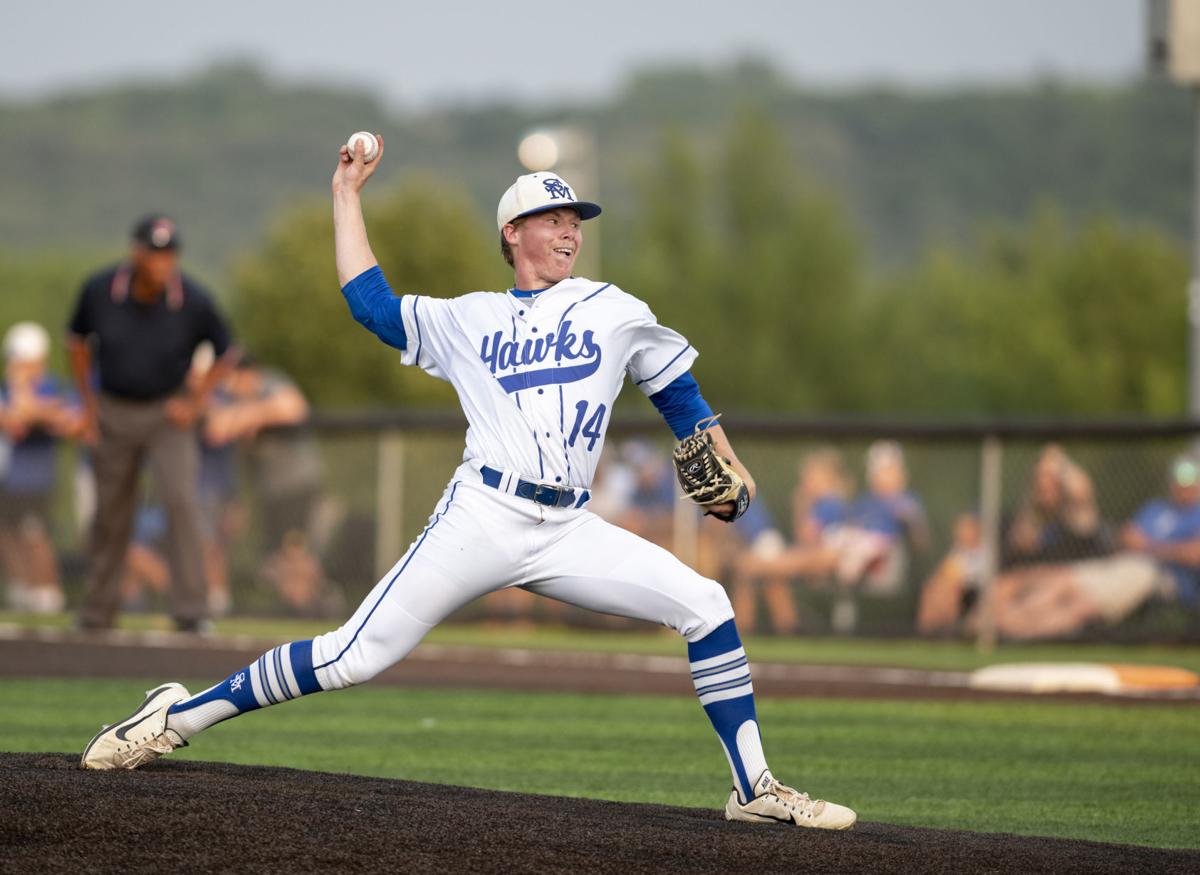 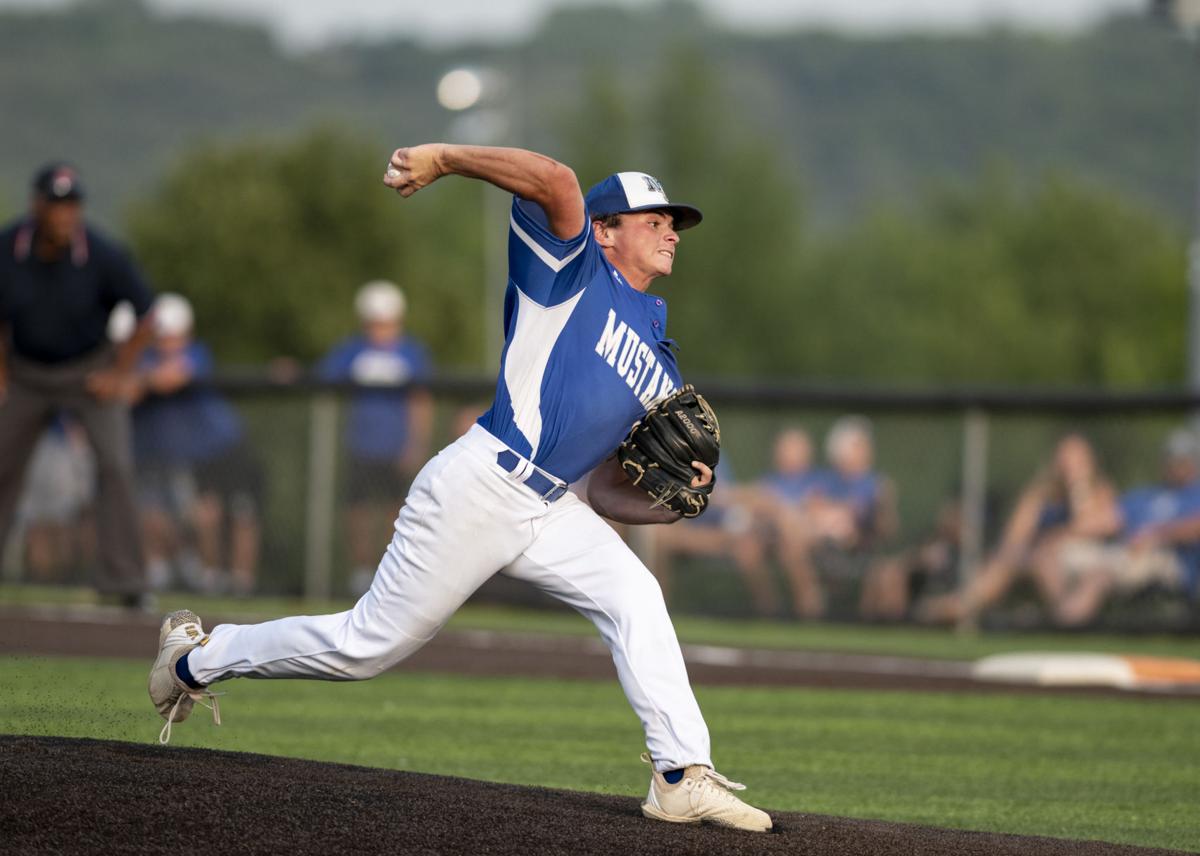 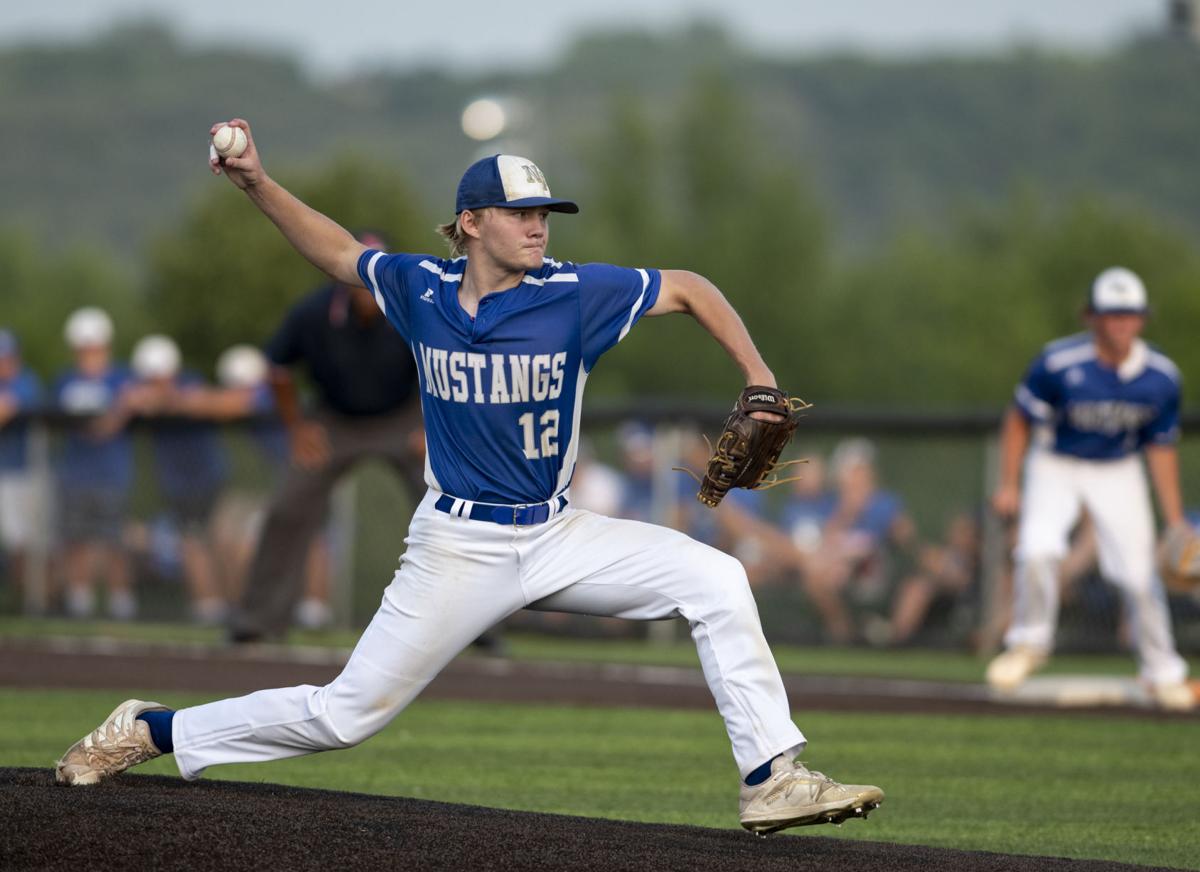 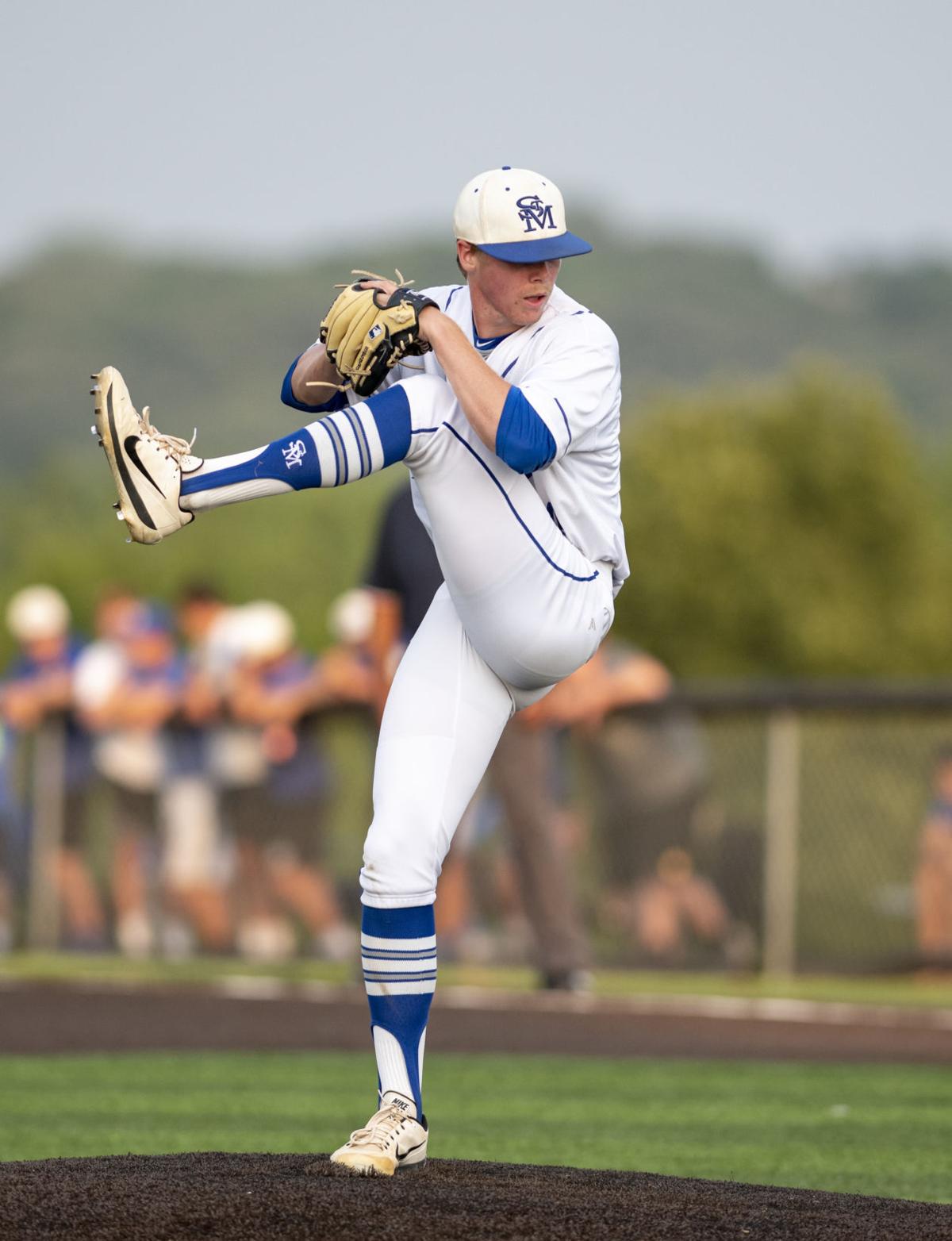 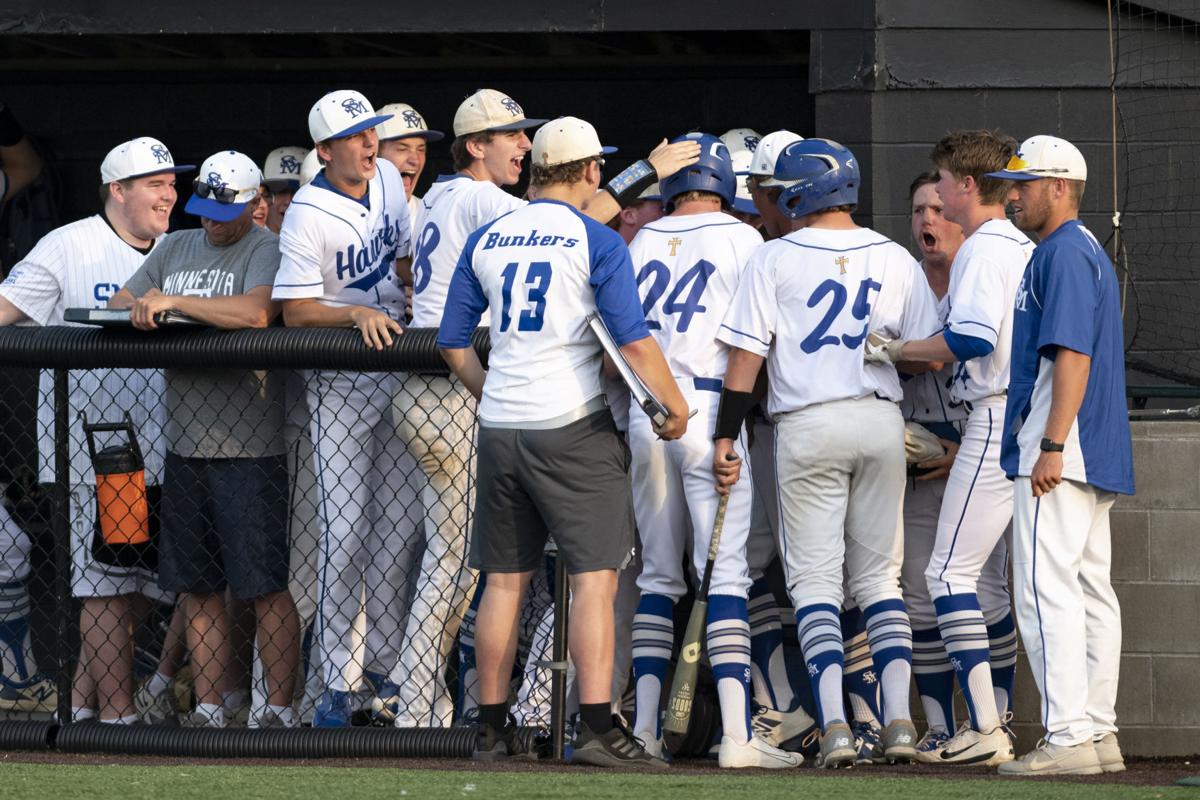 On Tuesday night in Cherokee, Iowa, the Remsen St. Mary’s baseball team took another big step toward its hopes of capturing a Class 1A title, as the No. 3 ranked Hawks (26-3) took down Newell-Fonda (21-7), 11-0, in the Class 1A, Substate 1 title game.

With the win, RSM clinched its spot at next week’s state tournament in Carroll, the sixth consecutive season that the Hawks have earned a place on the big stage.

The Hawks have the No. 1 seed and face Grundy Center at 11 a.m. Monday at Merchants Park in Carroll.

“Our guys stepped up,” Remsen St. Mary's coach Dean Harpenau said. “I’m proud of them, proud of the seniors. It’s hard to go two times in a row, much less six times in a row. Obviously, they are hungry. They want to go down there and do some damage.”

In the top of the first inning, Mustangs junior Trey Jungers reached base on a passed ball and then took second on a wild pitch, but Hawks senior pitcher Blaine Harpenau struck out sophomore Mason Dicks to end the threat.

After that inning, Harpenau did not allow another runner until the fifth — and final — inning.

Once the game flipped over to the RSM offense in the bottom of the first, the runs came early and often.

Remsen’s No. 2 hitter, senior Levi Waldschmitt, reached base on a triple in the first, and then scored on a sacrifice fly from catcher Xavier Galles to give the Hawks a 1-0 lead.

After a 1-2-3 inning from Harpenau in the second inning, the Remsen St. Mary's offense exploded for nine runs in the top of the second — as the Hawks drew six walks, had four hits and reached on an error. The Hawks sent 13 batters to the plate.

By the time Jungers, the Mustangs' third pitcher of the inning, struck out Isaiah Gerriets to end the frame, Remsen St. Mary’s had a 10-0 lead.

“Going into that inning, it was a close game, and we just erupted for that many runs,” Blaine Harpenau said. “The dugout was hyped, all the guys were hyped, but I told the guys ‘We’ve got to stay focused.’ Baseball is a crazy game, crazy things can happen. We made sure that we kept our cool, and were able to finish the game out.”

The Hawks added one more run in the third to make it 11-0, as senior Damen Brownmiller scored from third base on a passed ball.

On the mound, Harpenau continued to dominate, setting down the Mustangs in order in the second, third, and fourth innings. In the fifth, sophomore Ryan Greenfield reached base with a leadoff single for Newell-Fonda, but Harpenau finished the Mustangs off, with the final out coming on a ground ball back to the pitcher from Newell-Fonda sophomore Carter Sievers.

The 11-0 victory was the fifth consecutive shutout victory for the Hawks’ pitching staff, which came into the game with a 1.50 team ERA, the second best mark in Class 1A. Remsen St. Mary's has four pitchers with sub-2.00 ERAs, in Harpenau, Cael Ortmann, Carter Schorg, and Gerriets.

“We’re big believers in pitching,” coach Harpenau said. “If you look back at our stats the (past) how many years where we’ve made a tournament run, there are a lot of shutouts and one-run games. That is just kind of who we are, we’re built off the pitching, and we filter some timely hitting with our small ball. That is St. Mary’s baseball.”

Harpenau had eight strikeouts over his five innings of work against the Mustangs on Tuesday.

“All of our guys have been amazing,” Blaine said. “They know their job. They might not go the whole game, they might be in relief, and they are always ready. They get their job done, and that is what we need from them.”

While the team has been to state each of the past six years, the Hawks haven’t won a title since 2016, a fact that they are well aware of. For Blaine Harpenau and the other seven seniors on the Remsen St. Mary’s roster, this is the last chance at St. Mary’s baseball immortality.

A win would be the seventh state title in the Hawks’ program history.

“The past few years, we’ve had heartbreaking losses in the semis, and we’ve felt like nothing can really go our way,” Blaine Harpenau said. “Sometime, you’ve got to be due, and I feel like we’ve got to be due this year, to finally punch through and get that title.

The big stage doesn’t phase the Hawks’ seniors at this point.

Instead of the usual celebratory dogpile you would expect from a team that just clinched its spot at the state tournament, the Hawks calmly walked onto the field, and congratulated each other on the victory, after recording the final out against the Mustangs.

They’ve been down this road many times before.

17 times in program history, in fact.

“For us, it feels pretty much the same because we’ve been down there so many times,” Waldschmitt said of playing at state. “We’re kind of used to these big games, and we kind of use that to our advantage. We’ve been in so many games like that, that we know what it feels like.”

Following the surprising substate losses of No. 1 ranked Newman Catholic and No. 2 North Linn, the Hawks are the highest ranked team remaining in the Class 1A field, and have a shot at the No. 1 seed, which will be announced on Wednesday morning.

“That is huge,” Blaine Harpenau said. “Having the number one seed give you a great advantage, and with who you guys play. Being able to get that number one seed will be huge, and hopefully help lead us to a better path to the title.”

The Class 1A state tournament quarterfinals will be played on Monday, at Merchants Park in Carroll.

The Remsen St. Mary’s (21-5) softball team will have to wait one more year to make program history.

WEST DES MOINES, Iowa — The Sioux City West baseball team saw its season come to an end on Friday in the first round of the Class 4A-Substate …

SIOUX CITY — The East High School baseball teasm picked a bad time to have its worst defensive baseball game of the season.

Lantz: Sports bring some of life's most memorable moments

Big life moments are what I do for a living.

FORT DODGE, Iowa — The Newell-Fonda softball players are no strangers to the state championship game, and after their win over Southeast Warre…