That mindset certainly paid off for Ejerso, who won the Nebraska Class B championship in a time of 16 minutes, 28 seconds at the University of Nebraska-Kearney.

In that race, Ejerso even stayed back during the first mile just for the feeling of competition. He’s beaten his competition so convincingly, the Cardinals junior just wanted to be around runners for a few strides.

Then, Ejerso picked the pace up at the end, and he won the race by 22 seconds.

“I don’t know how to really explain it, but it meant a lot to me,” Ejerso said. “I can start seeing where I’m at right now. I don’t get challenged with running with a lot of people in races. I’m trying to move onto the next level.”

That mark earned him The Journal’s Male Runner of the Year in cross country.

It was the second time in school history that a Cardinals runner won a state championship, and after Ejerso won it last month, he beamed with pride.

That next-level mentality has stayed with Ejerso since he was an eighth grader.

Ejerso had to be talked into going out to cross country. He didn’t really like to go out running, but he enjoyed the challenge of finding goals to chase during practices and meets.

He wasn’t thinking about winning. He went into wanting to have fun.

That is what has kept Ejerso driving throughout his time at South Sioux in track, cross country and in the classroom.

It’s safe to say that he likes to run.

“Every single moment that you put into distance running, that’s prep for the ultimate goal in the end,” Fitzsimmons said. “When your goal is the championship, and you’re able to achieve that, there’s no better fulfilling feeling.”

In practice, especially this year, not many of his peers can keep up with him, so Ejerso had to find unique ways to challenge himself.

So, Ejerso finds a better time in practice, and he knows that’s one of the ways he can gauge whether he’s reaching that next level.

“Every time I run long distance, I see how I can compare myself with the day before,” the Class B champion said. “When we do workouts, I focus on it. That’s literally me, and long distance, I do focus on a time, but I just go run.

“I just see myself running every meet, every day, and see myself wanting to prove something or reach another time,” Ejerso said. “I move on to the next level. I see myself get better for the next time and I keep working hard.”

Ejerso wants to run that title back, and maybe even give himself to win a state title in the 800 and 1,600.

“There probably is a target on my back,” Ejerso said. “I’m just trying to work on the pace in the mile and two-mile or whatever events I’m going to run.” 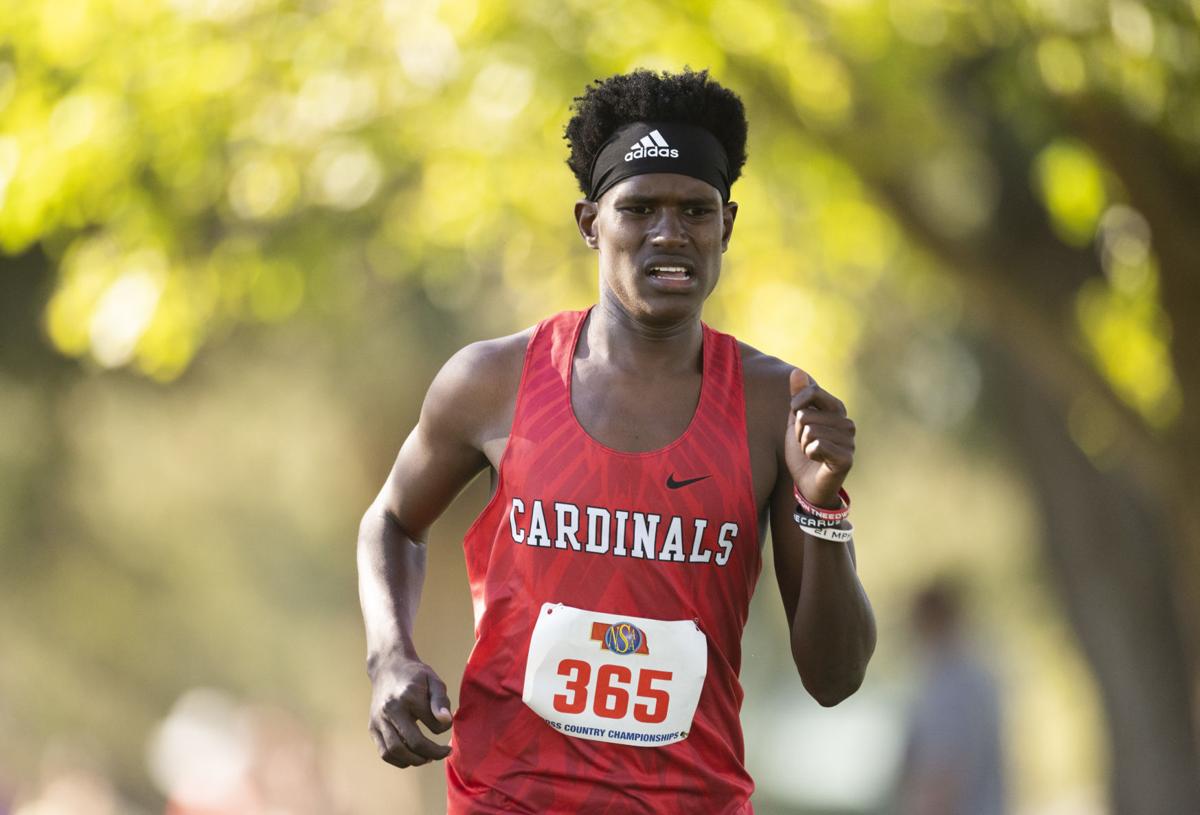 South Sioux City's Mesuidi Ejerso leads the pack during the boys Class B race at the state cross country meet on Oct. 22 at Kearney Country Club. 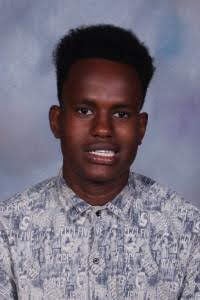