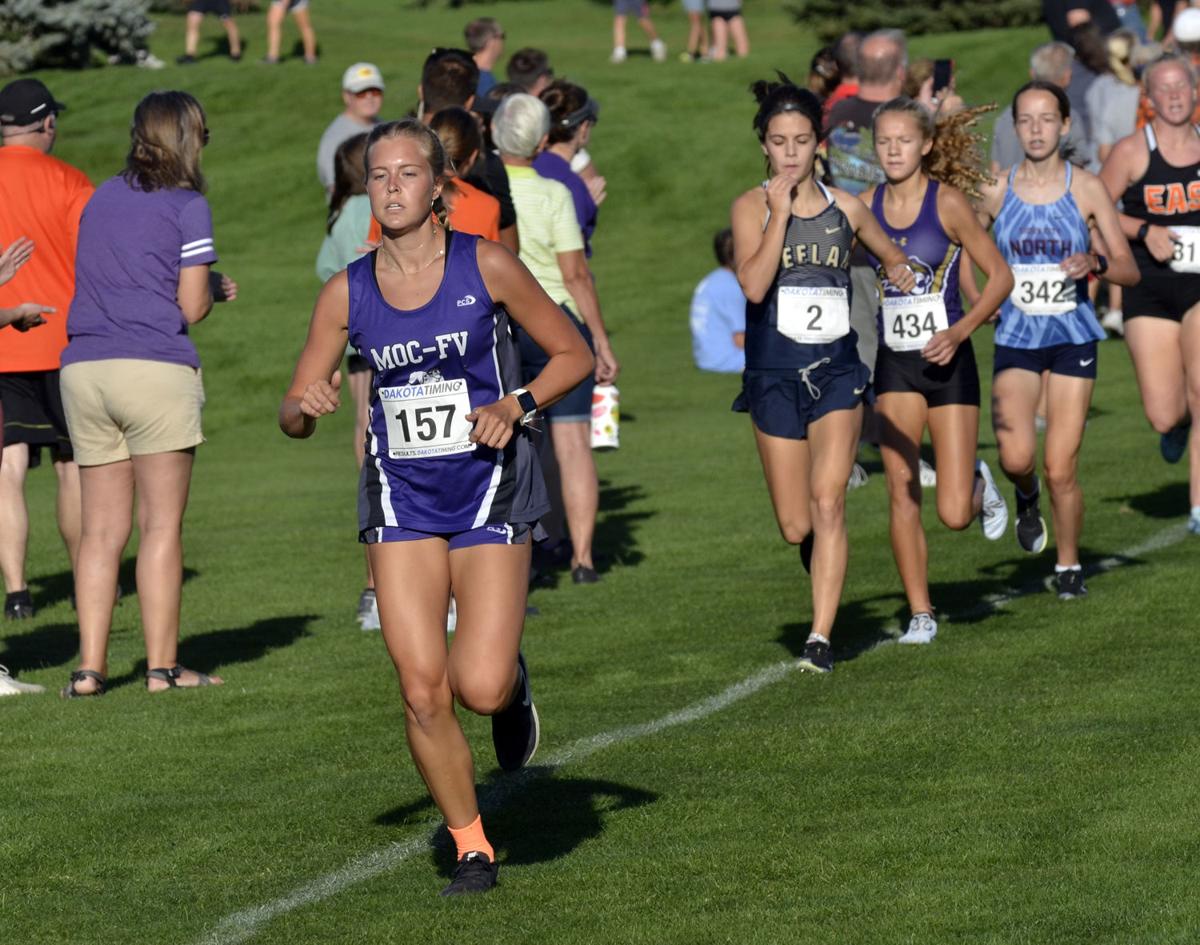 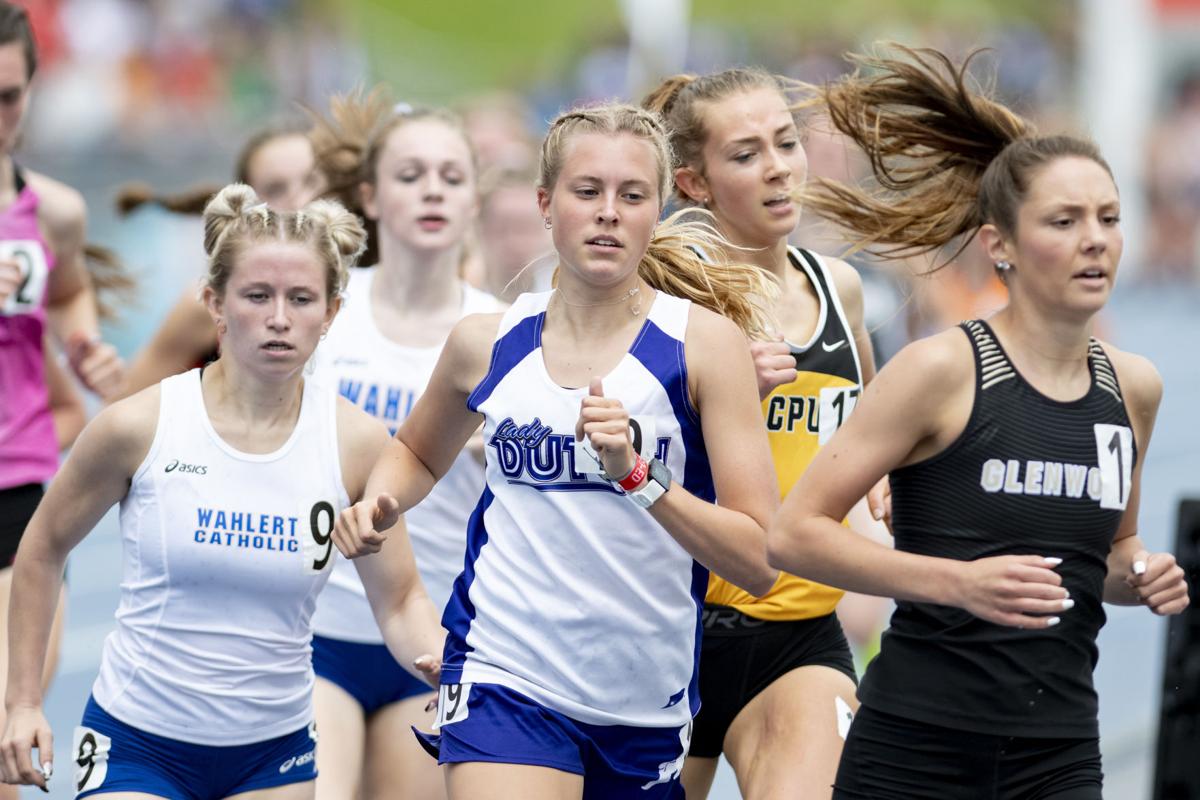 Emily Haverdink of MOC-Floyd Valley, center, competes in the Girls 3A 1500 Meter Run at the 2021 Iowa High School Track and Field State Championships at Drake Stadium, Saturday in Des Moines, Iowa, May 22, 2021.

Haverdink has had several experiences running at Lakeside Municipal Golf Course in Fort Dodge, but she hasn’t had the chance to run with her Dutch teammates at the state meet.

Haverdink – this week’s Journal Siouxland Athlete of the Week -- wants to change that for her senior season while accomplishing the goal of running at the state meet herself.

Dutch coach Doug De Zeeuw believes that the lineup is strong enough for the Dutch girls to make it to the state cross country meet on Oct. 20. MOC-Floyd Valley is ranked fifth in Tuesday’s IATC Class 3A girls poll.

“We just have to make sure we put it all together,” De Zeeuw said.

The Dutch senior has finished in the Top 4 in every meet this year, including a win at the Aug. 31 meet at the Spirit Lake Invitational.

Over the last 10 days, the Dutch have competed in two meets, and Haverdink got Top 5 in both of those meets.

Haverdink placed fourth at the Ridge View-hosted Tim Thomas Classic with a time of 20:29. Then, at the Storm Lake Invitational last Tuesday night, the Dutch senior placed second behind Lindsey Sonderman of Harlan.

Haverdink is ranked seventh in the IATC Class 3A individual girls poll, and she is just one of two Class 3A seniors ranked in the Top 7.

“When she’s not winning second or third, she’s always finishing behind someone who is ranked up there pretty high,” MOC-FV coach Doug De Zeeuw said. “That doesn’t bother her. She enjoys the competition. She’s a mentally strong runner.”

De Zeeuw said that the main thing that Haverdink has worked on during the season is her pace. She started the season strong and the Tim Thomas meet is the only meet where she hasn’t turned in a time of 20 minutes or less.

The two runners connected right away. Haverdink noticed how much Haley loved cross country, and Haley was able to show Haverdink the benefits to loving the sport.

Haley’s passion must have seeped into Haverdink’s heart, because now Haverdink has now passed on that passion to the younger Dutch runners.

“I think they see how hard she works and the miles she puts in,” De Zeeuw said. “She’s just a positive influence. She never has a bad thing to say. You don’t see the negative side. She goes out and does her thing. She doesn’t need accolades or anything like that.”

Emily Dreckman, MMCRU: The senior Royals hitter is sixth in Class 1A with 180 kills.

Emily Haverdink of MOC-Floyd Valley, center, competes in the Girls 3A 1500 Meter Run at the 2021 Iowa High School Track and Field State Championships at Drake Stadium, Saturday in Des Moines, Iowa, May 22, 2021.