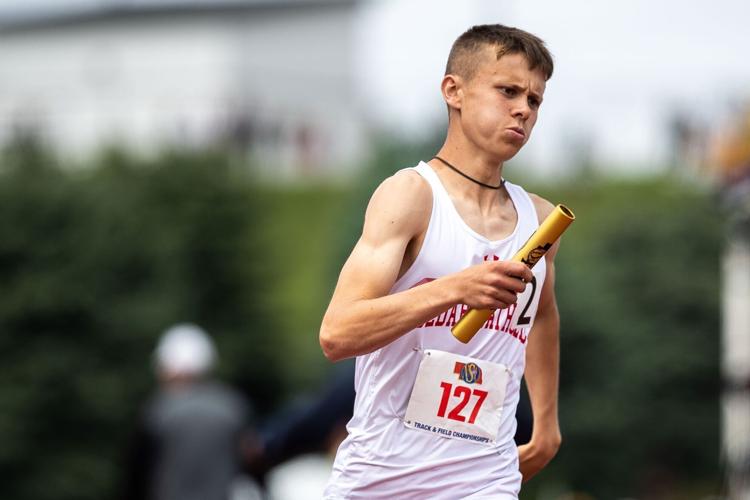 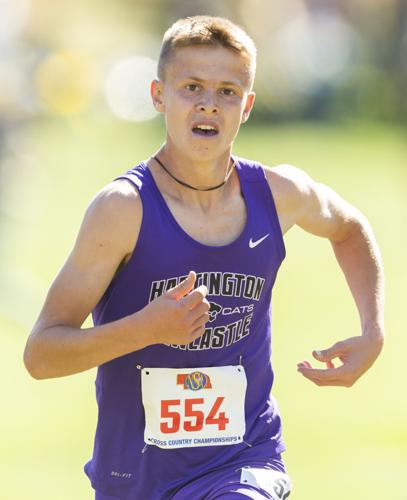 Carson Noecker’s first time to California was a memorable one.

The Hartington Cedar Catholic High School senior flew on an airplane for the first time, visited the Golden State for the first time … and he also ran the fastest time in his division last Friday at the Woodbridge Cross Country Classic in Irvine, Calif.

Even though it was the farthest Noecker has been away from northeast Nebraska, the journey was a memorable one.

Noecker ran in the “rated” division against runners from all around the country. Noecker’s time was the fastest among the 279 runners with a time of 13 minutes, 49 seconds.

“At the end of the day, I just try to go out there and run my race,” Noecker said. “You have to do what you normally do, and whatever happens will happen in the end. I never rode a plane and we got to go see the ocean and I’ve never seen a city like that big. It was a once-in-a-lifetime thing and it’s something I’ll never forget.”

That was also good for the third-fastest time among all divisions.

Noecker is continuing on the success he’s built over the last three years, and he is this week’s Siouxland Athlete of the Week.

Noecker was eager to run a flat course against similar competition he’ll see in college.

“It’s definitely more flatter than it is around here, and that might have played into it,” Noecker said. “Running against good competition definitely pushes you harder, and I guess I have a lot to be thankful for. I’m thankful for the school I compete for, my family and the talents I’ve been blessed with.”

Noecker didn’t go out there alone. The rest of his Hartington-Newcastle co-op teammates joined him in the race, and he was glad they made the trip, too.

“I feel like everyone gets along between the two schools,” Noecker said. “There’s a good relationship between all of us. It’s a special group … it’s a plus when I get to run with these guys.”

Noecker is in the middle of his senior season, and he’s trying to make more history.

He’s winning races by decent enough margins, and even though his main competitor is himself and the times he runs, Noecker said he doesn’t change much in his strategy.

“I’m just making sure my team gives their best to their abilities,” Noecker said. “It’s then when you can not only be good as an individual but also as a team. It not just helps you, it helps everyone.

“There’s always room for improvement,” Noecker said. “There’s things I can do better. I focus on that during the race. When I run the same races, you know where things can get tough. I always think about that and being familiar with where I’m running is what pushes me and helps me improve.”

Noecker said the milestone has crossed his mind, but it doesn’t become a distraction in his daily chores.

“I know I have to take it day-by-day,” Noecker said. “No matter what the times are, it doesn’t matter if it’s a minute. I have to run the race and I have to finish the race. Until that’s done, I have to keep working hard.”

The Lawton-Bronson High School senior not only won the meet at the Dakota Valley meet, but she did so in a very convincing 18 minutes, 22 seconds. That time has Mesz at the No. 5 spot statewide among all Iowa cross country runners.

When North High School senior Gabe Nash was a freshman, he had difficulty making the freshman varsity roster. Fast forward three years later, and Nash is North’s No. 1 runner and this week’s Metro Athlete of the Week.

PREP ROUNDUP: A look at cross country results from Tuesday

Who can afford to buy the Phoenix Suns?

Who can afford to buy the Phoenix Suns?