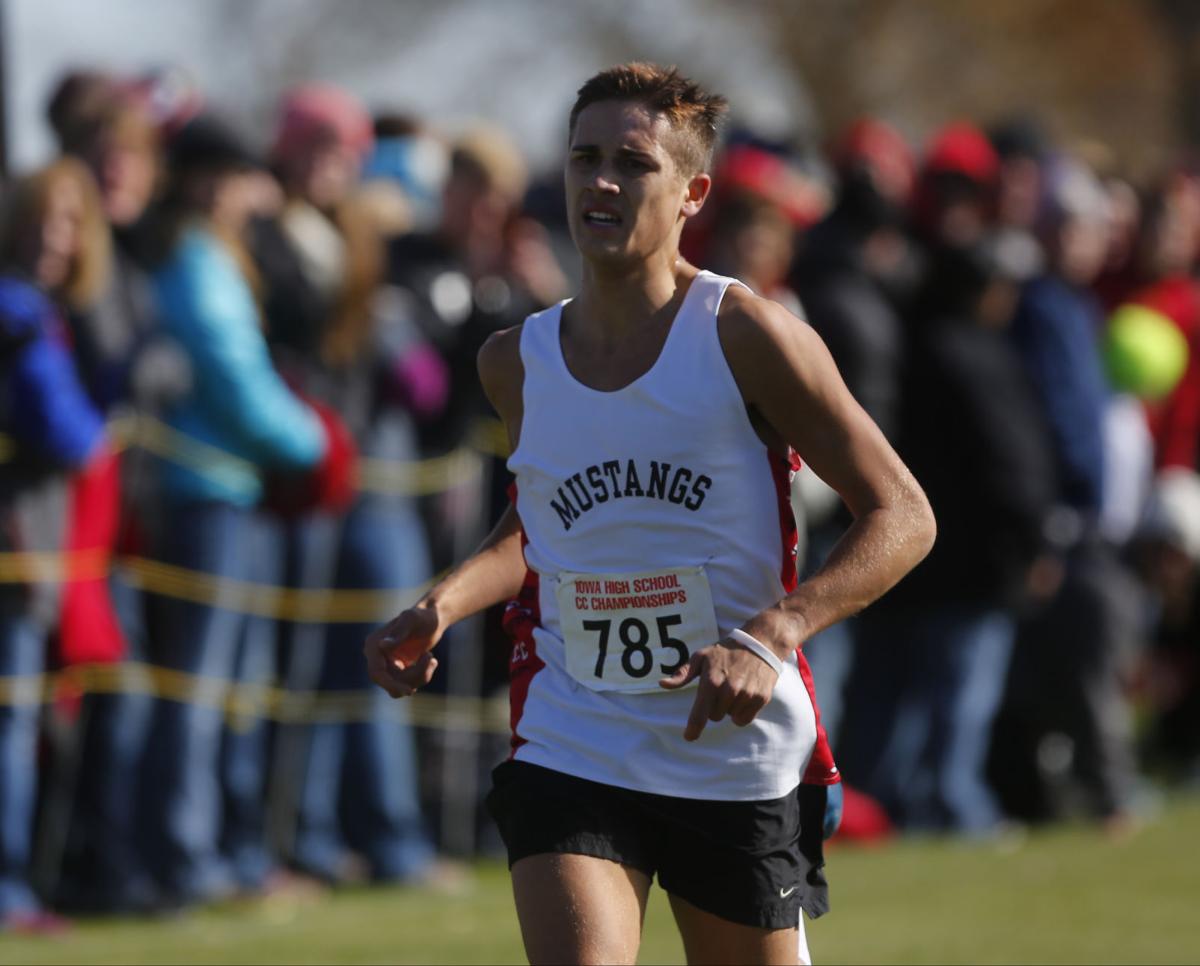 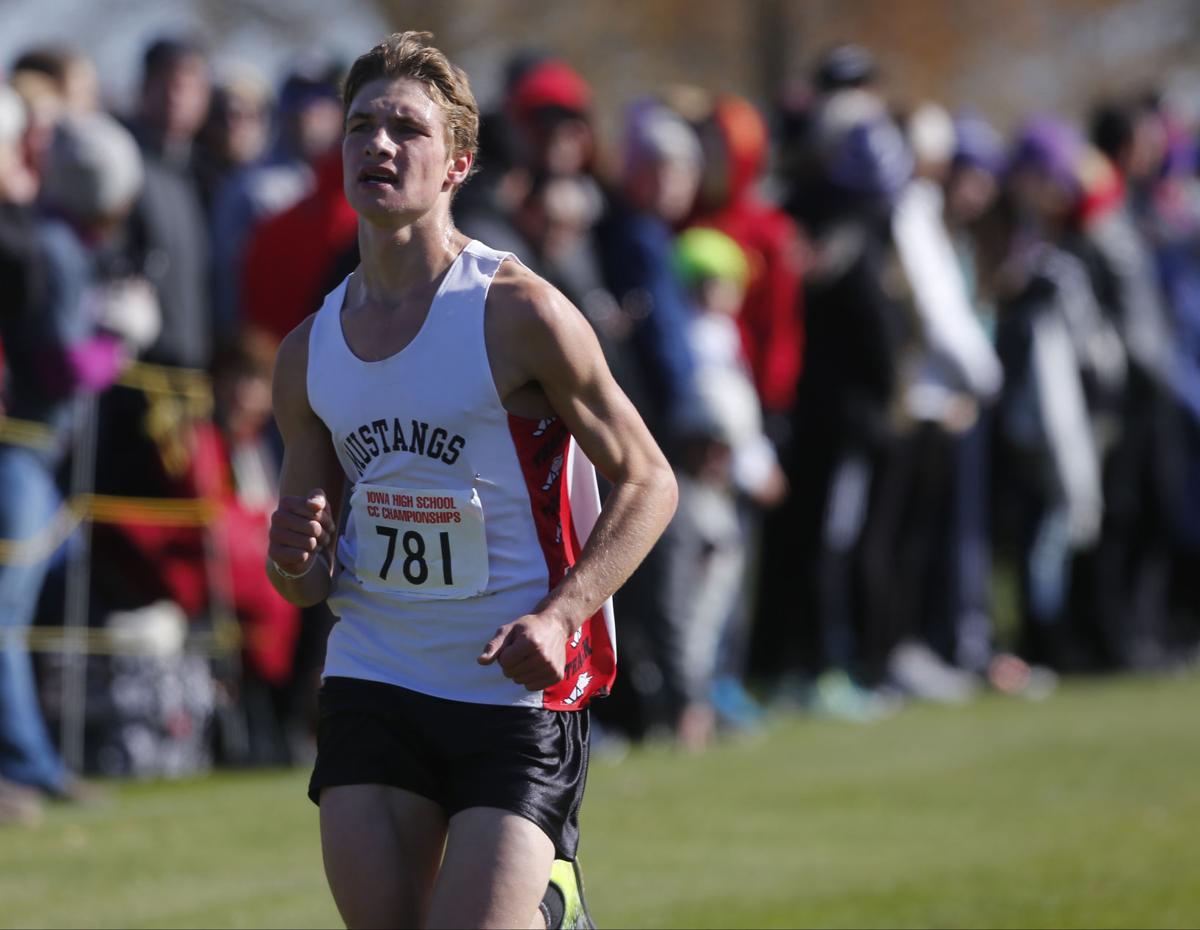 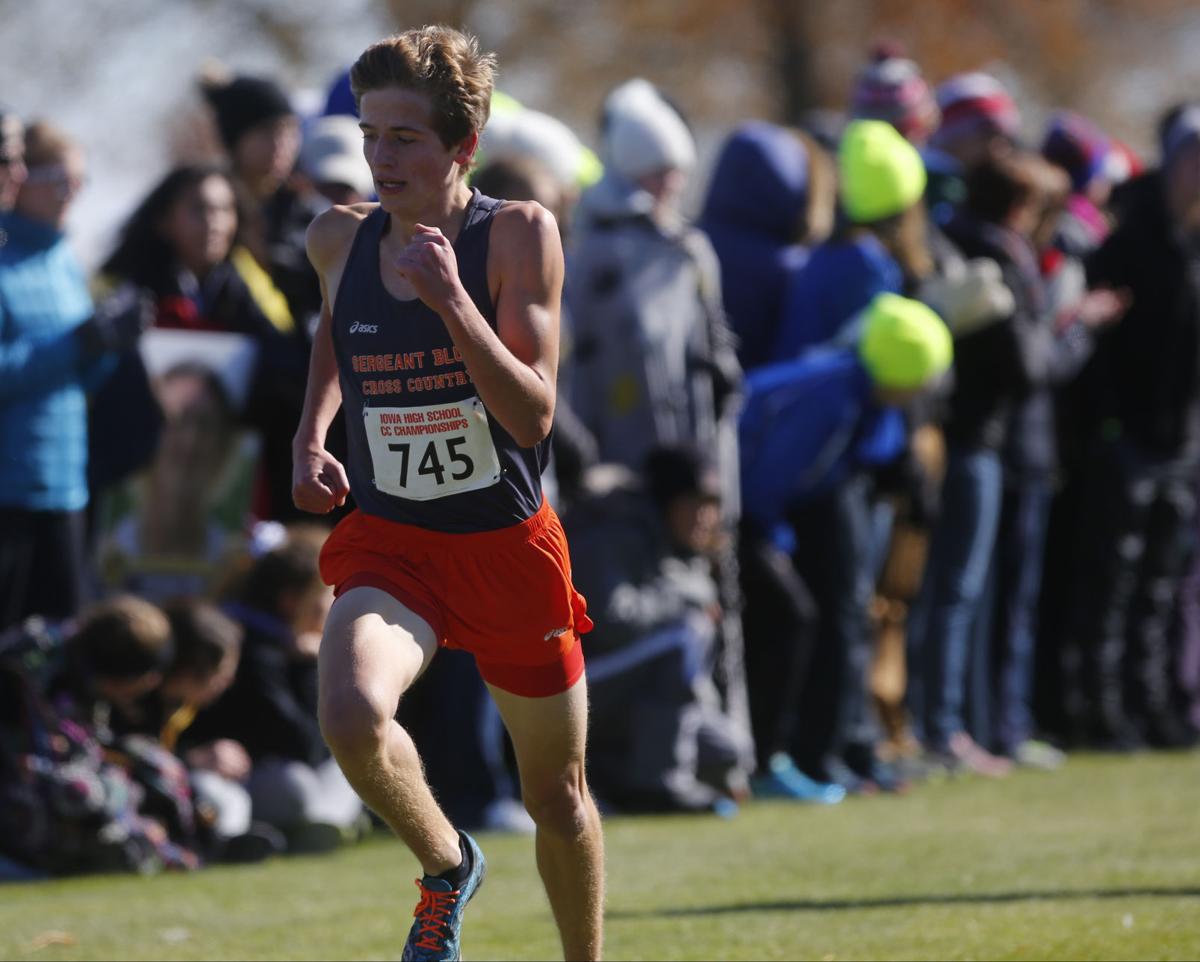 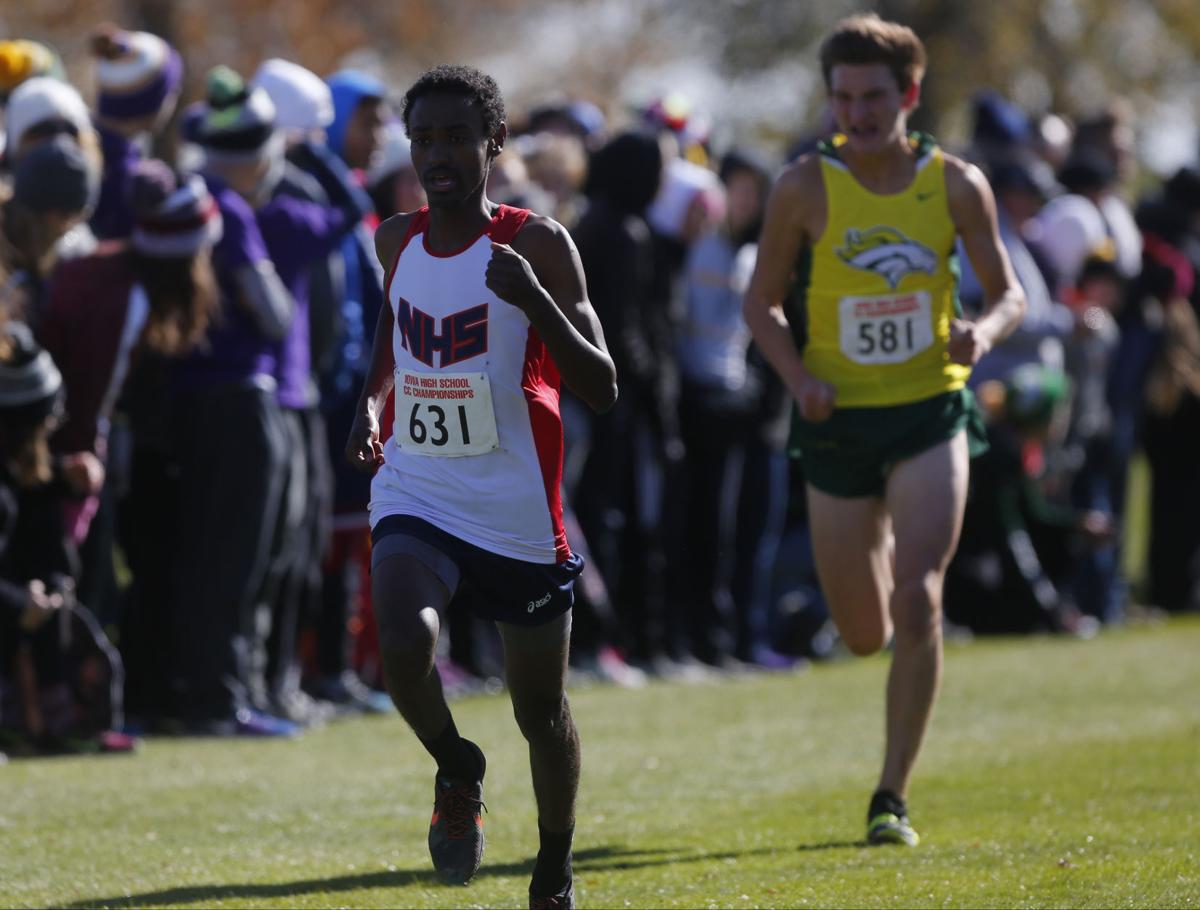 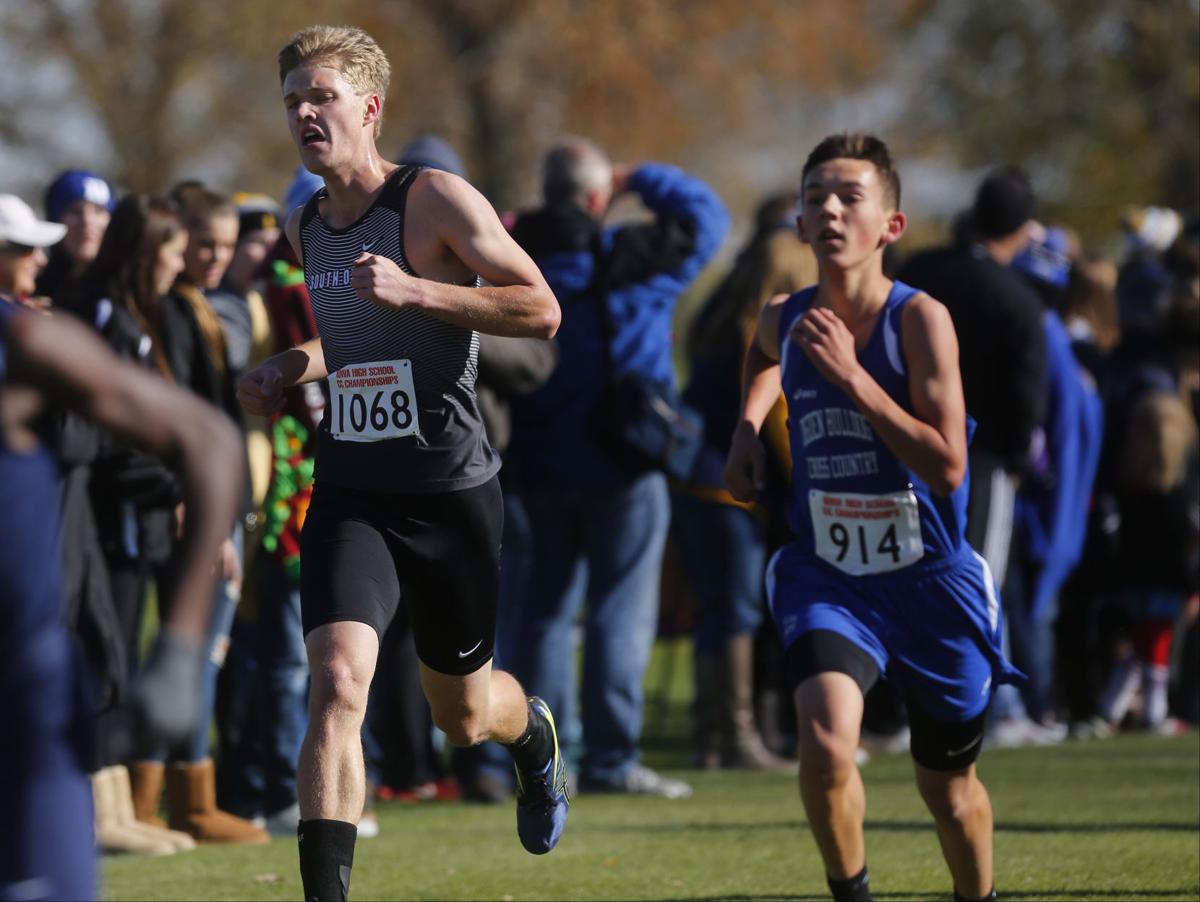 FORT DODGE, Iowa – George-Little Rock/Central Lyon made it known it was after one thing and one thing only at the Iowa State Cross Country Championships.

“Getting the news that we we’re state champs just brings you to your knees, it’s awesome,” said Joe Anderson.

Gable Sieperda ran away with the state title he so coveted heading into his final prep cross country race, breaking away from the field, and ultimately coming home with an all-class best of 15:18.6 over the 5,000-meter course.

“I have been waiting for this moment for four years,” said Sieperda, a four-time medalist. “I’m finally healthy, I’m finally feeling like myself, honestly, I felt unstoppable.

“Just go out today and wanted to make a statement, more so to myself, then anything. Just let myself know that it was worth it. Awesome day for us and myself, so it was good.”

Anderson, a junior, finished third in 16:21.4 for his second state medal, while a big run from junior Blake Johnson, who finished sixth in 16:40.0 helped play a big part into the final team standings that saw the Mustangs score 79 while defending state champs Mid-Prairie had 93.

“Obviously, that helps with Gable going one, me going three and Blake getting sixth,” said Anderson. “Josh ran one of his fastest times of the year, Taeron and Zach ran how they needed to run, just to get the job done, they needed to not mess up and they did good.”

Sieperda took the race out early and continued to stretch his lead throughout before gliding down the finish stretch for a victory margin of 45 seconds.

“Preparation today was leave no doubt, it was going through my head,” said Sieperda. “I said it to myself about five times through the race, just leave no doubt.

“I have walked off this course three times disappointed, three times in three years,” he said. “This is the race you’re supposed to be peaking for. I wanted to walk off the course today saying 'you know what I don’t care what happened I gave it everything I had and I feel like I did a pretty good job of that today.'”

The Class 2A boys race accounted for seven of the 10 medals won by Sioux City Journal circulation area athletes. The Siouxland Conference had seven medalists, six in the 2A race and one in 1A.

Gemeda, a two-time qualifier, became the highest finishing Sioux City 4A runner in the four-class era (since 2003).

“That’s great,” said Gemeda. “I was actually planning to be in the top five and I did that as I said. I’m happy that’s what I was trying to do this season. I’m really happy about it, no regrets.”

North, advancing as a team for the first time since 2004, finished 13th, one spot above where they entered the meet ranked.

Scott, third as a junior, was Sergeant Bluff-Luton’s first-ever four-time qualifier and helped the Warriors to a ninth-place finish, up from 13th a year ago.

“It feels nice, I didn’t do as well as I was planning,” said Scott. “It definitely feels good to be back up on the podium.

“It’s like a dream come true that we made it to state (as a team) because it means so much more, rather than being an individual. You’re with people that you know are going to help push you which is nice.”

STATE CROSS COUNTRY: North back at state for first time since 2004

FORT DODGE, Iowa – The emotions were flowing afterward as the Woodbury Central/Kingsley-Pierson girls cross country team put a cap on its stro…

ROCK RAPIDS, Iowa – The stressful nights are over for Gable Sieperda.

Sibley-Ocheyedan's Grant Brouwer quickly made a name for himself

SIBLEY, Iowa – The only thing more impressive than how high Grant Brouwer can jump is how quickly he has turned himself into one of the state’s best.