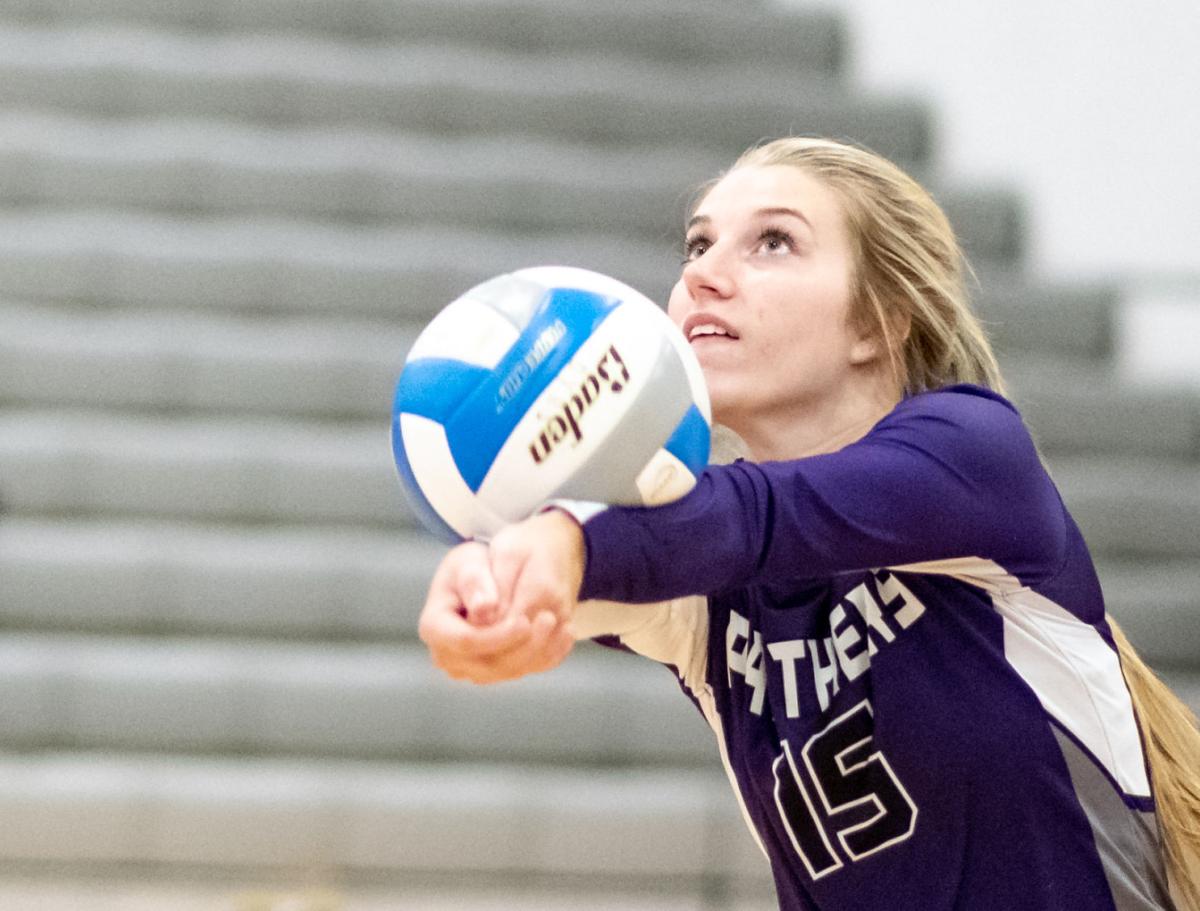 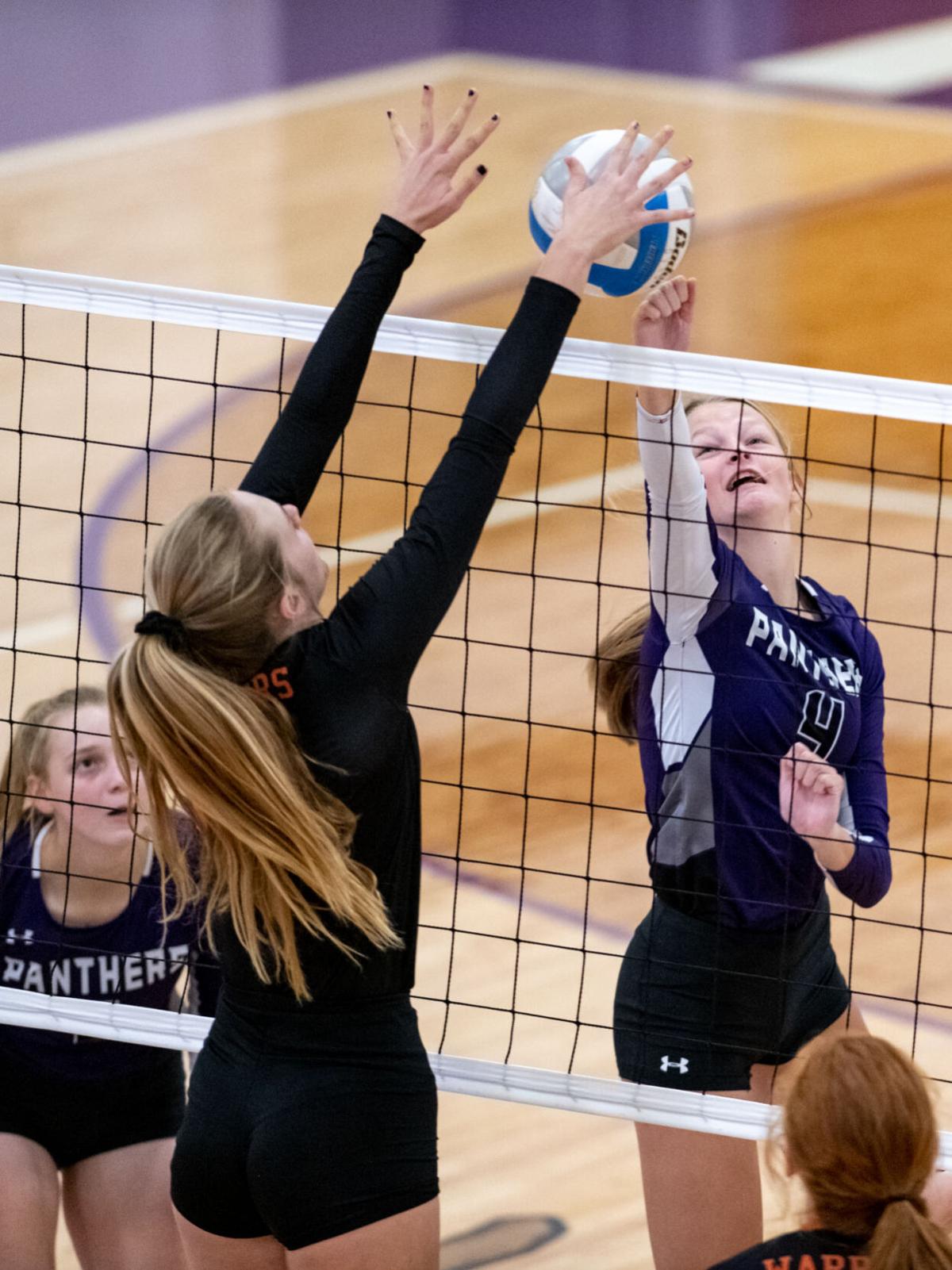 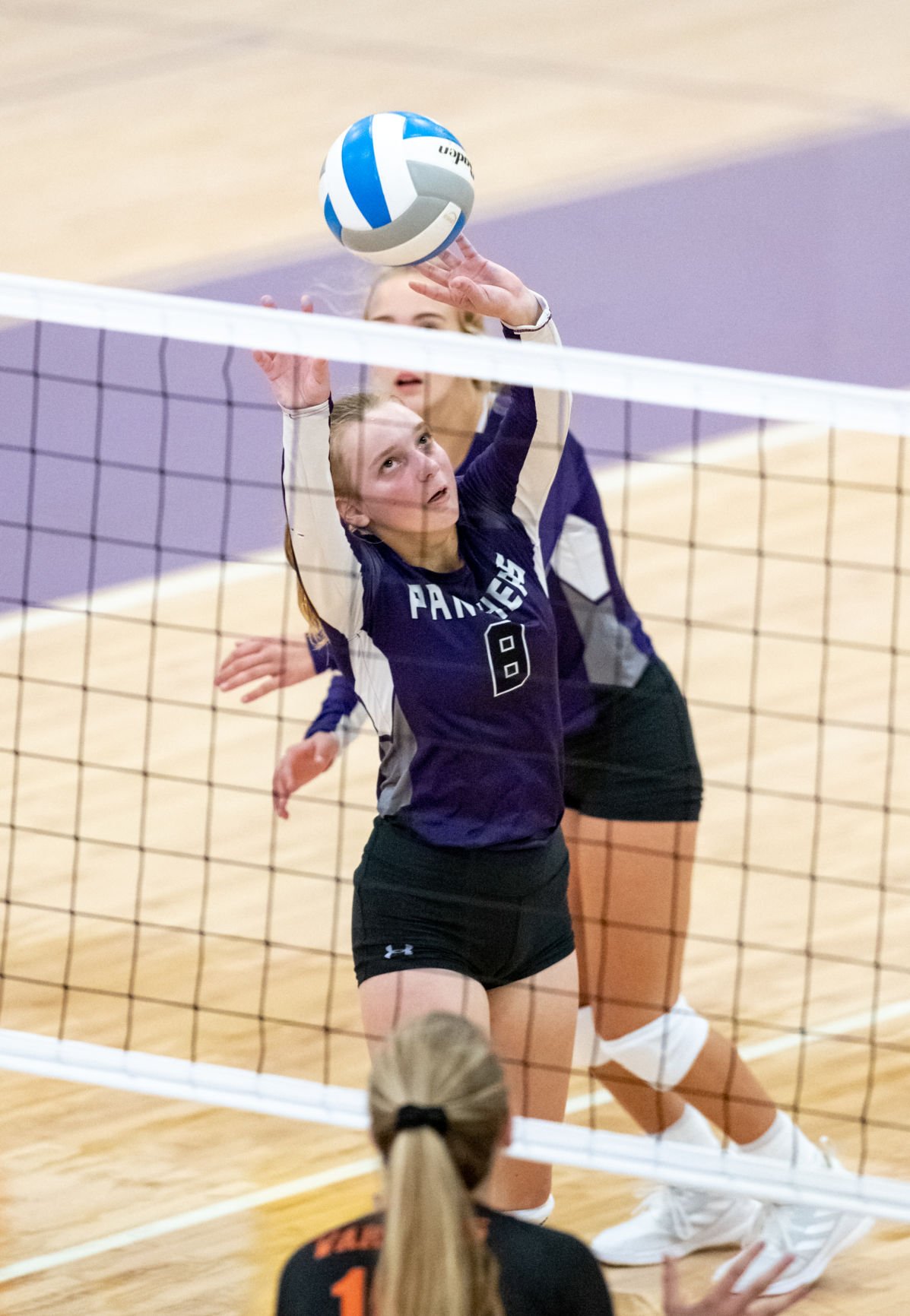 NORTH SIOUX CITY — Rachel Rosenquist and Tori Schultz were among those on the Dakota Valley High School volleyball team who weren’t scared at the size of the Sioux Falls Washington players.

The Panthers, ranked second in this week’s South Dakota media prep volleyball Class A poll, defeated the Warriors in four sets to get the win.

“I’m very pleased,” Panthers coach Mary Miller said. “That’s a huge, huge win for us. It was a great win for us because we were tested, and we wanted to be tested. And our kids responded in a really positive way.”

The Warriors established their size early. Their tallest player, 6-foot-5 Sydni Schetnan, gave the Panthers trouble and ended up with 11 kills on the day.

The Warriors took a 9-8 lead in the first set, and didn’t relinquish their lead. They ended the first set with a 7-1 run that included two Schetnan kills, a Zoie Bertsch ace and an assisted block between Katy Richardson and Sydney Jensen.

During the first intermission, Miller told her players not to be scared of the Warriors’ size.

Miller admitted she was concerned heading into the second set, given that the Panthers were already down a set to the No. 4 ranked team in Class A, who also beat No. 2-ranked Watertown on Thursday.

“They kind of handled us, and we’ve had matches like that,” Miller said. “That happened to us against Sioux Falls Lincoln. So, there, you have to stay calm as a coach. We came out and started getting some kills, and the girls realized that we could play against this height.”

Miller also told the girls a couple other things, including to minimize errors and to attack at the net. She knew that blocking would be a key factor in the game, and it’ll be a key factor when the Panthers go on a deep postseason run.

Miller told her Dakota Valley players that to beat the size, they needed to beat the block and win at the net.

“The setter has to keep the ball off the net a little bit,” Miller said. “That one block was massive in Set 4, but it was a combination of maybe the ball was set a little too tight. I thought (DV setter) Logan (Miller) did a really nice job of keeping the ball off when she went up against (Schetnan). She was matched up with Logan for three rotations, but she didn’t hurt us because she doesn’t hit line.”

The Panthers’ defense forced the Warriors to hit toward libero Taylor Wilshire, who had 25 digs.

Logan Miller had 40 assists in the win, and the sophomore setter knew the Warriors had size. She had a little bit of anxiety going up against the Washington size, but Logan Miller faced those fears head-on.

“I was against Sydni, but I was a little scared. I just remembered all my practicing and what my coach has been teaching me,” Logan Miller said.

“We knew that their defense wasn’t very good, so our main goal was to get them out of system,” Logan Miller said. “As far as setting, I wanted to move it around so they would get all jumbled on the other side. I feel like what we did was hit a bunch of balls right where we needed to hit them like, and we tipped a bunch where we needed to.”

The Panthers and Warriors were tied at 17-17 in the second set, but the Panthers pulled away in set No. 2, thanks to two Rosenquist kills at the net.

Atchison then had an ace, and in the next rally, Rosenquist and Sophia Tuttle — both 5-10 — teamed up to block a Washington hit at the net.

The Warriors then made two errors toward the end to surrender the set.

Dakota Valley jumped out to a 10-2 run in the third set. There, the Warriors committed five errors and four different Panthers had kills.

The Panthers spread the ball out evenly, and the stats back that up. Atchison led the Panthers with 13 kills while Rosenquist had 11. Tuttle and Jorja VanDen Hul also had seven kills in Saturday’s home win.

There will be no shortage of wrestlers from Siouxland when Night of Conflict comes to The Arena this weekend: The boys card features four Northwest Iowa wrestlers, and the girls' lineup includes three across Northwest Iowa and Northeast Nebraska.

SIOUX CITY — It’s been a turnaround season for both the Sioux City North and Bishop Heelan volleyball teams this season.