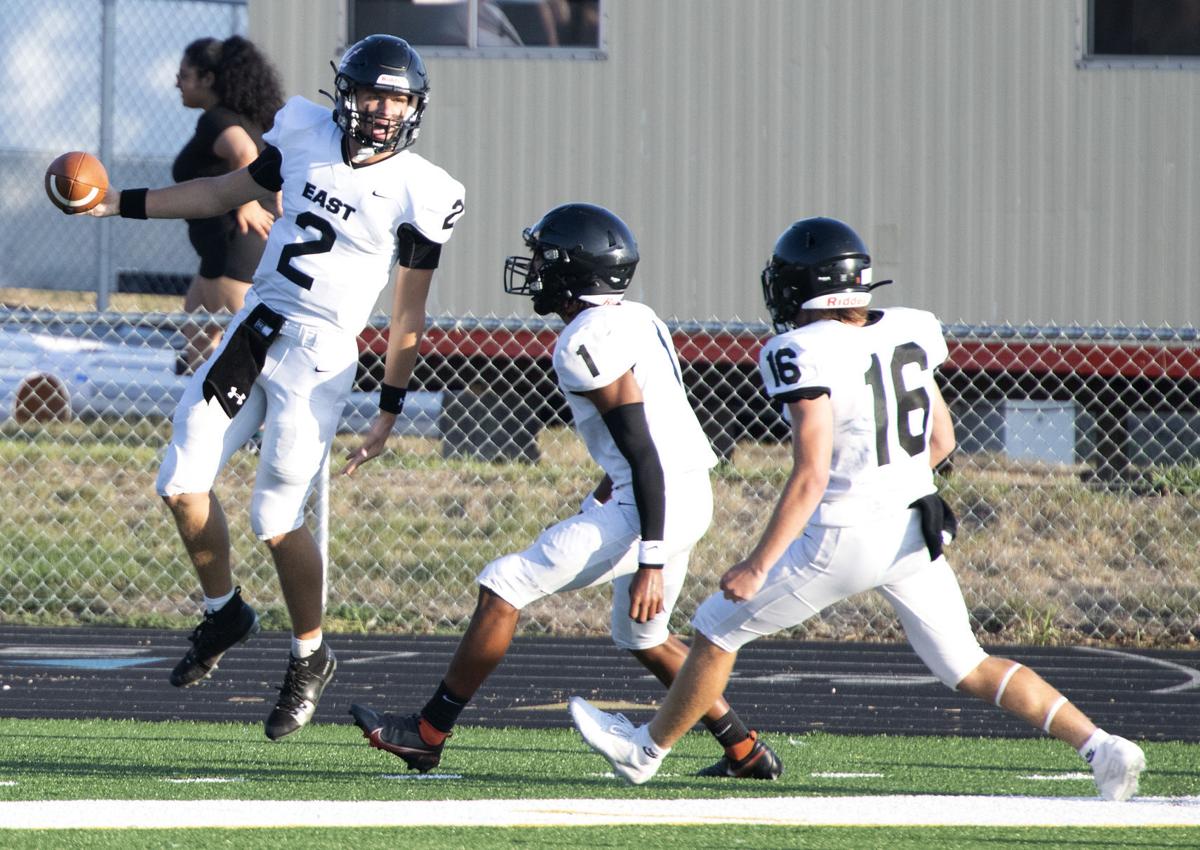 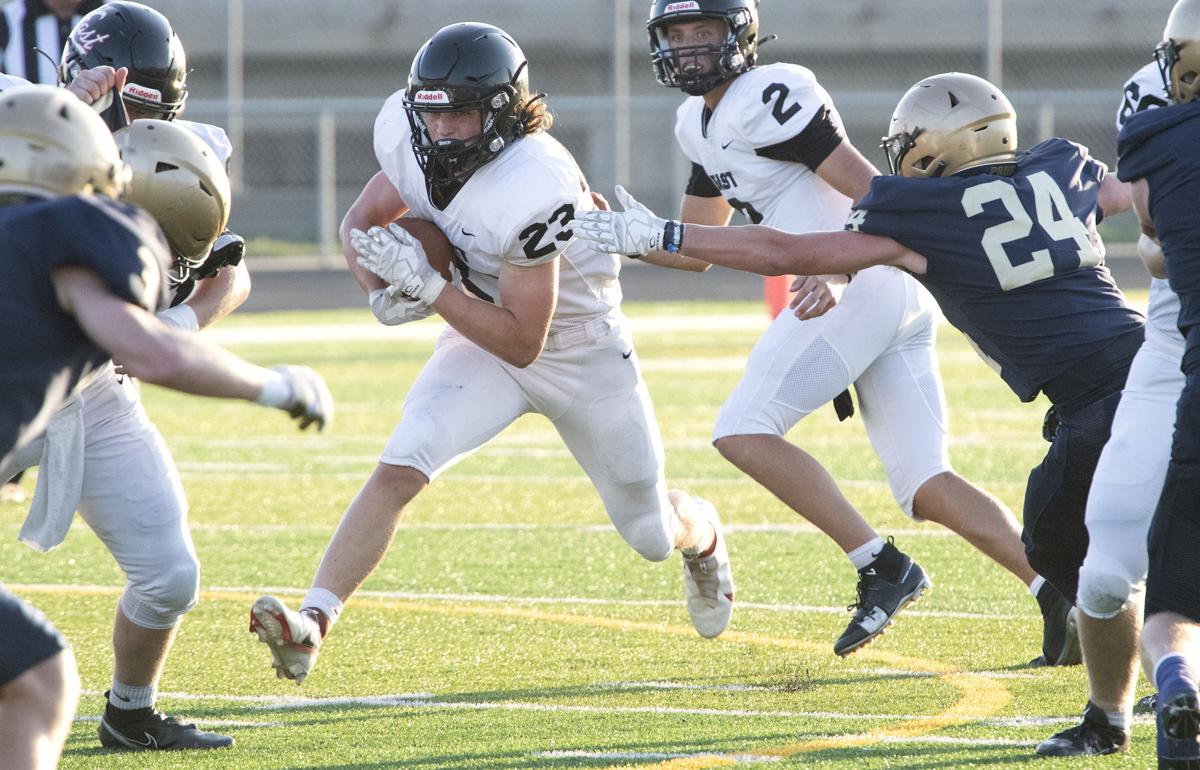 SIOUX CITY-- The Sioux City East football team scored early and often on Friday night at Elwood Olsen Stadium, as the Black Raiders dominated Sioux City North to the tune of a 54-0 win.

East roared out to a hot start in the first quarter as the Raiders went 65 yards on their first drive for a touchdown, with senior quarterback Luke Longval capping off the series with a six-yard scoring pass to senior wide receiver Taejon Jones.

After North's first drive ended with a punt, Longval and Jones quickly connected for another touchdown, this one a 52-yarder on the first play of the Black Raiders second drive.

East went 51 yards for another touchdown on their third series, with junior Brecken Schossow running the ball in from the one-yard line. By the end of the first quarter, the Black Raiders had a 21-0 lead.

East’s defense continued to dominate the North offense in the second quarter. The Stars turned the ball over on downs to start the frame, as North quarterback Carson Strohbeen couldn’t manage the first down on a 4th-and-1 quarterback keeper.

North’s next drive ended in disaster, as Schossow blocked the North punt, to give East the ball at the 28 yard line. Six plays later, senior Jacob Schroeder kicked a 27 yard field goal to put East up, 24-0.

North managed a first down on its next drive, thanks to a five yard run on second and two from senior Dedric Sullivan. But the Stars eventually punted it away, and Longval connected with junior Kelynn Jacobsen for a 66-yard yard touchdown on the second play of East's next drive, to put the Raiders up, 31-0.

East continued to pour it on in the third quarter, with Longval hitting Schossow for a 68 yard touchdown pass to put the Black Raiders up, 40-0, on the first drive.

The pain continued for North on the next drive, as the Stars botched the punt attempt, and East ended up taking over the ball at the four yard line. Junior Brady Wavrunek then took the ball twice, and ran it in from the one yard line to make the score 47-0.

North’s next drive ended with another three and out, after which East added even more points to the scoreboard.

Junior Cole Ritchie came in at quarterback midway through the third and immediately made an impact, driving the Raiders 66 yards for the touchdown, with sophomore Rob Emerson earning the score on a 20-yard pass.

That touchdown put East up by the final score of 54-0.

The Black Raiders outgained the Stars in total yards, 429 to 98, as Longval finished 12-for-20 for 283 yards, with four touchdowns and one interception. In the rushing game, Tyson Helseth-Bryant went 44 yards on three carries.

Jacobsen and Jones both had five receptions in the game, with Jacobsen putting up 97 yards and a touchdown, and Jones finishing with 82 total yards and two scores.

“I was really proud of our effort, I thought everybody played hard,” East head coach Brian Webb said. “I thought our special teams was good, we had a blocked punt, we had a safety. We had almost every kick in the endzone and we made almost every PAT, and we went 1-for-1 in field goals. It was just a complete game in all phases for us.”

With the win, East improved to 2-0,  after starting the season with a 43-7 win last week over Bishop Heelan.

North finished the night with 22 total passing yards, and fell to 1-1 on the season with the loss. The Stars finished with six first downs in the game, four on rushing plays and two on penalties. North also went 0-for-12 on third down conversions.

“We put a lot of faith in offensive line this week, and we just missed some blocks,” North head coach Mitch Mohr said. “We were one or two good blocks away from making a five yard run out of a 20 to 25 yard run.”

“We’ve got to learn from our film. We’re going to sit and we’re going to watch. We’re not 54 points worse than these guys. We’ve just got to improve on those mistakes and get ready for Des Moines North.”

The Stars will play the Polar Bears next Friday in Des Moines, while East will play at Le Mars.